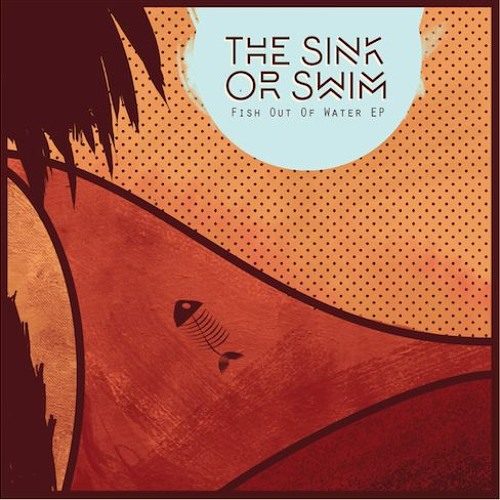 The Sink or Swim – “Fish Out of Water” EP

The Sink or Swim just dropped their debut EP this spring, and it’s a refreshing blend of indie rock with power-pop sensibilities. While it might not tread any new ground, it’s damn catchy and pretty easy on the ears. “Wasted Time” is a sensible opener and a good choice for a first single. The opening bass line of “Revolving Doors” is completely killer, then the guitar wraps a solid groove around it and the vocals kick in. This is another choice for a single, and it’s pretty radio ready, with a chorus will remain in your head for days.

“New Song 3” is where your head wraps around the overall sound of The Sink or Swim, with the lead singer Nate Zeune nearly crooning on this slow burner. Yet, it reveals how their style can be applied to more laidback tracks in addition to more straightforward rock and pop. This is the song where Zeune has a few near Eddie Vedder moments that are pretty spectacular. “On The Run” is another single in waiting, completely pop conscious and reminiscent of The Pixies when they were in a lighter mood. It’s a great blend of Zeune’s gentle, easy-on-the-ears voice with the alt-rock sound of the band.

Closing out the EP is “Faith,” which starts as a slow, loping number that smells of Sonoran Desert wind, with a near Spaghetti Western sound to the minute-long intro, but then the guitars kick in. The end result is a solid number that veers toward alt-country territory and serves as a great ending. For however good the Fish Out of Water EP may be, The Sink or Swim are an entirely different force live, whether they play songs from this record or the new material they are working on, which suggests that their next release is not far off.