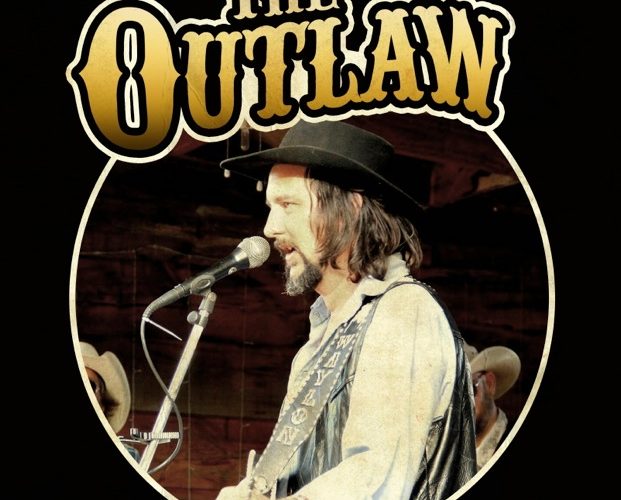 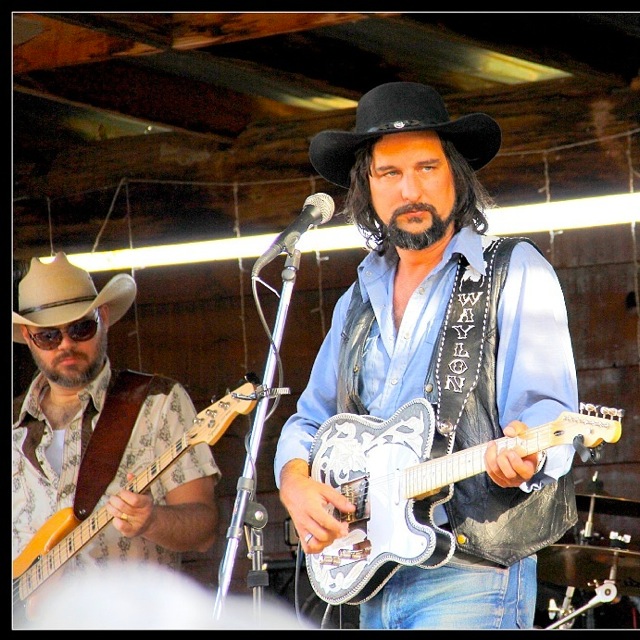 Country musician August Manley is a man with multiple missions.

First and foremost, Manley is a devotee of what he considers to be “truthful” music, and he is a man who divides songs and musicians into two distinct categories. “To me there are two kinds of music: good music and bad music. Anything in the former category inspires me to play, sing and write music,” Manley says.

This may be an oversimplification, but when it comes to completely subjective areas, like whether the music you are listening to is “good” or “bad,” it certainly makes things easier to figure out where to spend your time. For a lot of music lovers, this is probably very familiar territory. You either like a band, for example, or you don’t. (If only music reviewers could get away with one-word reviews.)

Manley, who turned 41 on May 22, finds himself in the upper echelon of local musicians, in that he is able to support himself by playing music and is doubly fortunate that his main gig takes him all over the country to play music he loves for enthusiastic crowds. Much of the year, Manley is part of an act called The Highwaymen Live, an ensemble of musicians who pay tribute to the work of country super group The Highwaymen, which was formed in 1985 with original members Johnny Cash, Waylon Jennings, Willie Nelson and Kris Kristofferson. They were active for about a decade, racking up numerous awards during their time together and selling millions of records worldwide.

Manley, who holds a degree in orchestral music and cites artists as diverse as Richard Wagner, Iron Maiden, Pink Floyd and Frank Sinatra among his many influences, takes on the Waylon Jennings role in the tribute act that he has worked with for the past two years. In addition to his duties in The Highwaymen Live, Manley also fronts his own Jennings tribute band, called The Outlaw, here in Phoenix. The Outlaw are billed on the singer/guitar player’s website, www.outlawcowjazz.com, as “the world’s premier Waylon tribute.” Bold words, for sure, but here at JAVA, we’re pretty convinced it’s completely accurate. More important, these are not the easiest boots to fill. 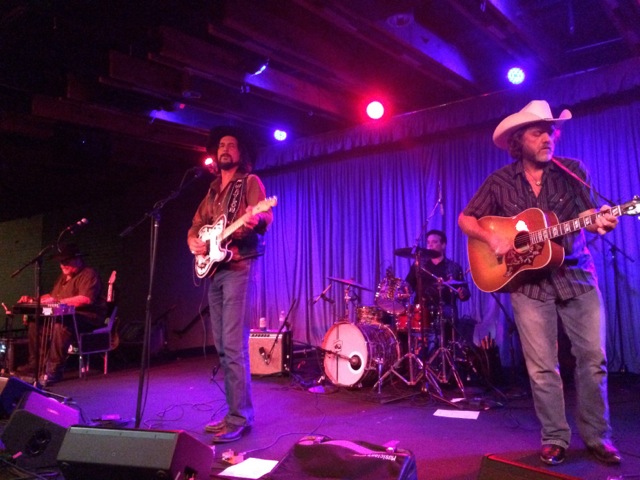 When it comes to Jennings himself, few musicians have had careers as varied and, let’s be candid, as legendary as the man who once played bass with Buddy Holly and who wrote the theme song for “The Dukes of Hazzard” TV show, as well as serving as the iconic show’s narrator. While Jennings’ importance in the entertainment world is not news to anyone who has followed music over the last five or six decades, it is important that, even 14 years after his death, we remember the legacy of a man who loved this Valley.

In 2005, Manley first did a set of Jennings’ music at the Tractor Tavern in Seattle, Washington, and the reaction was so good, he decided to keep doing it. “I was making my living in Seattle playing a lot of jazz and rock and roll. I had a birthday coming up, so I asked some buddies if they wanted to play Waylon’s music one night. We were just expecting to have some beers and some fun, but it ended up being a pretty good crowd, and we started getting calls about once a month to keep doing it,” Manley shares via phone while driving through Austin, Texas, between Highwaymen Live shows.

The draw of playing Jennings’ music, for Manley, stems from growing up on his grandfather’s farm outside of Tacoma, Washington, and listening to many of the “classic” country greats, including Jennings. “I grew up on all that—listened to a lot of country music—so that’s where my heart’s always been,” Manley says. “Growing up watching ‘Dukes of Hazzard,’ I think [Jennings] is the pinnacle of country recording artists. Where he really shined was in the studio. I always thought he was the best when he recorded a song, even if it wasn’t one he wrote. He always made any song his own.”

A fairly recent Valley transplant, Manley has been learning the ropes of the local music scene after spending time in Washington, Florida and elsewhere, playing music since he was a teenager. During his initial visits to town with his Jennings tribute act, he was booked by Dana Armstrong, a local music promoter and super fan whose Valley Fever shows have been a Phoenix-area mainstay since 2005. Armstrong says she was immediately drawn to Manley.

“I was impressed right away with his dedication and talent as a Waylon tribute artist. I love to escape to other eras, so this is my kind of band. His current [version of The Outlaw] featuring Tod T. Bur, Chris Orf and Jim Bachmann is a top-notch tribute to Jennings, and it’s a crowd pleaser for sure,” says Armstrong, who went on to share her love for Jennings’ music. 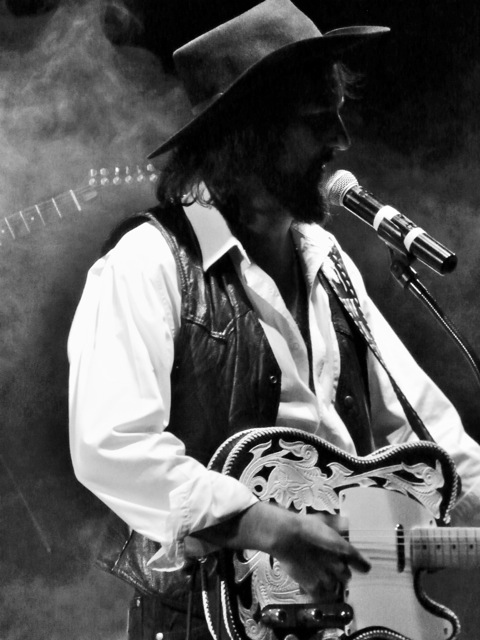 “Waylon played whatever he felt like playing, and it wasn’t always country. His covers of Steely Dan’s ‘Do It Again’ and Fleetwood Mac’s ‘Rhiannon’ come to mind. But his sound was distinctly his own, and I think it’s very hard to replicate. The driving simplicity and the unique quality of his voice separated his sound from his peers. To me it is linked synesthetically to the desert. He does mention in his autobiography that Arizona was his favorite place.”

There is clearly a small mutual admiration society between Manley and Armstrong rooted deeply in the music they both love. “[Dana and I] have real similar tastes in music, and because of what she does with Valley Fever, she was extremely helpful with me getting my legs down in Phoenix. If it wasn’t for her, I probably wouldn’t have moved down here, but it was on the radar because Waylon spent a lot of his life there,” adds Manley.

Armstrong also says, “[Manley] does a great job of maintaining the aura of Waylon, who has a huge presence here in Arizona. Not only his music, but his independent spirit resonates with a lot of the musicians here who have roots in punk rock or other non-country genres.”

For Manley, there is a little regret that he did not make the move sooner. “I probably should have moved to Phoenix a long time ago. I really love it here. It just kind of immediately felt like home. I’ve met a lot of people who’ve become really close and good friends, playing this music, because Waylon was here and was so influential. Every time I do a show, I meet people who share Waylon stories with me,” says Manley.

When Manley is not playing Jennings’ music, he follows an even more personal mission by writing, recording and performing his original songs. He is looking to release as many as four albums during the remainder of 2016, which will be available on his website. He has two albums (one recorded in Nashville, the other locally) ready for release on June 14, the day before Jennings’ birthday. “I’m really excited about the [newest] record. I’m happy with the songs and with the production on it,” shares Manley. “I recorded it in the Coronado district at Sonic Piranha. It’s a fantastic little place. Darren Baum [who owns and operates the studio] co-produced it with me. When I first moved out here, I wrote a lot of material,” adds Manley, who played every instrument on the album except drums and pedal steel guitar (which was done by Valley legend John Rickard).

From the two (early in the process) tracks he shared with JAVA, it’s clear that Manley is one supremely talented individual. Fans of Jennings (and Manley’s tributes to Jennings) will definitely respond to the original material, but this is not to say it sounds exactly like Jennings. Manley has his own style, which is firmly rooted in a more classic, pre-1980 country sound. This is the sound that brings a certain level of honesty or truthfulness that Manley loves.

“I think that the stuff they are calling new country today is, honestly, pop music. The thing that draws me to the [outlaw country] sound and will allow that music to live on forever, unlike a lot of what is coming out today, is that there’s an honesty to it that you just don’t find anymore. This is what inspires me. I want to make records that I like to listen to. There’s no fluff to it,” assures Manley.

Tracks like “Arizona Nights” and “Forty Years,” which will be featured on Manley’s upcoming album, are clearly reflective of his “no fluff” policy, making it a must-have for any country (and honest) music fan.

Manley and friends play Rooster’s Country in Mesa on June 11. 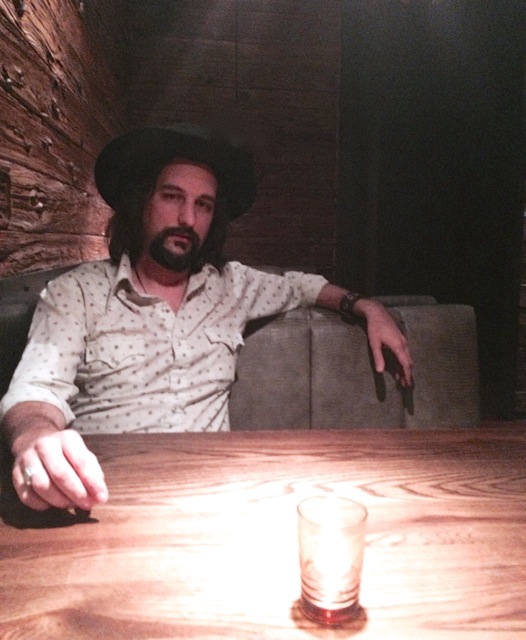