Every artist has to start somewhere—even if that somewhere is Glendale, Arizona, and it includes strobe lights and a Sony Discman. When William Reed moved to Phoenix, he joined the underground music scene and eventually started to DJ on his own. He even remembers doing a house party for high school kids in Glendale.

Through humble beginnings, he made it to the top of the artistic spectrum in Phoenix as a DJ, promoter, educator and businessman. His achievements paved the way for him to leave—not because the scene was bad or anything like that—just because he wanted more for his art.

His story about making it begins deep in the heart of Texas.

Reed was born in Texas but raised in Germany. He came back to the United States after high school and ended up in Phoenix by accident. But there was something about the state that grabbed him by the throat. For Reed, Arizona was blank canvas. There was a lot of opportunity to be had, and at times one can be inspired as much by what isn’t present as what is. It was maybe this potential to make a difference, to feel the effect of his influence that made him stay.

Reed’s major break in Phoenix came while spinning records at the old Fat Cats bar on Grand Avenue. That led to the formation of his most famous show, Hot Pink!, which took Phoenix by storm. Reed was the adjunct promoter and rotating resident for the weekly event.

“Hot Pink! pushed the boundaries and the envelope for Phoenix nightlife and brought all the subcultures together under one roof for one night, whether you were goth, alternative, gay or straight. It was a hybrid of electro-clash and indie,” Reed said. 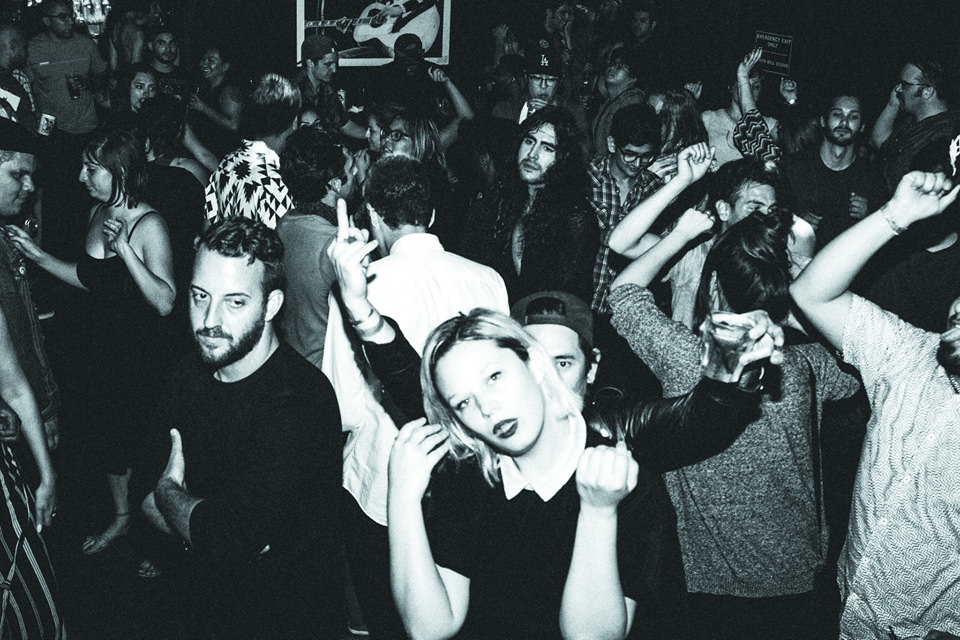 After a while Reed had compiled quite a resume in Phoenix, which enabled him to leave his day job in marketing and become a full-time artist. He was DJing almost seven nights a week, hosting at the only indie radio station at the time and teaching in the music departments of two community colleges, all while operating his Arizona DJ Company. If there was a glass ceiling, Reed not only shattered it but was bleeding from the impact.

Reed went to Europe to do some soul searching in 2013, and during that time he firmed up a business plan he had to open a bar in Phoenix. He told himself that if the bar did not open, he would move to Los Angeles to try something new there. The bar never opened, and he moved without a lot of hullabaloo. Moving wasn’t an easy thing for Reed. He had grown to love Phoenix.

“What I really like about Phoenix is in comparison it is a blank canvas,” Reed said. “It is blank in the sense that if you are an entrepreneur or creative or business-minded on any level, it is definitely a city of opportunity. That’s what I suppose kept me in Phoenix for such a long time. I really felt a part of the community. I really felt a sense of community.”

Despite all that, Reed decided to do what was best for him and his art. So he moved to Los Angeles and looked back only for nostalgia, not out of fear. 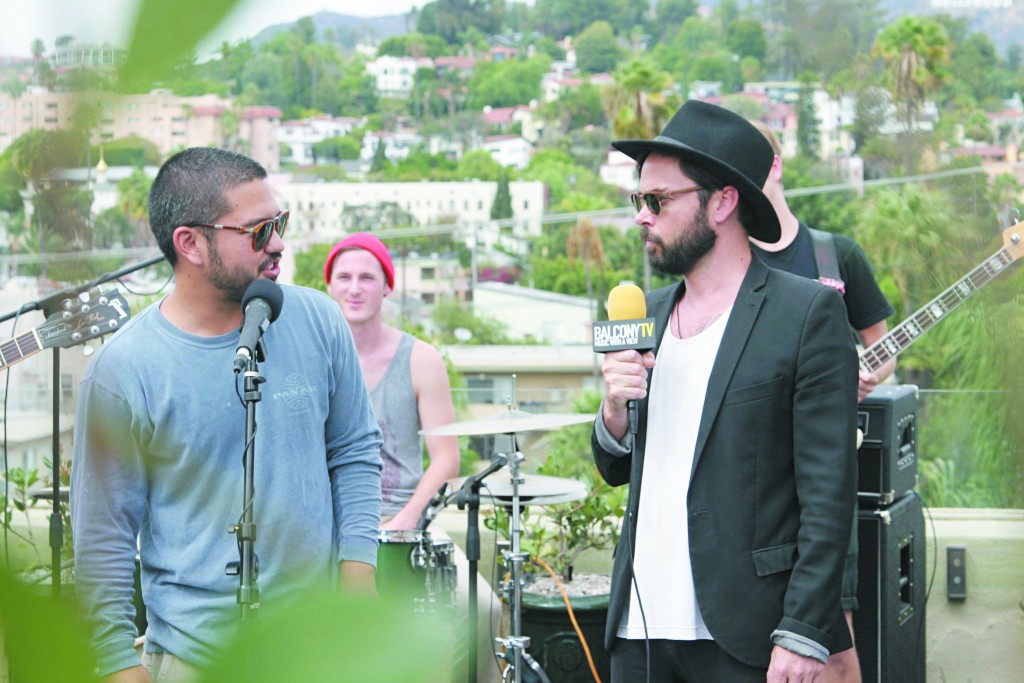 Though Reed was born in Texas, he grew up in Germany—clearly more of a natural incubator for the artist. Growing up he remembers his dad opening the windows of the house and playing the Rolling Stones and Michael Jackson. Though he didn’t necessarily love those artists at the time, their effect on his life was palpable. He grew up during the emergence of rap and harder rock, so at his international high school the kids asked him if he was a rapper or a rocker, because lines in the sand had to be drawn (at least for high school kids). When a girl asked him what he was listening to on his Walkman, he told her Red Hot Chili Peppers, a little-known band at the time with a weird name—and coincidentally, a band that was neither rap nor rock, yet very much both. 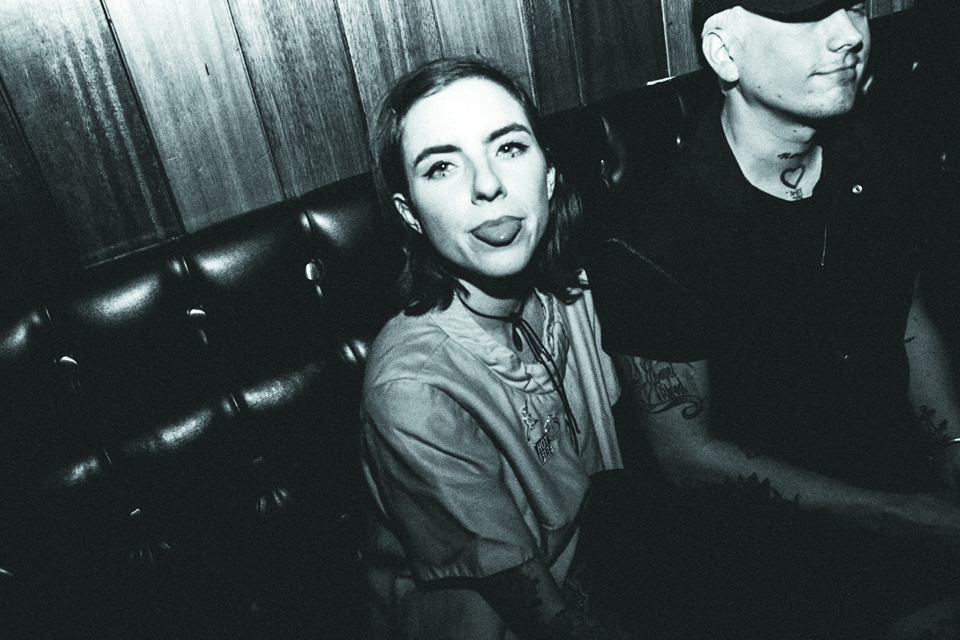 His first concert was in London with some girls who were practically strangers, and he went against his parent’s curfew. It was House of Pain, and that night he lost one of his Adidas, which is fitting if you know the House of Pain. He may have just jumped wrong to the song that made them famous and mocked. Though that was his first concert, one of the most memorable concert experiences for Reed was one that didn’t happen. With much anticipation, Reed had secured tickets to see Nirvana—but they canceled the show. Kurt Cobain’s suicide happened, and Reed would never get another chance to see them, but he kept the tickets and still has them more than 20 years later.

Reed’s most powerful non-concert musical moments came because he happened to walk into a record shop in downtown Heidelberg. He was a long-haired teenage punk at the time, open to the wonders of the world.

“I saw this album on the wall with a face that was screaming [The Prodigy, Music for the Jilted Generation],” said Reed. “All I remember is that I put on the CD and when I got off the bus I was a changed person. There were synthesizers and drum machines mixed with guitars. I didn’t know how to describe it. It literally changed my life.” 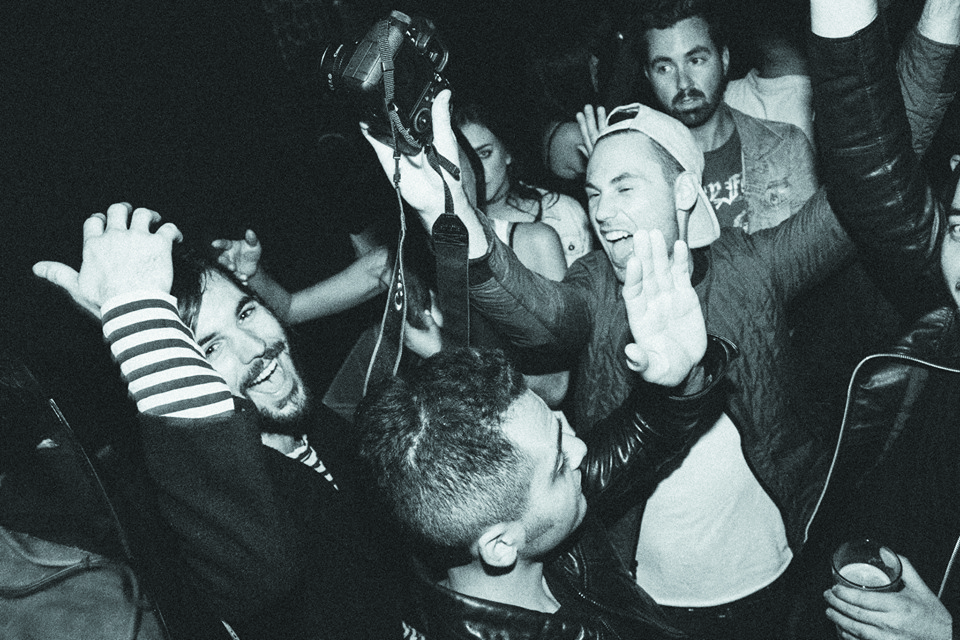 After that when he would go to one of the biggest clubs in Heidelberg, he would leave his friends (who would head to the alternative part of the club) for the underground section, which played dark wave, underground acid house, trance and techno. He would dance and drink Red Bull without even knowing what he was listening to. He felt like the music was pushing the boundaries. Then he started going to raves and fully immersed himself in the electronic scene.

“It had an undeniable effect on my musical development as a consumer and as a DJ.”

Reed has thrived in Los Angeles. On a random night, he remembers finding out mid-set that he was playing music for Nora Jones’ birthday party. On another night he was hired to DJ for Moby. He currently plays records most nights, and when he’s not, he hosts a television show, acts (and has an agent), is recording an album and managing his DJ business—clearly operating on different level than he did in Phoenix. On the side, he is a committed vegetarian activist and volunteers for the National Alliance on Mental Illness.

Reed has always had his hands in a lot of things, and now in Los Angeles his hands are full in different ways that challenge him more as an artist. His music project, Pleasure Principle, is set to release its first single next month, which he’s excited about. The recording is a lot of low- to mid-tempo funk, soul and disco-influenced electronic music. 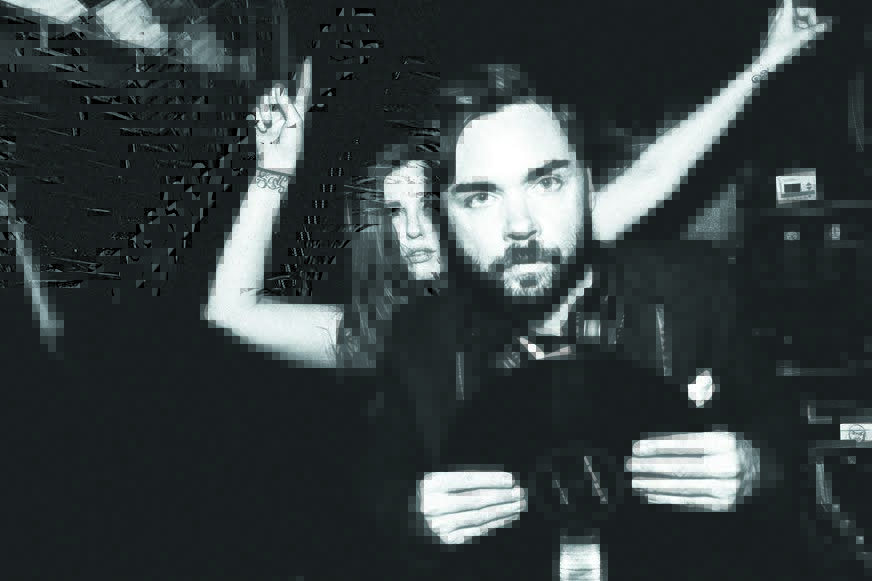 Phoenix is still a place that Reed remembers tenderly. One of the main differences between the two scenes for Reed lies in the means of inspiration.

“When I lived in Phoenix I was inspired by the lack of certain things. I felt like there was a lack of specific kinds of regular, ongoing events. Instead of complaining or moving, I tried to fill that void.”

Los Angeles is different in the sense that there isn’t really a need to bring anything new. It’s a great reflection of the postmodern world, where nothing is really new. There are several people doing the same thing as you, and many doing it better. Reed feels like he gets more inspiration from experiences in Los Angeles, specifically exploring various geographical locations. He loves being in nature and there’s a lot to explore in the area.

“In bigger cities everybody is doing something,” Reed said. “If you have an idea, there is at least one person doing it and doing it well. It is not a blank canvas. At the end of the day, you have to ask yourself what’s important to you. There is so much energy and excitement in L.A. Regardless of what you are doing, you are going to be hard pressed to not feel that energy.”