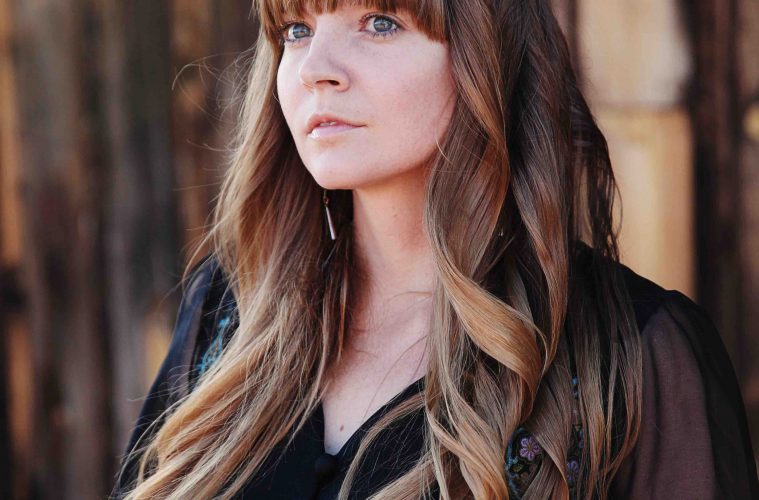 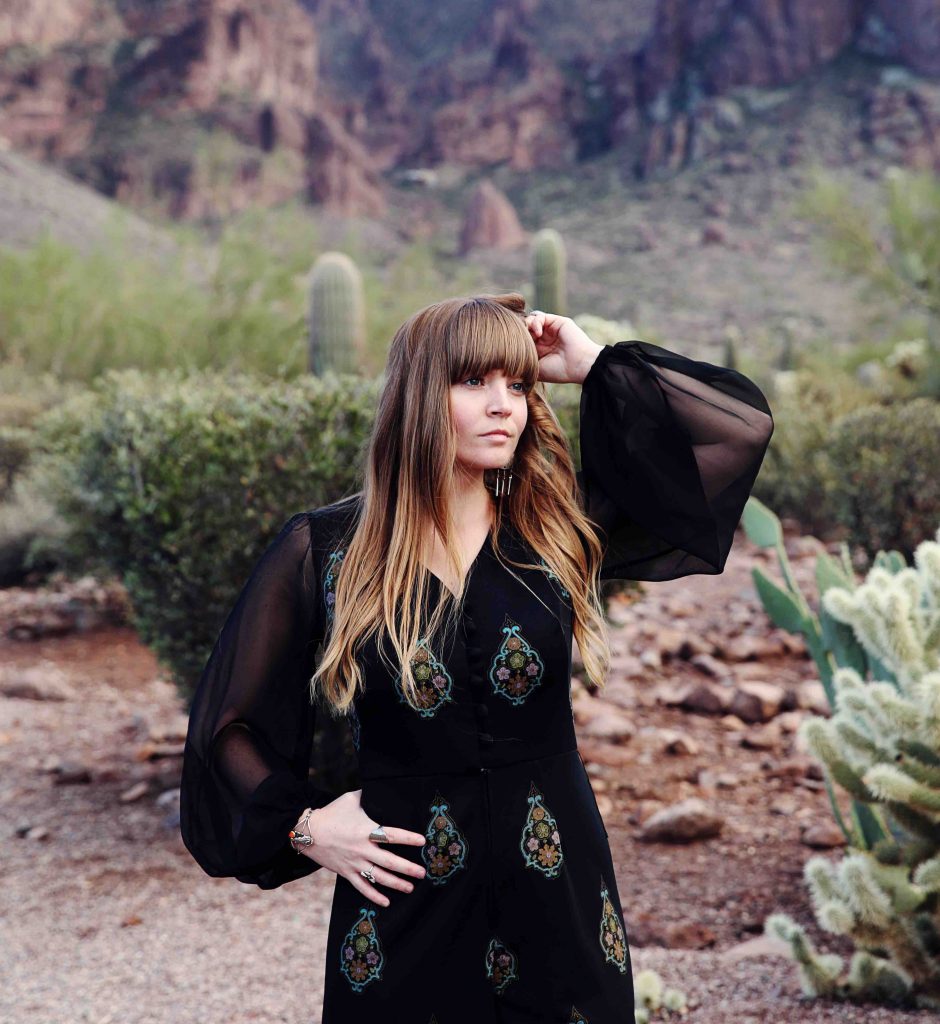 Singer/songwriter Courtney Marie Andrews is an expatriate Phoenician, but not because of a lack of love for the Valley of the Sun. The 26-year-old Scorpio was born here and raised all around Phoenix, but she currently makes her home in the Seattle area. After getting her start in the folk scene around town, Andrews has built a solid career, releasing six solo albums and playing with artists like Damien Jurado and Jimmy Eat World, as well as doing multiple national and European tours. Andrews says she “loves the desert” and misses her hometown, but is much too busy to say that she’s ready to move back home after living outside of Phoenix for the past six years.

Most recently, Andrews released Honest Life (Mama Bird Recordings) in August of 2016, and the record is nothing short of sublime. Tracks like “15 Highway Lines” and “Let the Good One Go” exude a timeless talent that belies Andrews’ relative youth. They are reminiscent of Joni Mitchell and Emmy Lou Harris yet at the same time remain uniquely her own. Currently, Andrews is touring in Europe until mid-March in support of Honest Life. She will return to the States for a few shows and then head home to Seattle.

We caught up with her a few weeks ago to talk about her career and her roots in Phoenix. 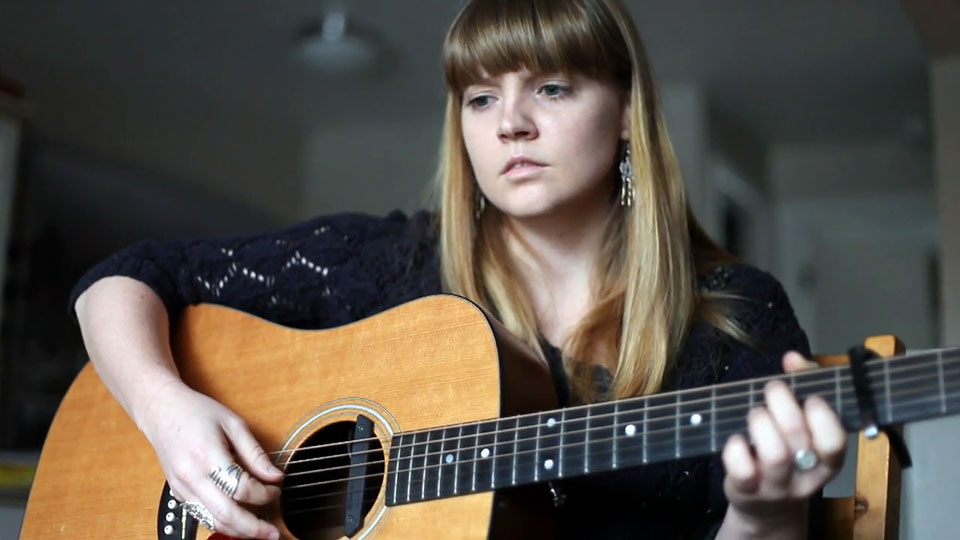 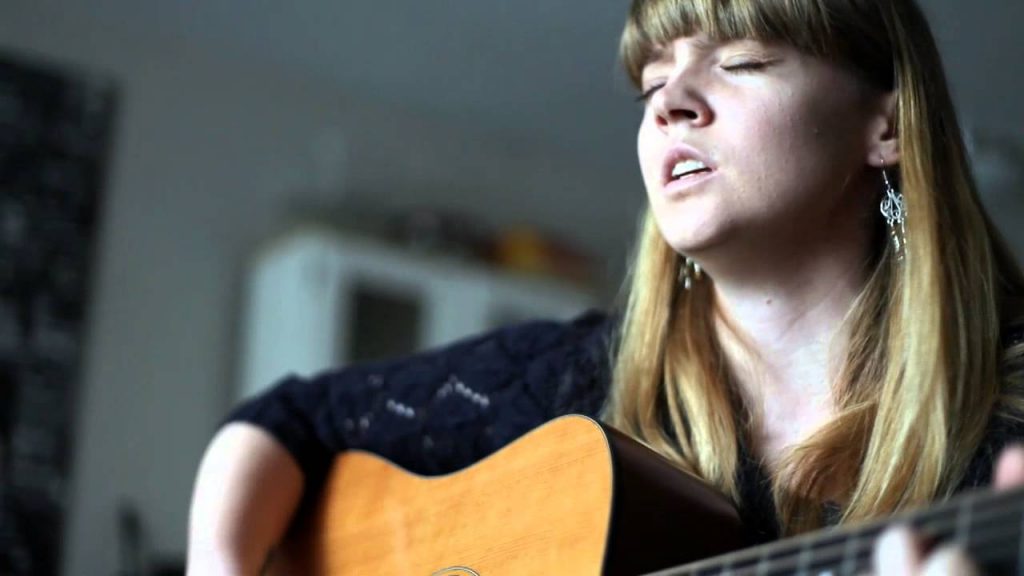 Hi, how are you? Is this still a good time to chat?
It is. I’m just driving [and talking on the phone], which is technically illegal, but I do it all the time.

Are you up in Washington?
I am, but I’m on the road to play in Oregon. It’s a classic Northwest day. It’s cold and gray and gloomy.

We’re doing a series on expat Phoenicians. Tell me about your connection to Phoenix.
I was born and raised in Phoenix. I grew up around 19th Avenue and Union Hills. My mom moved around a lot when I was a kid. She bought our house when I was 12, so I lived there for a long time.

Did you go to Barry Goldwater High School?
I did (laughs). I actually went to Barry Goldwater my freshman and sophomore year, but I couldn’t handle it because I was too much of a weird kid. So I went to the first performing arts school in the north part of the Valley, ACAA [Arizona Conservatory for Arts and Academics]. It was for the artist and slacker kids.

When did you pick up the guitar? When did you know you had to do music?
I think in middle school. I’ve always sang, and I don’t really know where that came from. My mother would put on musicals and I would sing along. My uncle lived in Mexico and got my first guitar for 35 pesos. He sent it to my mom, and I started playing it.

In middle school, I started a feminist punk band. Phoenix had such a huge punk and metal hardcore scene before I started getting into indie and art. When I was 12 or 13, I wasn’t aware of the [indie and art] scene yet. I think I went to one of the first First Fridays. I started busking at those. I would put a little amp out on the corner before it got all corporate. 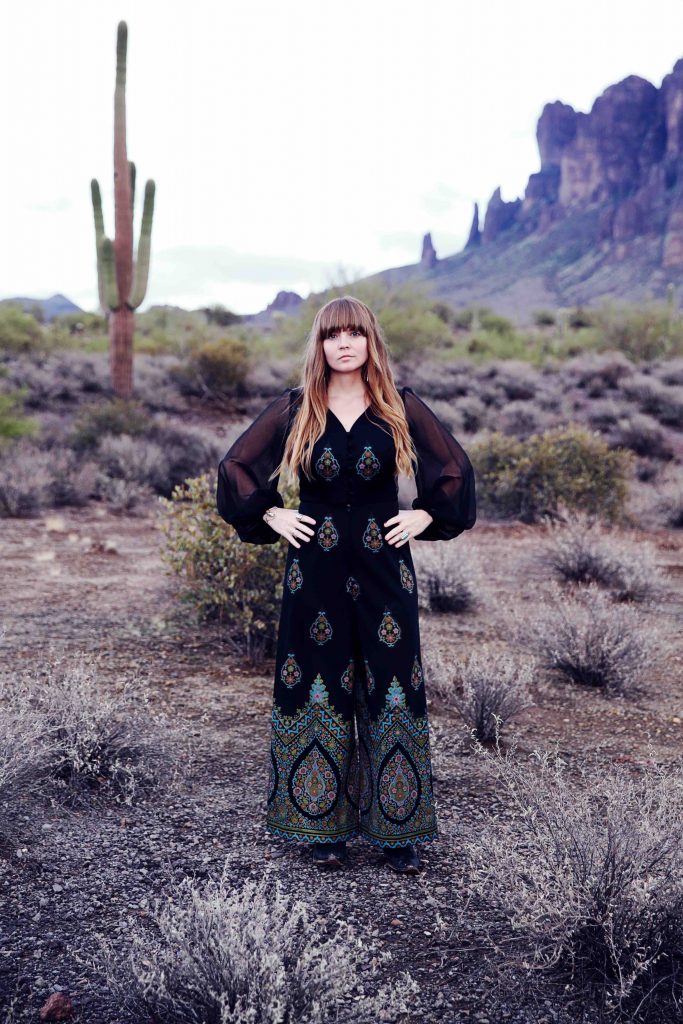 What was the name of your middle school feminist punk band?
We were called Massacre in a Mini Skirt. We weren’t that serious. We practiced in our parents’ houses and tried to record. We took a MySpace photo. We were working really hard and writing songs. We just didn’t record them. We didn’t know how yet.

But you had a MySpace page.
(Laughs) The main legitimacy of the band was that I started writing songs. I realized, shortly after the breakup of the band, that I needed to go to WalMart and get a mic and record on that and a really shitty engineering program called Planet Wave.

Did any of those songs make it on any of your records?
No, those songs are deep in the vault.

What got you into the indie stuff?
Once I started using Planet Wave, they have a recording forum, and I started putting my songs online. People said, “Your music sounds so folky,” and I always thought that was music for older people. I didn’t even know what that term meant. I didn’t have a musical family, and these were things I had to discover on my own. I started looking into it and started finding artists like Elliott Smith and, at the time, Conor Oberst, and was really into the Saddle Creek stuff and the indie underground world.

It made sense, transitionally, to listen to those indie artists because they had a punk underground vibe. They didn’t use the mainstream pop world to get them on tour. I started really, really liking artists like that. Then somebody gave me the record Car Wheels on a Gravel Road by Lucinda Williams, and it ended up being the only CD I had in my car. That record changed everything for me. 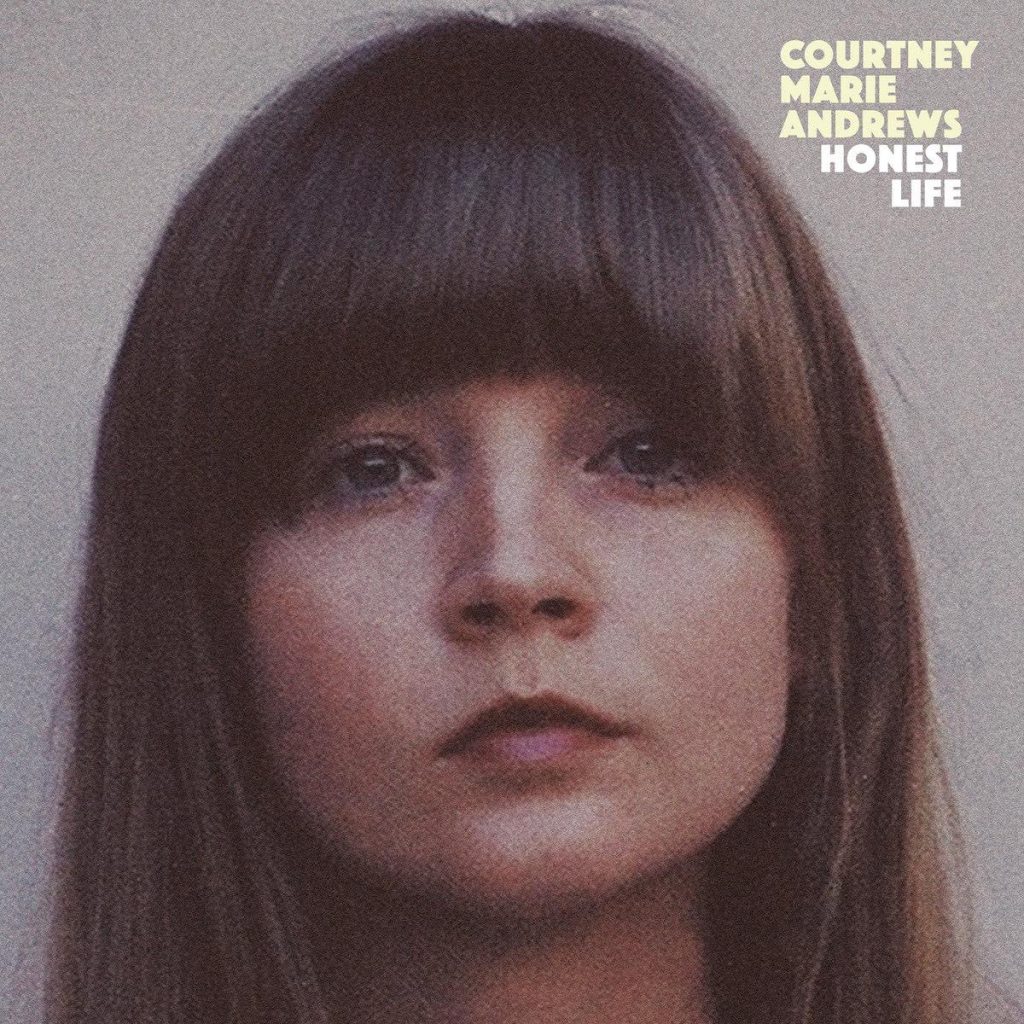 There are some people who do music or play in bands because they think it is the cool thing to do. I think you’re the other kind of musician. You’d be playing music tonight whether it was a gig somewhere in Oregon or your living room.
It’s an integral part of my life. I play music any time I can. I feel like when you’re first discovering music, it is such an exciting time. There is nothing better than finding a record that defines your soul. There is a transition that happens, and it happened to me from punk into the music that really got to me, when I heard the music that shaped me and my songwriting into craft. I always like to think of those times as “college” for me. I didn’t go to college. I went on tour.

What was your first gig?
My actual first gig, I was thinking about it the other day, was at Fiddler’s Dream. I think it is still open, actually. [It is—in Phoenix on East Glendale Road.] They do folk shows there. They had an open mic where I got to play a couple of songs. It was probably in 2003 or 2004, when I was 13 or 14.

When did you realize that music was really happening for you?
It took a while. I feel like I played all the time, and I loved it, but it was a few years, when I was 16 or 17. I got to open some shows at Modified, and I put on a few folk festivals that started doing well. I thought it was the greatest thing that ever happened. I started having higher expectations and started doing it more, but I would show up anywhere with my Behringer bass amp, plug in my guitar and my vocal and just play for free.

I’m guessing you aren’t playing many shows for free anymore.
(Laughs) Yes, but I wasn’t doing it for the money back then. I had five or so good, solid years where I was just able to play. I started doing it when I was so young that I didn’t need to do it for the money. If I got paid $30 for a show, I would be stoked. It’s funny how your views change on that. 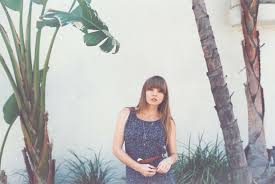 You start doing it as your main source of income, and your expectations change. As you grow up, your skill set gets better, so you should be getting paid more. You put a lot of time into becoming a great musician. When I was 15, I should not have been getting paid. I was not there yet.

It’s great that you had a welcoming scene here in Phoenix to hone your craft. What was your first tour?
I was 17. I went on tour with a local songwriter named Bradley Cluff. (He goes by Bradley & The Materials now.) I started making friends on MySpace with musicians along the coast in L.A., San Francisco and Seattle. I asked Bradley if he wanted to go on tour, and he wanted to do it. It was the best feeling in the entire world. Every break I got from school, every chance I had, I was thinking about my next record and my next tour. I haven’t stopped since.

What prompted you to leave Phoenix and move to the Northwest?
Like I said, I’ve made some really great friends, especially along the coast and up here in Seattle. It got to the point that every time I came up here, I’d stay longer and longer. I fell in love with it. I just wanted to explore and try something new. I wanted to push myself and grow. It was about a month before I turned 21.

I’m assuming it’s been positive for you.
Oh yeah, I’ve cultivated some great friendships. My band is all from here, and I love them to death. I’ve got a little community and life up here. I was doing a lot of bartending at first, but I haven’t had to go back to that lately. There are things you have to do to keep yourself afloat. It takes a lot of the right things happening at the right time to make living off music possible. 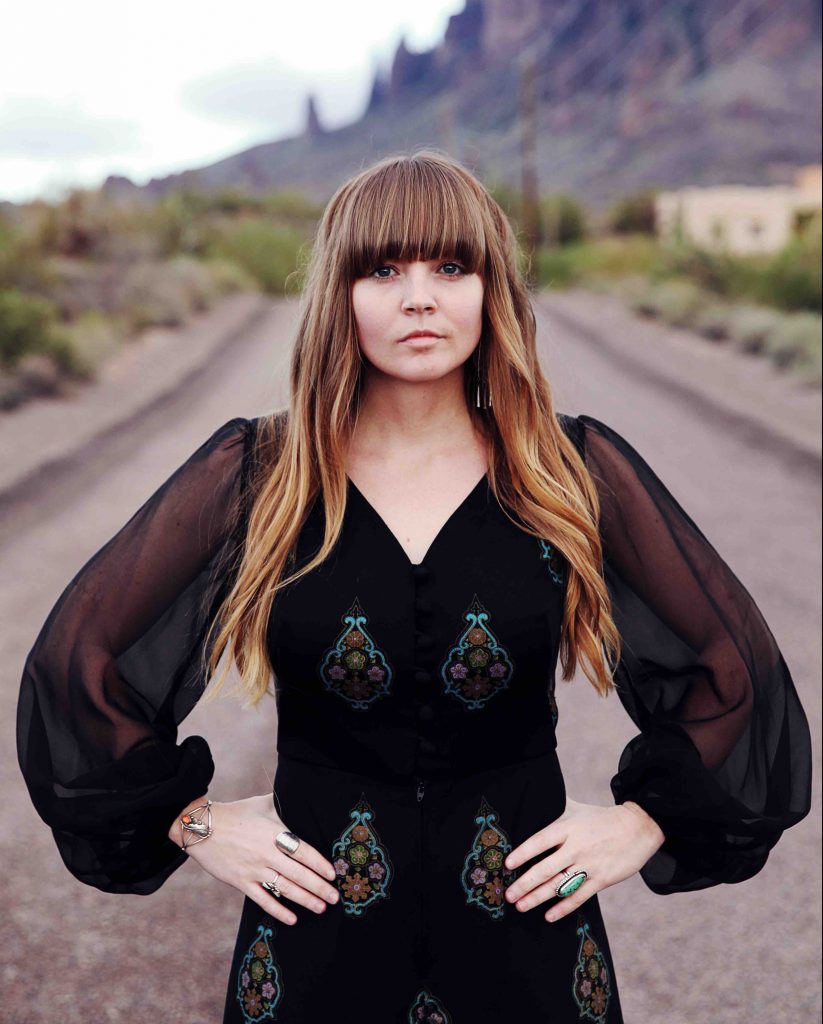 Do you think you would ever come back to Phoenix full-time?
I spend quite a bit of time there because my whole family is there. I visit as often as I can. Right now, I am in such a music “go, go, go” place, so I can’t imagine where I’ll be for the next five years. I love to come visit, and I love to see friends and family. I feel like it will always be my home, but I can’t really say that I’ll ever move back there.

I love the Phoenix music scene. It is an integral part of me. I love that I was able to watch the scene in Phoenix develop into what it is now. Every time I come home, I am completely blown away by what it is now.