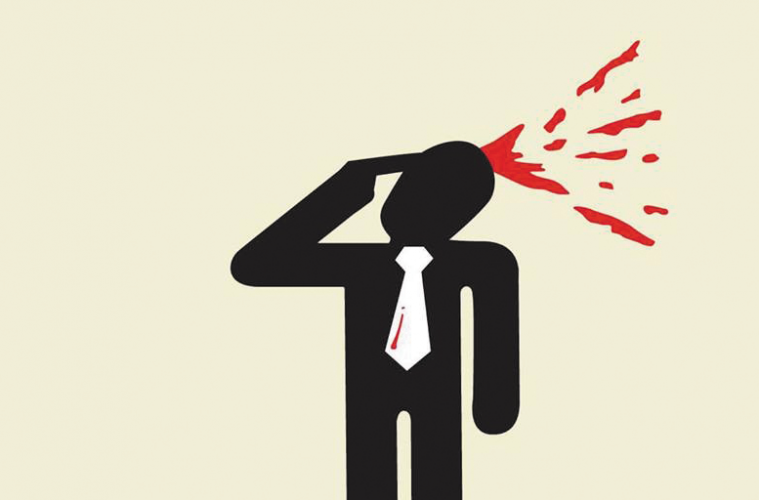 Hostile Work Environment was one of my favorite new bands of 2015, and now they are ready to release their debut EP, Suave Labor. Jake Paxton (Companeros), Spencer Ferrarin (The Redemptions) and Josh MacFarland rock out while pondering aliens, Bob Ross, drinking, smoking and women across four songs that capture the quintessence of the band. Paxton comes across as a bit of a madman on stage, which is conveyed perfectly on the EP.

Suave Labor opens with the hilariously titled “Bob Ross Loses His Shit,” which begins with Paxton rambling about stabbing before the song explodes. It’s a rocker to be sure, and everyone comes together perfectly as Paxton sounds like a younger, more fun Jim Morrison. “Extraterrestrial Lover” was the only single released last year, and it’s definitely a crowd favorite at their live shows. What’s not to love about a song about an affair with a hard-drinking, cigarette-smoking alien? It almost borders on glam rock in the best way possible.

The laid-back groove of “A Few Too Many” is nearly intoxicating, which makes sense for a song about drinking. It feels like a ’70s-era lounge with carpet on the walls, dim lights, haze and all. The EP finishes with “5ths and 8ths,” which is about exactly that, another funky number from a far different decade, celebrating women, weed and whiskey. It’s a great bluesy tune that caps off their first record perfectly and leaves you wanting more, a lot more. Join Hostile Work Environment for their EP release show at Pho Cao in Scottsdale on February 13.