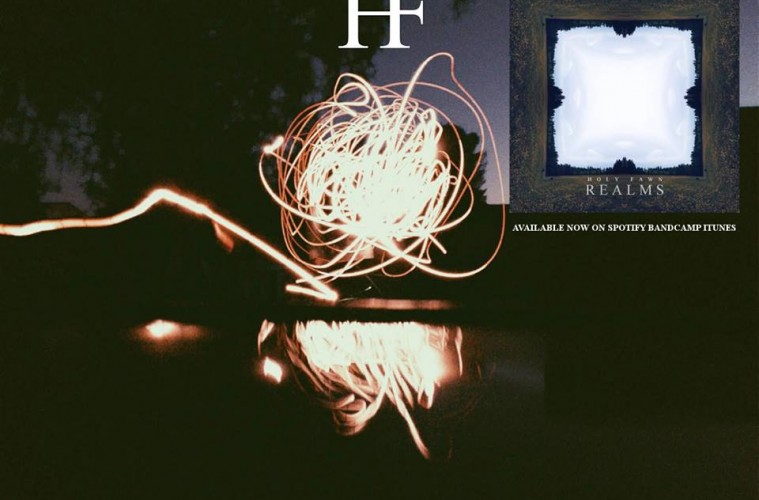 Holy Fawn is the band that has risen from the ashes of Owl & Penny. Lead singer Ryan Osterman reinvented his sound slightly to produce this textural, atmospheric indie rock release that is as quietly aggressive as it is hauntingly beautiful. Clocking in at nearly 35 minutes, Realms is very nearly a full-length, and perhaps it should be treated as such. While the songs “Colossus” and “Amulet” were released as preview singles, they only hint at the grandeur of the rest of the record.

Osterman’s lyrics are heavily drenched in forest imagery, creeks and, of course, a frightened foal.

Opener “Can We Lie Here” is a favorite, with its hurricane guitar delivery and breathtaking vocals. Certainly the singles that follow are as beautiful and dreamy, but choosing this as an opener was a wise decision. “Foal” features amazing pounding drums that define the entire song, adding a darkness and an Earthen rhythm, which is completely appropriate, as Osterman’s lyrics are heavily drenched in forest imagery, creeks and, of course, a frightened foal. While he has reinvented his band, it appears that his lyrical obsessions have remained.

Holy Fawn truly gets their shoegazing sound on for “Gloandi,” which is a slow burner filled with images of death and nature, and probably the most beautiful track found here. The EP concludes with “Lo,” which is downright hypnotic and soothing until it explodes into a wall of solid noise. Holy Fawn, like Owl & Penny before them, seem to reside in a mystical dimension where they write beautifully strange music and only emerge to record it and play it live. Osterman proves that he is one of the most fascinating songsmiths in Arizona, regardless of what he calls his band.