Sometimes you just crave true rock ’n’ roll—not indie, alternative or even punk—just basic balls-to-the-wall rock like The Faces used to do. Well, I’ve found an answer to that craving in four lads called Wyves. You might be familiar with the musicians, Corey Gloden (vocals), Nick Sterling (guitar), Brenden McBride (bass) and Evan Knisely (drums), all vetted local players. 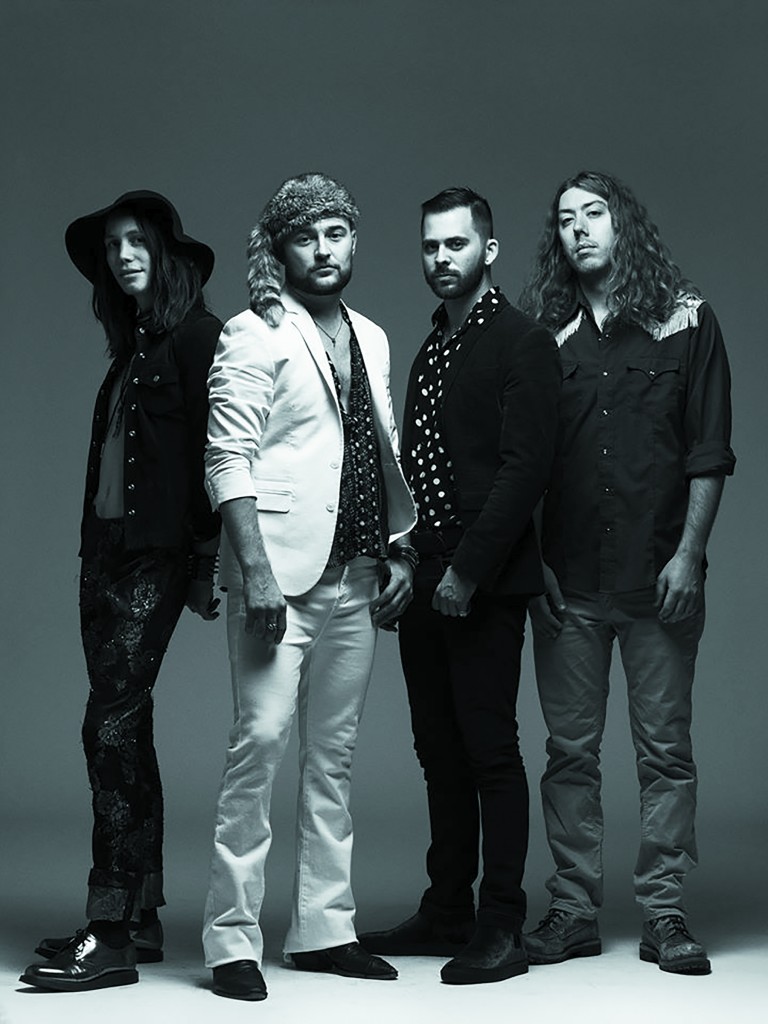 Gloden has been the guitarist for Dry River Yacht Club for the last few years, but long before that he was the frontman for Strange Young Things, a straight-ahead rock band with some great tunes in their canon. A year and a half ago at the SYT reunion (for the closure of the Sail Inn), I asked Gloden when he was going to start doing that again. His reply was, “Oh, just wait, it’s coming.” Less than a year later, Wyves appeared and his rock ’n’ roll promise was made good.

There’s just something about electrified blues in its purest form that gets into your soul. The moment I saw Wyves, they became my favorite new band of 2015. They’ve got talent AND presence, with an authentic sense of showmanship in Gloden, who is a born frontman. Sterling is the perfect maestro guitarist. McBride is one of the best bass players in town, and Knisely just kicks ass on the drums.

It’s no surprise then that Wyves would kick off 2016 with Spoils of War, one of the best rock albums I’ve heard in a while. It was produced at STEM Recording by Curtis Grippe (Japhy’s Descent, Banana Gun), who’s responsible for many of my favorite local rock records from the last few years.

Right from the start, you know that this is going to be an album heavy with guitars as Sterling weaves a mad lead on “Jump Into the Water.” Wyves has quickly accumulated a collection of live favorites from their energetic stage show, and this is definitely one of them. Gloden tears it up with raw vocals—a golden throat shredded by life and whiskey, aged to perfection. The song is an invitation to dive into the album in its entirety.

The title track is one of my favorites and another darling from their live show. “Spoils of War” kicks off with Knisely pounding the hell out of the kit, a beautiful guitar line follows, and then Gloden’s vocals kick in with an early Springsteen vibe. It’s a perfect rock song at just over three minutes long. It will just instantly move your hips, your head and all else. Part rock ’n’ roll, part power pop—every second is a furiously paced ride.
With a classic guitar intro, “Bad Reputation” brings a sexy swagger to the album that feels a bit drenched in danger and evening sleaze, in a good way. Sterling’s solo alone is worth the price of admission. Gloden delivers a glorious vocal that provides a Lothario narrative. He sounds like the big bad wolf talking to a honey in a sundress.

“Bad Reputation” brings a sexy swagger to the album that feels a bit drenched in danger and evening sleaze, in a good way.

One of the most killer guitar lines of the album is nested quite nicely at the beginning of “How to Build the Bomb.” Sterling outdoes himself here with a riff that would make Jimmy Page proud. Gloden rages on the vocals, while McBride and Knisely blow the rhythm out nicely to approach early Zeppelin glory. It is heavy and rocks hard, but still keeps a keen ear on a catchy hook. It may not be as instantly accessible as other tunes here, but it is every bit as solid for a head-banging good time.

There is one song that their growing fan base just goes completely nuts over, to the point of singing or screaming along. “Bitch Has Got Problems” is slightly understated on record in comparison to the complete riot it becomes on stage. Here Kyle Parks from Banana Gun joins in on sax with Cassidy Hilgers of Sister Lip providing backup vocals. For a song that seems so straightforward on stage, it’s become a pretty complex number on the album but serves as a kind of centerpiece. The “good times roll” interlude with Gloden and Hilgers is fantastic as the song builds to a explosive crescendo.

“Goodtimes” brings a bit of funky soul into the fold. Here they pulled all the stops and invited a cavalcade of local friends to the session. It features James Sharp from Japhy’s Descent on trumpet, Zach Lewis of PAO and Dry River Yacht Club on trombone, Parks on sax and Krystilin Woods of Dry River on bassoon. It feels like a song that stepped straight out of the 1970s, when rock was blending with the soul movement that was taking over the charts. “YA YA” quickly follows, and it’s another searing rocker, with a handclap bit throughout that lends itself to being another live favorite.

With an explosive start, “School” continues the rock parade. It seems clear that everyone in the band is academically schooled in all things rock. There is a thing at the end that sounds like an “accordion bag pipe synth” that is actually an army of bassoon by Woods. The entire song harkens back to the vicious days of early Alice Cooper and other like-minded shock rockers.

“The Great Depression” is another live favorite, and here it features background singers that make it an instant classic. Once again, it’s a standout track because it’s got more of a soulful feel, a bit of funked-up spunk without sacrificing a rock groove. One of the more fascinating tracks found here, and it’s as catchy as a social disease.

The awkwardly titled “Rick Moranis (Goodbye, So Long)” is a searing rager, with Knisely’s drums commanding immediate attention. Everyone in the band outdoes themselves for what would be a lesser song in another group’s hands. They rock it hard here, and for me, it’s moved to the top of the list after a dozen or so spins. Much of the joy in this song is found in marveling at the arrangement.

The album finishes with “Puppycat,” which has Gloden soulfully crooning throughout as he sings about his affectionately nicknamed love interest. It’s a fairly unusual song for this collection, but it’s embedded with some fine musical moments, as well as lyrics that are almost sentimentally sweet.

Be sure to catch the release show for Spoils of War on Friday, February 5th at Crescent Ballroom with rock ’n’ roll partners in crime Banana Gun. 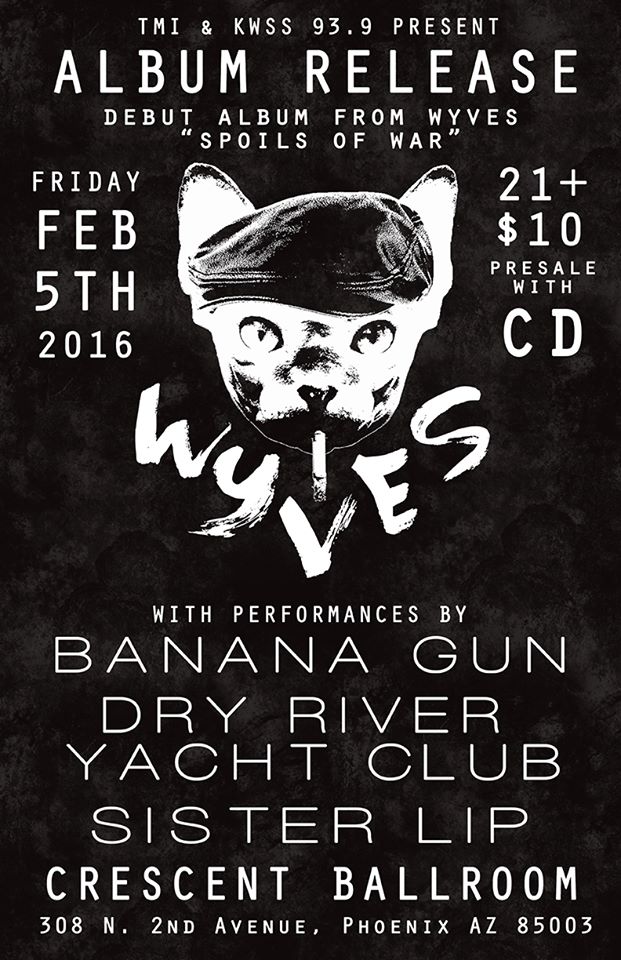