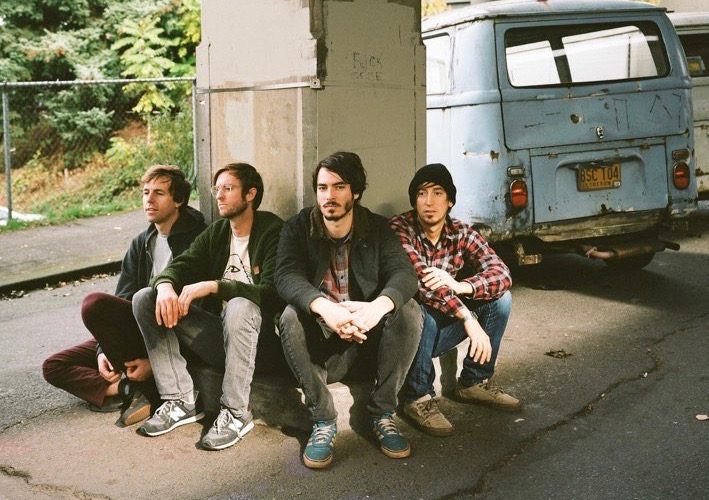 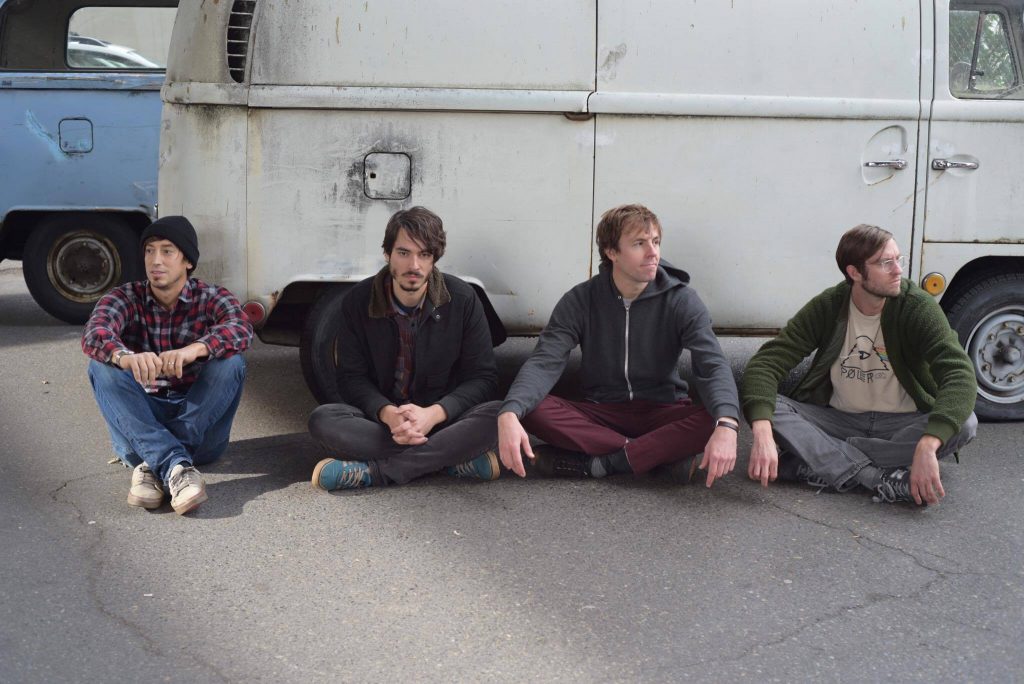 When thinking of bands beloved by other bands in Arizona, the first that comes to mind is Small Leaks Sink Ships. Much of their fan base is either other musicians or people who really get music (including failed musicians who write articles in their free time). Small Leaks Sink Ships are alchemists of sound and architects of orchestrated cacophony. They may have left Arizona a few years ago in favor of the cooler climes of Oregon, but they’re still hometown heroes, musicians whose inspirations were originally drawn from the desert.

Whether it’s their captivating live show or their catalog of masterful songs, Small Leaks stay true to their style while creating something unique every time. Judd Hancock (vocals/guitar/piano), London VanRooy (vocals/drums/piano), Jim Mandel Jr. (bass/guitar) and Ryan Garner (keys/samples/guitar) have done it again, and on October 12 Lefse Records will release Golden Calf, the highly anticipated follow-up to 2015’s Face Yourself, and Remove Your Sandals.

Recently, a friend asked me if Golden Calf was better than its predecessor, and all I could say was that it’s every bit as good, possibly better. But this is their record for 2017, a travelogue of their latest adventures in madness and motion. If Golden Calf was a double album maybe it would be better on quantity alone, but I would say it’s of equivalent power to its predecessor, though more consistent in its vision. Of note, JAVA Magazine has covered every release of Small Leaks (though the first review was by someone other than myself), so this is an opportunity to continue that trend.

The distorted organ kicks in, with other keys, and before you get too fascinated with the layers of sound, they all suddenly appear on “Creepin’,” which opens the album, ending the two-and-a-half-year wait. Angelic choruses swirl in the mix, words become disembodied sounds, and lyrics lose their meaning nearly as soon as you start to keep track of them. The album cover doesn’t feature sacred geometry like the last one, but this seems to be a far more spiritual affair—not in a religious way, but in the way musicians bloodlet their souls into their sound. There is something vaguely uplifting here, a vibe of ascension and seeds that sound like love. 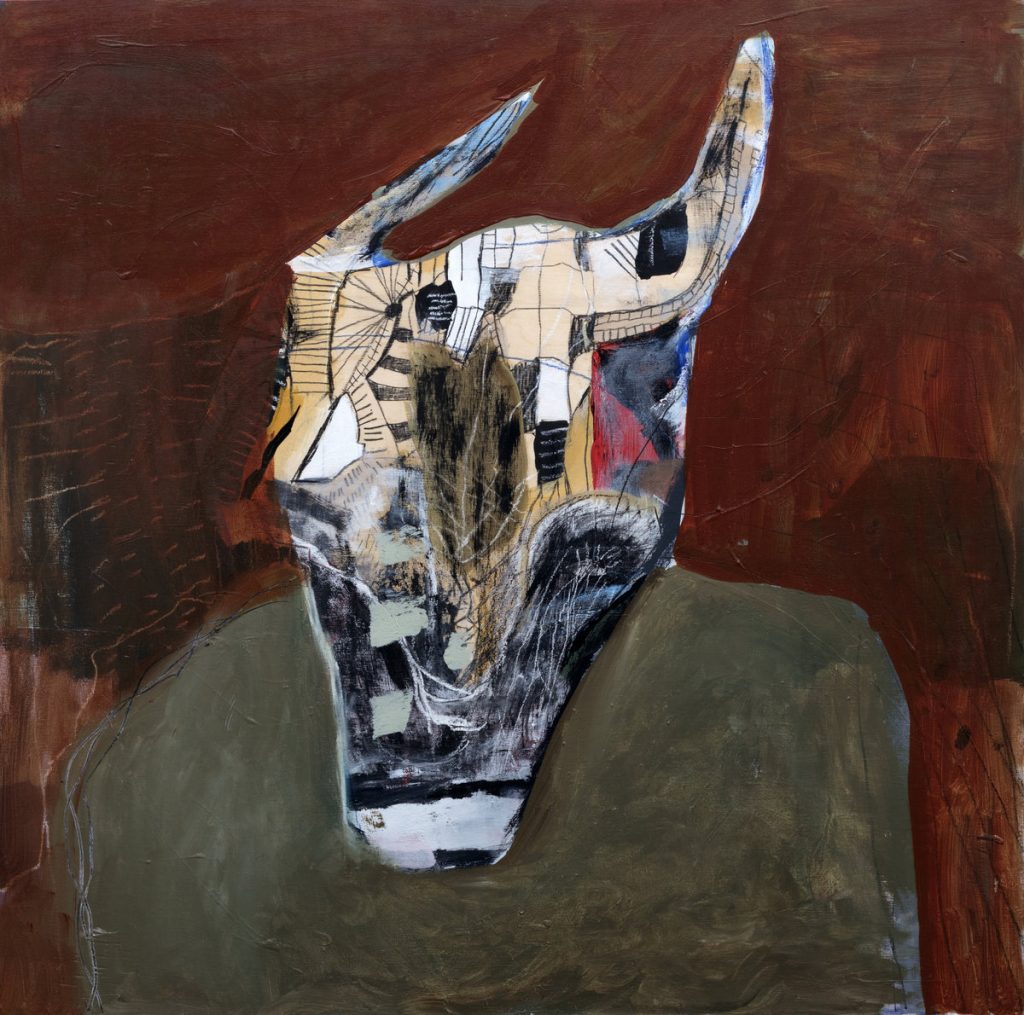 The stuttering start and distorted voices sound like they should start a song called “Creepin’,” but it’s the beginning of the rhythmic smorgasbord that is “Dancing Devil,” which SLSS wisely chose to serve as the album’s first single, released last summer. It’s a world unto itself that only SLSS could create and one of their best compositions to date. Lyrically it’s a fascinating tale of a devilish discussion, life regrets and the blame game—all delivered in rounds overlapping each other in the end.

The soft, near acoustic approach on “Airplane Junkyard” is a brave minimalist step for a band that delivers such dense music, but here the air and empty spaces are featured. It gives the soul a bit of time to rest and just enjoy. Of course, it explodes into total madness for the last minute, while guitars rage and lyrics shatter across the floor.

The cleverly titled “Dear John Connor” is another slow burner, beginning with solo piano. It feels like it has a close cousin on SLSS’s early records, so this is a song that makes you just feel right at home, especially when the fireworks begin a minute in. You can read into it what you want, but this is wonderfully dystopian rock that presumes Skynet is already self-aware (which probably isn’t far from reality). Another trick: due to the movements and rhythmic shifts, this song seems to bend time, and it feels like an odyssey without ever reaching the four-minute mark.

Distant tribal drumming kicks off “Subtle Sadness” before Beach Boys–like harmonies begin and guitar strums appear in space. It’s one of the most intoxicating songs on the record, and you probably shouldn’t operate heavy machinery while listening. Whether it’s the ghostly backing vocals, the slurred lead or the haunting minimalism, this song is aural opium and gets you heavy lidded, ready to submit to the sound of frogs in the background. With its apocalyptic, hymnal feel, this is Small Leaks at their soul-searching best: “Calling upon the things that make me feel afraid, Laughing about the ways that I have felt ashamed, Caring enough to feel and cure the pain, Stubborn with haste in hopes that I would fade away … I see trouble.” This is a crisis of faith in motion, an existential thread of reflection, and every minute of it is beautiful.

“Psychotic Opera” was just unleashed as a single and is as radio ready as Small Leaks could ever be. The opening depends more on the vocal rounds, lyric-less harmonies and other laryngeal oddities. Sure, there’s guitar and the pounding rhythms of VanRooy and Mandel, but this song is almost completely about their vocal prowess and how they can weaponize their voices for good. It’s as hypnotizing as you would expect with a conceptual title like that, but it’s also catchy as hell. The chorus hook will be haunting me for years, with the refrain, “Don’t you blame it on me.”

“Drug Lord” is the sole instrumental on Golden Calf, and it’s a five-man electronica jam heavy on the keys, with pleasing repetitive strokes. Their instrumentals fascinate me, with more voices being used purely as instruments as the keys swell around them in warm chords. At one point, a waltz appears in the sound from behind the velvet curtains before dissipating and becoming a dream. As the waltz is lost, the keys reach Philip Glass levels of minimalism, the guitars come in, the percussion changes things up and, once more, the waltz appears and disappears. It builds into a monumental crescendo that leaves your brain hanging in space as delicate bells take you away. 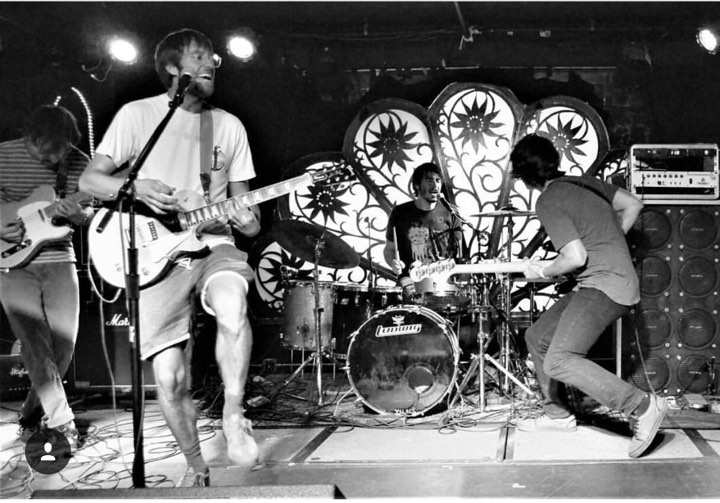 The keys at the beginning of “Not Counterpoint” simply slay with repetitious madness (think Ravel’s “Bolero” or Dave Brubeck’s “Blue Rondo à la Turk”). This song seems to be the synthesis of all that I’ve loved about this band in one four-minute blast: the crazy keys, peculiar percussion, vast array of vocals and the sheer neuroticism that adorns their best work. It’s a dizzying number to be sure and one that would lend itself perfectly to a video interpretation. It may even be, dare I say, danceable. The message in the end is, “You got to let it go, live for something more,” and that’s wisdom you can take to heart. It is a pretty heavy examination of what we are given and what we do with it, and while that may seem pretty broad, its application is endless.

I approach the end of every Small Leaks album with trepidation because I never want them to end. “Tethered Wires” is the finale, and it’s as low key as Small Leaks gets. It’s another tune that imposes a sense of medicated drunkenness, and you may feel a bit woozy while its chords take hold. Two-thirds through it starts to take off, instruments wrap around themselves, and the soft-spoken tones of soul-shattered introspection give way to a feeling of triumph with the refrain “Don’t sell your soul, it’s suicide.” As drums pound, guitars go wild and the bass pounds into you, then, just like that, in a flash it’s done. The album is over, but endorphins still race through your bloodstream, neurons fire wildly into the empty night, and you play it all over again in order to be fulfilled.

During their time in Phoenix, I thought Small Leaks Sink Ships was the best band in town, and now they are one of our greatest exports. Golden Calf is an album for the ages that ensures their vision is delivered with perfect precision. My only hope now is that they visit their Arizona home for a show or two.