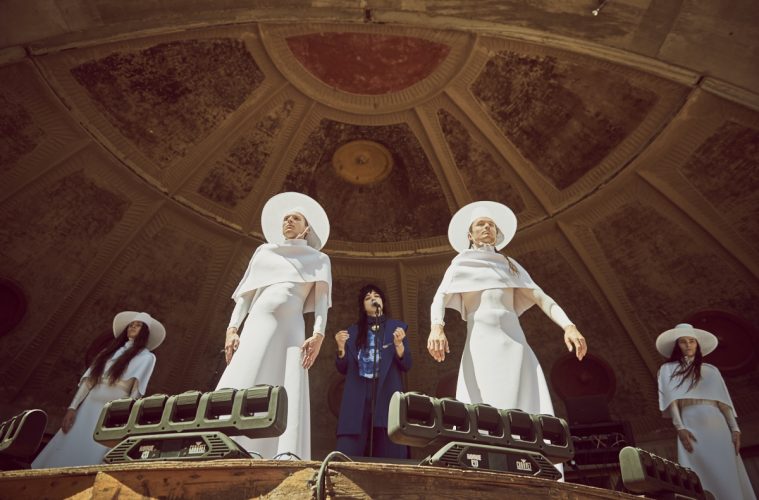 FORM Arcosanti art, music and performance festival has been bringing back the spirit of exploration, curiosity and experimentation so characteristic of the Age of Aquarius to Arcosanti since 2014. FORM is the brainchild of Zack Tetreault, drummer from the band Hundred Waters. The idea was sparked when he and his bandmates were touring in support of their first, self-titled album.

“We got to talking about how monotonous tours are,” he says. “We were hoping and looking for something else.” 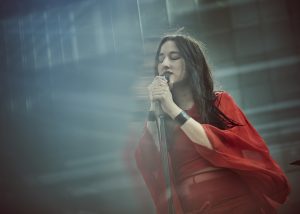 It was 2012, and Hundred Waters were on the lineup opening for Alt-J, Julia Holter, Skrillex and The xx (Full Flex Express Train Tour), he says. What he began to envision was something completely different from the standard concert experience—something unique, experiential and artful. It was also important to Tetreault, he says, to find the perfect venue.

His best friend, an architect, told him about Arcosanti. “I was totally blown away by it and thought it would be perfect for this experience I was conjuring up.”

“I met the community over there and started talking to people. They embraced the idea of doing a concert there,” Tetreault says. “That was the inception of this project.”

Tetreault says the first year they hosted FORM, organizers held an open search for performers. Anyone who wanted to attend was selected through an application process that had no application fee, Tetreault says. 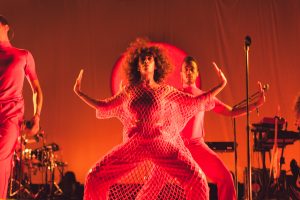 All attendees stay on-site and stays for the full fest, Tetreault says. The idea is that the festival is communal and fully immersive.

“We wanted to create an experience that felt really unique, intimate and exciting, in a special location.” 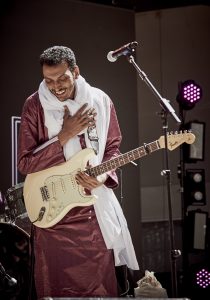 But there is a lot more to FORM than just music. It has been labeled a rave, a creative retreat and even a spiritual experience by reviewers over the years. Additional performances are scheduled by poets including Aja Monet and Yrsa Daley-Ward. Programming also includes a conversation between Florence Welch (Florence + the Machine) and Nadya Tolokonnikova of Pussy Riot. There will also be panels and cultural programming talks about sustainability, social and environmental issues, food and health, reproductive rights and more, Tetreault says.

The digital sponsor of FORM 2019 is Vero, a new social media platform that boasts no ads, no data-mining and no algorithms. Vero will have a presence under a large tent structure providing digital device charging and a place to cool off.

One of the talks about food is “Be Radical, Eat Traditional!” hosted by The Kosmic Kitchen (Summer Singletary and Sarah Benjamin. “Kosmic Kitchen shows you how to do herbal healing and introduces people to a better health regime,” Tetreault says.

FORM at night will also present one of the largest projection mapping projects ever done, Tetreault says.

Using extremely high-powered projectors, artists will light up the whole mountain and all the vegetation. The lights will be reactive—dancing to the music, as Tetreault describes.

“You will see the entire cliff-side come to life,” he says. But you will have to be at FORM to see it—the display is not viewable from miles away. “Almost nothing (programming-wise) overlaps, so you should be able to see everything if you want to,” Tetreault says.

Music programming goes until 2 a.m. But there are organized events starting as early as 8 in the morning, according to Tetreault. Each morning a group yoga session will be open, led by Equinox, for up to 300 people per session.

Attendees who choose glamping (starting at $2,199 per person for the weekend) will be hosted in large bell tents decked out with a bed and full mattress, box frame and linens. Glampers will have access to a full bathroom, shower and have all food included.

“We have an incredible culinary program. We curate amazing community and local food trucks. Have a lot of amazing partners there. For our performers and patrons, we have a chef we fly out from Food Network,” Tetreault says.

Festival guests should plan to pack sunscreen, layers and jackets (it gets chilly at night), walking shoes and an open mind, Tetreault says.

“There’s a lot of stuff going on… a lot of the performances are about discovery.”

At this time, all Participant level and Patron RV Upgrade passes are sold-out. For the complete schedule, passes, camping and parking information and more, visit https://experienceform.com/.