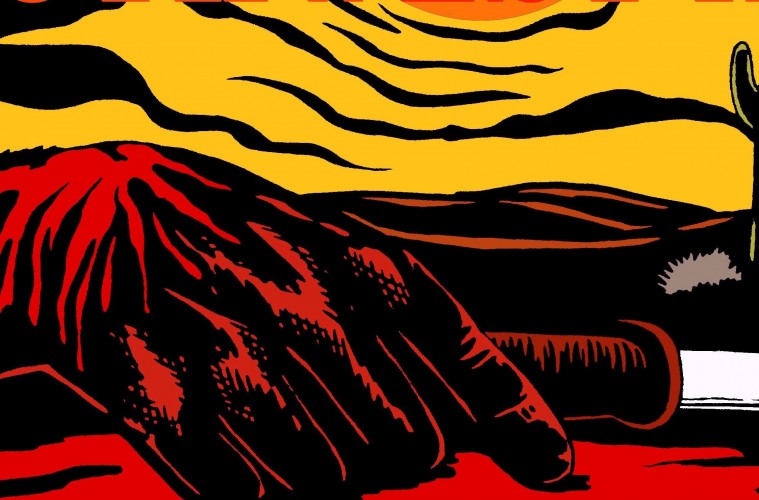 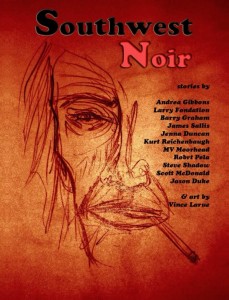 The graphic novel “Southwest Noir” which features illustrations by noted artist Vince Larue and short, desert noir fiction by local writers launches this week (Wednesday, Jan. 13, 2016). The book will be available on Amazon for $16 and also for sale at some additional retailers, as well, later on.

Illustrator Vince Larue has been a visitor to the Valley several times over the last seven years. He first cultivated a relationship with author Barry Graham when they collaborated on another graphic novel, Dark Heat. He says he has been intrigued by the Desert Southwest for years.

“I’ve always been fascinated by it, the US Southwest, the desert,” Larue writes in an email. “Fifteen or 10 years ago, it was only in my imagination and an idea I could have of it, or created from art and pop-culture, ranging from the Lucky Luke comics, to movies with Clint Eastwood, to Carlos Castaneda’s books.

“Then, when I started working with Barry Graham in 2010, he was living in Phoenix. It’s been a turning point as much as a catalyst. April 2012 was my first visit in Phoenix, at not yet 25, coming from a very different (scientific) background, I was introduced as a French cartoonist to a whole different world and community… I used to repeat: ‘I didn’t choose Phoenix, Phoenix chose me.’”

The book was made possible by fiscal support from local arts supporters Robert Sentinery (publisher of JAVA) and Steve Hanson.

A launch party for the book will take place at Fair Trade Coffee, located on Central Avenue near Roosevelt in downtown Phoenix. The date and time have not been confirmed, but it will most likely happen between Feb. 10-Feb. 14, organizers say.

Part of the proceeds from book sales will be donated to Free Arts of Arizona. Larue and some other contributors plan to volunteer with Free Arts in the coming months, as well.