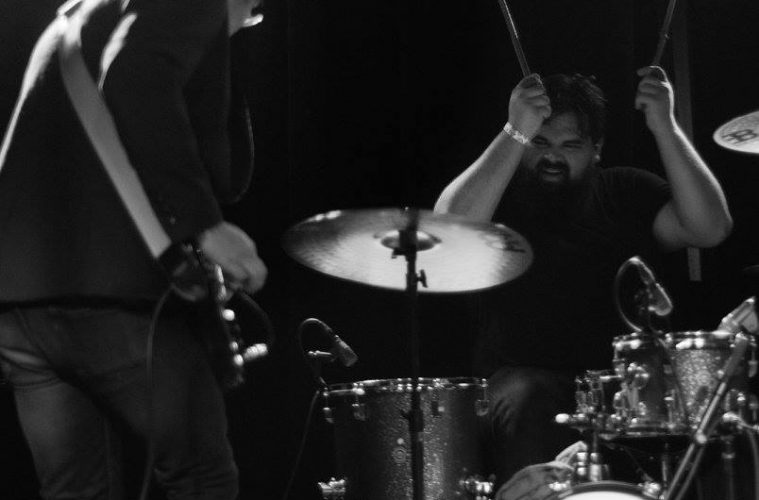 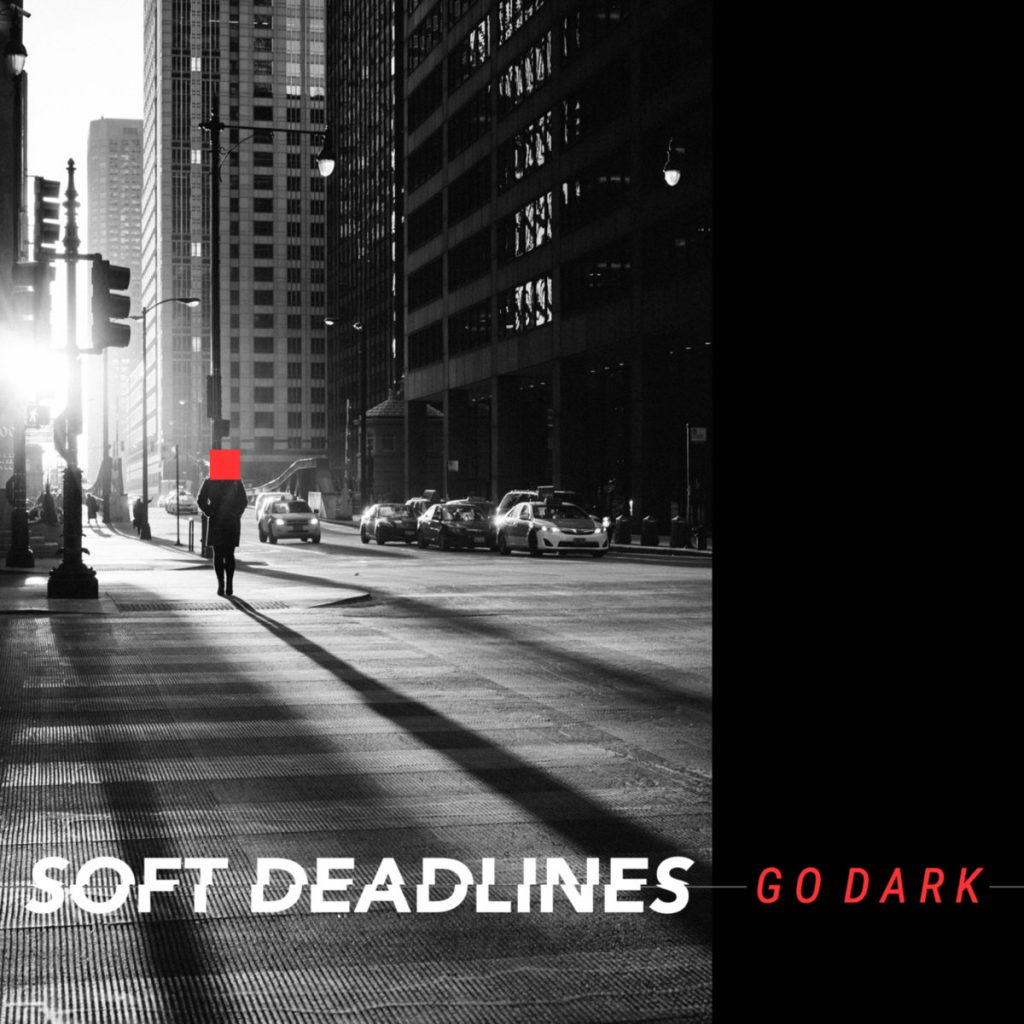 post-punk (adjective) 1. denoting a style of rock music inspired by punk but less aggressive in performance and musically more experimental

Post-punk was a musical movement founded by bands like Gang of Four, Wire and Mission of Burma who admired the aesthetic of punk but had artsier dreams about its future. It is less aggressive and more experimental, with pummeling drumming, a malevolent darkness to the bass, angular guitars and a sound that is every bit as angst-ridden as their pure punk counterparts. Delivered with an artistic fringe and a danceable beat, it was pure pop for an apocalyptic generation.

Soft Deadlines captures that same zeitgeist for the modern age. They blend it with the underlying philosophy of proto-punk and then distill it through their own 21st-century sensibilities. With their triumphant Go Dark, they continue the work of those seminal bands while unleashing a cohesive vision of the post-punk sound.

Go Dark may not have as many catchy hooks as their last full-length album, Critic, but it makes up for it in the depth and consistency of the material. Soft Deadlines is Oliver Lemke (vocals/guitar), Chad Cussen (bass/guitar) and Parker Douglas (drums), a power trio that is every bit as impressive live as on record. If you are unaware, Cussen was one of the principal players in the early Doctor Bones releases, so it’s not hard to imagine why he might be involved in the best post-punk band going. Meanwhile, Lemke is also in Sleep Institute, along with Douglas, who has many other projects. It’s in Soft Deadlines, though, where the three really come to the height of their powers.

“Melt Down” will get you edgy right from the start. There is an immediate propulsive, neurotic vibe that is as alluring as it is unsettling. Their art-punk agenda is fairly clear, and for modern reference, The Rapture may have been the last band to master this kind of dance punk. It’s got a bass line from hell that won’t leave your brain for days. “Wanna Lose” relies on its explosive weirdness. Whether it’s the staccato guitar swipes or the histrionic vocals, this gets into weirder territory than they’ve gone before.

“This City Is Hell” builds in intensity, riding the wave to what is perhaps their most pop-perfect construction to date. I’m not sure if they knew they were writing a power-pop anthem, with tropical flourishes, but that’s oddly what they’ve done. This has to be a single, because it’s catchy as hell, completely memorable and stands on its own so you can practically see the video in your head. 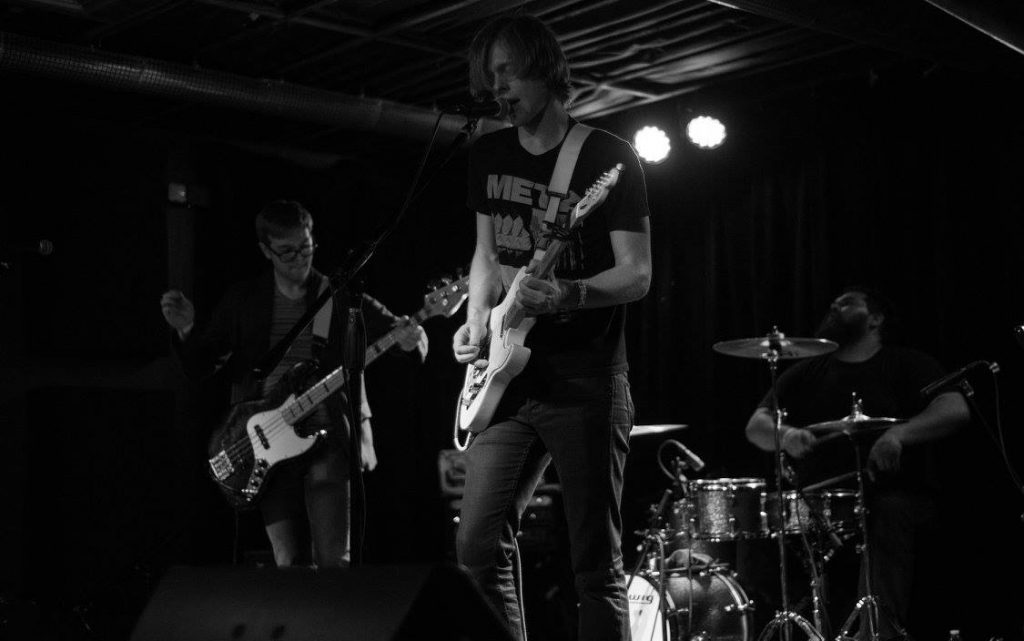 Four songs in and the pace has refused to slacken—not necessarily the tempo but the sheer intensity of the songs. This album is pleasantly artsy when played at low volume, but when cranked up, it becomes an entirely different beast. A marginally softer song like “Faster Now” still carries on like a math rock juggernaut. There is as much aggression in this song’s restraint as there is in the explosive catharsis.

The sound experiment “Lost Transmissions pt. 1” is an uneasy ambient piece of minimalism that feels like what an out-of-focus rainy day in the city would look like until you found your glasses. You wake up and everything’s blurry, but the rain is hitting the glass and the train rolls by. Weird.

“One Hand Clapping” was the preview single for the album and it’s one of the best songs here, probably less radio ready than “This City Is Hell,” but it’s perhaps the best synthesis of their overall style in one song. This is also one of Lemke’s most impressive, emotive vocal deliveries, and the maddening guitar, clever bass intertwining with the mesmerizing drums, makes for a perfect number to finish the first half of the record.

The opening bass on “Punishment” is one of the finest moments here. It’s an unusual number for Soft Deadlines as it moves into darker, more goth territory. It’s still a surprisingly danceable number, but with a touch of vampire rock. Lemke’s rhythmic vocals and the killer bass line feel akin to capturing a nightmare on record.

A favorite on the album, “Strategic Exit” is in-your-face visceral, caustic rock that takes Soft Deadlines to a new level of vicious delivery. The second half of the record feels much darker in a gothic way than the first, but the results are worthy of the exploration in style and sound.

“Lost Transmissions pt. 2” is like waking up blurry again, but in a hospital bed and possibly beyond the flat line. It’s no less disquieting than the first, but oddly more comforting. It’s sedating enough that it quells the explosive beginning to the power-pop madness of “Shut Up,” which is another single in waiting to be found here. There’s even a bass line in the mix that’s reminiscent of a Sting groove in The Police. This may be the closest Soft Deadlines get to surf rock, but still they’re throwing a lot of jagged influences. It’s hard to believe that it’s only two minutes long, though to be fair it’s two minutes that leave you either breathless or holding your breath.

At first, “Words Erased” seems like a more traditional pop song, but then it breaks all convention and dances around complicated time signatures. It feels like this is what would happen if Top-40 pop was blended with math rock. It has as strange an effect on the nervous system as it does on the ears, as confusing as it is wonderful, as catchy as it is hard to follow. This is a treat for music nerds everywhere. 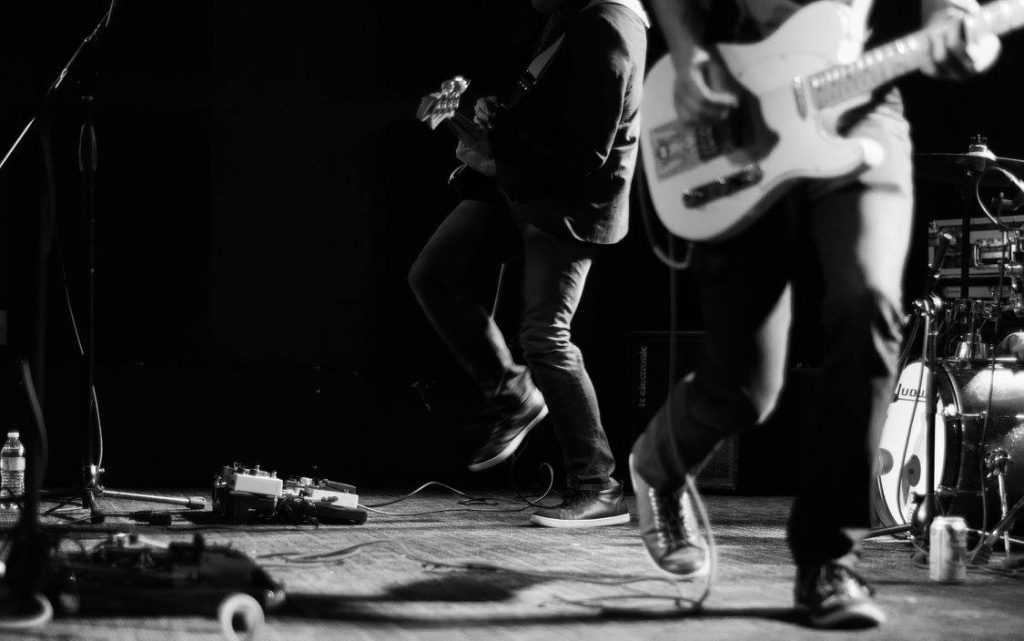 The epic-length finale of “It Gets Heavier” seems murky and suffocating at first. It feels a bit like drowning, since it follows the madness of “Words Erased.” Still, it is an anachronistic slow burner in the collection. It also has one of the most sentimental vocals from Lemke, who proves across the entire album that he can sing however the hell he wants to. Here he delivers lush pop vocals that verge on beauty, with angsty howls for contrasting dynamics. About a minute and a half in, the song moves wildly into walls of guitars, Lemke screaming, drums pounding, rhythms swirling—a maelstrom of dizzying, intoxicating sounds as everything becomes less distinct. The album ends with only feedback, tones and oscillating noises.

Soft Deadlines’ previous record, Critic, set the bar high for their subsequent work. Go Dark isn’t just an interesting post-punk album: this is a record that after repeated listens offers more promise, becomes more compelling and proves its artistry further. The pacing and architecture are excellent, and while the singles are obvious, they don’t alter the the overall course of the record’s conceptual vision.