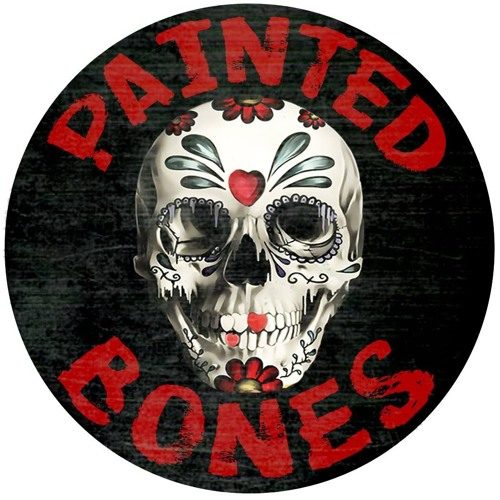 Within two months of their live debut, Painted Bones have dropped their debut Dragon Ride. Right from their first show, this band was ready to go, with music scene veterans from bands such as Spar Afar and The Counterfeit Party. From those sources you wouldn’t expect the band to rock so hard, but indeed they do. Painted Bones is Brandon Blaise (vocals), Don Sherrick (drums), Arthur Detrie (guitar) and Michael Muriett (bass).

“Jaw Drip” is the opener and it was the first single from the EP. It’s catchy alt rock that is drenched in a 1990s sound. Think Soul Asylum when they rocked out and just as catchy. The guitars get far heavier on “That’s It,” which owes more to ’70s arena rock than anything from the alternative era. It’s also a dark number, with an intriguing sense of violence. Every time I’ve seen them live, one song stood above the rest “Straight into the Sun,” which serves as the centerpiece to the release. It is the most powerful song in the deck, mostly for Detrie’s wild guitar line that comes on deep and strong with a swampy blues vibe. Blaise’s vocals take it further with part grunge, part Morrison. Muriett plays bass line from hell and Sherrick pounds his skins mercilessly. This song fires on all cylinders and the band is completely unified in its mission.

The title cut follows and it’s a more down-to-earth alt rocker and honestly it’s a relief after the intensity of its predecessor. While it’s definitely a slow burner, it does show off their songwriting range. Comparatively speaking this comes off as the ballad of the record. Painted Bones finishes their debut with their straightforward rocker “Inside & Out,” an exciting number that has more punk leanings than their other songs.