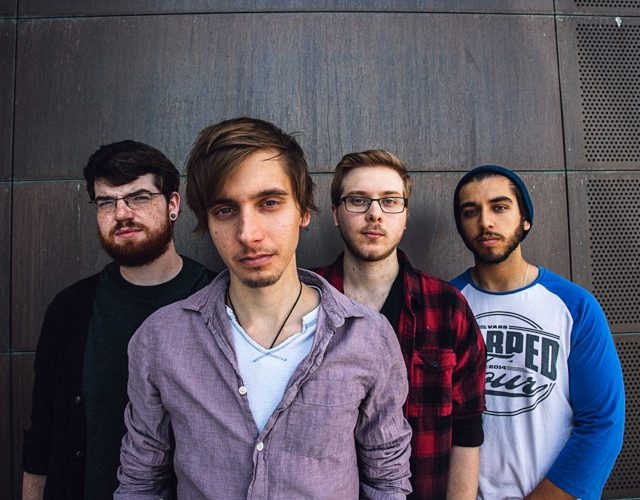 The Breaking Pattern: There Are Roadmaps in Our Veins

Seemingly out of nowhere, The Breaking Pattern has emerged on the local music scene with a recent string of three amazing singles and a teaser video for a forthcoming album. With a signature sound that is something like ambient emo rock, they wrap catchy hooks and choruses in endless layers of guitars.

The Breaking Pattern didn’t actually emerge out of thin air, but instead rose from the ashes of Ezer after a lineup change and a definite re-focus. While Ezer was good, their When Dark Patches Fall EP from 2014 was somewhat directionless, and if you heard the songs individually, you wouldn’t guess it was the same band on each one. The Breaking Pattern have regrouped and created a consistent sound that spans the entirety of their debut album.

The Breaking Pattern are Derek Hackman (guitar/vocals), Brandon Dillman (drums), Jacob Beaver (bass) and Nick Benzer (lead guitar). On There Are Roadmaps in Our Veins, they lead the listener on a journey from the first song to the end. Themes of love and loss are typical emo outpourings, but they don’t come across as tired or trite here. There is imagery within the lyricism that is surrounded ambient rock and sometimes magnificent explosive guitars. The Breaking Pattern aren’t necessarily breaking ground, but they do offer up a compelling debut across 35 minutes that completely defines their sound and vision.

“Let Love Go” was released as a teaser video at the start of this year. Clocking in at just under two minutes, with all of four sentences in the lyrics, it somehow upped anticipation for the album, especially after the string of singles. It is the album’s opener and serves as a doorway into its atmospheric world, with ascending, chiming guitars and lush harmonies. It feels exactly like what it is, a stunning intro.

The band’s first single was released last June. They chose “The Rapture” as their calling card, and it was a wise choice. It is one of their most subtle songs, verging on alternative pop. An elegant ode to lost love that leaves an indelible mark upon your life and memories, the song captures the spirit perfectly, even incorporating some folk guitar elements toward the end.

It seamlessly blends into “Act Natural (Keep Your Composure),” which should clearly be the next single, since it’s pretty radio ready. Lyrically speaking, it could be about the woman that parted ways in “The Rapture” and the horror, nay sheer pain, it causes to see her out with another guy. It’s a pretty common theme, but it’s handled here with poetry and grace. It also makes the song damn relatable. It’s uptight and manic, just like the incidents it describes. It also shows off Hackman’s vocal range as he hits some falsetto at the best, most pop moments of the song. At another turn he growls, “It’s another bullshit night, I lie awake in suck city.”

This moves without pause into “Alaska,” the second single, released last September. It is a thinly veiled metaphor where Alaska stands in for a cold and remote woman, who is the object of someone that is more than a bit obsessed. While the heavy guitars lay in the background, the angelic choir harmonies push forward and dress an indie rock song in shimmering pop sheen. 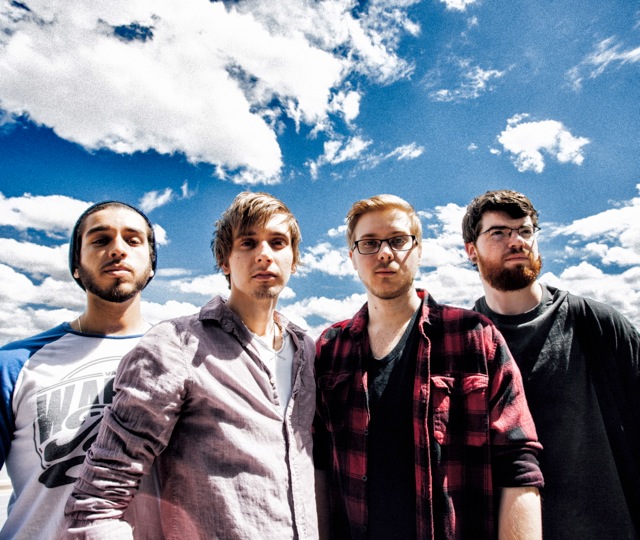 Their final single of 2015 was December’s “Pretty on the Outside,” and at the time, it was my favorite to date. It’s still one of the best rockers on the record, but what makes it great is Hackman’s sexy as hell, slow vocal delivery at the start of the song, before it becomes a punk pop anthem. It also has some of the most amusing lyrics about lovers willingly making bad decisions.

“Something/Anything” serves as the centerpiece of the album, with its church organ intro that quickly switches to raging guitar. This is the tale of a man after the loss of love, after the good times, left alone to wallow in his sorrow. At this point, the album is playing out a bit like a concept piece, but it’s subtle enough that listeners can enjoy the album with or without following the storyline that seems to unfold.

With “Woman of Seine” they tell another story of a man trying to get a woman who’s beyond his reach. It’s a slow burner that turns almost hypnotic, with lush atmospherics that cushion the downtrodden lover with pillows of aural bliss. The haunting refrain of “I fall in love with ideas, and you are just another one of my solutions” sums up the sentiment perfectly.
“White Stone” would almost qualify as a link track, but like the opener of “Let Love Go” this is a fantastic song despite coming in at under a minute and a half. It’s compelling and fully formed and just as powerful as other songs that are twice as long. Whether it’s the terse lyrics or the explosive guitar, this is a tiny power-packed gem that brings the album out of melancholic reflection and turns up the energy. 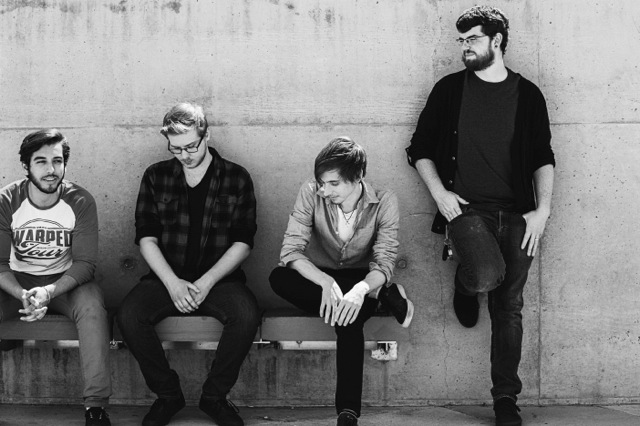 “White Lie Black Market” maintains that upswing with verve. It also continues the narrative of our hero’s bad luck with women and love. This time it’s about the point in a relationship when people are losing interest, or maybe trust is lost and fights are starting. The lyrics are pretty clever, and the bridge about the movie scene is brilliant in its delivery.
The near Americana feel at the start of “Colonies (Of Earth & Ocean)” is a bit of a surprise, though earlier they showed they had some folk tricks up their sleeve. Still, the combination of this sound and Hackman’s slow vocals is reminiscent of The Goo Goo Dolls’ “Name.” It’s a song about an unwanted pregnancy, but the poetry of the lyrics seems to obscure whether it was terminated, though it certainly lends itself to that idea. There is a fantastic megaphone vocal toward the end that could be interpreted countless ways. This is one of the finer tracks on the album as it sorts a range of emotions in front of you.

“Skyward as We Burn” serves as a fantastic finale to the entire affair. The only thing missing is an orchestra to make it even more impressive. Lyrically it seems to go off the rails, and no matter how many times I’ve listened to it, I actually can’t make head or tail of the mixed metaphors. That said, it reads like pure poetry, where you don’t have to know what the hell it means to enjoy it. It is perhaps the finale of the protagonist who has finally cracked and entered a darker, weirder, more violent world, if only in his mind. It is one of the more fascinating guitar-driven songs on the record, bringing it to a close with a droning feedback wash.