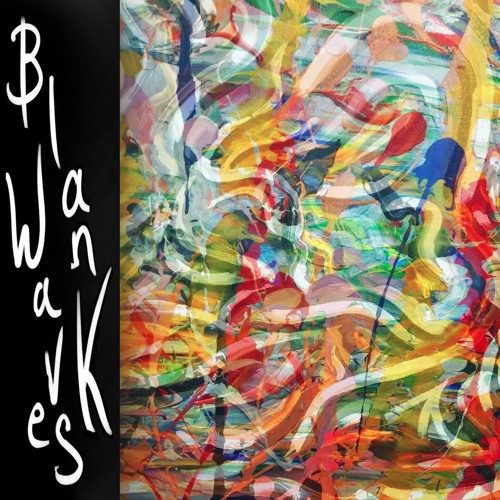 The Blank Waves have released one of the most unique, acid-drenched, psychedelic EPs of the year. This is old-school, lo-fi psychedelia at its finest, and they make no bones about it right from the start with “Song For Syd.” With a title like that, you don’t need much imagination figuring out what it’s going to sound like, but The Blank Waves definitely add a modern twist to the fragmented sound of early Pink Floyd. This is definitely ideal for woozy summer days, or daze, as it may be.

The EP moves seamlessly into “Changing Sun,” which is dizzying and hypnotic as it takes you further down the rabbit hole with indecipherable vocals that phase in and out, like the transition suggested in the title itself. It comes off as a tone poem for the sky. “Interlude” gets deep into creepy electronic noises, haunting keyboard riffs, angelic harmonies and disturbing voices, like a lysergic-tinged intermission before things get even weirder. With “Let It Breathe” they lull you into a dreamscape and hold you there for over six minutes, while distorted voices lurk in the shadows like Gregorian monks. The keys provide space-age cocktail music, and halfway through it sounds like the vortex at the end of 2001: A Space Odyssey.

The transition to the danceable, psychedelic pop of “Why You Fight It” is a shock to say the least, a complete 180, despite the Pet Sounds-style percussion and bass lines. Syd would love the hell out of the finale “Looney Bin.” It seems like the perfect conclusion and a song that would appeal to fans of not only Barrett, but more modern psychedelic rockers like Television Personalities, Robyn Hitchcock and Animal Collective.