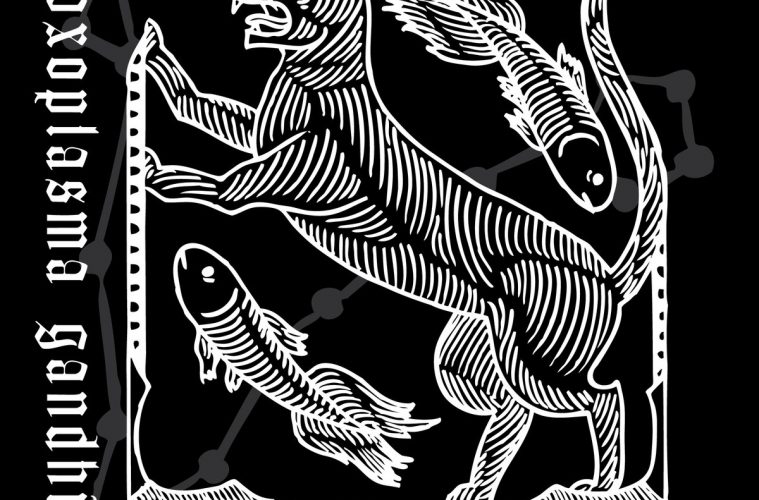 Considering roethke only plays a few times a year, it was unexpected that they would ever release a record, much less a noisy, synthpop EP. Nevertheless, they did just that, and Toxoplasma Gandhi is the five-song result. Having seen them live a few times, I was surprised by the synth presentation, especially the near six-minute introduction of “Bad Aspect” that revolves around astrological thought and gets into specifics about both natal and synastry charts. It ends perfectly, with screaming over seductive dance beats.

Shannon Harden, who is more well known as a painter and visual artist, is the woman behind this musical foray with the help of Jedidiah Foster (The Bittersweet Way) on synth and drum programming. While the music is thin and dark, the vocals have a spark of punk vitality in their delivery. “Solar Sailor” has Harden mixing between a goth chanteuse and a bit of rap. It’s an interesting combination of flavors to take in while admiring the poetic lyricism, and is ultimately a triumphant song as she proclaims, “I survived when the ship went down.” In “Bit By Bit” Harden comes off like a goth songstress trying out eurodisco, which actually works, and the lyrics are creepier than hell. Still it remains one of the catchiest numbers here.

“Angel Street” adds a bit of groovy funk, with the vulnerable number about lost love or a love that never was, but it’s downright romantic either way. It’s a moment of sweetness that lifts the veil of shadows. This debut release concludes with the striking “Different Waters.” An acoustic folk song with spare arrangements, it is a beautiful, uplifting close to one of the most surprising EPs of the year.