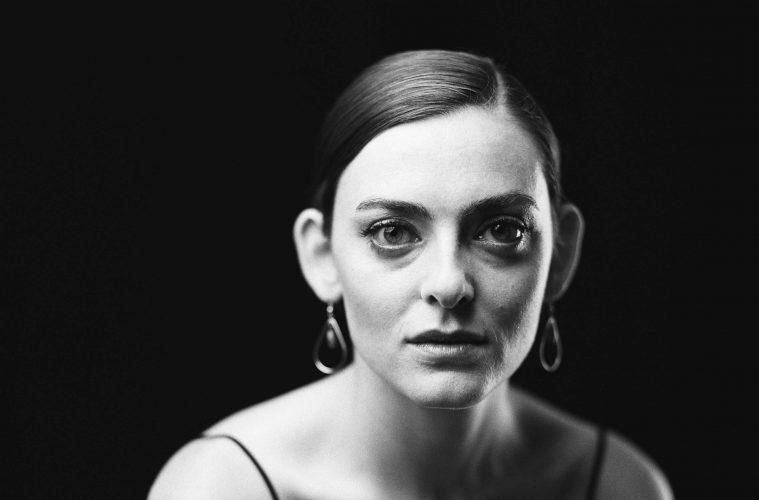 From time to time, people come into your life that just shine. Sometimes you even expect it because of their talent and ability to create beautiful art, but when their star shines about as bright as any can, it’s still overwhelming. You brace yourself for the impact, yet the wind can still get knocked right out of you

Singer and multi-instrumentalist Grace Rolland is one such person. Under the moniker Rising Sun Daughter, she has released an extraordinary debut EP, I See Jane. The 30-year-old Mesa native has taken the last two years to craft the five songs that make up what is essentially her first solo record. While you may know her from Run Boy Run – an Americana band that achieved a fair amount of success with support from Garrison Keillor and his longtime syndicated radio show, A Prairie Home Companion– Rolland’s work with Rising Sun Daughter deserves equal celebration.

By day, Rolland works at the Musical Instrument Museum in Scottsdale, before returning home to hang out with her dogs, Patty and Porter, and spend time working on her craft. She seems to be compelled to pick up new instruments, especially ones involving strings, so it’s anyone’s guess what sounds will show up on the next Rising Sun Daughter record. We caught up with Rolland during a break from work on a beautiful October day.

JAVA: Tell me a little bit about you. Did you grow up here in the Phoenix area?

Rolland: I did. I grew up in Mesa, and I live like five minutes away from my childhood home.

(Laughs.) Oh yeah. I can walk to my parents’ house, that’s the problem. My mom grew up here, and my parents still live in the same house that I grew up in. I still take my dogs for a walk on the canal that I would run on growing up. So, it’s nice still being connected after all this time, you know.

I do. I’m a native as well, although central Phoenix. I can’t see leaving. It’s so easy to get everywhere.

Well, a few years ago, I was traveling into downtown Phoenix to do a lot of activities. It’s much harder (living in the east Valley). I just don’t drive as much as I used to. And so, I’m trying to absorb and extend my time working in the studio and being at home. As much as I love being stable where I am at, it’s always just a game to figure out how to feel connected and actively participate in downtown Phoenix. I love that place, but it’s a little far.

The music scene is better than ever in town right now. Maybe that’s because our population has exploded, or maybe people just care more.

It’s not like I need to go somewhere else to get my music out, as if there aren’t enough people in Arizona. That’s kind of a daydream notion, that you have to live in LA, or that only people in those historically commercial markets will listen to your music. There are literally millions of people here, and everyone deserves good music, so I can still live and make music here, which is fun.

So, tell me a bit about working at the Musical Instrument Museum. It’s such a great venue for concerts.

I’m really thankful to have that job. For one thing, the financial stability is essential to me as an artist, and I feel so much closer to quality musicians. I get to watch those people perform, I help support their shows, and I’m learning audio engineering. It’s a place that I feel, even if I’m not working in a performance capacity, it’s a nice peaceful environment, and, in my opinion, it’s the best concert hall in the country.

It really does sound amazing in there.

The theater becomes an instrument, like all the other gear you’re working with. So, if somebody is just bringing a guitar and singing, I tell them to try it without any extra gear, because being able to sing in a room like that is a gift. It’s just so rare.

Were you always a music fan?

Yeah, I think so. My parents are musicians. Growing up, I listened to the Beatles while doing household chores. I loved music. My strongest self-identity memories have to do with me singing, playing music, or feeling stage fright. I was veryshy as a kid, like horribly. My stage fright was so intense, I would just run off stage.

What was the first instrument that you thought to yourself, “I have to play that”?

That was the cello. They started me on the violin, and I must’ve been like four. I apparently wasn’t very nice in the group lesson, so I got kicked out. Then I took piano lessons, and that was incredibly challenging. I’m coming back to the piano now. When I was in fourth grade, my mom played the cello, so I started to play around with it when I was nine, and it just felt so comfortable.

That was my gateway. It’s such a strong instrument. Once you learn one instrument, you kind of absorb information about all the others. I had the opportunity to put my hands on a lot of different instruments because of my parents. So it was like, “Hey, can I borrow this tenor guitar?” and exploring without having to buy everything myself, which was very helpful.

That’s very lucky. Do you still get stage fright?

Not really. I have my way around it. But the way I felt it as a kid, (it was) the “I want to hide in a box, don’t look at me, don’t put any attention on me,” kind of feeling. At some point when I was coming out of a cello lesson, and I was too shy to even play for my teacher, my dad told me that to be so consumed by the fear of what others think and to not just play for music’s sake is a selfish thing.

When I was in college, I studied theater and did a lot of improv and performance stuff and got more comfortable as a creative person. Now when I’m performing, it’s a challenge and an opportunity for me to be vulnerable on stage.

How has it been for you to go from being part of a group (Run Boy Run) to being on your own?

It’s hard. I’ve learned to not rely on other people to figure out what to do. As a female, you have to learn to not expect a man or someone in a position of power to say, “Oh, here’s an opportunity, here’s what you’re going to do.” Over the past few years, I’ve accepted my own power and embraced that my career is not necessarily going to look like how I fantasized it, with the record deal, a manager, and all that fuzzy stuff.

I’m sort of speaking on a music business level. After I made the record, I didn’t know exactly what I wanted to get out of it, as a musician and performer, professionally and personally. I really wanted to understand my goals before releasing the music.

When was the record finished?

You put it in a box for a while.

Pretty much, yeah. It was in my computer for a long time. That spring (2017) I started really asking the questions of what I wanted from my music career. Was I just going to try and replicate my experience with Run Boy Run? I didn’t necessarily want that. I wondered if I should try to promote the crap out of the record and become a social media person. I couldn’t wrap my head around that either. I knew I wanted to put a lot of work into it, make a video, build a website, and that took some time.

You mentioned being a female in the music business. Do you feel like the landscape is changing and more women are taking charge of their careers?

I can’t help but feel it. I don’t consciously approach my music as a woman. But at the same time, when I’m composing, I recognize my own narrative in what I write.

You know, you just accept your plate – by that I mean, I accept myself. I accept my strengths. I am cognizant that, in my self-perception, I am a strong, powerful, tall woman. I like that strength when I’m performing, and I like recognizing that people in an audience may not see that all the time. Festival lineups are not filled with woman-centered bands. But hopefully that is changing.