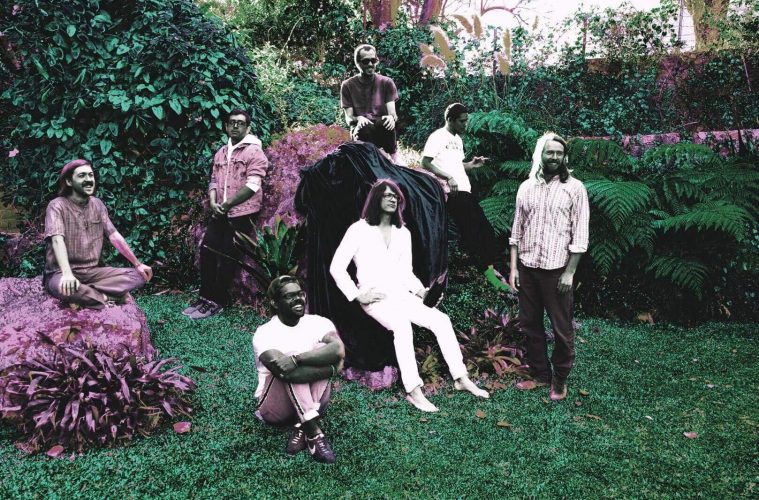 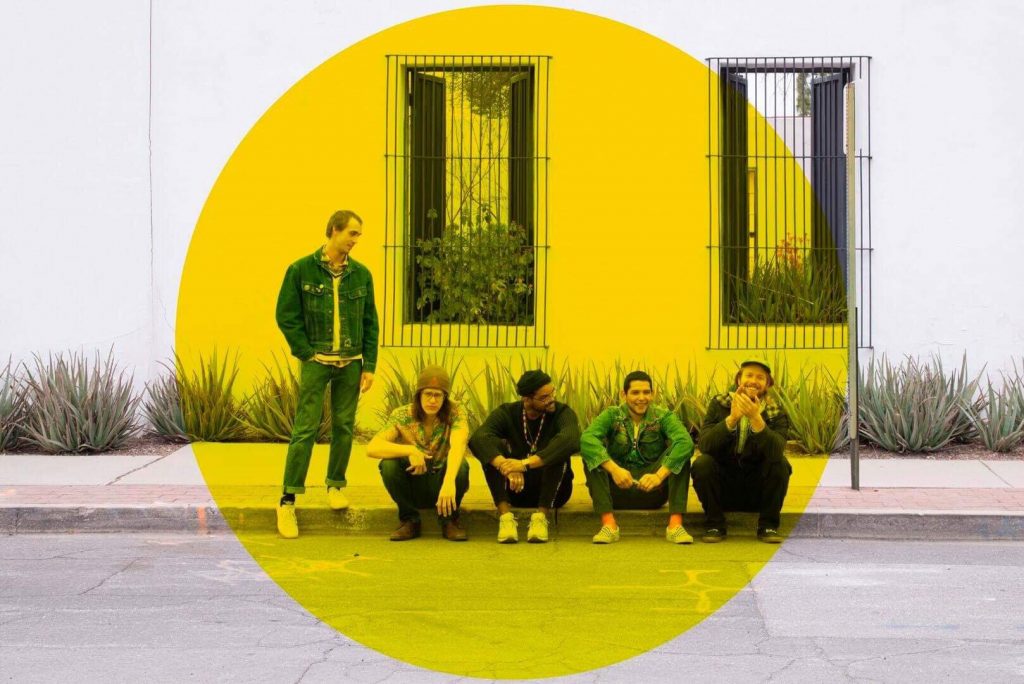 Remember that night you had a little too much of whatever and stumbled off your friends’ path and down toward that inviting lighted entry into Pan’s Woods? You were off to a place in space and time offered only to the mystically initiated and hermetically indoctrinated, someplace far away from home, and someplace new and exciting.

In those woods, you happened upon a carnival tent that leaked heavy drum music and accordion sounds. Voices shouted in English and Spanish. Hugs were shared all around. There were sweet, dangerous men, and lovely, far more dangerous women. The carnival tent was full of barkers, freaks, contortionists, jugglers, sword swallowers, fire breathers, popcorn carts, liquor bottles, beer tubs, jokes, love, smiles, and joy. Lovers grinded against each other, lottery winners danced in jubilation, a craps table roared in the heat of play – and all the while, the band never stopped playing. That band is Los Esplifs.

Los Esplifs play a unique cumbia-based sound blended with Southwest psychedelia. Their music is energized and communal – traditionally based and undoubtedly mind opening, grinning, and ecstatic. Their shows are lively – the group’s February show at Last Exit Live was packed with people dancing and smiling. The band has already played many shows throughout the Southwest and Mexico, but they are at home as a Phoenix band.

Saul Millan and Caleb Michel are the masterminds behind the group. Los Esplifs are a collection of some of the best and most inventive musicians in Arizona. Hailing from areas of funk, punk, reggae, cumbia, jazz, and other genres, it can be said that the band comprises an all-star lineup pulled from the Arizona music scene. On drums is Casey Hadland of Mesquite and Vox Urbana, on guitars is Zack Parker of Pro Teens, Chris Del Favero of Jerusafunk holds it down on bass, Gus Woodrow of Mesquite plays the guira, and the group is often joined by saxophonist Alan Acosta. 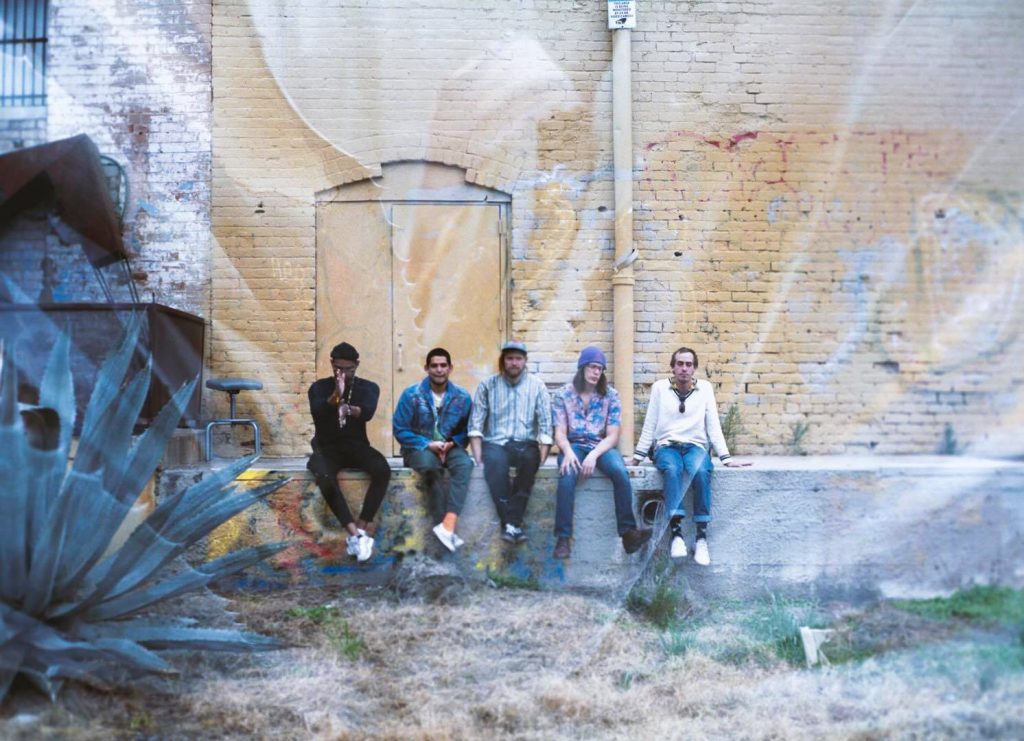 The band is named after, well… “Listen, I don’t want anyone to think we’re just a pot band or anything,” Caleb Michel says with lighthearted concern. “I don’t even smoke pot.”

Caleb is the percussionist and co-leader of Los Esplifs. He is a master of the skins, and he gained his rhythmic prowess by drumming with the likes of the Cuban Afrobeat Allstars, Vox Urbana, Alassane, and other top people in Phoenix music. His life’s work has been dedicated to studying percussion, world rhythms, and what moves the human hips and heart. He’s got nothing against marijuana, but his concerns are fair – the band is WAY more than “just a pot band.” The music is complex, rich in heritage and experience, and it tackles controversial life issues and political subject matter. All that said, the music also goes great with a little, or a lot, of the band’s namesake.

And so, while Caleb is assuring me of his sobriety and lack of love for the green stuff, Saul Millan is grinning as if to say, Hey, on the other hand, and when it’s his turn to speak he says,“Well, I do.”

To understand the humor that the pair finds in their name, one must appreciate the anatomy of a spliff. A spliff is one part headache-relieving, edge-cutting tobacco and one part mellow-diving, sun-shining marijuana, rolled into a not-too-tight cigar wrapper and sparked for user enjoyment.

The pair laughs and explains that the original thought was that Caleb represented the tobacco half of a spliff, and Saul represented the greens, at least in spirit. Their duality makes sense as soon as you see the band play live. Caleb is tight, intense, and focused, and Saul is affable, unhinged, and exultant. As a result, the spirit of the band is a blend of the two forces.

Saul grew up in Nogales, Arizona, listening to all different kinds of music. He explains that when he was about 14 years old, he began to hear the seeds of what he’d later recognize as cumbia rhythms being used as samples in the music he was listening to. He went on to perform many types of music, including cumbia. He plays multiple instruments, but ultimately gravitated to the accordion as his main squeeze. 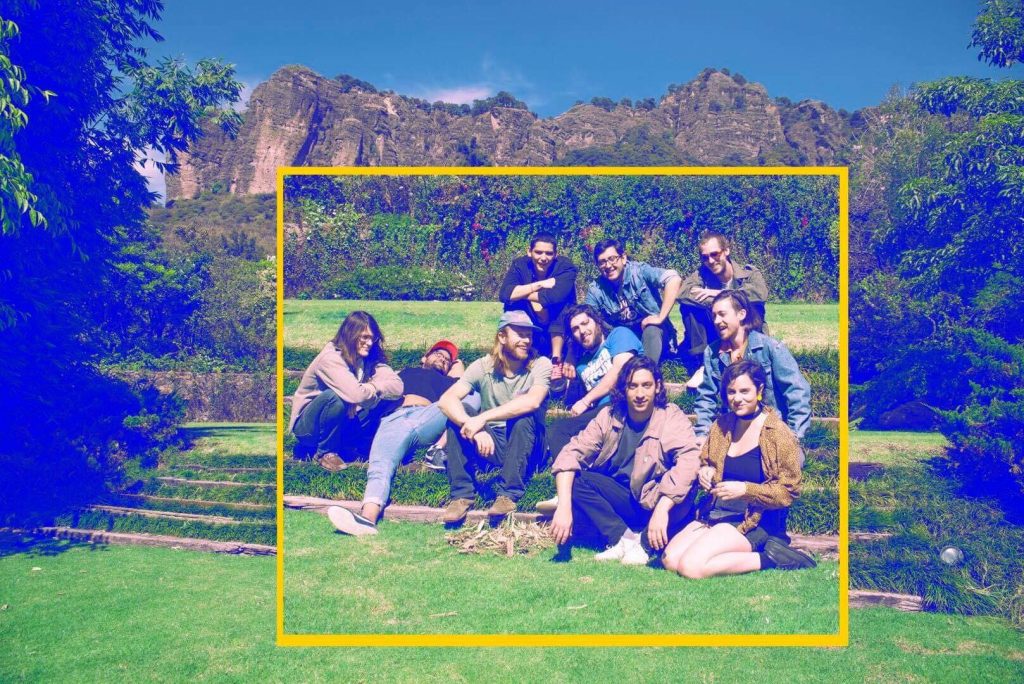 Caleb grew up in the Phoenix area playing percussion and studying the percussion dialects of American and African music. His first instrument was the claves. And while the band certainly holds firm roots in Latin American music, its ethos is something much larger than regional classification – it’s something unique, contemporary, and fun.

Caleb moonlights with Alassane, a project led by pianist Alassane G. Diarra, and the band’s new single, “Gabriel,” is an ambient and meandering art-rock anthem that builds with a bite. Alassane’s soothing piano work and haunting vocals are a lullaby before the song explodes to its head-banging peak. Caleb’s drum work drives the track and helps it deliver its punch.

In February 2019, Los Esplifs travelled to Mexico City to stay with a friend and record an EP. They were just south of the city, in a smaller village, and had been put up in a “modern art mansion,” as they describe it. The band recorded outside, in the garden beside the pool. Their new EP is the fruit of those labors, but labor is far from how the guys recall their recording experience. They talk about it as if it were a dream, as if they were still confirming with each other that their time in Mexico was real and tangible. Now, with the EP released, the band is looking forward to spreading their music as far as possible. It’s cumbia for the people, a desert illusion, an instant Arizona staple.

The songs come from the band’s own experiences and stories. “They’re about our friends, smoking weed, and Phoenix life,” Saul explains. “It’s like if King Krule made a cumbia record.” The lyrics are about contemporary life, pulled from the stories of people who surround the band. The whole group was born and raised in Arizona. They’re tight-knit, and their live shows emanate a vibe of community and togetherness. Caleb and Saul say that they want their shows to feel like a party, “like everyone’s hanging out.” 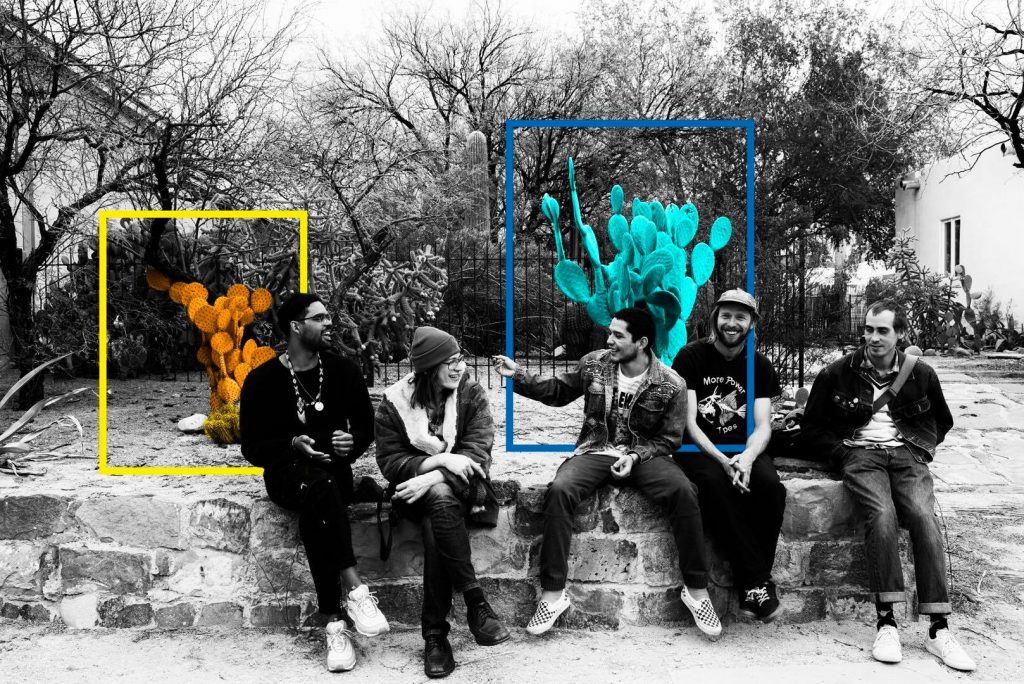 Caleb explains that the lyrics and music “are going to be controversial at times to some people.” But, he adds, “That’s just part of music. What matters most is the inclusiveness.” So, while the nucleus of the band is cumbia, the music expands far beyond its conceptual foundation. It’s cumbia for a new age.

“This isn’t your parents’ cumbia,” the duo assures me in recital. And they’re right – but your parents will most likely want to catch a show and join you on the floor. Los Esplifs crowds can’t help but dance. Put quite simply, the band knows how to throw a killer party. They play high-energy shows peppered with slow jams for the dancing couples. The shows are reminiscent of block parties and barbeques – the perfect music for the hazy vitality of a hot Phoenix night.

Los Esplifs released the single and video for “De Rodillas en el Altar” on April 20. The song is on their new EP. In the video, a red-haired, spaghetti-facedwoman dances through a technicolor desert landscape in search of truth, passion, reality, and cumbia. It’s trippy (certainly), and weird (without a doubt). The song feels like an exuberant offering to the cumbia gods. In the music, a traditional cumbia rhythm repeats over the upstrokes of an electric guitar, while Saul plays a hypnotizing melody on the accordion and calls out over the mic as if to assemble the disciples of cumbia to join in the dance.

The musicians of Los Esplifs do not limit themselves. At the end of “De Rodillas en el Altar,” the traditional rhythm escalates to a pounding psychedelic dance beat capable of moving the mind and spirit of anyone who happens to slip into the band’s psychic playground.

While Los Esplifs is tight, serious, and real – all good stuff – it’s important to remember that this is a band of duality. The band’s other side is playful, tongue-in-cheek, and devilishly fun. Tobacco and marijuana. A strong and steady blend of contrasting strengths that deliver a powerful sound and message for Phoenix music fans to enjoy.

By the time this article is published, Los Esplifs will have wrapped their May 25 EP release at Valley Bar with Sunn Trio and Sgt. Papers. No doubt, it was amazing. If you were there – you know. If you weren’t there – now you know, and you need to grab the EP and get to the next Los Esplifs show as soon as possible.