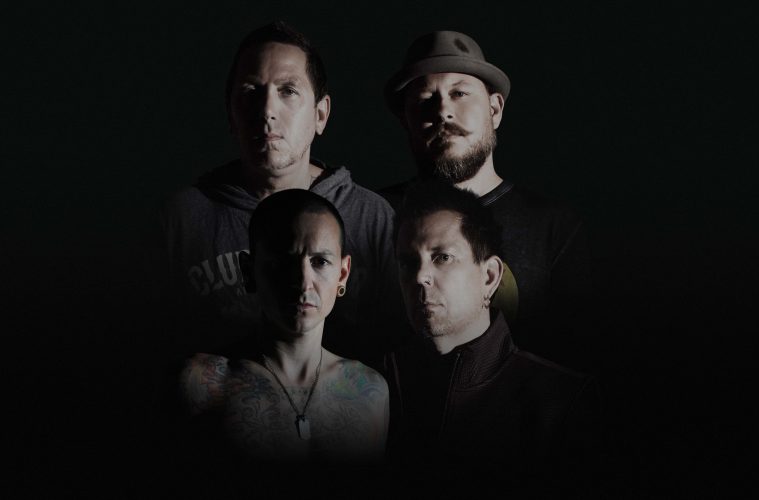 The music scene in Phoenix is rich in both history and talent. We’re fortunate to live in a place that has spawned performers who’ve pushed music of all genres to change for the better, and no doubt this will continue as our city grows and musicians are nurtured. When musical legends are born here, sometimes we know it right away, but sometimes it takes the perspective of time and sadly, tragedy.

In the mid-1990s, there was a popular local band named Grey Daze. They developed their craft, built a following, and were courted by record labels wanting to cash in on their polished, post-grunge rock ’n’ roll sound. Formed by lead singer the late Chester Bennington and drummer Sean Dowdell, Grey Daze in many ways became another rock ’n’ roll cliché by fitting into the “almost was” or “so close they could taste it” category when they officially broke up in 1998.

In this case, though, Grey Daze fits into another type of rock ’n’ roll story: They were the first band of a performer who went on to become internationally famous with another band. After leaving Grey Daze, Bennington moved to Los Angeles and joined forces with a group of musicians who would become known as Linkin Park. Millions of record sales later, giant tours, and even a business partnership with Dowdell in longtime tattoo chain Club Tattoo, Bennington asked his old drummer about putting Grey Daze back together before the singer took his own life in July of 2017.

To say Bennington’s death by suicide was a shock to the music world is an understatement, but the shock felt by his family and friends has been immeasurable. At the time of his death, Bennington, Dowdell, and the other members of a reformed Grey Daze, bassist Mace Beyers and guitarist Cristin Davis, were beginning production of a record of the band’s original material and had discussed doing some shows to celebrate their reunion.

On April 10, 2020, Loma Vista Recordings will release Amends, which will feature vocal tracks Bennington laid down in the 1990s with re-recorded music from Grey Daze and some well-known friends who stepped in to help make the record possible. We spent some time on the phone with Dowdell, 46, recently to talk about revisiting Grey Daze without his friend and partner.

JAVA: Before we get into talking about the record, what is happening with you?

Dowdell: I am doing Club Tattoo full-time. My wife and I have seven stores now. We have four in Arizona. We have three in Las Vegas on the strip, and life is bountiful, but it’s speeding full blast right now. It’s a lot of time back and forth between Vegas and Phoenix. Have 130 employees here (in Phoenix) and then, of course, we have this record, which is taking a ton of time and energy.

Records do take a lot of time, for sure. How about family?

My oldest son is the head of marketing for Club Tattoo. So yeah, I guess a little bit, and my youngest is now a freshman at NAU. They’re both drummers, so they’ve all followed in the steps in that regard. They both have a cameo on the record (Amends) too. I let them play a song each.

Very cool. Let’s talk about Grey Daze and the record. Remind me how Grey Daze came about. You and Chester started the band together?

Who were the original guitar and bass players?

The first generation was Jonathan Kraus on bass guitar and Jason Barnes on guitar.

Are those guys playing on Amends as well?

No. Mace Beyers replaced Jonathan in 1995 on bass and then Bobby Benish replaced Jason Barnes on guitar in ’95 as well. Bobby passed away of brain cancer in 2004. He was like 38 years old. It was me and Chester from start to finish.

What were you guys wanting to accomplish in those early days?

Well, early on, we had just small goals of trying to play the bigger clubs in town. We wanted to play the Roxy (a short-lived venue off 20th St. and Highland in the 1990s), and we wanted to play the Electric Ballroom when that opened up. As we got a little bit more seasoned, instead of playing some of those places, we started thinking about record deals, recording and putting out albums and things like that. Eventually we started thinking we’re going to take over the world. That was the long-term goal, and we actually started doing quite well.

Was there overlap with you starting Club Tattoo and the early days of Grey Daze?

So, in 1995, Mace and I started Club Tattoo together and he was my partner for about six months, and I ended up buying him out. Then, Chester became my partner in Club Tattoo in 2003 after he had already been in Linkin Park for a while.

So, you guys had a good run as a band locally in the 1990s. How did things come to an end for Grey Daze?

We basically had a lot of pressure on us. You know, we’d had a couple of record deals and some of us had addiction problems and some of us had ego problems. It was just a culmination of things. Eventually we got into a pretty heated fight after a show and everyone was screaming at each other. We had just signed a small demo deal with Warner Brothers and we were supposed to go on and record a demo the following weekend. I think the pressure was getting to us and we just imploded.

We had a big fight, and everyone told each other to “go fuck themselves,” and that was that. It ended right there, and we just couldn’t repair it. There was too much water under the bridge. At that time our attorney, Scott Harrington, out of LA, who’d been shopping the band, knew this other band called Xero and said to them, “Hey, I got a singer for you guys,” and took Chester and had him cut a demo real quick for them, and the rest is history.

How was that for you to see your old singer on MTV?

I was proud of him. A lot of people thought, (and) the other question I get the most is, “Were you upset?” No, I was very happy for him. He and I were in the trenches together for a long time. We were the best of friends. I don’t really operate like that. I was always stoked for him. I felt, you know, a sense of pride, like I helped him.

Over the years, did you guys talk about Grey Daze reuniting before 2017?

It had come up many times. Once in 2002, when we decided to do a benefit show for Bobby (Benish), when he was diagnosed with cancer. Warner Brothers got wind of that, and they didn’t like Chester doing anything other than Linkin Park, so they squashed that. We ended up talking about it again back in 2005, right before he did the Dead By Sunrise project. After he left Stone Temple Pilots, and he said (in 2017), “Look, we should do another Club Tattoo anniversary party, and I think Grey Daze should play it.”

I said, “Really? That’s interesting. All right, how are we going to do this?” And we talked about all the logistics, and what initially started out as doing one show, as soon as we made an announcement, we started getting offers from all over the world. Through those conversations, Chester was like, “Hey, here’s what we’re going to do. I really miss having a rock band on my own. I miss playing with you. We have this catalog of music that we can go back and re-record. Let’s just see what happens. Let’s record some stuff and see if it gets any traction, and if it does, cool, if not, no harm, no foul. We’ll just have fun.”

I said, “I’m not trying to be a rock star anymore,” but I would enjoy playing with my friend again, and that was that. That’s how we kind of picked up at that point. He had some commitments with Linkin Park with their new record, and I would work with the guys behind the scenes. We started ripping the tapes apart and started deconstructing the songs and writing new stuff. We’d go back and forth via email on the parts and different arrangements, and he’d say, “I like this, I don’t like that,” and we’d go back and work on it some more.

Then in July, when he got off the road, he took his family to Sedona. He had to fly back to LA to do a State Farm commercial and then was going to fly down to Phoenix while his family drove from Sedona to Phoenix to stay with us. We were going to have dinner Saturday night and the band rehearsal was supposed to start on Sunday, but he never made it out.

How did you handle that?

Not well. I was in Las Vegas at the time, getting ready to head back to Arizona. My phone was blowing up, and my wife told me that Chester had killed himself. I thought it had to be a hoax. I started calling his phone and it went to voicemail, of course, so I called his wife, Talinda, and she told me it was true. I got in my car, drove down to Phoenix, kissed my wife and kids and drove out to LA for about ten days to try and figure out what happened and be there to help Talinda and their kids. It was a very rough time.

You see these things on the internet, right? You’re like, “Oh, no. There’s no way this happened,” because I talked to him two days beforehand, and he was on top of the world. He couldn’t wait to start rehearsing. He was excited, and we were doing other things at Club Tattoo. It made zero sense, you know, zero, and I just couldn’t wrap my head around it for two years. I still want to understand how this happened.

Has it been therapeutic to make Amends?

Absolutely. It’s been one of the best healing things I could’ve done for myself. I can’t speak for the other band members. Well, I can speak for Mace, and it’s actually the same for him. Sitting there for hours at a time just listening to the same vocal track over and over and over again. It was brutal, you know, very brutal. But then as you started to get used to it and you start to work through it, you really start to heal from that and get to know his pain moments, listening to those lyrics. It became very special after a while. It was very painful in the beginning, but it became very special.