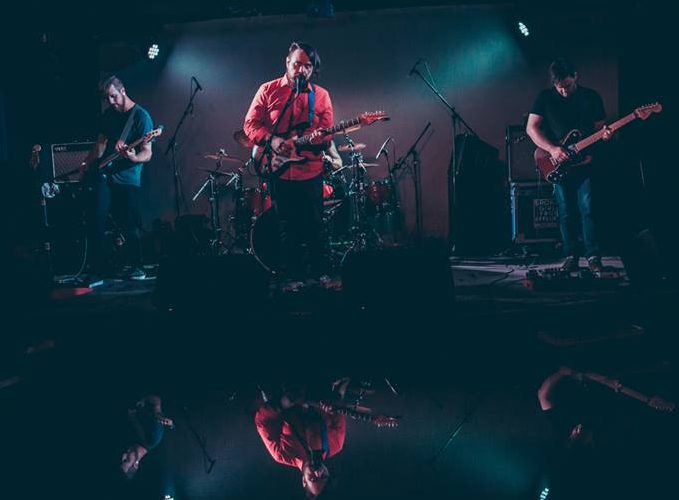 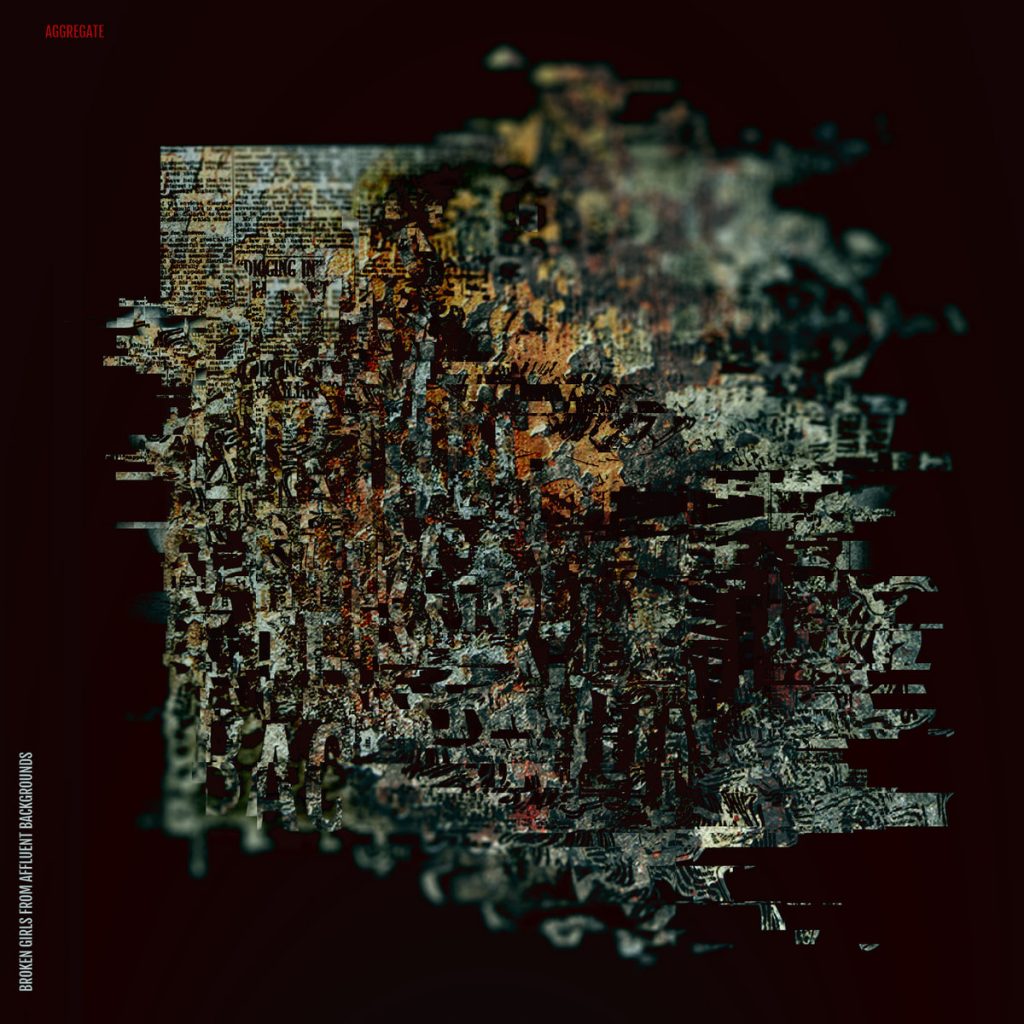 For the longest time, Broken Girls From Affluent Backgrounds was a band I was dying to see and would constantly miss. Their set would move to an earlier slot or in one case was rained out. I finally got to catch them, and as I suspected, they were amazing. Aggregate is their four-song debut, where Chris (guitar), Mike (bass), Shawn (drums) and Travis (vocals) show off their brand of heavy-textured alternative rock.

“Silhouettes,” the opening track, combines all the elements of quality modern rock with just a touch of post-rock atmospherics to allow your soul to wander. “Winning the Fight” comes off a bit like a space ballad, with plenty of melancholy in the vocals. Wait, what the hell is happening on that guitar? The more you think about their music, the more interesting it becomes, while they’re running around doing unexpected things. “Bones” was the first single, released at the start of the year, and it still gets me going after several dozen spins. It’s the intoxicating combo of Chris’s guitar and Travis’s vocals, dangling like marionettes from Mike’s bass. 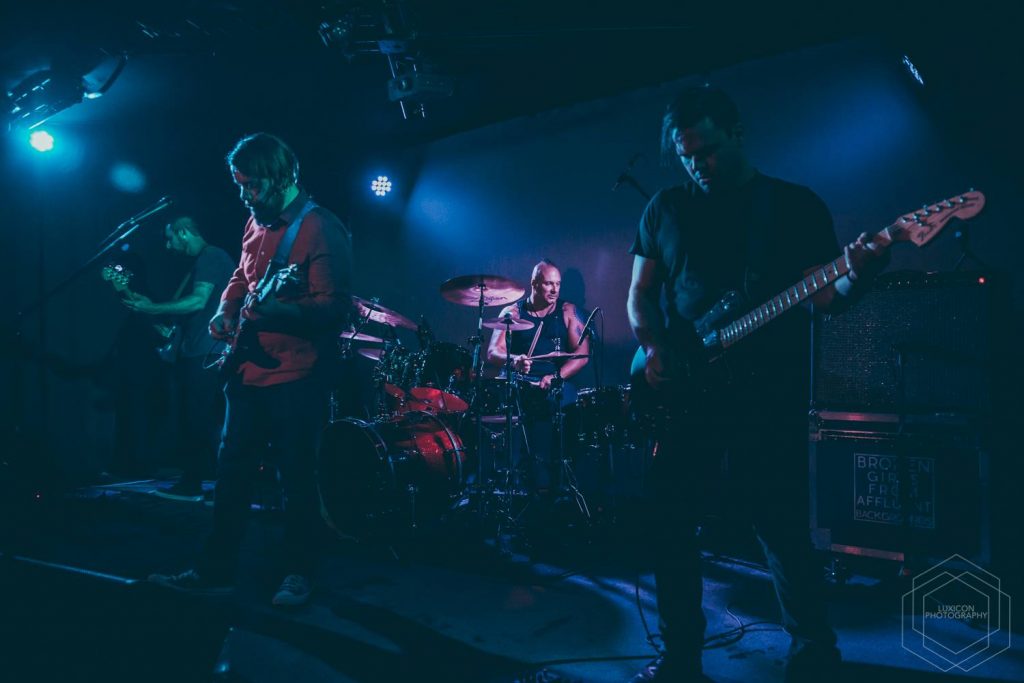 Aggregate finishes with “Tired Hands,” an easy-on-the-soul number that leaves you feeling a bit sleepy-eyed and smiling. It raves up here and there, but there is something smooth and comforting about Travis’s voice, never straining, never screaming, but still raging somehow. I’ve listened to it again and again, and I really have no idea how he pulls it off. It’s as if he might start to truly wail, but has the sense to reel it in.