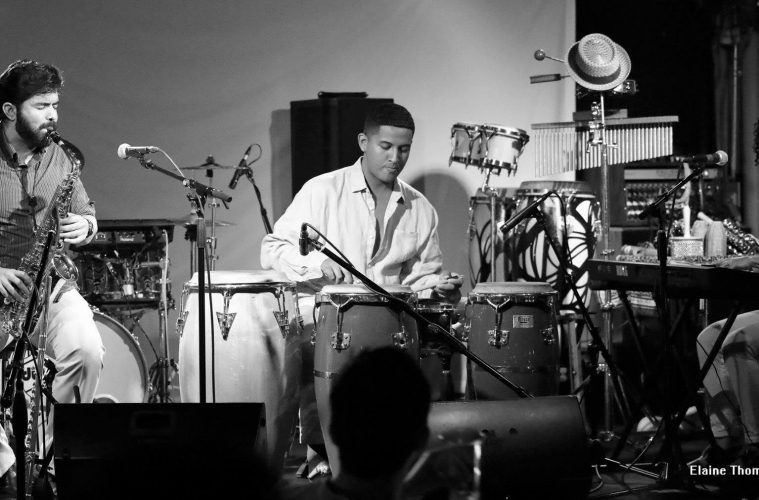 Catching Up with Solomon Trio 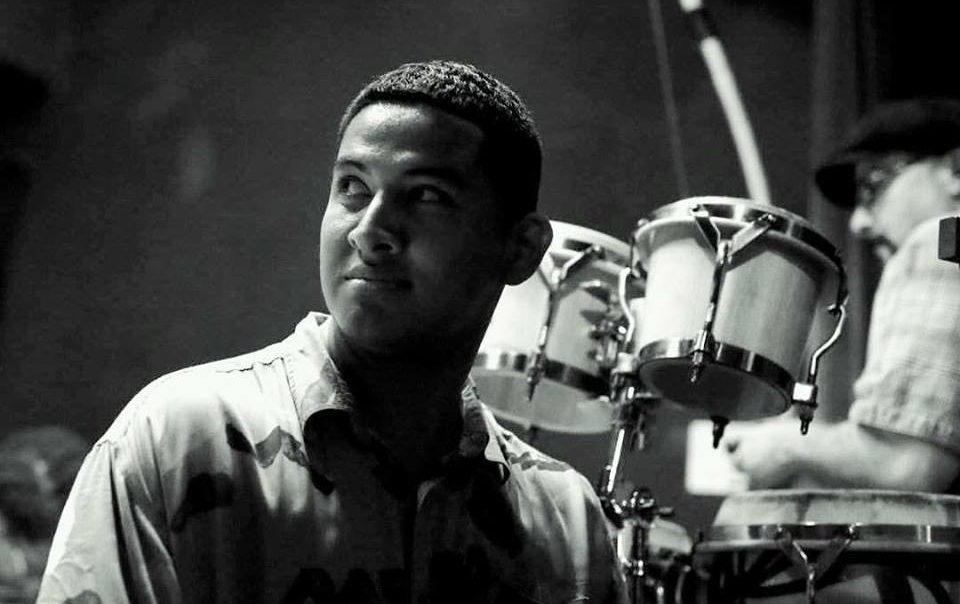 Life is not always a nicely packaged pop song with three verses, a chorus, and a bridge. Sometimes it dawdles. Other times it builds and runs. Sometimes it has no words, just raw emotion – whatever those feelings happen to be. Sometimes you’re on top of your world, and in the next moment, you’re back where you began, holding onto bittersweet silver linings and calling for tomorrow. Perhaps that is why the music of Solomon Trio is so uniquely accessible. They’ve mastered the art of taking life as it comes.

The inventive Latin jazz trio from Phoenix is composed of percussionist Israel Solomon, keyboardist Carly Bates, and saxophonist Armando Salas. Their music incorporates improvisation and standard forms as it dances between conversational and traditional ideals. In the live setting, the trio volleys ideas back and forth with one another as they move toward a central theme, like an impassioned walk that results from the building tempo of an intellectual discussion.

Solomon interplays congas, claps, and hums to create a percussive framework for his bandmates to enter. Bates then responds to offer context and feeling before Salas’ saxophone roams about the given space as its curious protagonist, eager to stretch his legs and speak his mind. 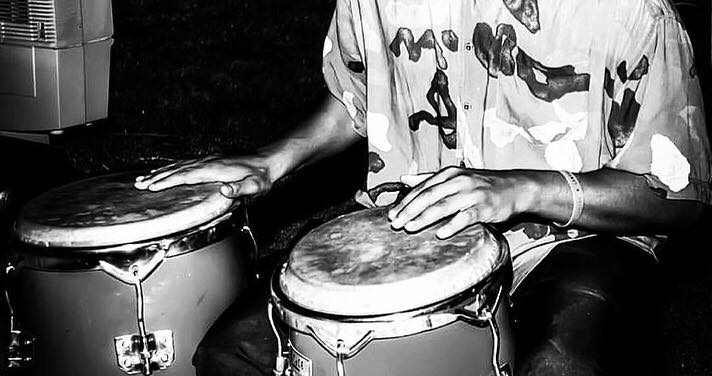 The true magic of an evening with Solomon Trio is that each member plays around in these interchangeable roles and takes his or her own turn at the podium. The three musicians investigate newfound environments and fluctuate between varying soundscapes as they explore the full spectrum of life available to their senses.

“Lately, we’ve been incorporating bird sounds,” Solomon answers after I ask him whether the band pulls from a more original or standards-based set of material. I recalled an example of the band’s ornithological incorporations from their September show at Valley Bar. In both quieter moments of peace and louder moments of intensity, Solomon would slide his thumb across the conga skin to create a sound that seemed to replicate a male tropical screech owl singing from the entrance of his home: “Come in! Come in! You are welcome here.”

The natural sounds blend with traditional chord structures that listeners readily recognize as having roots in Latin jazz and African polyrhythm. The band saunters through the ethereal, dissolves into direct conversation, and then finally returns home to a more traditional form before a piece is through. Their music is smooth but not always soft, free but never undeliberate, meditative and yet wholly responsive. The trio plays the present moment, and as such, sets are never duplicated.

Solomon says their music is the meeting place of the band’s cultural and spiritual backgrounds. “We’re all very sure of ourselves,” Solomon explains. “So from there, we’re able to blend the music of Africa, indigenous cultures, Latin America, and of course nature.” In combining their firm roots and common trait of self-assurance, the band is able to pull continuously from a source of inspiration made up of new sounds and past lessons, while releasing themselves to the present moment and remaining open to what comes next. 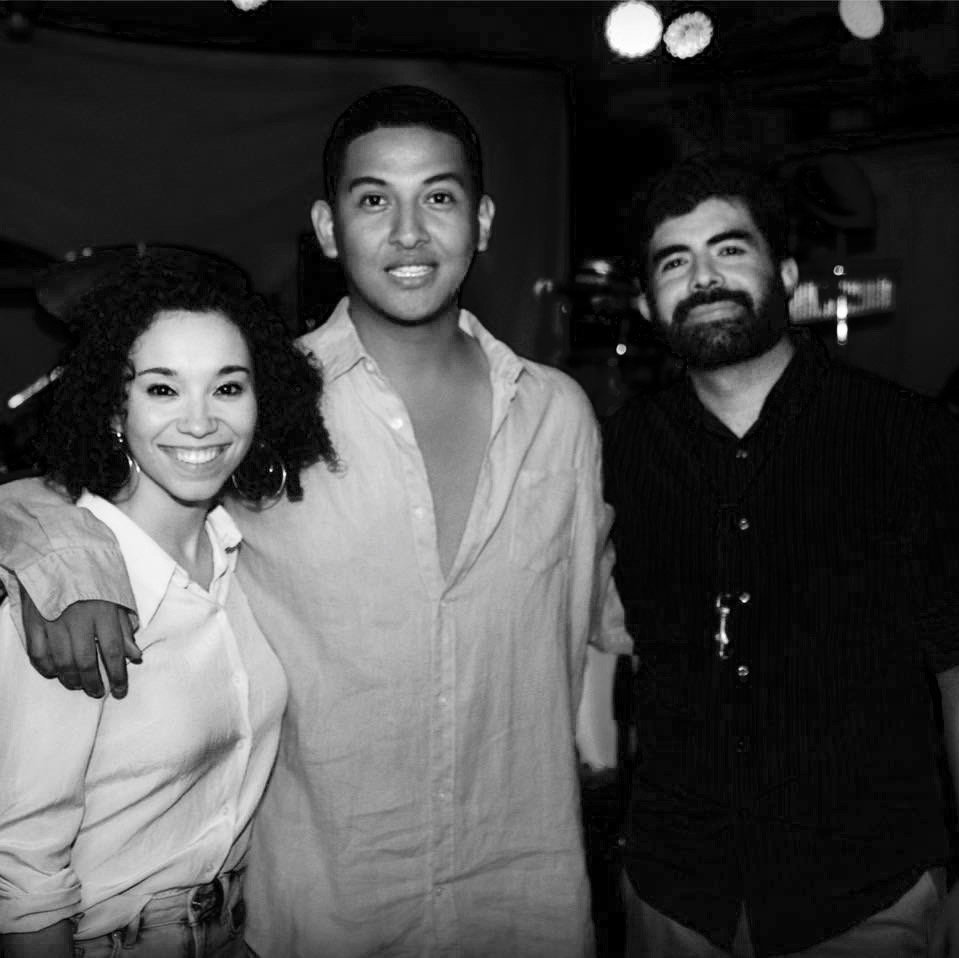 The group holds a regular residency every other week at Fuego Bistro in Phoenix, and recently performed at The Cool Down Sessions (hosted by Zeedubb of The Stakes) at ThirdSpace in downtown Phoenix. In addition, Solomon Trio collaborates with DiRTYOGA for the Yoga & Jazz Experience at Civic Space Park once a season.

At the last installment of Yoga & Jazz, Solomon Trio built their set around four themes: ocean, jungle, desert, and space, in place of an actual setlist. “We like to say it’s non-traditional jazz for non-traditional yoga,” says Solomon. “While the music certainly sets an intention, the teacher and the people practicing do so as well. So as much as we’re being heard, we’re listening to and reading the space around us, too.” The next Yoga & Jazz Experience with Solomon Trio will take place on Sunday, January 6, and admission is free.