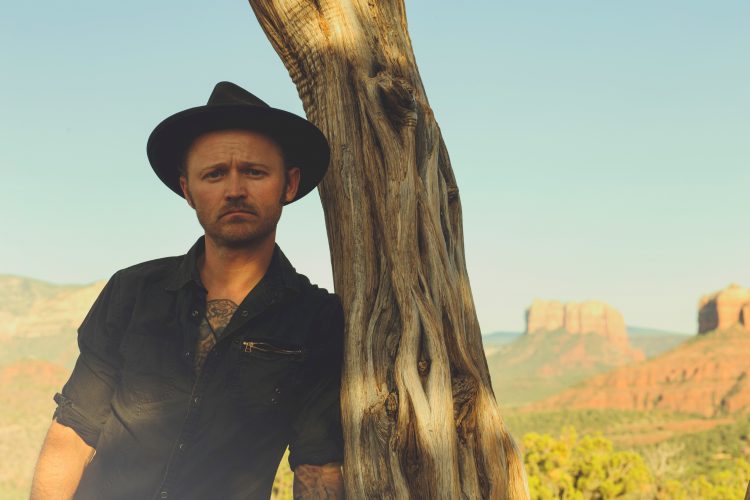 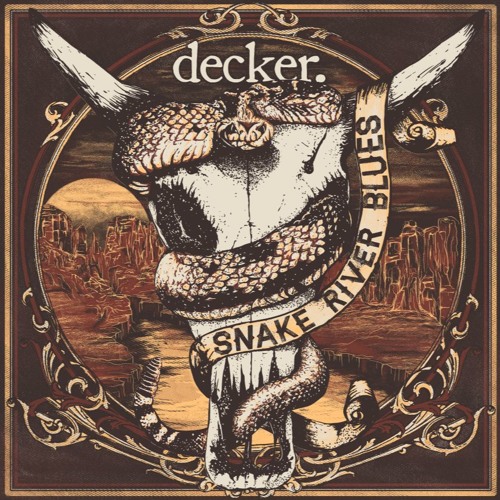 Snake River Blues may be the shortest record decker. has released to date, but it is also the most powerful and succinct. It’s stripped-down raw twelve-bar blues and rock ’n’ roll, as harrowing as it is exciting. Here are five tracks born of authentic desperation. Clocking in at 23:23, the entire thing seems to be a mystical journey through the mind of a man searching for his own truth and finding it.

Brandon Decker has always had a knack for creating his own mythology drawn from the desert and the red rocks he surrounds himself with, and this record is no exception. Having referred to their style as psychedelic desert folk, the band has clearly reimagined their sound and replaced the folk with rock ’n’ roll and a whole mess of blues.

The opener, “The Holy Ghost,” immediately grabs your attention and announces that “decker. 2016” is a slightly different, howling, growling beast, fast as a locomotive, beating down your door, with no illusions about where this record will go. “The Phantom” is the clear choice for the second single after the opening track. It’s been a live favorite since they started including it in their set, and on record at over six minutes, there is never a dull moment. “The Black Widow” gets deep and dark with a tale of finding a psychopath amid friends. It is both haunting and unforgiving. Continuing in that vein is “Blackwash,” a blues-drenched stunner, which has been another live favorite.

The record finishes with the title track, where Brandon Decker declares he is a man and a rolling stone, in classic blues fashion, so you can nearly feel the spirit of Muddy Waters channeled through his veins. It starts slow and steady, before exploding into wailing guitars. It’s a hypnotic finale that leaves a lasting impression of the new and exciting direction decker. has found.