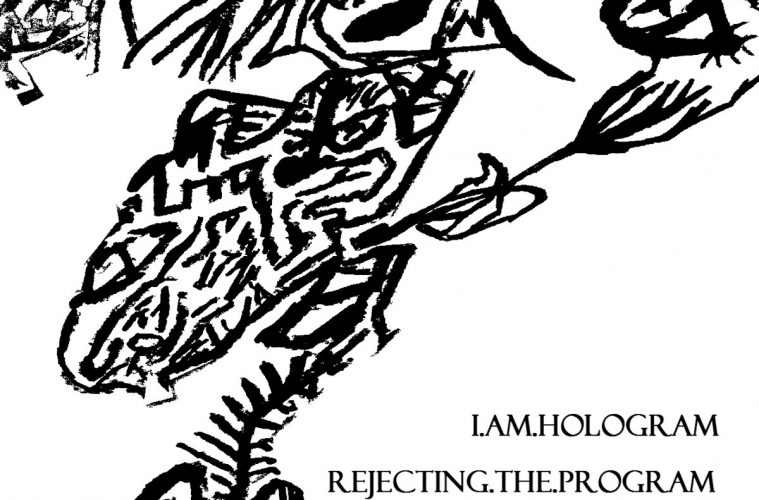 You may think that Richard Nihil is a raving lunatic, a proud mad hatter, but it turns out he’s a fairly brilliant musician. Like me, you may not really dig on the one-man band scenario, but i.am.hologram is the exception to that particular prejudice. Admittedly half the tracks here were recorded under the influence of mushrooms, and that lends itself to the weirdness and wonder found throughout this strangely psychedelic, synth-folk full-length release.

At times, it can be legitimately painful to take in, but it’s supposed to be that way. Still, the overwhelming aspect throughout is the vulnerable agility of Nihil’s voice. His histrionic vocal gymnastics are a spectacle and almost distract you from concentrating on the lyrics or the myriad of instruments surrounding it. This will definitely go down as one of the most intriguing releases of the year. It is raw catharsis, tempered with madness, bringing you into a world of wondrous psychosis. One listen to “Phantom Tree” should sell you on the whole thing, and if it doesn’t, then just skip the complete mind fuck that is “Osiris (Remind Us),” which clocks in at nearly nine minutes.

Rejecting the Program does just that. This is your soundtrack for coming untethered and unraveled in a world not your own. If nothing else, Nihil knows how to create an atmosphere of uncertain emotions and nervous energy that propels you through the record, with gems like “All the Lonely People,” “The Dancer and the Arsonist” and “House of Dreams.” There is a depth and singular vision here that is missing in the works of many, and it is damned refreshing to hear an artist turn himself inside out on record.