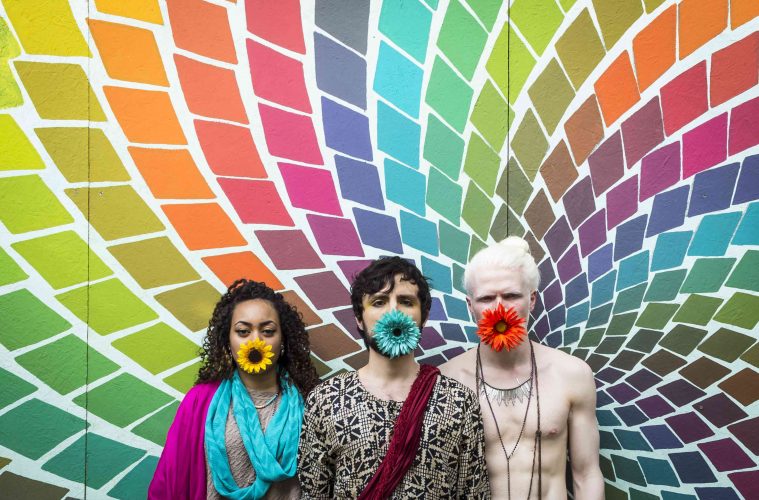 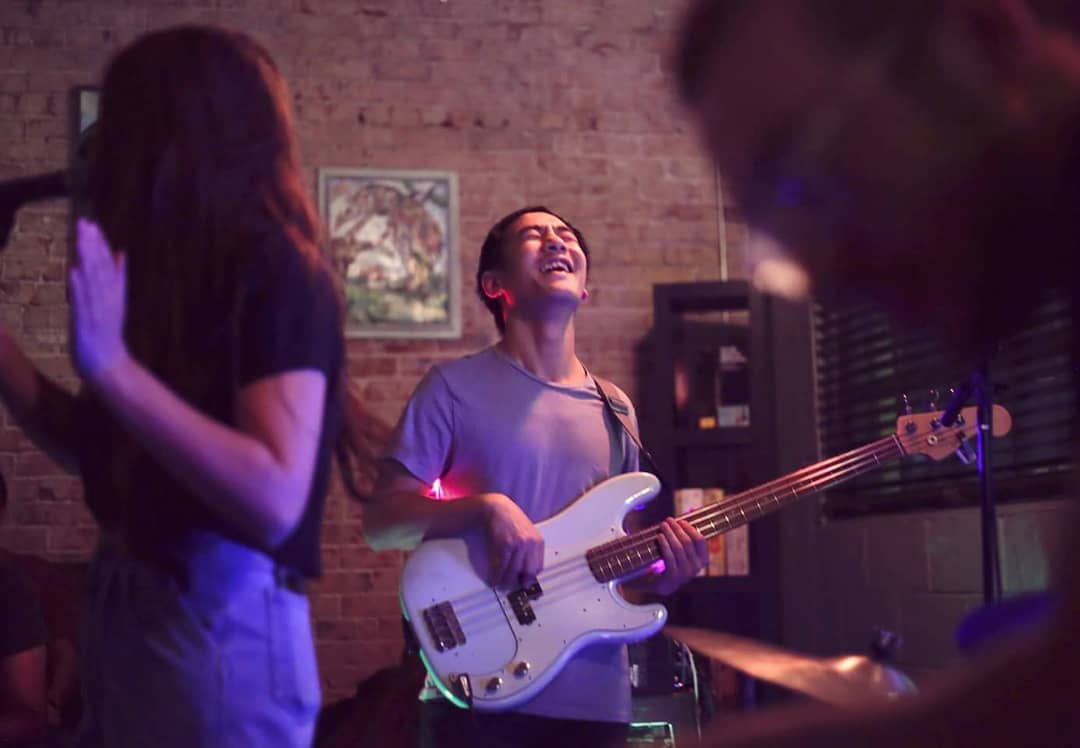 Some people consider music to be the language of the universe – an integral part of the all-encompassing mystery of being. The authors of The Kybalionidentified seven principles of truth to understand the construct of life. The same seven principles live within music. The fourth principle is polarity. “Everything is dual; everything has poles; everything has its pair of opposites; like and unlike are the same; opposites are identical in nature, but different in degree; extremes meet; all truths are but half-truths; all paradoxes may be reconciled.” Beauty is found where these two points meet – this is known as the point of balance.

Countless artists and musicians experience peaks of triumph and valleys of struggle in various parts of their lives. These trials and experiences affect everything they create. Most artists would agree that they need both aspects present if they are ever to realize their creations. People are merely machines of experience that process what they perceive and produce what they come to know. They can try to explain their work – what happened to them, etc. But in the end, all they’re really saying is, “I didn’t know how else to say this. I made this for you.” 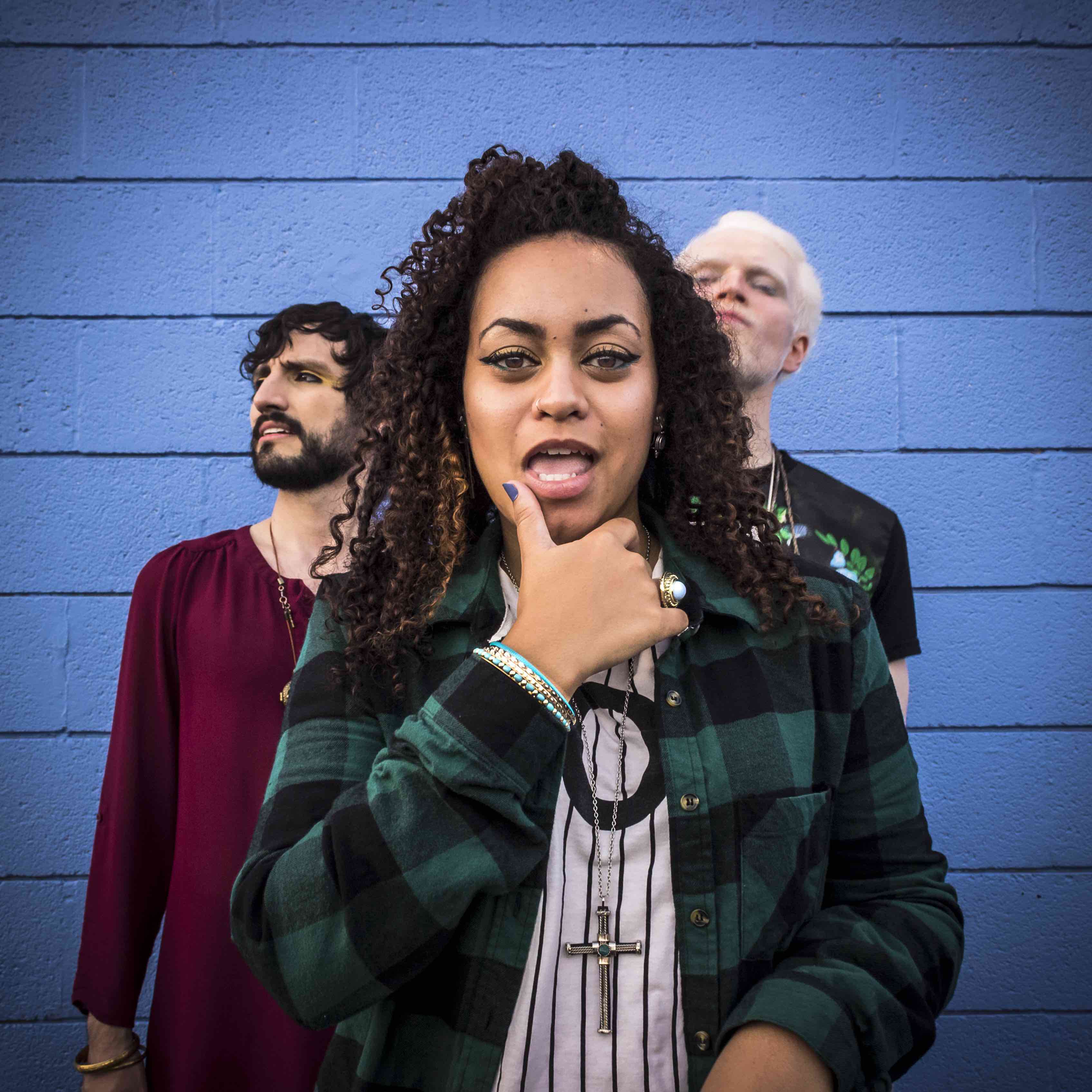 The Maya Spectra is everything you didn’t know you needed and nothing you would expect. The band creates what they refer to as “omnigenre” music. Their 2014 release, Music Box, found them diving headlong into their varied influences of electronica, hip-hop, jazz, funk, and soul. They cite James Blake, Tigran Himassyan, and Stateless as influences. The band blends their favored elements to craft a sound that spans tranquil meditation, nourished vigor, and informed politics.

The group’s history is as varied as their tastes. Donald and Julian Pena are brothers born and raised in Arizona. Donald didn’t find himself behind a guitar until he was 17 years old, but he quickly rose in prowess and went on to earn a degree in music from the Santa Fe University of Art and Design. Donald attended school with Julian, a drummer, and once there, the pair met French-Canadian vocalist Janel Blanco. In 2014, the trio formed The Maya Spectra. 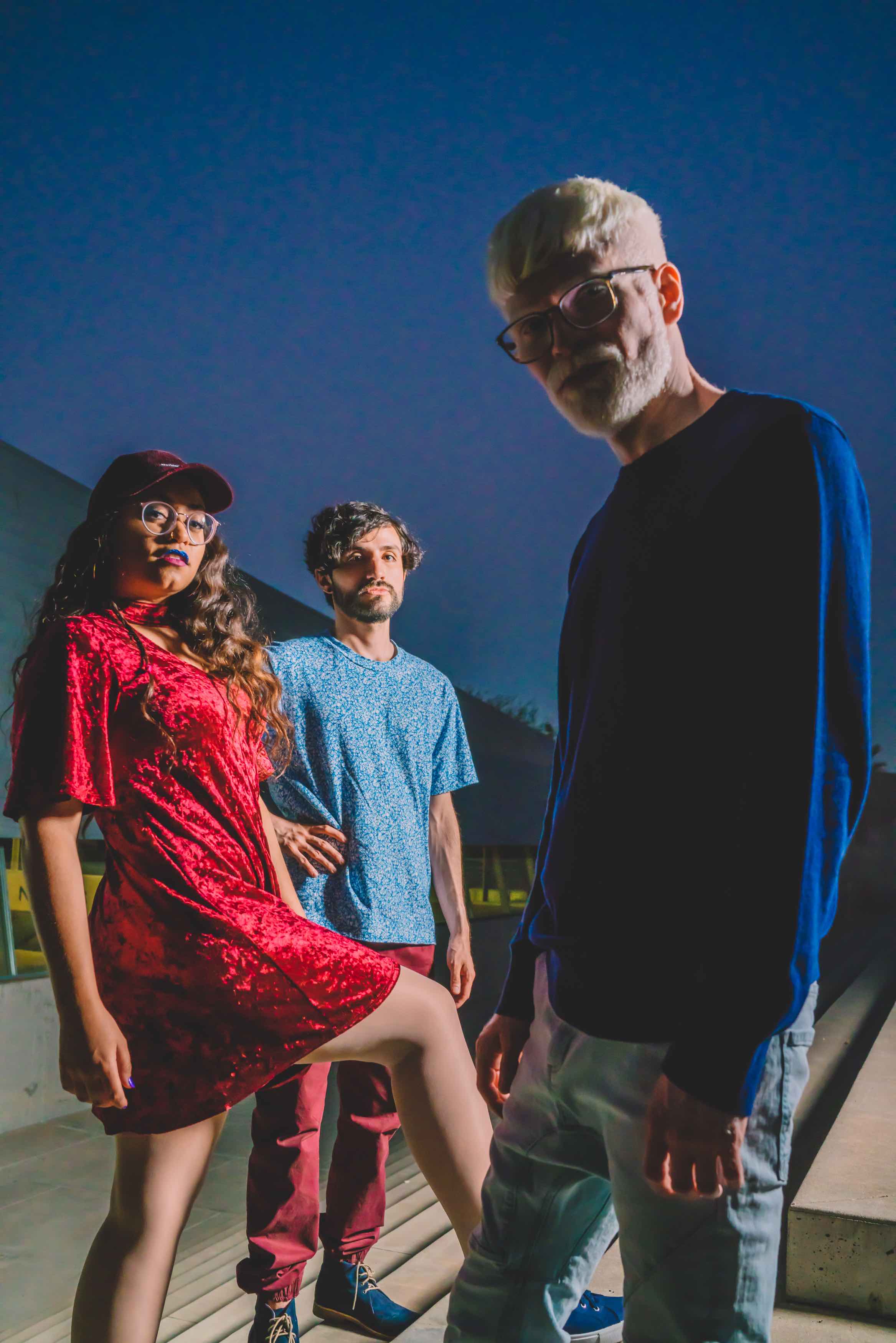 After graduating from college, Donald and Julian moved back to the Phoenix area, and Blanco soon joined them. Since that time, the trio has played rare shows at Valley Bar, Musical Instrument Museum, Lost Leaf, and Crescent Ballroom. While their dates have been few, The Maya Spectra’s impact has been great. This past September, the group opened for musical juggernauts Kneebody at Valley Bar. It was the band’s largest and most prestigious show to date. “We rehearsed that set every day for about a month,” Blanco says. And as the old adage goes, hard work pays off. The band performed a crowd-pleasing set worthy of their Kneebody nod.

The three members of The Maya Spectra harness a uniquely rich sound. Their music exhibits ethereality and carnality. Blanco’s voice crystallizes over electronica-driven beats, synth pads, and other sounds crafted by the brothers Pena. Their sound is dreamlike, phantasmagorical even, and yet thoroughly energized – the perfect soundtrack for a psychological thriller, a library session, or a wine-stained evening. 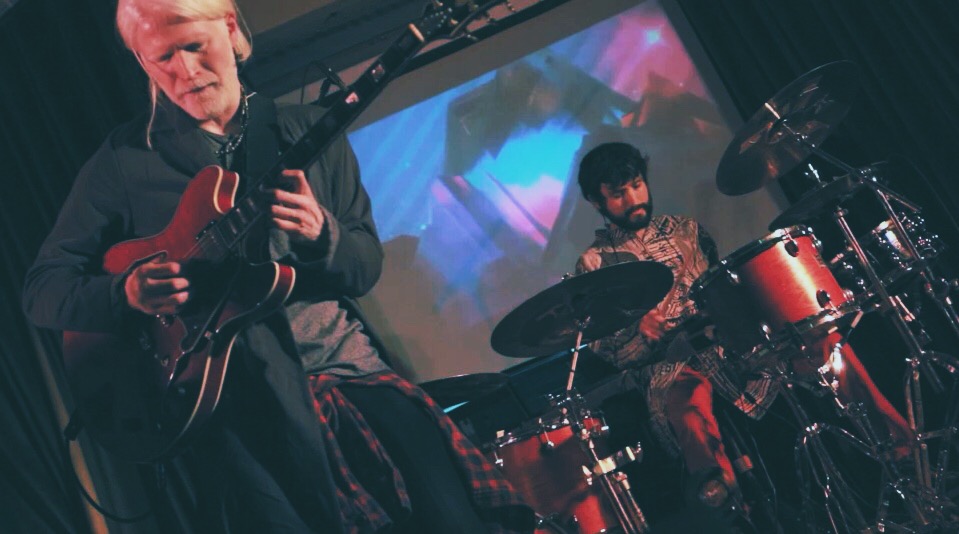 Donald’s technical handiwork is partly to thank for the multi-instrumental soundscape. For live shows, he splits his signal with a pedal into three different sounds: guitar, bass, and synthesizer. Julian holds up the other half of the music with percussion that is by turns fervent and poised. Finally, Blanco brings the experience full circle with her enchanting vocals that are at times textured with reverb and delay for increased effect. “We talked about getting another member, but if we can get the sound we need by ourselves, we might as well just go with what works,” says Donald.

The band gets their name from the Hindu goddess Maya, known as the force that creates and maintains the physical universe. Brahman is considered the supreme cosmic power of every physical object, while Maya is the illusory individual created by the consciousness that allows us to reach the highest truth, enlightenment. Blanco explains, “The spirit of The Maya Spectra is openness and freedom.”

“Our goal is to always remain conscious socially and politically, but we want it to stay open,” explains Donald. “We’re open,” Blanco affirms. 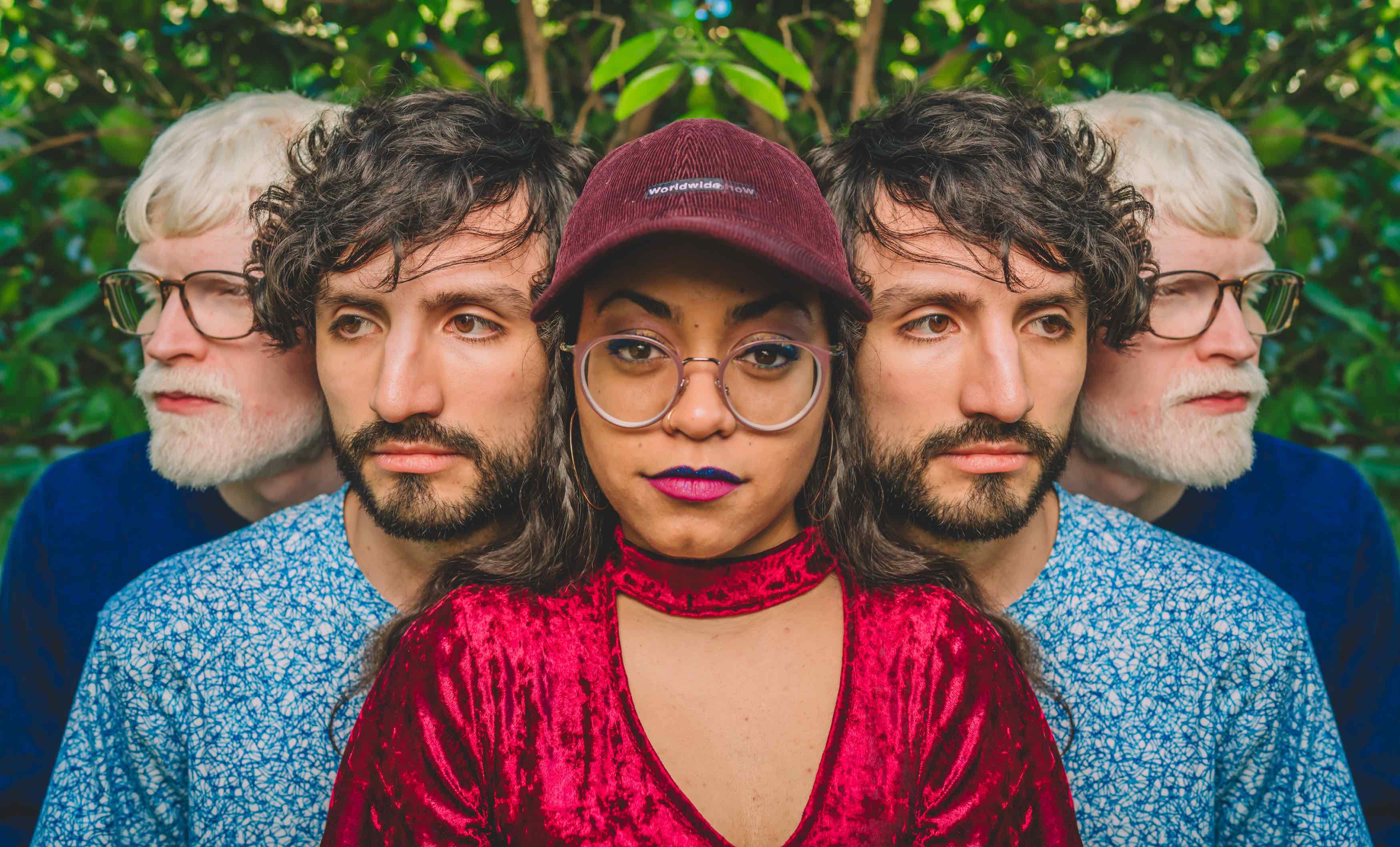 In 2019, listeners can expect a new release from The Maya Spectra. “We’re reintroducing ourselves with this new music,” says Donald. Look for The Maya Spectra’s live shows throughout the Phoenix area, and listen to their music on your favorite streaming service. Their newest single, “Cerulean Eyes,” will be available February 22. 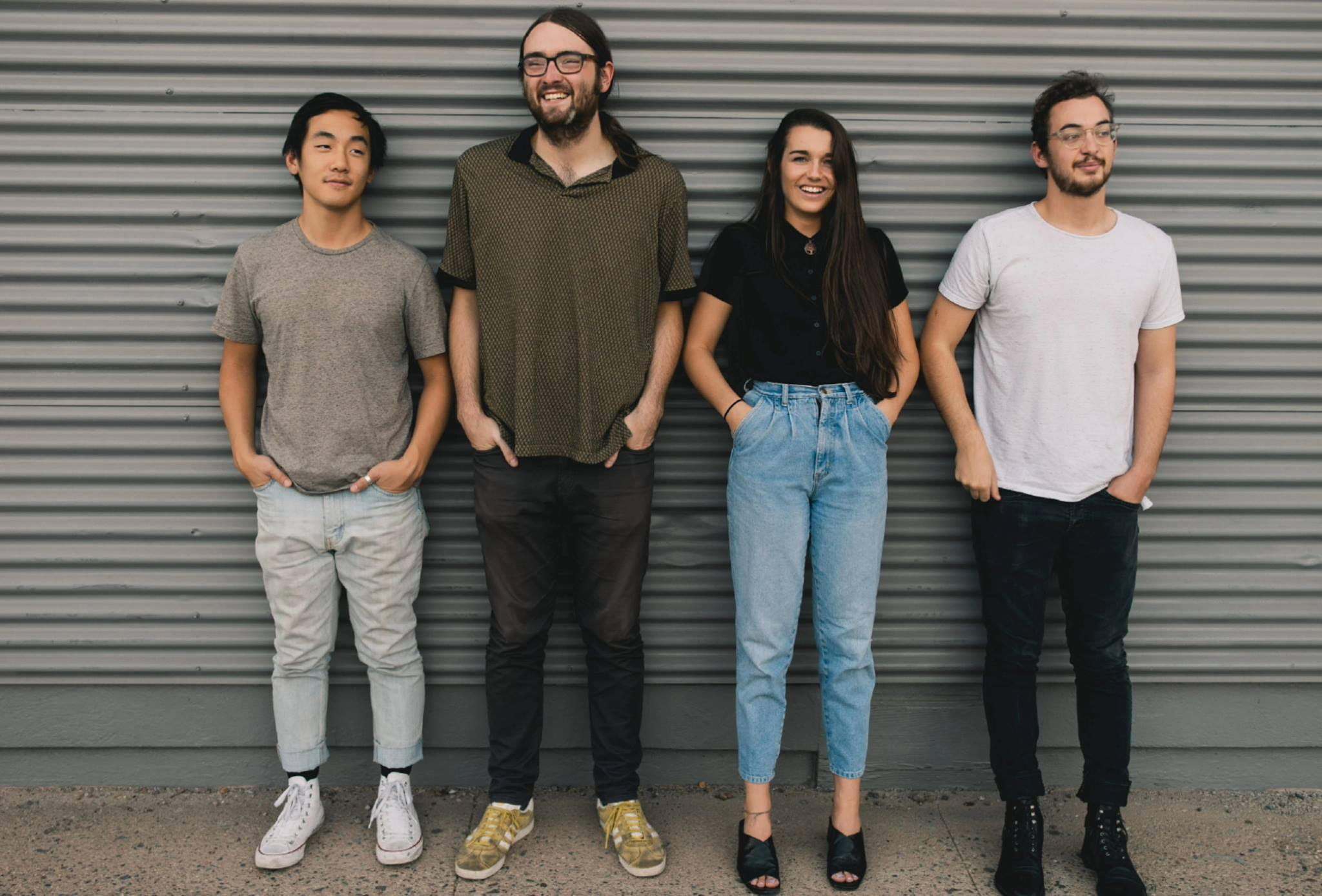 Another Phoenix band that explores the confluence of polarity is Palo Brea. In the group’s rehearsal space near downtown Phoenix, Daniel Byers spins silk magic from his keyboard and Laura Berens is crooning a vocal warm-up as she checks the levels on her PA system. She shrugs and offers an untroubled, “I don’t know,” once she gets her levels dialed to where she wants them. Owen Ma’s fingers roll through his warm-ups, which consist mostly (and hilariously) of playing the theme to Seinfeld, and Connor Sample is telling an anecdote about someone who told him to “beat the hell out of those things – this is a rock show,” referring to his drums. 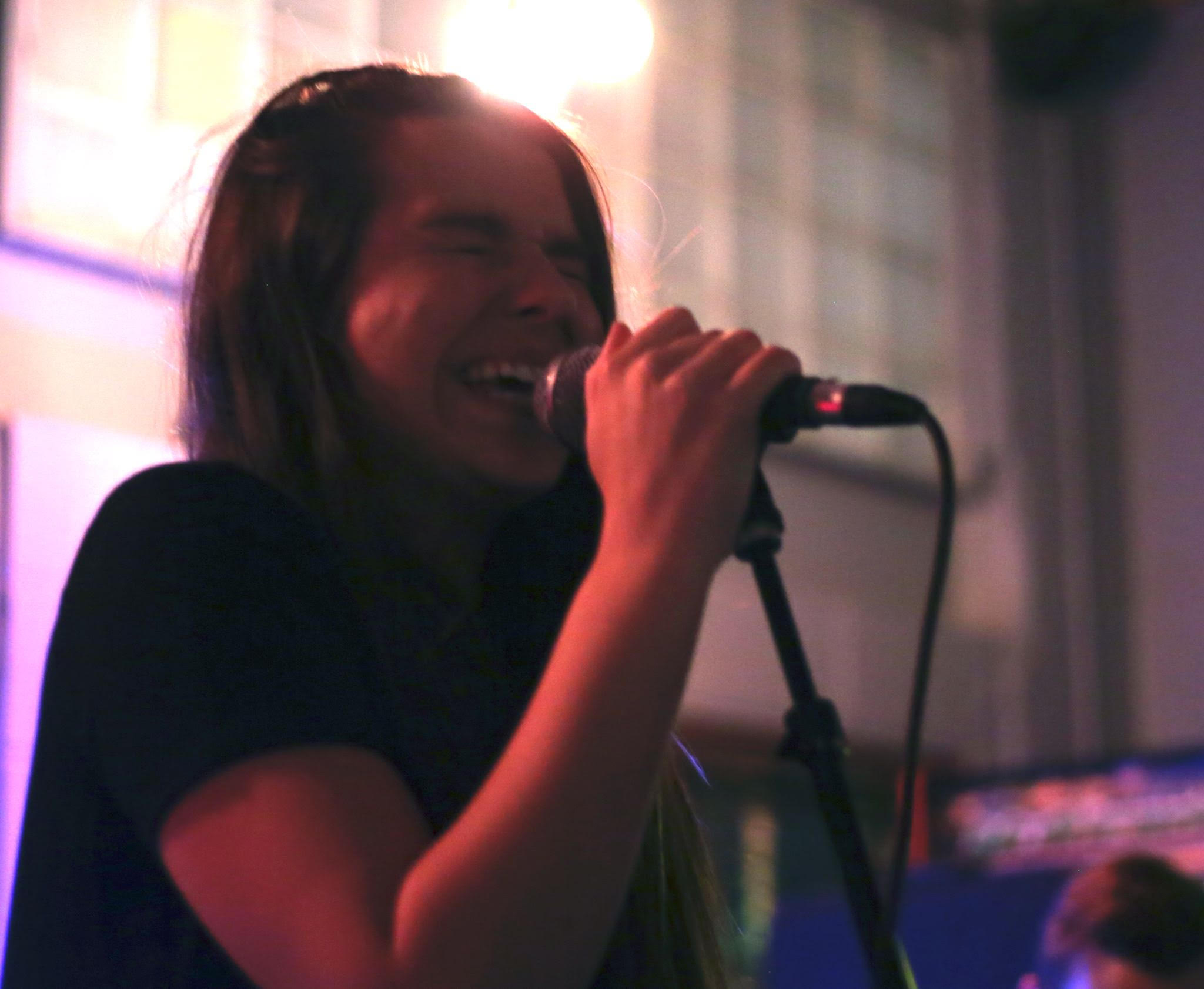 Byers and Berens have been making music together in Tempe and Phoenix since 2014. I first had the pleasure of hearing the pair play in 2015 at a house show in Tempe as part of the pop-soul band Blacktop Chalk. The band was made up of four ambitious undergraduates, all remarkably proficient in their respective crafts. Just as today, Berens led the band on vocals and Byers was behind the keyboard. Their sound was playful and intimate, full of consideration and emotion. Audience members couldn’t help but become entranced, smile, and break into dance. To put it simply, people fell for the group when they played. That reaction hasn’t changed at all when listeners come across Palo Brea.

After graduating from ASU, Berens and Byers stepped away from their independent project to work as cover musicians at various lounges and restaurants in the Phoenix area. “It was mostly just pop tunes,” says Byers. “You know, top-forty songs; playing ‘Piano Man’ for tips. Things like that. It sounds funny, but it was fun, too.” The duo took the gigs out of necessity more than anything. “Basically, we just needed the money,” Byers says, laughing. While the lounge gigs might have paid the bills, it’s evident that they also helped build the duo’s technical proficiencies. Berens’ voice is stronger than ever, and Byers is simply a wonder to witness on the keyboard. 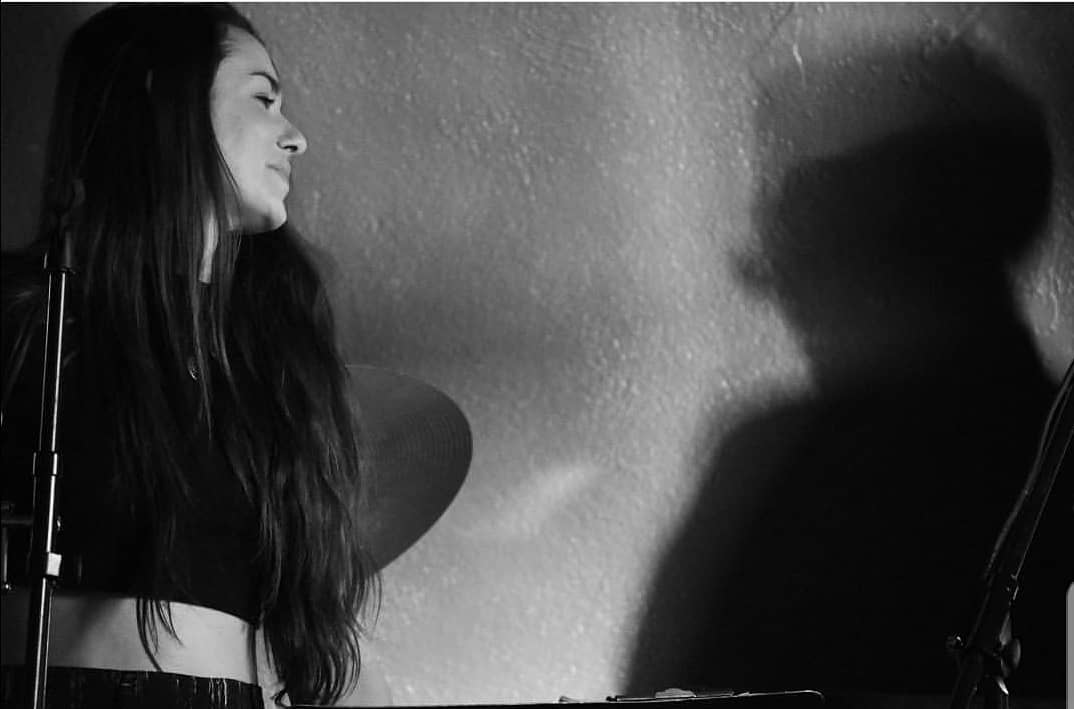 During their time as lounge musicians, Byers and Berens met bassist Owen Ma and drummer Connor Sample, and the four of them formed Palo Brea. With the right pieces finally in place, Palo Brea has brought their music to new creative heights. Berens and Byers couldn’t be happier to be back performing with a band and working on original music. “It’s the freedom of improvisation and being able to talk with the band. It allows us to create original music that speaks collectively,” Berens explains.

At the end of 2018, the band released their first EP, Palo Brea. They consider it to be a departure from and a marker of their former selves. From what they were before their release, the band seems more cohesive and willing to enter new spaces with group confidence. Their communication structure is sublime. Each member takes cues and advice from the others, and each offers advice in return when needed. Byers’ demeanor is perhaps the most apt to describe the band’s: fun, but ever-focused.

Palo Brea’s music is a mixture of pop, soul, and jazz, among other genres. “Crafty jazz-pop,” says Berens with a laugh; she credits Holly Pyle (House of Stairs) for the description. But their music continues to grow in so many new directions. At their rehearsal, I was lucky enough to hear some of the band’s new material.A hip-hop beat paired with an infectious synth hook slid into new territory via a prolonged hold on the synth-pad that dovetailed into the caressing arms of psychedelia before landing in fast-paced electronica.

Palo Brea’s music is honest and raw. Byers’ musicianship drives placid, graceful moments into wondrous, ebullient climaxes. Sample and Ma are an ever-present support system. Berens’ voice is at all times tenacious, confident, and familiar, with a full spectrum of angst and triumph. Flow comes naturally to the quartet, and beauty and truth are well within their purview. They each know how to support, fill gaps, and let the other members breathe, and, of course, they are all marvelous soloists. The band members wrap in and out of each other with ease and familiarity. Their rehearsals are full of laughter and joy, and yet their sound exhibits a maturity that suggests years of serious study and living. 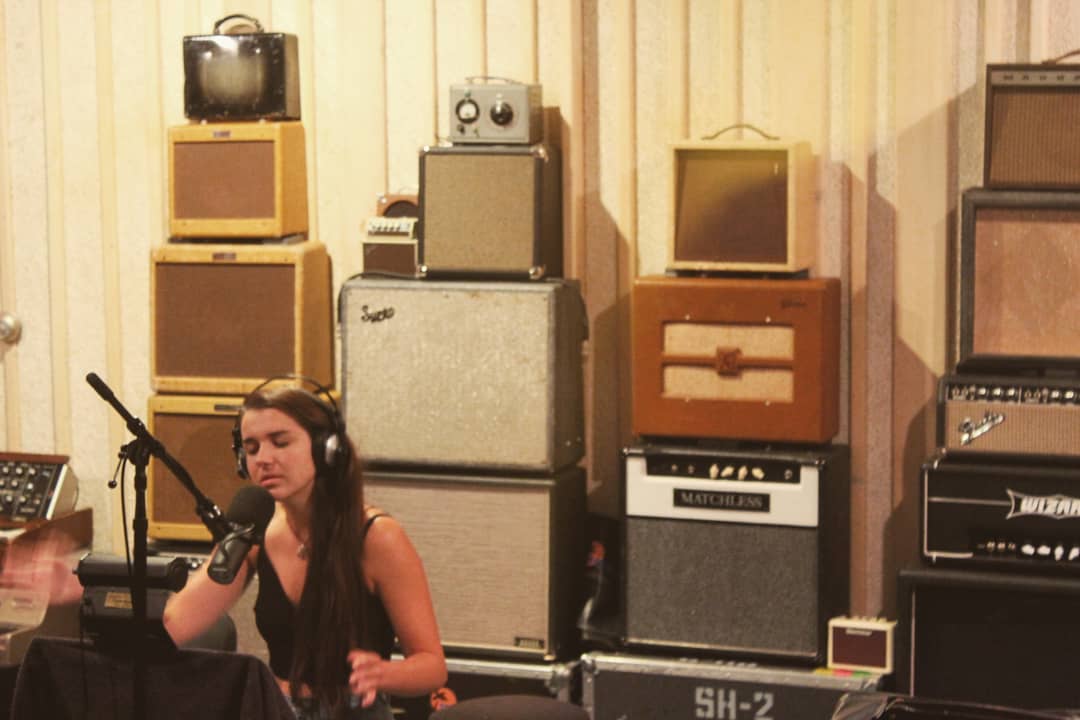 Both Palo Brea and The Maya Spectra are examples of what happens when hard work meets stable roots and a desire to seek out the unknown. Look for shows from both of these bands in the new year. 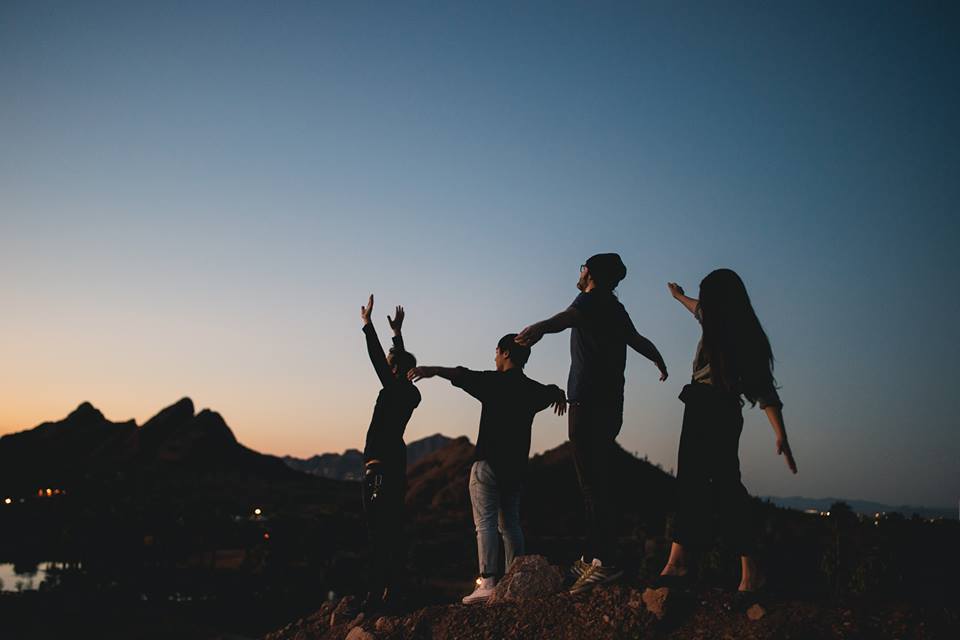