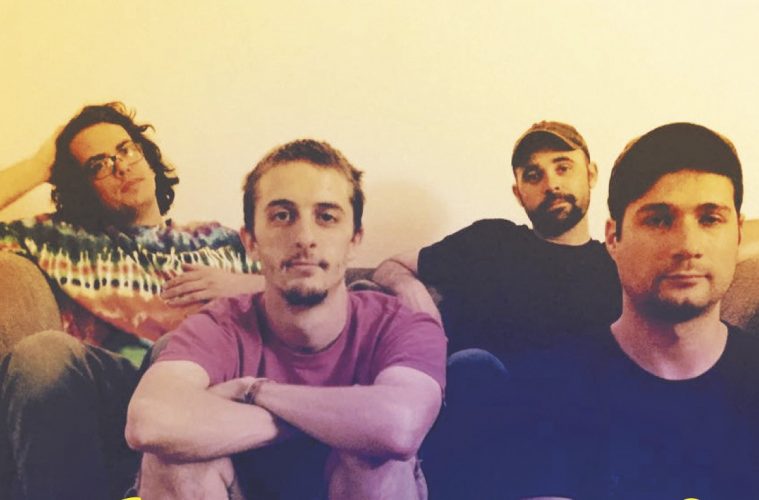 I’ve been waiting for a full-length album from Twin Ponies since their inception, maybe slightly before, actually. You see, in the beginning there was Tugboat, who over the course of four years put out a fantastic album and two amazing EPs. They were primed to rule the world, but the very night they released their album in 2012, they called it quits. This was a damn shame, but not for long. Born from the ashes of Tugboat, Wayne Jones, Phillip Hanna and Jordan Tompkins recruited guitarist Jacob Lauxman and formed Twin Ponies. 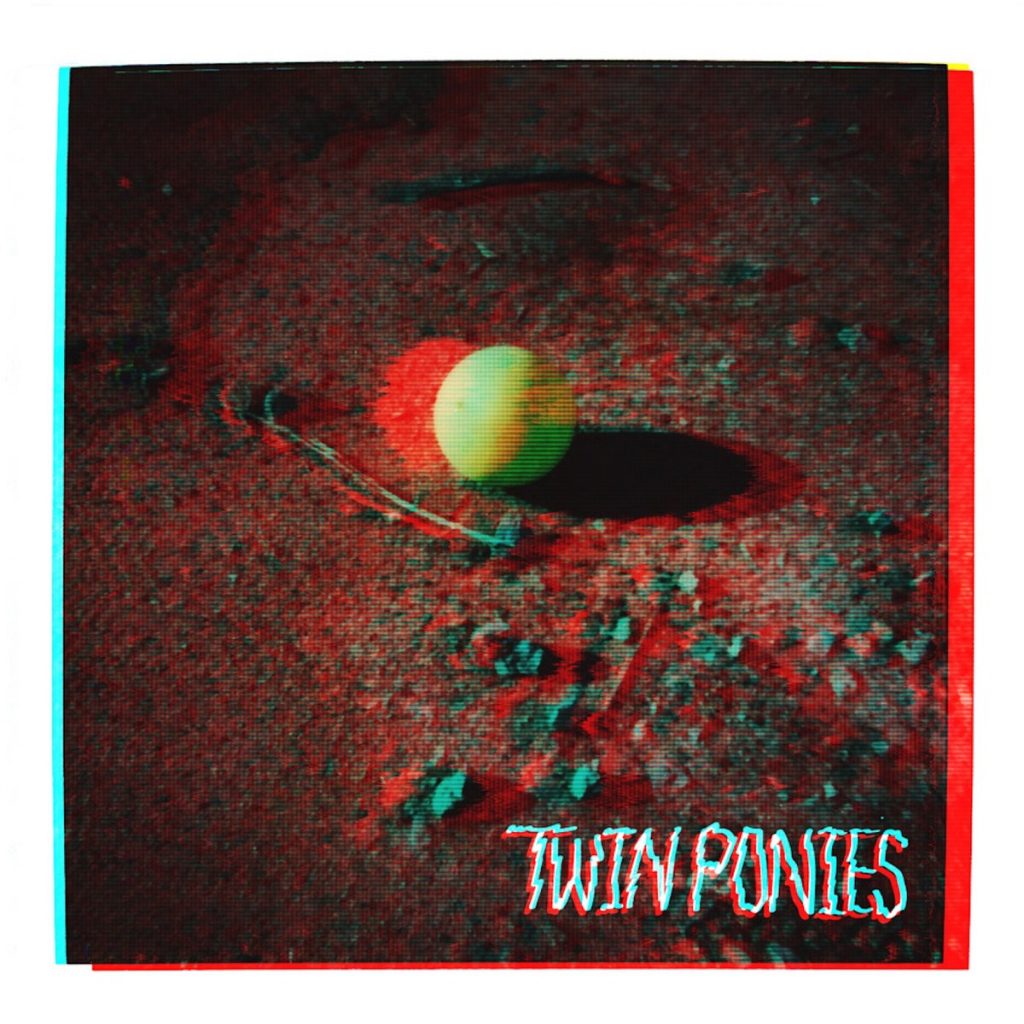 I will never forget the release show for the debut of their PORES EP. It was an amazing evening, and their limited-edition songbook containing the lyrics, sheet music and a download code for the record was the most creative I’d seen. I’ve been a fan ever since, addicted to their live shows and following their spare releases religiously. Right from the start they had an album’s worth of tracks, but over the last four years we’ve gotten two EPs and two split EPs, with Celebration Guns and dent. I begged Jones to put out a full album, and finally it’s here. Once more, Wayne Jones (vocals/guitar), Phillip Hanna (bass/synthesizer), Jacob Lauxman (guitar) and Jordan Tompkins (drums) lay down their tracks on wax.

At the heart of it, Twin Ponies is a muso band, musicians playing music that other musicians will totally love. They are not the kind of band to get singles on the radio, other than late-night college radio or independent airwaves, and yet everyone who knows them loves their stuff. When it comes down to it, they’re just indie down to their pores. They blend post punk and math rock, early alternative and punk flourishes. One of the things I love about Twin Ponies is that no one else sounds like them, anywhere.

Guitar sounds crackle, feedback whines, edgy chords come out of the din, before Jones’ vocals kick in, and a minute in the entire band explodes with “Great Big Great.” It’s a fantastic live number and a great opener for the album. This should get one of two reactions from the unprepared: either “What the heck is this?” or “Whoa, what is THIS?” With Twin Ponies everything is bathed in math rock madness and walls of guitars, yet they somehow find a pop hook in the delicious center. “Great Big Great” has all of this, from the blissful cacophony to the soaring hook on Jones’ chorus vocal accompanied by soaring guitar. It’s a hell of a way to kick off the album. 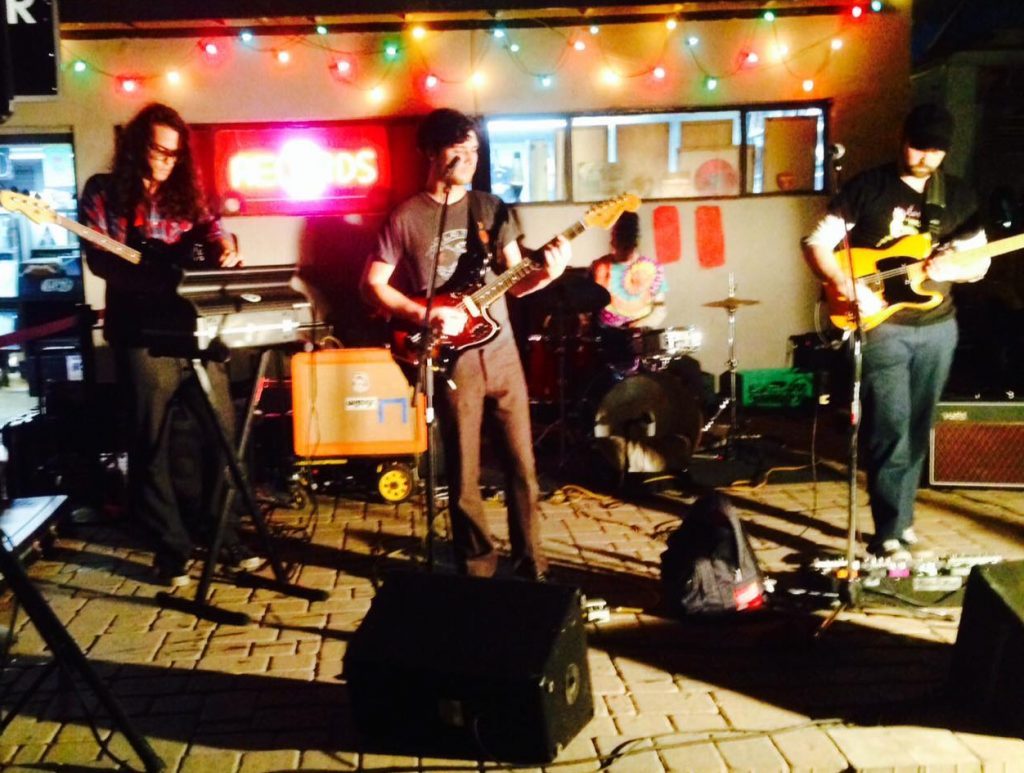 I’m not ordinarily a fan of long songs, but when Twin Ponies go on a six-to-eight-minute bender, they have my absolute rapt attention. They know how to keep it interesting and ever changing. “Ends and Pieces” is the first of the three longer numbers, and every moment is completely engaging. Unlike a lot of bands that abuse the length of a song for self-satisfying reasons, Twin Ponies actually take you to places as dark as they are redemptive, and all aurally fascinating. It’s an exploration in the exploitation of grunge guitars, with thunderous drums and Jones’ distinctive indie rock vocal, with slowcore, shoegaze moments.

“Balloon Animals” makes a reprise here from last year’s split record with dent, and it fits in seamlessly with the rest of the album. After the epic mindblower we just experienced, “Balloon Animals” sounds like a pop song, clocking in at 99 seconds. An instant hook, and then, poof, it’s gone. In its bubbly wake, “Thumbs Down” begins like a dirge with deep bass and unsettling snares. When the guitars come in, it becomes disorienting. As Jones starts to sing, it gets woozy, playing like a harrowing psychedelic experience. With its embedded sense of dread, it’s an amazing rendition of how your soul feels on a bad day, but musically.

The mood is completely reset by the near joyful guitar that bursts forth from “Humpty.” It’s a peculiar, stripped-down song at the start, that moves into one of the finest, catchiest songs in their catalog. It’s another one of my favorite jams from their live set. Also, it must be said that Jones’ voice here is simply stellar. “Groundskeeper” follows immediately, and the vocal prowess continues across the shortest tune found here. It’s a perfect companion/coda to “Humpty,” with Jones singing every bit as passionately and the guitars just going to town with pervasive mania. 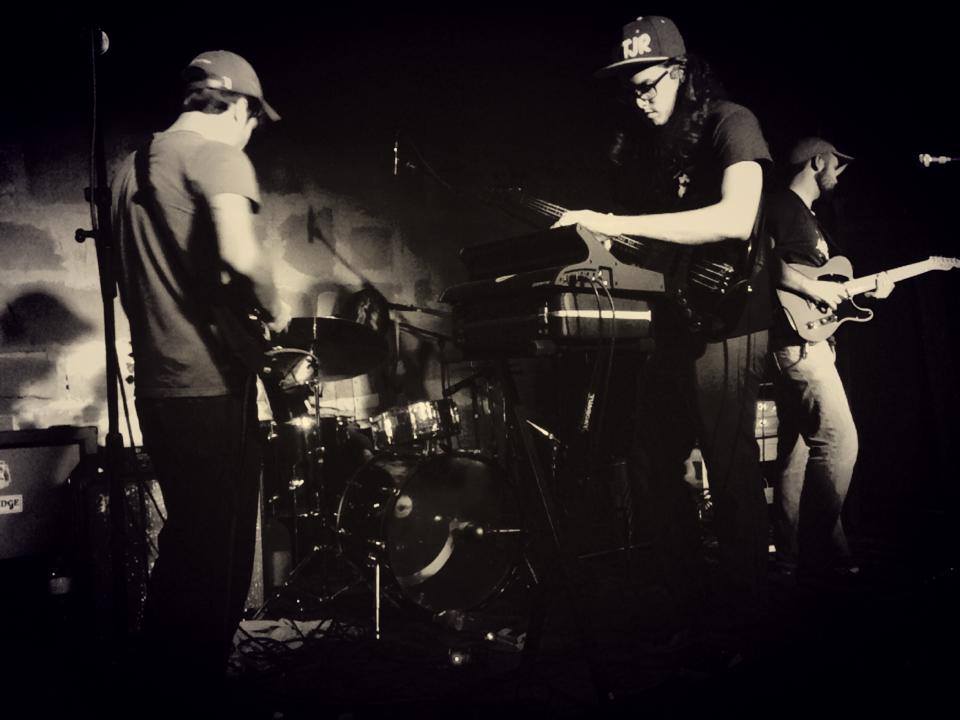 “Pipius” is the longest epic found here, exceeding eight minutes. It starts slow, grinding you in as it ambles along, leaving you to wander on the drumbeats. Jones sounds like he’s fronting Radiohead, and it’s as intoxicating as it is unnerving. Two minutes in, it picks up in mood and tempo but becomes a little more haunting and dreamy. It feels like going down a rabbit hole. Disjointed keys appear, Jones moans with lyricless vocals—this is deep space in the land of Twin Ponies. Mind-bending guitars deceive you, propel you from one movement to the next in continuous exploration of notable unfound sounds, until it slowly disintegrates and you are left with only stars in your eyes.

There’s a familiar chime to the single guitar strum that starts “God’s Droppings.” It happens twice more, but it’s not the same. After the third strum, the song predictably explodes into another uniquely catchy number. It’s one of their signature songs because this is the epitome of what Twin Ponies is about; this is the very quintessence of their existence distilled into four and a half minutes of brilliance. Jones sings his heart out while the guitars, keys and drums create a maelstrom that seems to spin around your consciousness, making you dizzy and unhinged, until at last you are released and it’s like being thrown off a fast-moving merry-go-round. 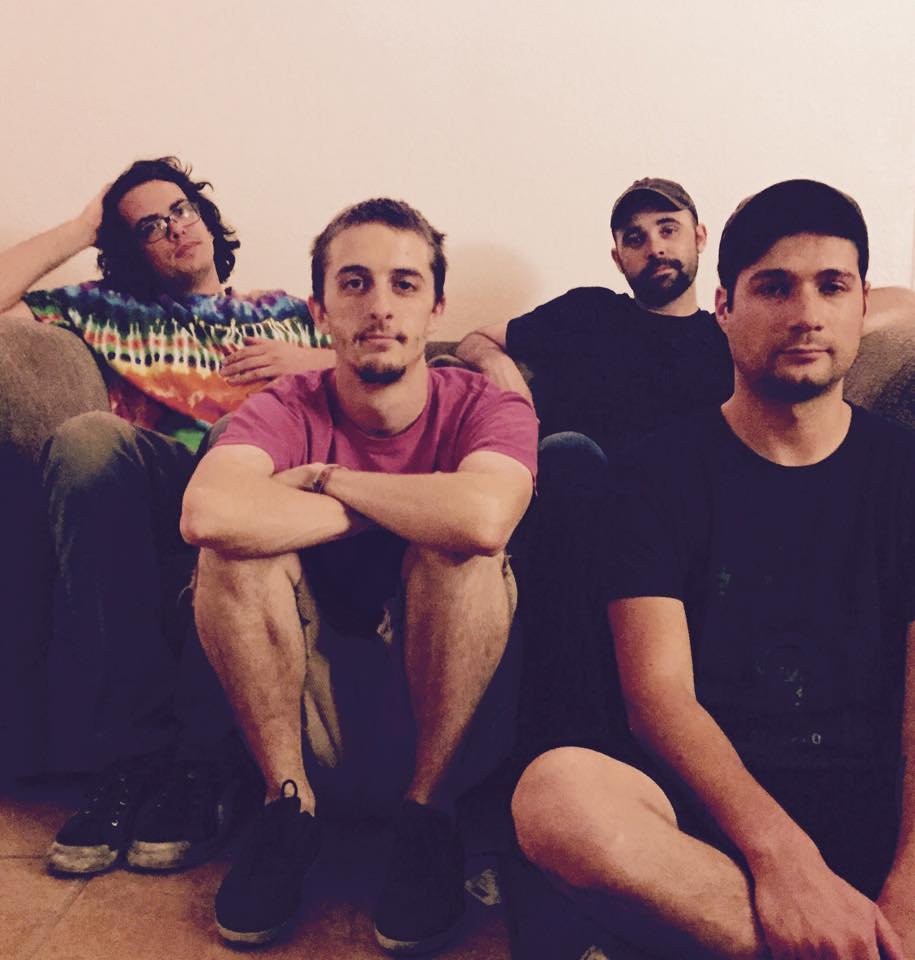 The last epic number in this collection also serves as the finale. “All That’s Left” comes on like slowcore, like Codeine with J. Mascis on vocals. Twin Ponies’ slower numbers still remain heavy as hell and continuously fascinating. In this case, it sounds like they are wringing out all that’s left of your consciousness, grinding your mind into submission and preparing you for the end of the album, which vanishes into a vibrational dusk of noises, feedback and silence.

Twin Ponies’ self-titled full-length album is the band at the height of their powers, doing what they do best. It is a journey in sound, mood and musical architecture—an entire gallery of paintings in motion that ride through the air to touch your soul, engage your mind and rearrange your senses.