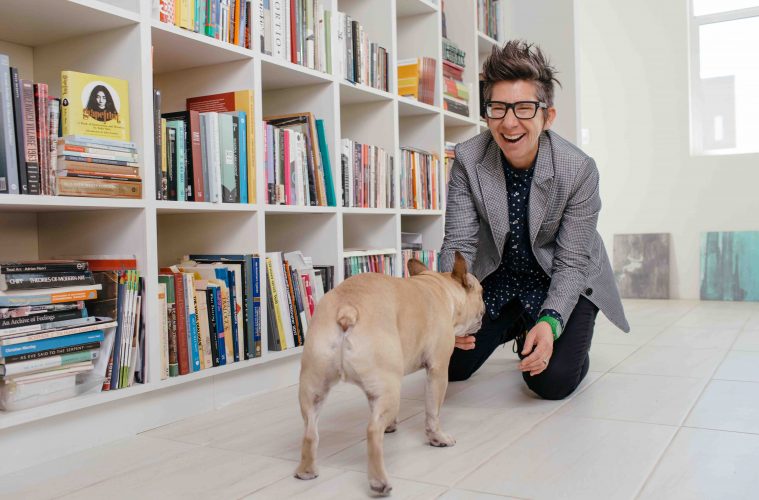 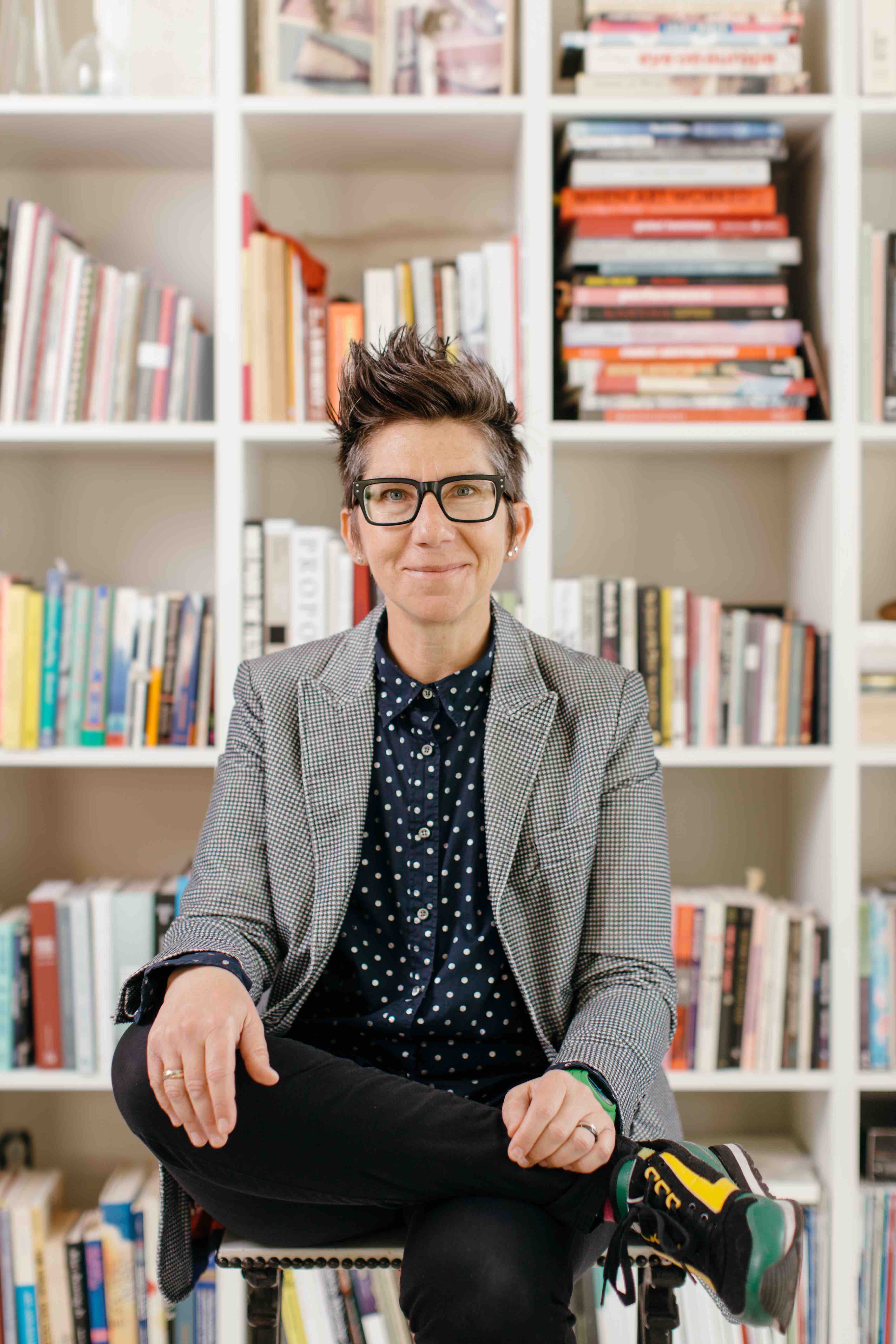 There she is at Giant Coffee near Burton Barr library at 8:30 a.m., getting some work done. Then there is her bright, squinty smile on a huge poster outside Scottsdale Performing Arts Center, announcing an upcoming stage performance on Feb. 22. And there’s her name in big letters again on… What is that?A book cover?

“I’ve published essays and short stories in books. But this is the second, meaty undertaking,” Katan says of her second full-length work of non-fiction, Creative Trespassing: A Totally Unauthorized Guide to Sneaking More Imagination Into Your Life and Work, to be released by Penguin-Random House in February.

The book developed after Katan spent the last several years serving as a tech industry hired gun, doing a little consulting over here, motivational speaking over there, and generally creatively disrupting countless traditional workplaces, infusing them with her infectious energy, off-the-wall extroverted-ness, and keen eye of a quirky outsider.

“People would constantly ask, What do you do? And I remember always answering that question with a job title.” Katan has held a number of different corporate positions. But at some point she realized that putting on a label such as “program coordinator” or “curator” did not extend far enough to explain who she is and everything she does for a company.

“Then I finally realized, that [title] says so little about what I actually do. In fact, I think I’m more than my job title!” she declares. “When I started speaking as a representative of these organizations, people began saying, yeah, but you bring so much more to the job – you bring a sense of humor and lightness!”

“I feel like my entire life has been creative trespassing. I just didn’t have a word for it.”

Katan used her experiences in the corporate world to begin experimenting with her own inventions, disruptions, and interventions. Many of these exercises in reclaiming space and agency at work became direct inspiration for what she calls “productive disruptions” in the book. For example, Katan advises readers to invent their own job titles and then print new business cards and own that self-proclaimed title.

During her time at Scottsdale Museum of Contemporary Art, she titled herself Curator of Shenanigans. Some in the office frowned at the silly new title, but Katan took her business cards to conferences, handed them out, and the title stuck. Potential new clients and professional connections remembered her and contacted her to help promote and advance SMoCA.

“If you take the initiative to do something that furthers the mission of your company or organization, and it works, they are not going to be like, ‘Throw away those business cards! They’re too racy.’ They’re going to be like, ‘Thank you for getting us extra business’,” she explains.

The productive disruptions encourage employees to push the rules and seize agency in their places of employment. These bold moves show the management you’ve got “moxie,” just like Tania Katan. “As I got an awareness of what I was doing – by bringing in skills that were not on my job description but were necessary – it actually helped. It helped generate revenue, it helped marketing efforts, and it helped really traditional boxes get ticked.” 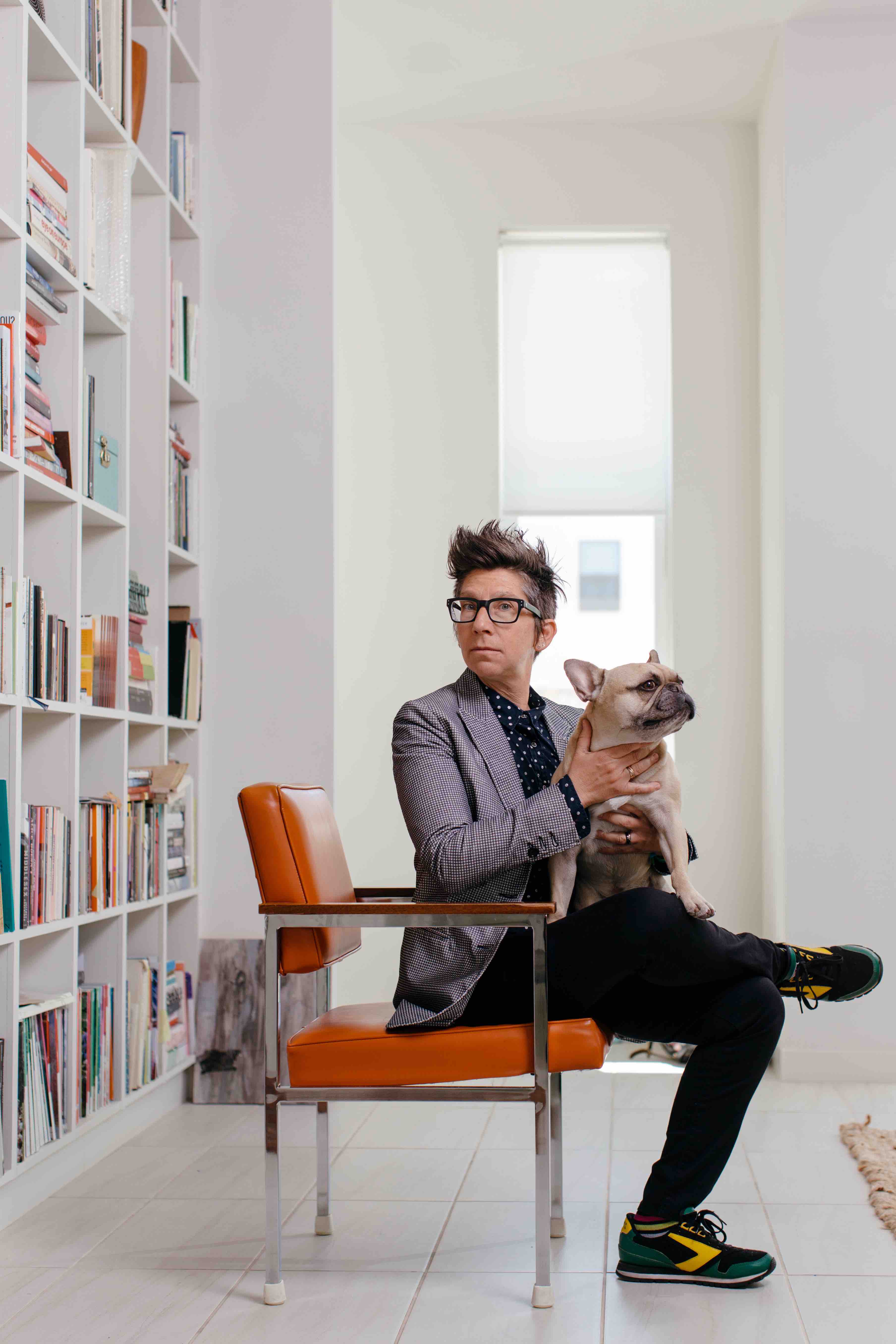 Katan says she has always been a writer, her entire life. She began as a kid, journaling. Developed her own code in a handwriting that only she could read, just in case she needed to protect her secret information. Sometimes it was stories, sometimes it was poems. She has never limited herself to any genre.

“Since I was little, I would keep journals. Like, little-little, five or six years old. And then as a teenager, I think I developed that chicken scratch-y [style] so that only I could read it if anybody found it. I was protecting my thoughts and ideas and allowing them to unfold without anybody intruding.”

Katan says no matter where she lived or whether or not her family had money, she always had a journal. “Writing, for me, in real life, has been an experiential first,” she says. “I don’t know why I picked writing. Maybe it’s because my family was really poor. However, I always had a pencil or pen and a piece of paper. I knew that I was seeing things that were interesting or funny to me, or absurd, and I knew that I had to record them,” she says. “Had I had other options, like if we had money and I had a video camera, maybe I would have gone that route. But I just grabbed what I had in front of me and used it.”

In addition to her love for observing and documenting, Katan is a natural extravert. In high school she became involved in drama classes and speech and debate. She gravitated toward comedy and says as a 16-year-old she even snuck into local comedy clubs and competed onstage, often winning prizes, like overnight hotel stays, candles, and nice bottles of wine. She would gift her speech and debate coach and drama teacher at school with these 21-and-over prizes.

“I wrote my own sets before I went and performed them,” she says. “How amazing, as a 16-year-old, I had all this courage, and I would go and compete in comedy contests with adult people!” she says, her eyes lighting up.

Katan is sure that somewhere her mother has an old, deteriorating VHS tape of her on stage performing comedy as a teen with big, bleach-blonde 1980s hair. “I was giving a talk at Uber and my friend from high school works there. She was also in speech and debate. I was like, Oh my god, Justine, you look exactly the same, and she was like, You don’t!”

Katan’s background in theater has allowed her to embrace permission, to try something even if there’s the risk she might fail. “I didn’t know anything about technology,” Katan explains. “But I did know, through theater, that we could try anything out.”

As a teen, Katan dreamed of a life in comedy. She says she was inspired by “Saturday Night Live” and especially Gilda Radner. “It was something really compelling. And it framed the way I walked through the world and approached different situations. I really thought ‘SNL’ was in my future.”

Katan also credits her quirky family for helping her embrace her outsider-ness and learn to make bold moves as an adult. But in school, it wasn’t always easy. She remembers wishing more than anything for the chance to fit in. She wished she had two parents who were together instead of divorced. She wished she had a mother who wasn’t foreign and didn’t talk with a funny accent. She wished for the right clothes and shoes; she recalls a school-bus bully calling her “four eyes” for wearing glasses.

“I wanted parents who had ordinary jobs, who packed snacks in my book bag and ate dinner around an actual tableat a certain time each night,” she writes. “It took me a long time to figure out that standing out was any kind of advantage,” Katan writes in the first chapter of Creative Trespassing. “I come from a long line of outsiders – people who didn’t, and would never, fit in.” 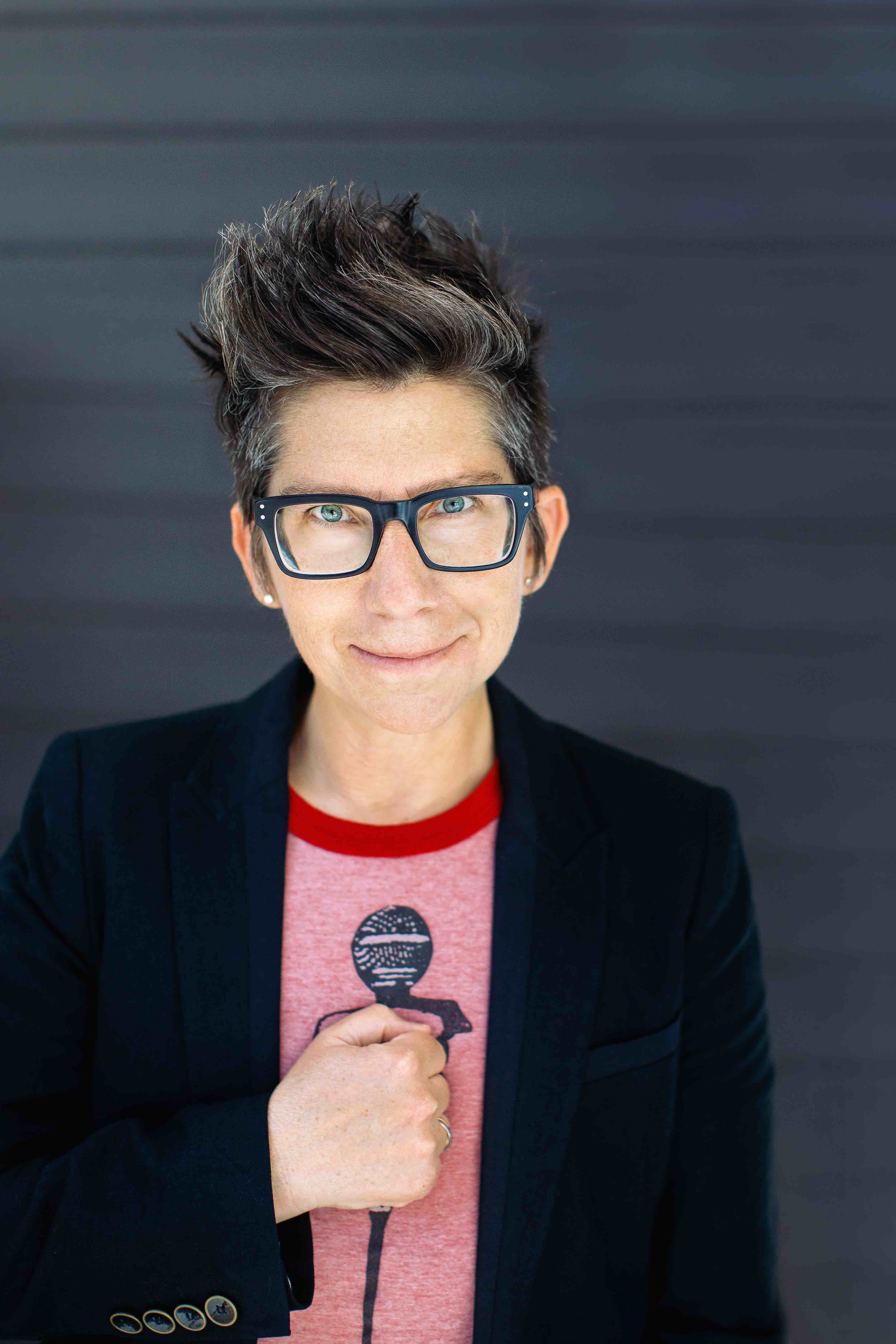 But as she performed in theater and grew into an adult in the “real world,” she realized that her outsider attributes and differences were really what made her special – able to stand out in any workplace setting and contribute valuable insights that drones and stuffed shirts simply could not. And she encourages others to break the cubicle mold, embrace their creativity, and find slyly effective ways to integrate that creativity into work life.

“We are in a moment where we can take permission, because no one’s giving it to us,” she says. “So just take it! Creative people – artists in particular – are trained to see limits as opportunities. And constraints as invitations,” she says. This kind of disruption can help support, encourage, and motivate employees who relate to their workplace when they feel connected. “It’s about collaboration. It’s about elevating the people around you, elevating what you are doing collectively.”

Tania Katan will perform at Scottsdale Performing Arts Center on February 22, in partnership with SMoCA and Changing Hands bookstore, to launch her new book, Creative Trespassing: A Totally Unauthorized Guide to Sneaking More Imagination Into Your Life and Work. She will also present at The Moth storytelling night at Mesa Center for the Arts on February 1.