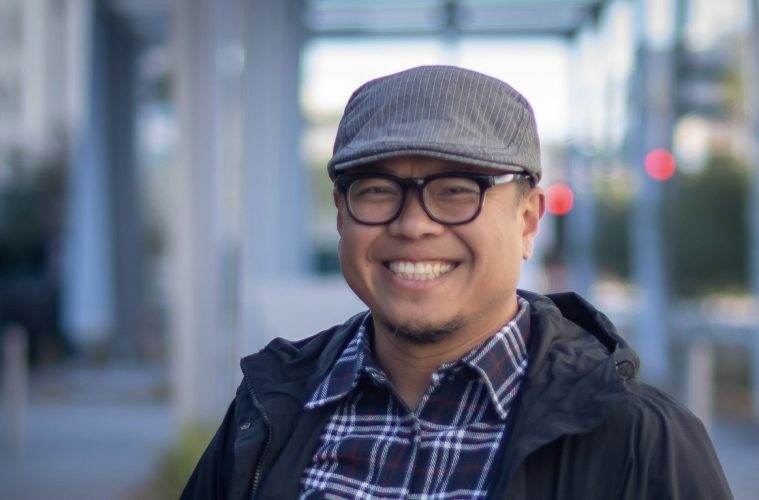 TONY CE: FOR THE LOVE OF LOCAL

The Launch of the LocalBuzz App

Tony Ce is no stranger to starting things.

A full year before opening, Ce was already hustling to promote the concept.

“I had these business cards that looked like stickers. I would go to festivals and say, ‘There’s a new dessert coming to town,’ and I would have pictures of it on my phone,” Ce says. “I probably approached a thousand people.”

Even when Snoh started popping up at food festivals, their booth’s largest banner would still have to explain: “It’s not ice cream. It’s not yogurt. It’s Snoh!”

Soon, Ce and Snoh were hard to miss, being all about collaboration and participation in numerous community events, from ice cream socials to pop-up dinners. And when Ce wasn’t managing Snoh’s Instagram, he would use his own to showcase “hidden gems” – slices of history, art, and culture he’d discovered around Phoenix, or local businesses well-deserving of a shoutout.

“There are so many micro-communities and cultural groups everywhere,” Ce says. “I just wanted to bring those to the forefront with social media.”

Ce wanted people to know more about the communities around them that are often hidden in plain sight.

Food, of course, served as an excellent introduction. When Ce created PHX Night Market – a celebration of Asian cuisine and culture – he found that people were hungry to learn about Asian culture beyond what was on their plates.

Similiarly, being a part of Phoenix’s underground arts and hip-hop scene, Ce saw how art could help transcend cultural barriers. Also, as someone who grew up with Friendster and AOL, he was aware of how social media could transcend physical distance. On the whole, bringing people together became the recurring theme for Ce’s activities, no matter what he did.

Sometime after the second PHX Night Market, Ce was reeling from the stress of managing Snoh and planning back-to-back major events. Although he was a social media food-scene aficionado, something felt off. Every Instagram feed seemed to be drowning in cheese, smothered with Fruity Pebbles or covered in Flamin’ Hot Cheetos – the more outlandish, the better.

The algorithm would change, then change again. Soon only the most social-media savvy had a chance on the timeline, and posts from friends and businesses he followed would get buried by content with more likes, no matter how irrelevant.

“I remember all these concepts and mashups,” Ce says. “Nowadays people want just want good, tasty food, with a story deeper than hype.”

While planning the first PHX Night Market, Ce met Adrian Gillette, who had moved back to Phoenix after living in San Francisco. Gillette had talked to him about a new concept – a platform meant to highlight local businesses and communities called LocalBuzz. And Ce was all about local. He became an advisor in 2017 and signed on as a co-founder a year later.

“Even then, we knew that social video was the way of the future,” Ce says.

He split his time between Snoh and LocalBuzz, and a majority of LocalBuzz work was just getting people to know it existed.

“There were a lot of challenges,” Ce says. “I remember the beginning, having to put content on the site myself. I went to events and it was no different than when I first started Snoh – passing out business cards, taking photos. It’s the same hustle.”

In the beginning, Ce admits that he didn’t quite get the beta site.

“But when you start looking past small things and find the true purpose of it, then you don’t care about that as much. And when I got to that level, things started gearing up for me.”

He was an entrepreneur, yes, but he was new to the tech startup world. Every seminar and every bit of research was totally different. Ce learned from Gillette, and Gillette learned from Ce.

Ce says that potential investors often wanted “big baller numbers,” so he and Gillette decided to do a grassroots approach to funding. They approached Phoenix’s small business owners and advocates who shared their vision. Thanks to them, the app was successfully funded.

A lot of locals took a chance on us because they believed in our ability to build community support,” Ce says.

And even for a beta site, there was already some success. People found places nearby they never knew existed. One small food vendor was discovered on the platform and later invited to participate in a large food event. At one point, Ce created a community team that shared his same love for Phoenix, and together they planned an event to launch the project publicly. But COVID-19 cut those plans short.

Ce was one of many small business owners affected by the stay-at-home order. When dine-in was no longer an option, people turned to the Internet to find places nearby that were open, doing takeout or delivery. That kind of information could change daily, and not even Google was sure at times. But there was still the LocalBuzz beta site.

“It was basically duct-taped together,” Ce says. “But it still did the job.”

Circumstances were uncertain, yet there was some levity. One community member had extra masks and used LocalBuzz as a way to get them to first responders. Another wanted to create awareness about donation drives and community gardens. And when families started to go back outside, they posted pandemic-safe activities like secluded hiking trails or parks to visit.

“The pandemic took us down a different path,” Ce says. “It was a blessing and a curse, but through it all, our main purpose has been to serve the community.”

Ce and Gillette designed LocalBuzz to be an open-source platform, meaning anyone can view content. As video apps became more complex, they wanted to bring it back to the basics. No uploading from a camera roll. No stressing over fancy features or a million filters or making it perfect. Just in-the-moment, raw, chronological community storytelling.

One of the biggest decisions they made for the platform was actually pretty simple: getting rid of “likes” (or the concept of likes as we know it). Instead, users show their appreciation by “thanking” a post, and the number of thanks a post has can only be seen by the creator.

“We want to appreciate people, their posts are valued content that uplifts,” Ce says. “People are sharing their businesses, their communities, and their art. These are things that mean something, and the value is worth more than the number of likes it gets, honestly. LocalBuzz will thank you for putting yourself out there and taking the time to share and inspire others.” Ce says it becomes a domino effect, with people more willing to create without performance anxiety or worry.

As you read this, the app will have just launched for the general public. With the app now operating, the list of shiny new features for future updates remains long. It’s a homegrown endeavor at heart, and Ce’s taking this journey one step at a time – but he’s not alone.

“I am just one man who can do only so much running around the city,” he says. “There are people with the same enthusiasm, drive, and love for Phoenix, so all those efforts can be concentrated and appreciated here.”

“We have so much here. It’s time to bring it to the forefront,” he says.