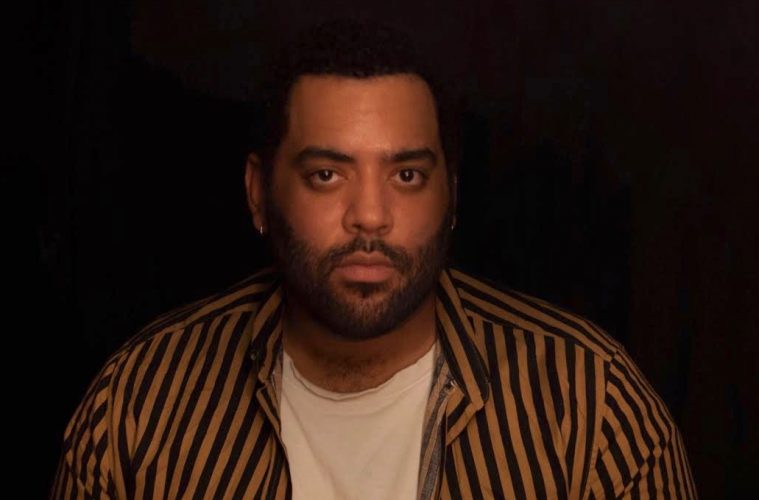 It was July fourth when I spoke with Alassane over video call. Both of us were – of course, given the pandemic – at home. We were happy to smile with a familiar face and talk for the first time in a long time. After we said our hellos and surmounted the odd sterility of video conferencing, we talked about current events, restricting our social media time, self-care, rest, and achieving a healthy diet, healthy mind, and healthy spirit.

Alassane spoke about a late-spring Encanto Park protest he attended and described the day’s unifying and powerful effects upon his being, then the confusion, anger, and despair that followed for months of what felt like a new slain name every day, after years of names. “We’ve got to do this first,” Alassane said plainly. “None of this is new to me at all.”

Earlier this year, the piano-based psych-rocker released Yield, a six-track offering that makes one ponder the fact that it is often within the spaces we are torn apart that we may ever truly grow. While Yield was released in January, Alassane forewent all subsequent promotion and touring due to the pandemic. “There was a lot of art that was released in those few months that was overlooked because of how superfluous and futile self-promotion seemed at the time,” he says. Luckily, Yield is still ripe for listening.

Enter track six, “Apostasy,” which Alassane describes as a renunciation of anything anti-black and anti-Africa. Being of Malian descent, the song comes from Alassane’s own journey growing up in America and the subsequent relearning of his cultural heritage and ancestral roots later on in life. Alassane says the song is an active turn toward his true heritage and away from any false narratives of culture that were forced upon him by miseducation and systemic racism. “I’m still on that path,” he says.

The songs on Yield were written well before 2020, but many of the messages hold true for the trying times of any era. The songs examine pain, struggle, adversity, and rising above in our own personal, fateful, and willful ways.

While Alassane was raised in North America, away from his Malian heritage, he holds on dearly to the traditions, stories, and ways passed down from his father and grandfather. With this side of himself continually becoming more intact, he combs through the pieces of his past and heritage and assembles his truest form of self. In doing so, Alassane deciphers which pieces are his own and those that are not his to carry. “While both narratives inform my identity, ultimately my identity is in my hands to realize,” he says.

“A true individual is going to be polarizing,” says Alassane, “There’s a risk in [discovering] who can resonate with you and who can’t.” He says this as he discusses a possible narrative for “Tusk,” the psychedelic dancehall number, track three on the album. Alassane describes it as being about a person going through the process of parsing out his individuality with the rest of the world and inevitably abandoning such worries. The narrative’s conclusion being, Alassane says, “You have no control over the external world. Why live a life for something that is not in your hands?”

Yield is an album best listened to whole, with headphones, and enjoyed as cinema. It is menacing, heartfelt, loved, wrecked, and hopeful. The album is Alassane’s sacrificial offering – a germinating seed, a battle cry, and a portal of metamorphosis. It is simultaneously the breaking point and the start of new growth. From this album one can expect psychedelia, truth, haunting passion, prophetic vision, and angst. Synthesizers, guitars, bass, and drums amalgamate from humble beginnings and climb toward a heavy precipice, erupting in arpeggiating dreamscapes like stars in the night sky.

The songs are spell-like, appropriate for ritual garment, and while Alassane admits that he mostly wrote the lyrics to fit the rhythmic and chordal qualities of the music over any poetic qualifiers, the end product appears to be channeled, pulled forth from the music by a voice that has pleaded with the void.

Yield is no simple word: a tree yields fruit, a farmer yields crops, a business venture yields profits. But also, one yields to the demands of others, to another’s power, to pressure, and so on. Perhaps at the very bottom of the etymology of this word is the fact that in life, when faced with change, adversity, and uncertainty, living beings will make the necessary movements toward, above all, self-preservation. This is achieved by either building prosperity or releasing power in the hope of survival through submission. We yield like river water – pushing forward, bending back, and, all the while, moving onward.

Yield is Alassane’s debut release. The album is the result of two-and-a-half years of recording while on breaks between tour runs with Grammy-nominated artist, Courtney Marie Andrews. It is worth noting that the group has played stages the likes of the Ryman Auditorium in Nashville, the Paramount Theatre in Seattle, NPR’s Tiny Desk Concert, and the Newport Folk Festival.

Alassane grapples with many issues in these six tracks, but a purveying theme seems to be the death of an old life and the birth of a new path. Here we have long nights with rolling clouds that will soon break in floods to be weathered and navigated, so as to carve out from the human a solid form suitable for strength, love, and humility.

“Many circumstances, or stages, throughout my life have been accompanied with an ultimate sense of displacement; having an orbital experience to everyone else’s primary shared experience,” says Alassane, “There’s inevitably a waking-up moment to this part of my truth, and so comes with it a loss of innocence, an intrinsic grieving. These themes have found their way into the songs and soundscapes. It’s a continually unfolding process that, I think, ultimately leads to a place of self-becoming.”