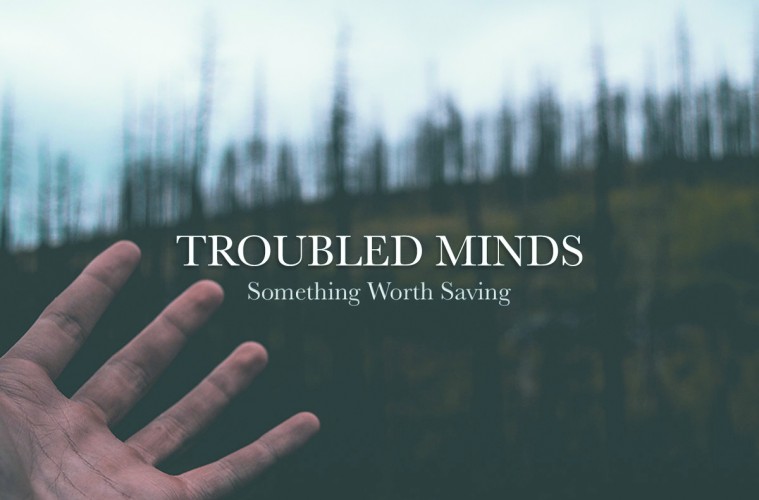 Troubled Minds | Something Worth Saving EP

There seems to be a resurgence of emo pop punk in Phoenix, spearheaded by groups like Sundressed, Merit, The Breaking Pattern and most recently Troubled Minds. They’ve just dropped their debut EP, called Something Worth Saving, and it’s a high-energy guitar-fuelled collection of seven songs.

Their song structure is much more complex than verse-chorus-verse and borders on math-rock arrangements. With the opener of “Silk Flowers,” you may think you are in for some screamo metal from the start, but it quickly changes gears to one of the catchiest numbers here. The first 30 seconds are just making sure you are awake and ready to listen. “Chronophobia” is less surprising, as it reflects on growing older and watching the time slip through the hourglass. Then there is the perfect power pop of “Vanishing Act,” which would be great for radio airplay. It’s a three-minute track about trying to bring a friend back from rock bottom; it’s inspiring and catchy as hell.

“Punch” is just straight-up punk at breakneck speed, about the loss of a relationship and the mixed emotions surrounding it. This is followed by the hauntingly stark beginning of “Inhale/Exhale,” which inevitably explodes with guitars and horns. “Arsonist” uses that idea as an allegory for all of us who are constantly on the verge of metaphorically burning down the house. The finale, “Pride,” is a well-crafted pop punk number that seals the deal on this EP being a quality listen from beginning to end.