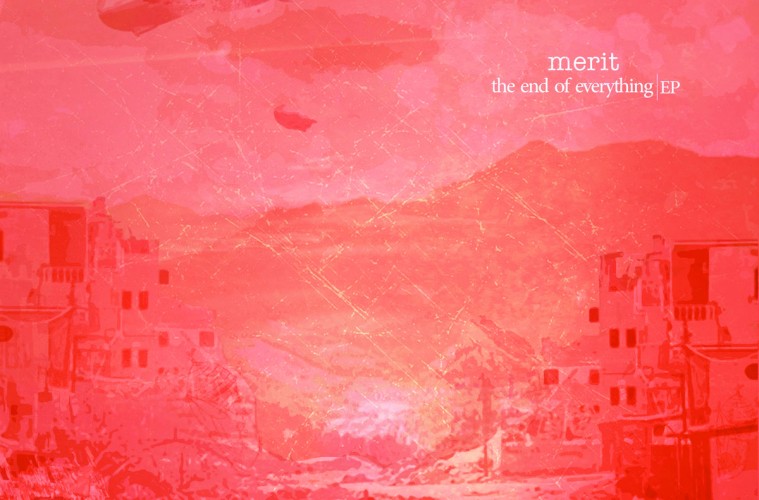 Merit | The End of Everything EP

Throughout 2015, Merit has released a series of EPs about the cycles of life. Beginning with March’s The Sun Will Rise, continuing with July’s The Comfort and Confusion and now concluding with The End of Everything, released in December. The series comes together to form a thought-provoking album. The End of Everything is the final installment, filled with the self-described “Arizona bummer jams” the band has become known for. It’s also their most mature work to date.

Their songs are filled with self-reflection and chock-full of emo-rock temperament.

There is an apt sense of weariness to these four songs, filled with self-reflection and chock-full of emo-rock temperament. “All These Haunting Things Part 1” is almost uplifting in a “do not go gentle into that good night” sort of way, while “I Want to Believe” just jams hard, as one of the EP’s most raging tracks, yet still centers around the cycle of life. It’s a clear and easy single for sure. “You Can’t Even Crow” is another single-worthy track, with its powerhouse guitar and ascending chords, and has some of the most intense lyrical imagery, like “I saw evil tonight, she has your dark and pretty eyes.”

The EP and the cycle of releases ends with the epic-length “I’m Never Leaving.” It is enormous in both breadth and depth—a magnificent finale for a fascinating series—while being one of their best musical compositions. For a band intent on bumming the life out of you, the end of The End of Everything feels like a pretty great way to go out.