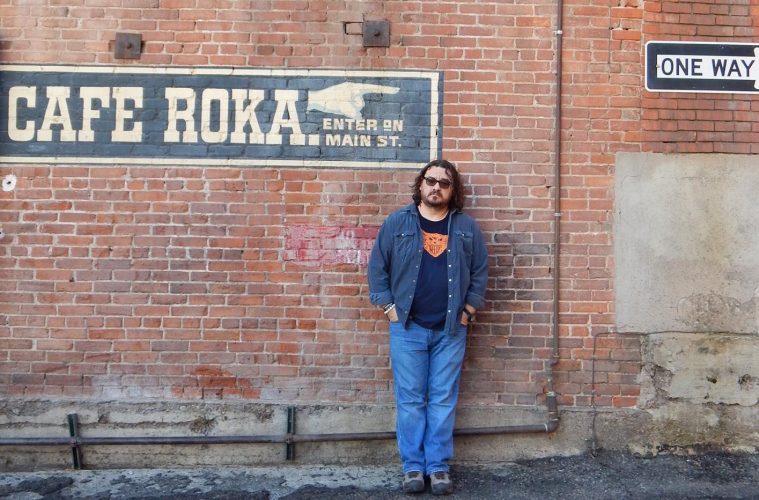 Doug Preston: “Up Until Now” 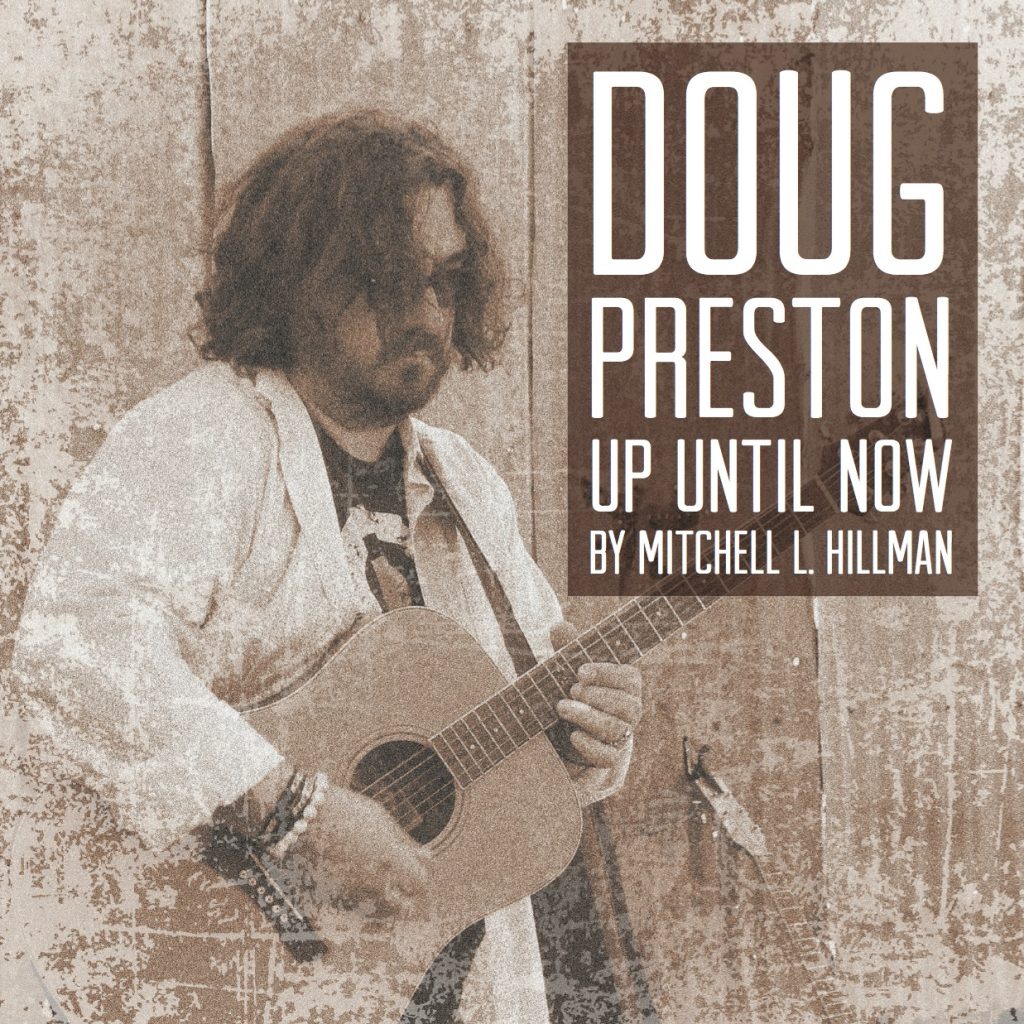 Doug Preston has been a mysterious side player and session man for many bands that I’ve followed around town for the last decade. Whether it was Mister Lucky, Ruca or Scattered Melodies, his guitar sound has always caught my ear and raised me out of whatever I was drinking to take notice. I can remember this happening while listening to records, but especially on stage.

Last year Preston decided to step away from the sidelines and get into the studio to record his own vision. I’d originally intended to give it a small writeup for the December issue, but by the third listen, I wanted to do more with it.

The album might strike you as the work of a veteran from the 1990s Arizona scene, which is ironic since Preston was slinging his guitar in El Paso at that time. Granted, he’s been playing around Phoenix in one way or another since the early 2000s, and his sound has that indie-rock-meets-desert-Americana vibe that lets you know it is decidedly from the Southwest.

On his full-length solo debut, Preston presents a collection of songs that make you feel right at home with a desert state of mind and gathers quite a few of this town’s talents to bring it to life. I’d always hoped for more from Mister Lucky, but instead I got a whole lot more from Doug Preston, finally spreading his wings on Up Until Now.

The first thing I noticed when I got my hands on this record is that some of these songs sounded familiar, but that’s due to catching more than a few Mister Lucky shows in my time. Some of Preston’s material here hails back even further, to his days with The Low Men, as well as Raul and the Reptiles.

Knowing all that, one thing becomes clear – Preston has had this impressive artistic vision from the start, and is now owning up to his talent and no longer hiding within a band. That said, he is joined on the record by drummer Phil Popovich (Mister Lucky) and bassist Ricky Powell (El West, Mister Lucky, Prague), while he handles nearly everything else here, along with a few surprise guests. 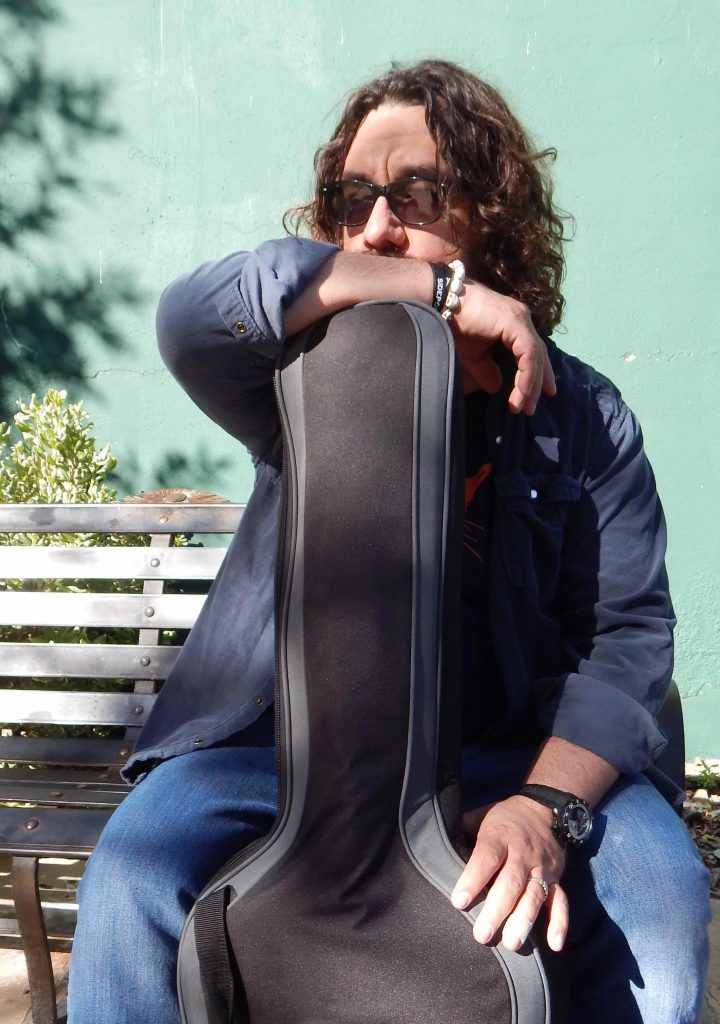 Up Until Now kicks off with the appropriately titled “Hello” and a clever voicemail message. Then it immediately launches into one of the best driving songs I’ve heard in a while, although it’s not about driving. It’s about awkwardly contacting a lost friend, relation or loved one. But it’s the kind of tune you play to hit the highway while you’re thinking about that friend who, after all the years and the bridges burned, you’re still concerned about. It’s got a stunning synth line that drives me wild, which is unexpected to say the least.

“There’s No Hiding” kicks off with a fantastic bass line that gets stuck in my head for days and stays there even when the shimmering guitar comes in. You’re not expecting it to explode a minute in, but it does, and the rock ’n’ roll rains from the heavens. It’s a single-worthy track that leaves any hint of Americana in the dust, while it rocks furiously and propels you from the opener toward the first single that’s seen release.

“Now and Then” features Preston joined on vocals by local legend Shawn Johnson. It’s not difficult to figure out why this was the single. It’s the perfect synthesis of Preston’s songwriting vision. Every element that makes his music pop can be found here at one moment or another, and there’s never a second that isn’t exceeding expectations. It’s got an early Eagles/Flying Burrito Brothers/Poco vibe to it that will excite the fibers of your soul, and Johnson’s vocals are the icing on the cake.

I fell in love with a song called “Letters From Maria” about a year or so ago. I remember because I’m not usually one for slow, sentimental numbers, but Preston’s vocal blows my mind on this one. It’s not that his performance is unreal, and he doesn’t play his hand too heavy. With so much subtlety and emotional inflection, he could break your heart at any moment. “I’ve got all your letters, I know them by heart,” Preston sings. “Faded and creased, falling apart. Those words are all that’s left to show you were here, so I’ll keep them close, my dear.” Devastatingly beautiful, without getting you down. The song also happens to feature an appearance by Bill Hamilton (Mr. Eastwood/Two Tone Lizard Kings).

My Spot on the Wall” is one of my favorite tunes based solely on its composition, as it traverses mellow passages and an ascending locomotive guitar groove. More of a musical experience than a mere song, it all bends on the lyrical refrain that ends the tune on a heartfelt note: “I forgot about the way that you move … that you move me.”

The near seven-minute centerpiece of the album is “Miles to Go,” and it’s as dusty desert roots rock as you can get. It’s also a sprawling Americana number that features Shawn Johnson once more. In the end, there is nothing but uncertainty to be found here. But as a document of Preston starting a new career chapter, it’s relatable for anyone: “All I know is there’s miles to go.”

“All in the Cards” is a slow-burning rocker that brandishes a slightly different sound, and that’s because of Andy Borunda (Carol Pacey & the Honey Shakers) slaying the guitar. If I was a betting man, I’d say it’s about struggling with depression, because the lyrics paint an intimate portrait of that vividly: “I came downtown to escape the suburban sprawl. You get so down sometimes. I don’t want to crawl. But now I feel these things are real. You know I might lose it all.” This song feels like how I feel when times are low, but dammit if Preston doesn’t make you feel better about that somehow. 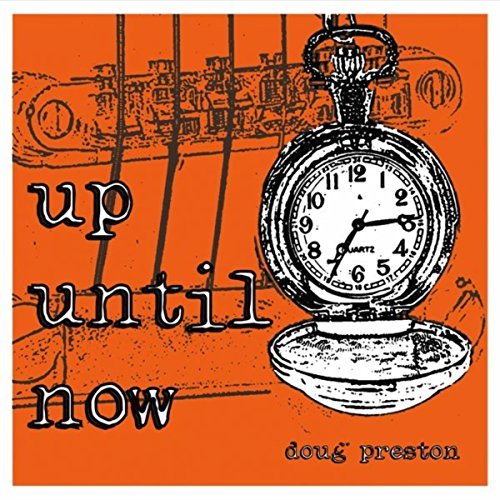 The pounding drums that start “Waste of Time” with the reverberations of a guitar make for one of the more stunning intros on the album. The song is another straightforward number, but with a pretty substantial pop backbone. It’s got groove, it’s got a hook, and it’s alternately a ballad and a monster rocker. It’s also possibly Preston’s best overall singing on an album, filled with impressive vocal maneuvers.

“The Knife” is the finale to this 40-minute odyssey through the talent of Doug Preston. This is the tune that hails from his days with Raul and the Reptiles. It also features either an accordion or some clever programming designed to sound as such. It’s an “easy on the soul” kind of ending, a soft sendoff into the Arizona sunset. Within it is found some impressive wisdom. “There’s one more thing that I must say. You have to view each sunrise as if this is your last day. There’s so much left to do and there’s so little time. Keep this feeling with you and share it when it’s time.” The accompanying arrangement puts the perfect ending on an album that I find brilliant.

Upon a month or so of reflection, I hope that Up Until Now is the first step toward an impressive solo career for Doug Preston. The album sticks with you; the riffs, lyrics, imagery and emotional content will remain in your mind if you spend the proper time with it. And in the end, that will do you some good.