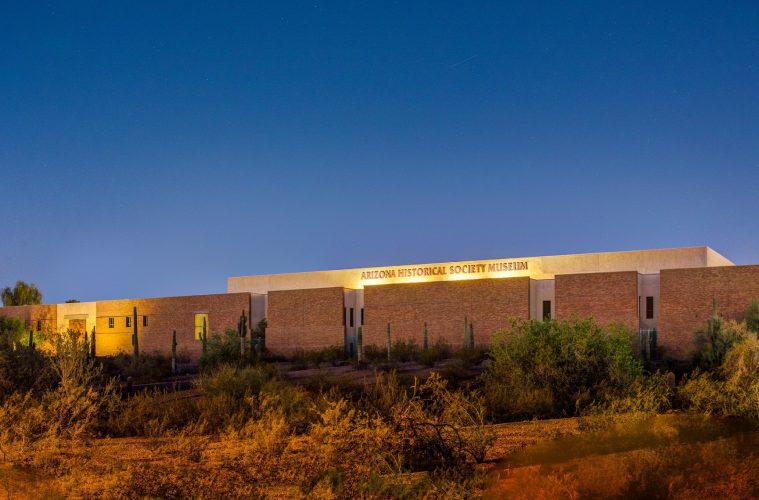 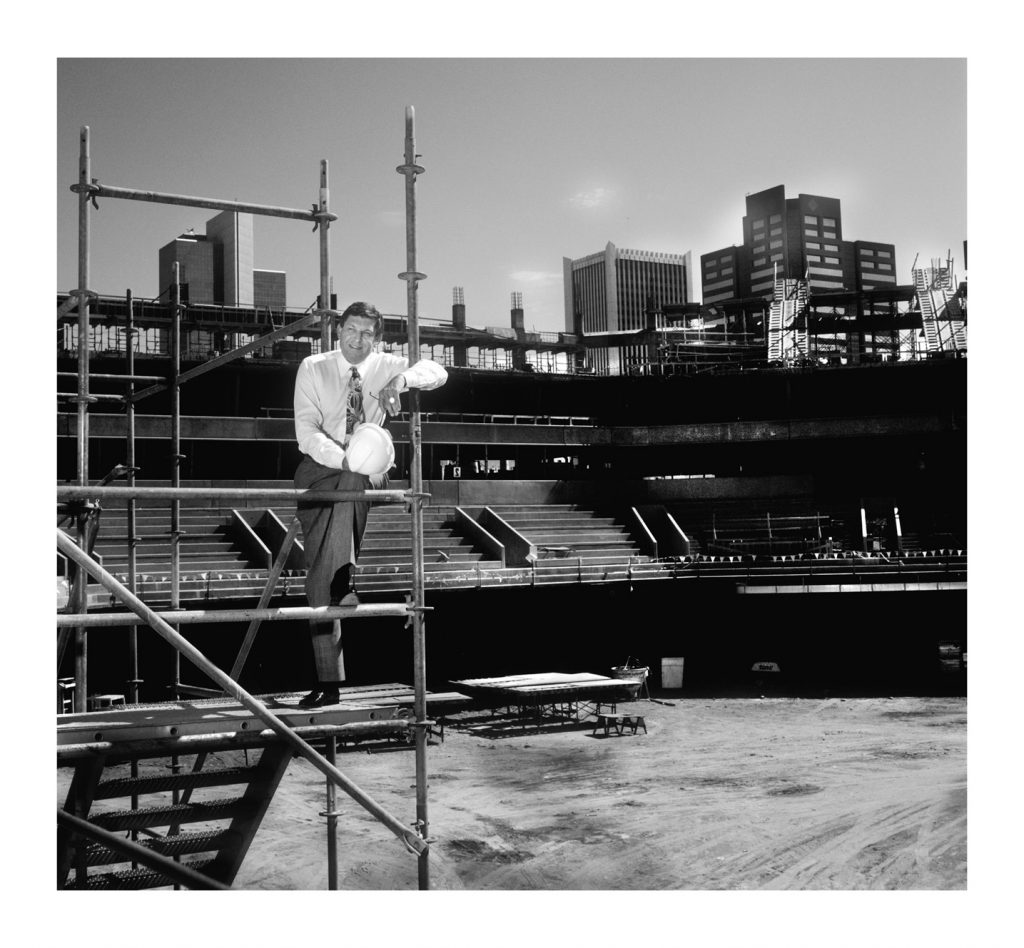 Tucked into the hills of Tempe, is a cultural and historical asset that, surprisingly, not many locals know about. That space formerly called Arizona Historical Society Museum has recently rebranded as the AZ Heritage Center at Papago Park, and it offers to visitors about 30,000 square feet of galleries, historical and interpretative exhibits and gathering spaces all created with the intention of bringing Valley residents together to learn about and celebrate Arizona history.

The AZ Heritage Center is a local chapter of the Arizona Historical Society, which also operates museum and community spaces in Flagstaff, Tucson and Yuma. Themes of the exhibits range from local natural history to Arizona government and state history, from the territorial days to the present.

Central Division Director Tawn Downs has been serving at AZ Heritage Center in her role for about a year and a quarter. She says that the rebrand happened about a year ago, with the intention of letting the community know that the space is there for so much more than storytelling about the past. “Our mission is to be more than [just a museum],” Director Downs says. “It is to perform a public service, so that’s what we do here!”

The gigantic space is available as a facility for rentals, plus it hosts annual historical league meetings, and they provide tours of the galleries, interpretive stations and have a comprehensive library of Arizona History. According to Downs, the public has a perception that the space is old timey, full of dusty artifacts stuck in glass cases. She wants to change that. 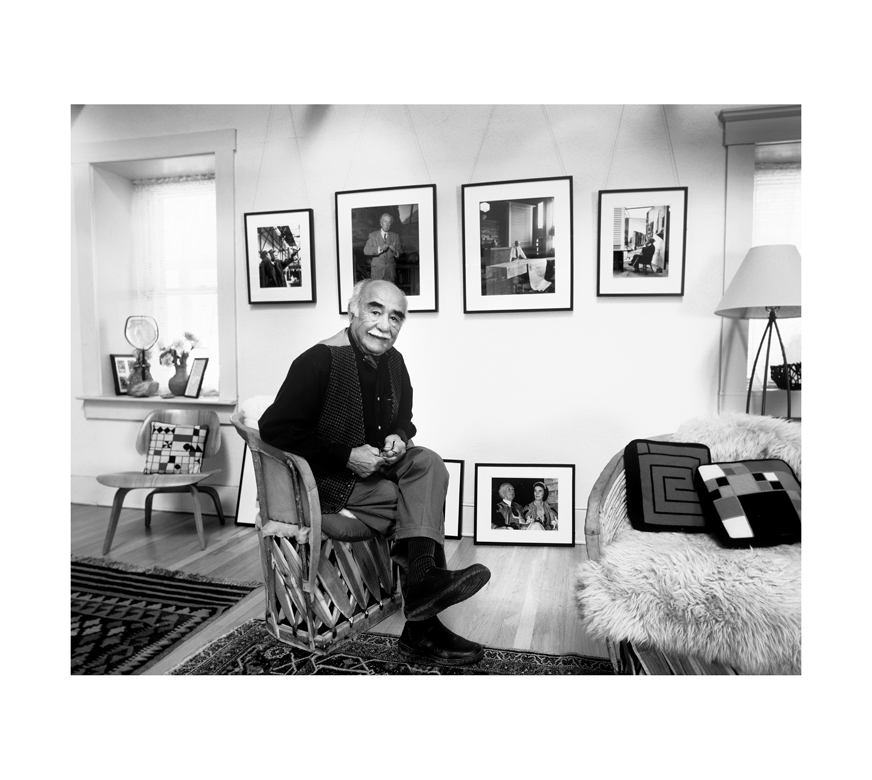 This year, the center launched all kinds of new programming—everything from education programs and fieldtrip tours, to creating learning packages that they can deliver to schools. Downs notes that most local elementary schools put a focus on natural history in fourth grade and then require a semester, or a year, of Arizona history by sixth-grade graduation. The center helps meet these curriculum demands by packaging information and lesson plans, drawing from its own wealth of materials and research.

The center has also recently hosted storytelling events and supports non-profits who need a place to hold symposiums, conferences and meetings by offering them low cost conference spaces. Downs says that they recently hosted a Women in History symposium and a symposium with a focus on African-American youth.

Despite all of the space and the wonderful cultural features the center has to offer, getting people to there has been a challenge Downs says, because the location is a little off the beaten path. “Our hope is to one day become a destination, like the Desert Botanical Garden,” she says.

One upcoming special exhibit that bridges AZ history with today is At Work in Arizona, which features a variety of historical photos of laborers, entrepreneurs and small business owners, including many well-known local personalities from the past to the present. This photography show runs from Oct. 27 through February 2017.

Local photographer and curator Marilyn Szabo did most of the image selection for the show. She explains that with the support of Alliance Bank, she and the center’s staff selected 50 images from around the state, borrowing heavily from the photography collections at various Alliance branch locations.

The show is presented in two galleries that are not especially large. “It is underused, but it’s the perfect place,” Szabo says. This show features a historical photo of Isabella Greenway, one of the first women elected to Congress in the U.S. She owned the Arizona Inn in Tucson, which is still operating. After World War II, she hired veterans to make furniture. Greenway also had the Quarter Circle XX ranch in Williams and once hosted President Franklin Delano Roosevelt and Eleanor Roosevelt, who came through by train in the 1930s. A photograph captures their visit. 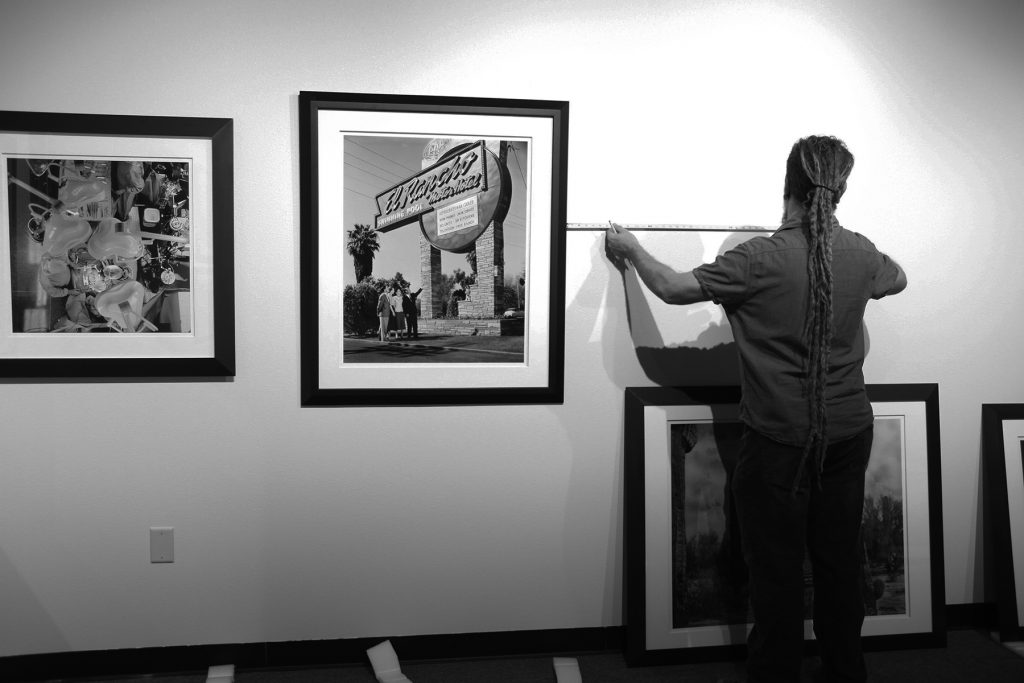 Szabo recently co-authored a book also called At Work in Arizona that features images from the Alliance Bank photography collection. About 10 photos in the exhibition are by Szabo herself. Some of her work features iconic local residents, including Craig DeMarco, co-founder of Upward Projects (the operator of Postino, Federal Pizza, Windsor and Joyride Taco House). Another Sazbo image features former Phoenix Suns owner Jerry Colangelo during the construction of Chase Field (formerly Bank One Ballpark). She also captured the well-known barber Joe Davis in his longstanding barbershop in Mesa.

Most of the photos are quite large, but one moveable wall is dedicated to portraits. “These photos are big because they normally hang on the walls of offices,” Szabo says. They ended up picking 15 portraits, reprinted them smaller and framed them in white. Due to space limitations, they hung the show salon style. Szabo hopes that after the show has its run in Phoenix, it might travel to the historical society’s other spaces in Flagstaff and Tucson, perhaps.

Recently, “hipstorian” Marshall Shore gave a talk at the center about iconic neon signs from around the Valley and ended giving a behind-the-scenes tour of some of the vintage neon pieces that the AZ Heritage Center has onsite. Other exciting upcoming events include and AZ Storytellers event on November 3 hosted and curated by local journalist Megan Finnerty. Separate tickets are available for $10 (tickets.azcentral.com). The theme will be craft brewing and craft cocktails.

The AZ Heritage Center is open Tuesdays through Saturdays 10 a.m. to 4 p.m.
The library and archives are open Mondays through Thursdays from 10 a.m. to 6 p.m. and Fridays 9 a.m. to 4 p.m.
Admission is $10 for adults, students $8 and children $6. For more information visit arizonahistoricalsociety.org.