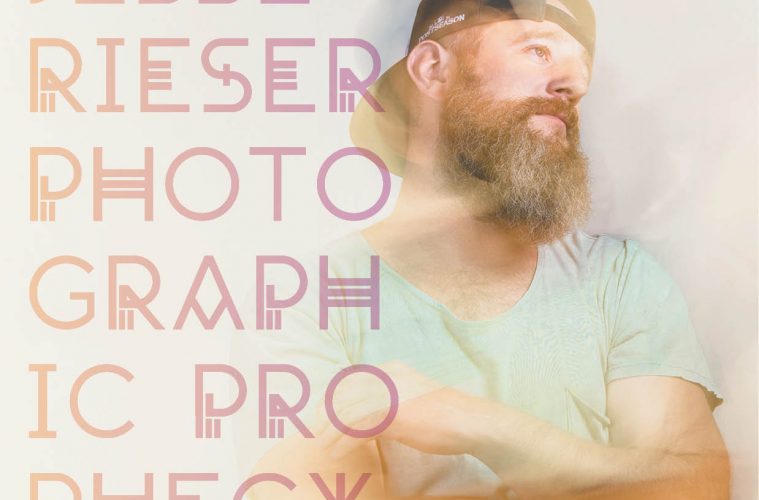 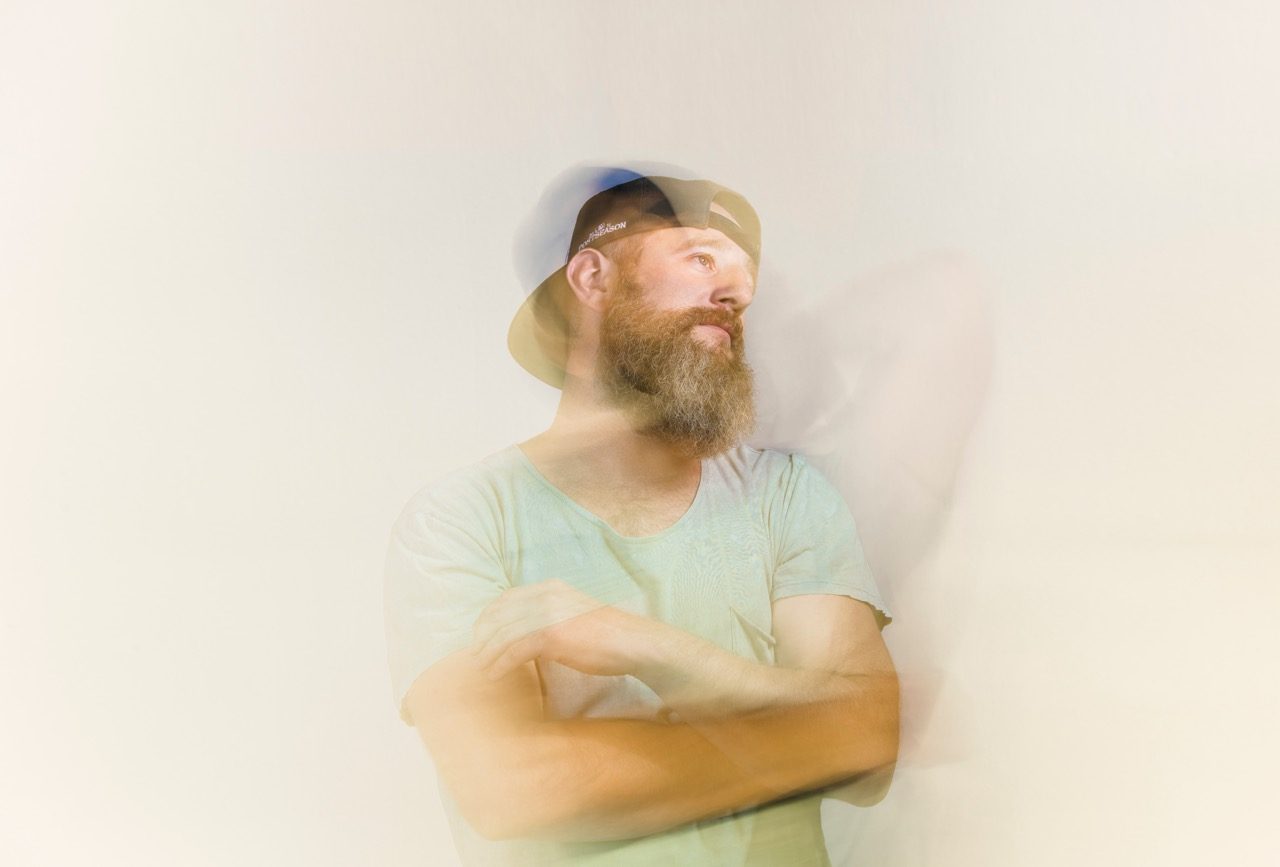 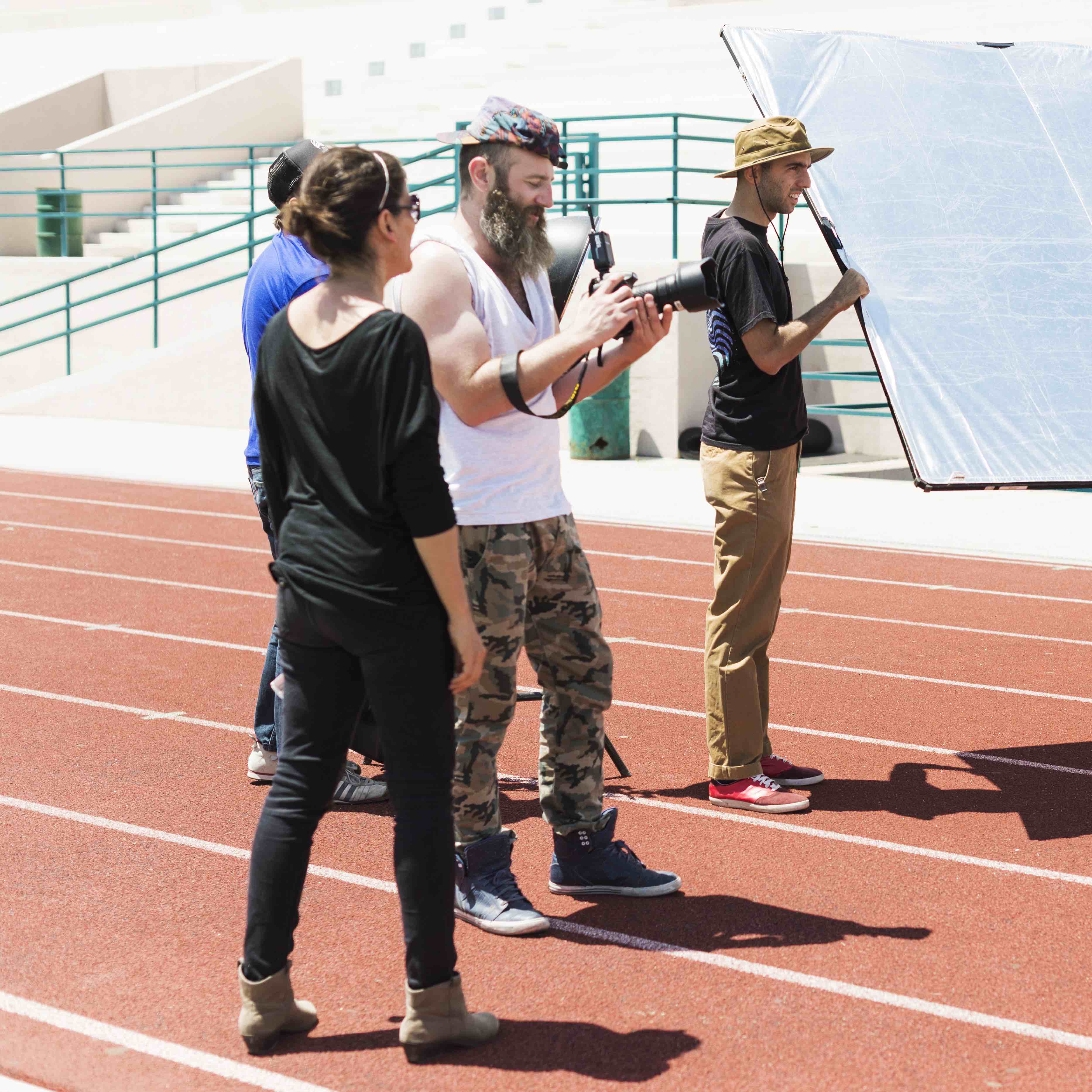 Jesse Rieser sits me in front of his wide-screen Mac computer with dual, ultra-high definition speakers and says, “Pick a song.” I request Frank Ocean’s “Nights.” I’m immediately awash in subtleties. Every nuance is amplified by the speakers, which cocoon me in a sound that’s new and nostalgic at the same time.

As a photographer, Rieser’s main impetus is to expose people to subtleties. And as I sit there exploring Frank Ocean’s latest hit, I am immersed in the sonic blueprint of Rieser’s undergirding philosophy.

“Back when I was teaching, one thing that I would tell my students is that photography is a field where you can do well by being technical and implementing other people’s ideas,” said Rieser. “The digital age has broken down those walls. Now your currency has become your point of view. It has become your vision and the way you see the world, which is yours and yours alone.”

Rieser feels especially drawn to the residuals beneath the surface. “I hate the obvious,” he said. “To me the obvious and the explained have a shorter shelf life. It’s as easily consumed as it is exposed.” This idea flows throughout his work and even his appearance. He has a beard that goes down to his chest and deep-set eyes. He’s the observer, shrouded in mystery and deflecting attention. Like most photographers, he is most interested in staying in the background. 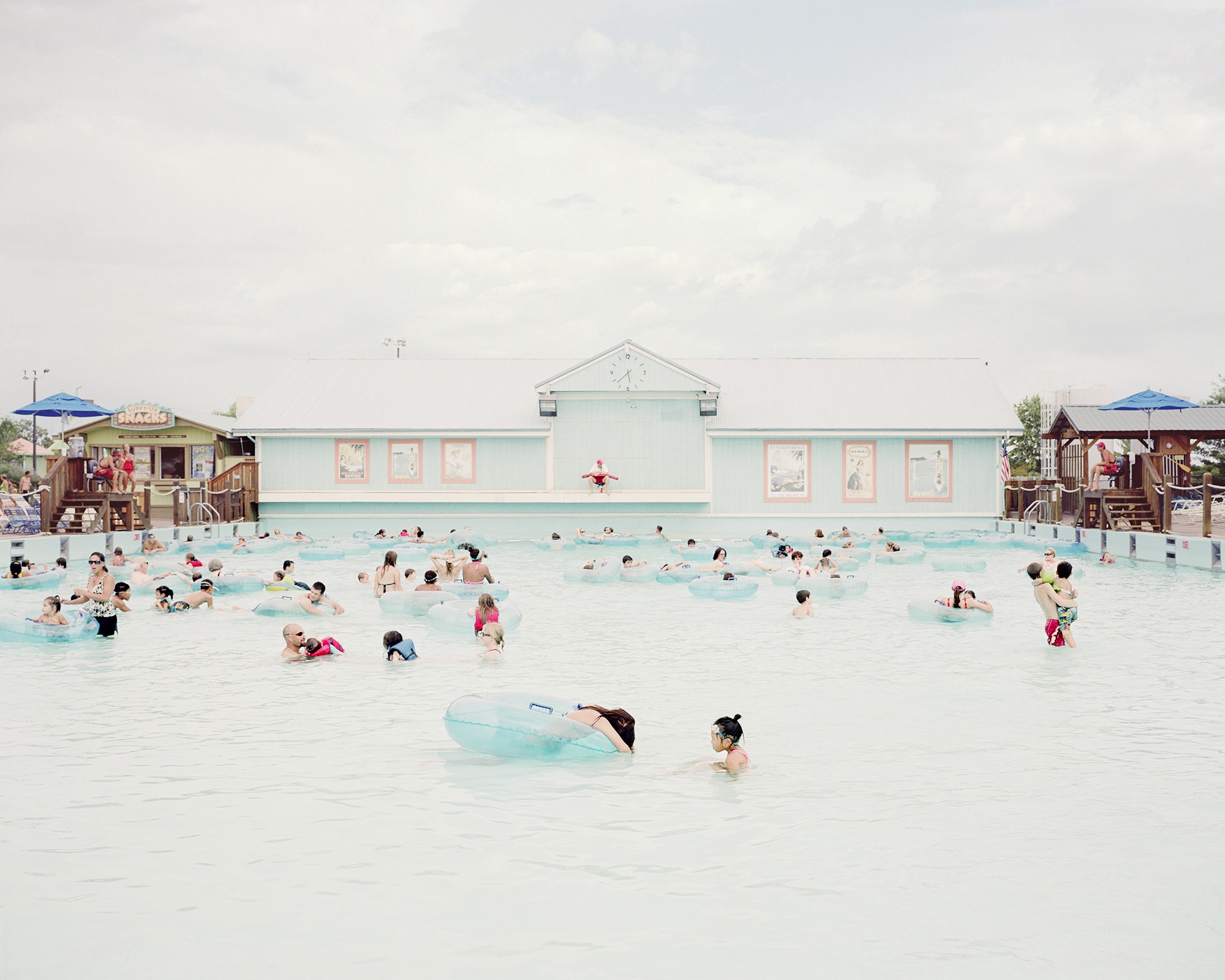 Rieser was raised in Springfield, Missouri, a place he describes as both kind and bigoted. His family was an island of progressivism in a sea of religious fervor. Both of his parents and his siblings are artists. He grew up equal parts jock and artist—a confounding binary of sorts. Rieser originally focused on drawing and painting, until his junior year of high school when he signed up for a photography class and fell in love with the darkroom. “There’s a mysticism or magic that happens when you first develop a print in a darkroom,” said Rieser.

He had received scholarship offers for football but decided to stop playing his senior year. With football off the table, Rieser wasn’t sure what he wanted to do following graduation. His dad suggested that he look into a photography program because he seemed to enjoy it so much. Rieser wanted to go to a big school, so he literally flipped a coin between Kansas University and Arizona State University. The coin fell in favor of ASU, and so he packed up his things and moved out to the desert. 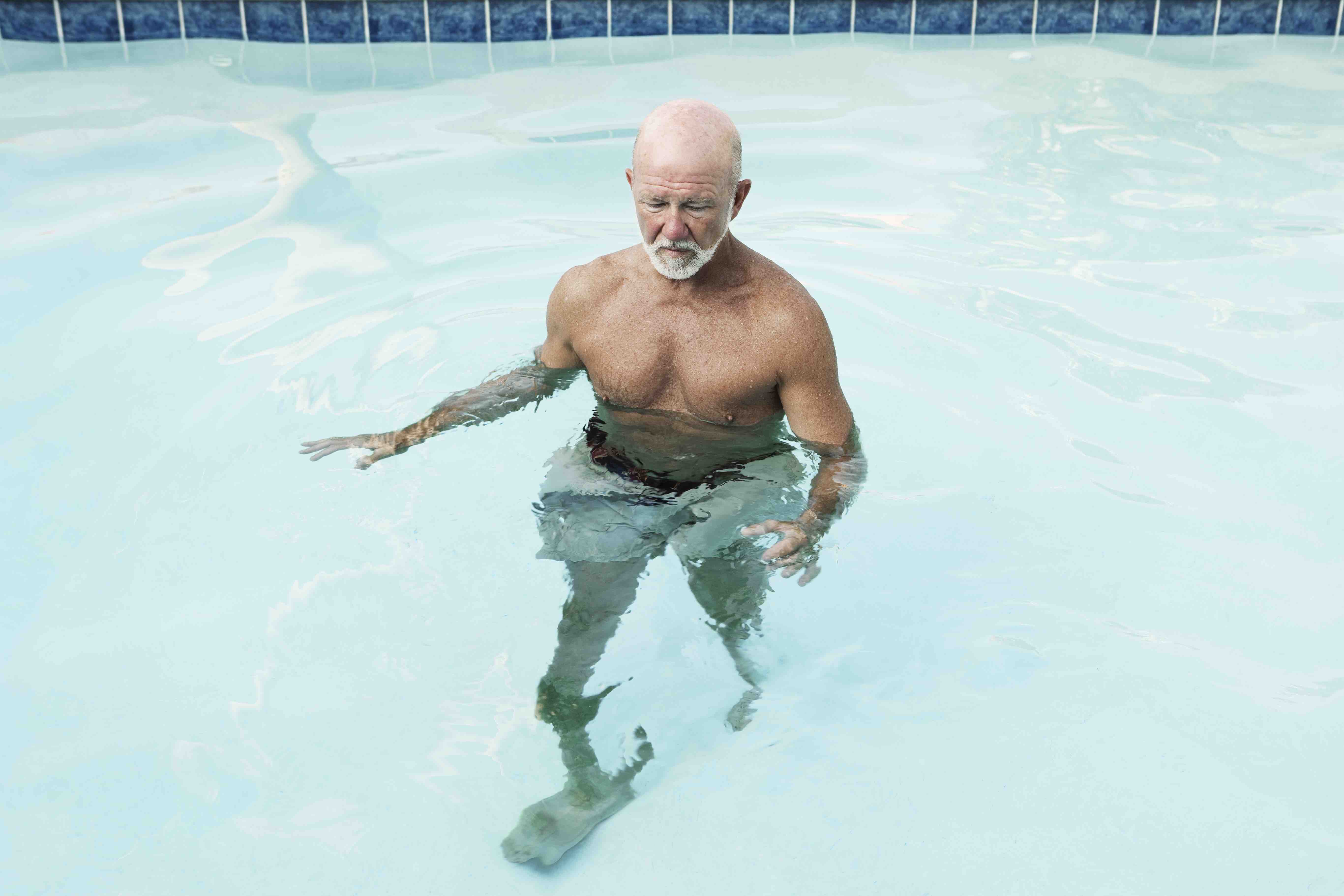 At ASU, a lot of his education focused on the philosophy and the art of photography. It wasn’t until Rieser studied abroad with the American Intercontinental University of London that he learned more of the technical and professional dimensions of photography by working in the fashion world. He got to work with models and designers while learning the industry vernacular. After studying abroad, Rieser wrapped up his senior year. While looking through a local Phoenix magazine, he was struck by the work of photographer Brandon Sullivan. Rieser reached out to Sullivan and they began a working relationship. Through his connection with Sullivan, Rieser met photographer Dave Siegel, who hired him on as an assistant at first, then a full-time photographer.

After working with Siegel for a while, Rieser received a business loan and moved into his own studio. He began working on advertising campaigns around town. “You go from making no money to doing well. I was learning on the fly,” Rieser said. Because of his work ethic, Rieser was able to sign with an agent in New York. He moved to Los Angeles around 2007 and was immersed in commercial work. But the industry in LA was inundated with photographers, which drove prices down and made it hard to live there.

At the same time, Rieser suffered from a serious creative block. He felt he had reached a point where his work was just a reflection of other people’s ideas. In many ways, he had become a great technician, but the artistry seemed to elude him. 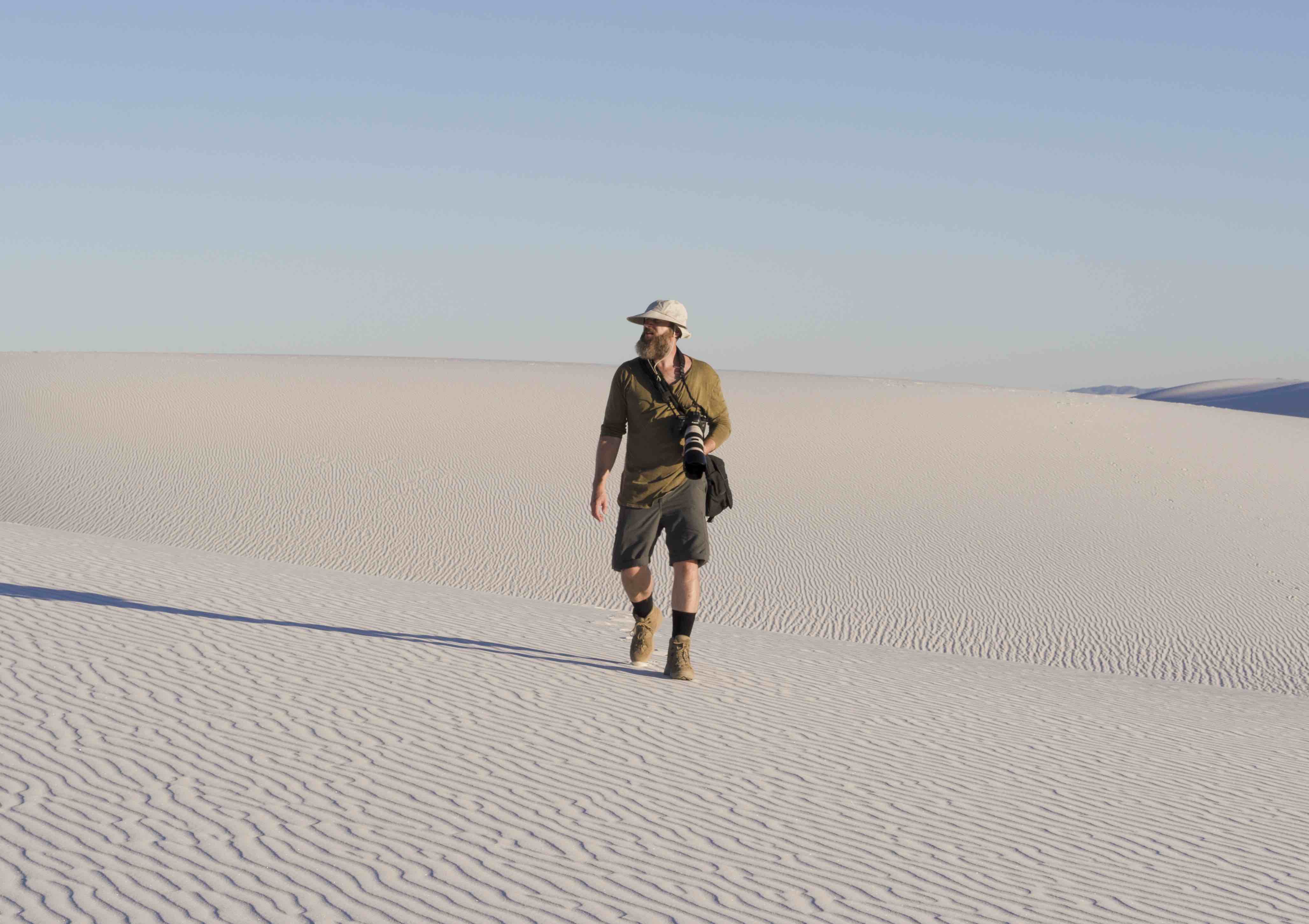 In response to this block, Rieser decided to strip everything down. He went minimal. No models. No crew. No stylists. Just him and his camera. He focused on listening and observing and trying to do more personal work. The two projects that emerged from this period were “The Class of 99 Turns 30” and “Starting Over.”

The former documents his graduating class’ promised hope and juxtaposes this against the reality of unemployment and a housing crash. The series received American Photography Annual 26’s “Best Personal Work Series” award. “Starting Over” chronicles his parents pending move to Arizona from the house they lived in for 23 years.

“That project started almost in a context of me being selfish. I wanted to photograph the house I grew up in for my own reasons,” said Rieser. “Quickly thereafter, I realized it was much more about them and their loss.” Rieser learned a lot about his parents in the process. He saw them in vulnerable positions and experienced the transition from a parent-child relationship to a relationship of peers. Both of these projects mined the narrative in search of the deeper, less obvious truths. Both projects were studies in nostalgia and memory.

“I feel estranged from my youth like everyone does,” said Rieser. “My idea of home doesn’t exist anymore. That idea has moved on. As much as you want to hold onto those notions, concepts and ideas—it’s just not there anymore.”

In one gripping photo, Rieser’s father stands waist deep in a pool looking down into the water. His hands seem to be searching for something, in a sort of limbo right below the water. It’s a simple image that carries a lot of weight. This nostalgia and sense of memory moves a lot of Rieser’s photographs forward and backward. Photography is one of those art forms that both captures a moment at the same time speaks to a variety of moments and movements. 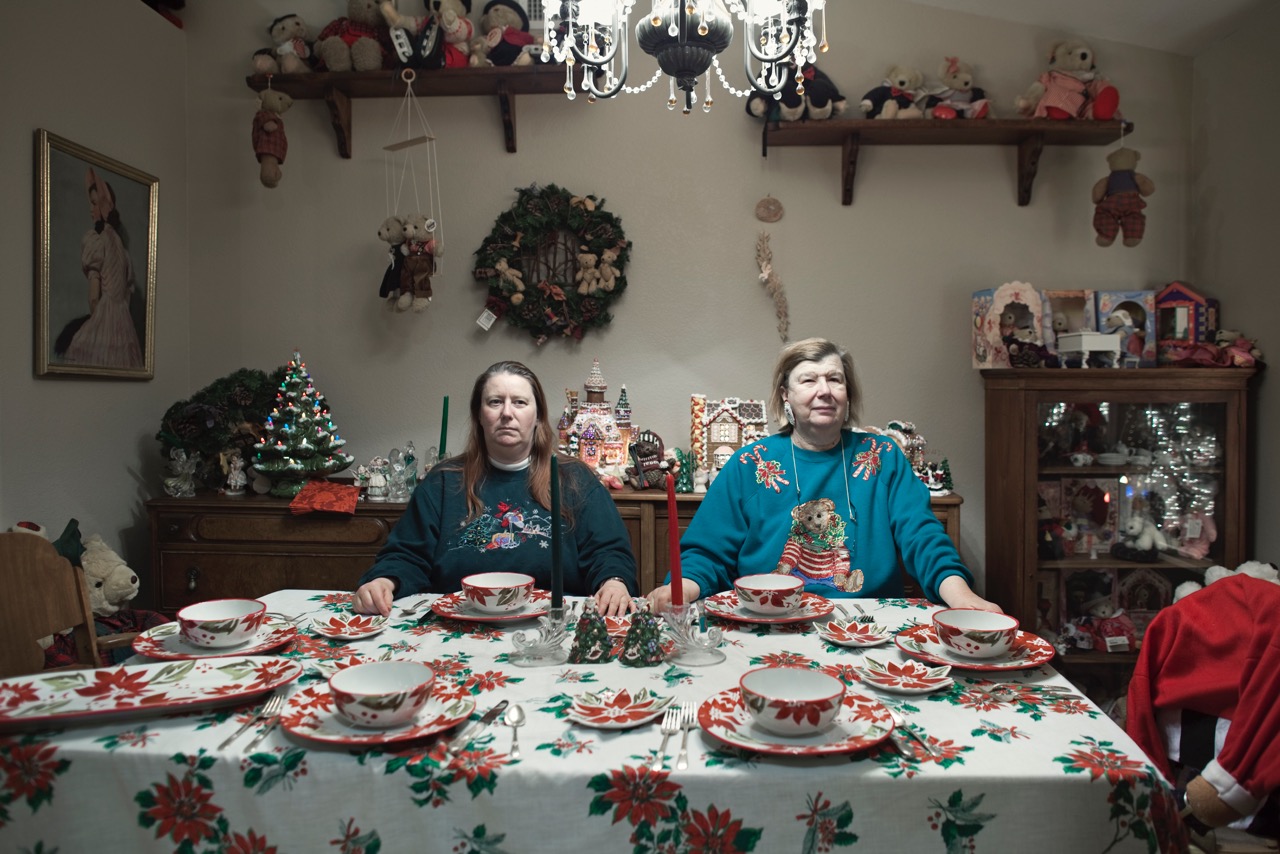 The Motion of Nostalgia

“I am very fascinated with memory, growing up and nostalgia—perspective and perception versus reality and truth. Where I grew up, it’s this strange space that’s familiar and foreign at the same time. Like a dream,” said Rieser. This very curiosity informed one of his most formative projects: “Christmas in America.” There’s a real dimension of holding onto a dream or nostalgia that’s captured in the Christmas tradition in America. Rieser’s project highlights this and the absurdity of it all.

He was inspired to do this project after passing a four-story Santa Claus in Phoenix. After that, he traveled to various parts of the United States to get a perspective on Christmas in America. Rieser was moved by the contradictions of Christmas—the extravagance and the sincerity. “I was curious to see what motivates these people to carry on that celebratory disposition,” said Rieser. “To be honest, I think a lot of it is something they can hold onto in order to connect. It’s this nostalgia— this magical time of year [that] makes people happy. They, in a sense, are using that as a mechanism to prolong that nostalgia of a happy time for them.”

Again, the recurrent theme of nostalgia emerges. In some ways, Rieser is an anthropologist—keeping the language of nostalgia alive through his camera lens. Curiosity is one of the main motives that drives his shooting. He compares photography to comedy in the sense that you have to take everyday situations and see the absurdity in them. There’s a real magic in making the everyday sparkle with dimension and humor.

Rieser has enjoyed his fair share of success as a photographer. He has worked with ESPN and MSNBC. He’s been featured on NPR and in the New York Times. He recently signed with the Sunday Afternoon agency to work with other innovative artists who are furthering their craft. Despite his success, Rieser carries himself like someone who is still trying to make it. While we listen to music in his studio, he pours me a couple drinks. He shares his portfolio. Mostly, though, he shares about himself. I get a sneak peek into the life of someone who watches others for a living.

Rieser is a true asset here, not just because of his success, but because of how he gives back. He mentors several photographers in Phoenix and lives within the city, seeking inspiration. Phoenix—as well as the desert specifically—really speaks to Rieser. He feels it embodies the aesthetic he’s seeking. “I think there’s a strangeness to the West… It’s harsh and unforgiving. It’s almost like the sun is metallic,” said Rieser. And in the eyes of a photographer, everything is illuminated by this magic of perspective: the sun becomes a gold medal in the stratosphere, the moon an iridescent force, the photo as medium and a message, the past as prophecy. 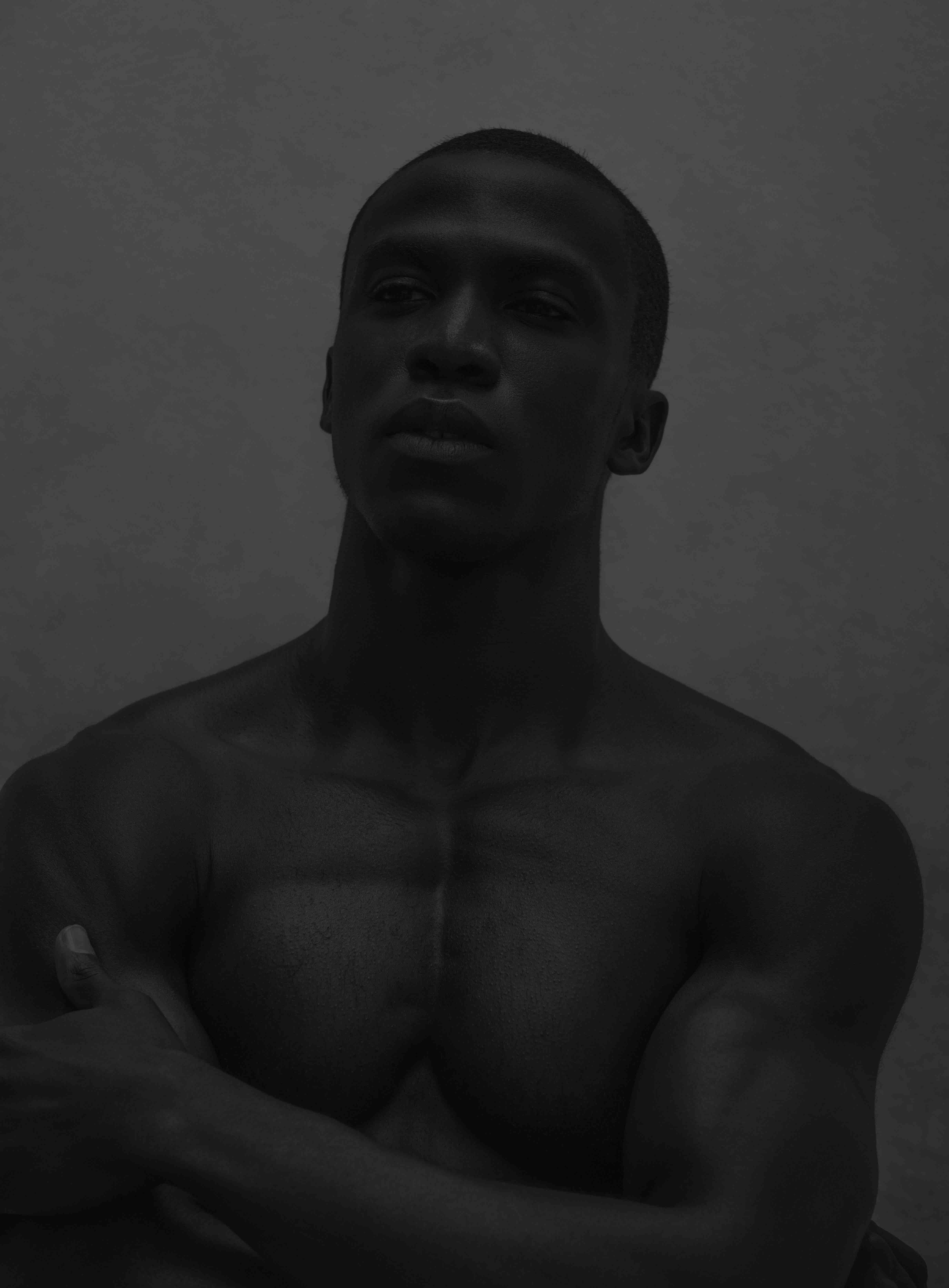