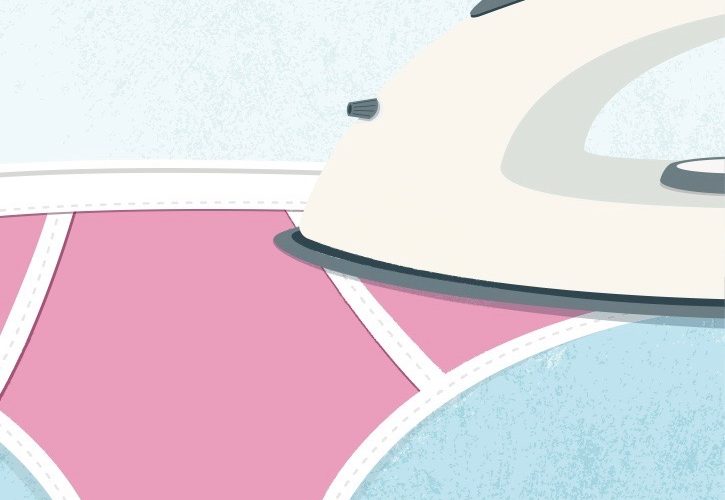 Soon, the looming fear and anxiety caused by the narrow, slight and nearly impossible probability of a bloated, orange media personality becoming the president will be gone. Even better, we can stop dissecting each and every comment, mannerism, policy, picture and gesture of Clinton and Trump. Her lies, his groping; her sassy pantsuits and his… just his… face. Which is second only to the annoyance of his voice.

But I guess I have to take partial responsibility for this pre-election saturation. I do have NPR on all day long, and the closer it gets to the election the more nuanced and inane the conversations become. I also happen to work from home, which means I get an extra dose of the 24-hour news cycle over your average listener. Working from home also means that I spend eight hours in my underwear, and it is usually around dinnertime that I realize I haven’t brushed my teeth yet.

It’s kind of amazing what happens when you don’t have to go to work—the complete lack of self-maintenance. And by “go to work,” I mean go to a place you will be seen. Sure, I have to “go” to work, but the go part is significantly different than your conventional setup. I pretty much roll awake, make coffee and log onto my computer. You’ll notice some key verbs missing: dressing, washing and, most importantly, going.

I have literally had days when I’ve been “at work” for 30 minutes before I realized that I was sitting in my underwear. The meetings are conducted via call-in, which is audio only. No one can see me. Even so, I’ve never shown up to a meeting topless. That’s just unprofessional.

A few weeks ago, I took a shower on my lunch hour and went back to work in a towel, without even realizing it. When a phone call came in I had to run and put some clothes on. I know the caller couldn’t see me, but there is just some kind of wrong feeling in discussing deadlines and details with a co-worker while in a towel.

Recently I woke up in the t-shirt I wore all day, wore to yoga and slept in. This was also the day I decided I would start getting up and getting dressed as if I were going to a work place. By lunch, I had spilled coffee on my dress, and it just seemed forced to wear heels and a blazer in my “office.” I was back in PJ’s by noon.

My office is formerly known as the spare bedroom/oversized closet. Despite my best efforts, it has slowly taken those storage responsibilities back on, as the tower of clothes, boxes and other things gets taller each week. In the event that I do have a video meeting, I carefully keep the camera aimed at what I call the professional zone, the square inches that make me look like a professional adult, one who definitely does not conduct business in terrycloth. 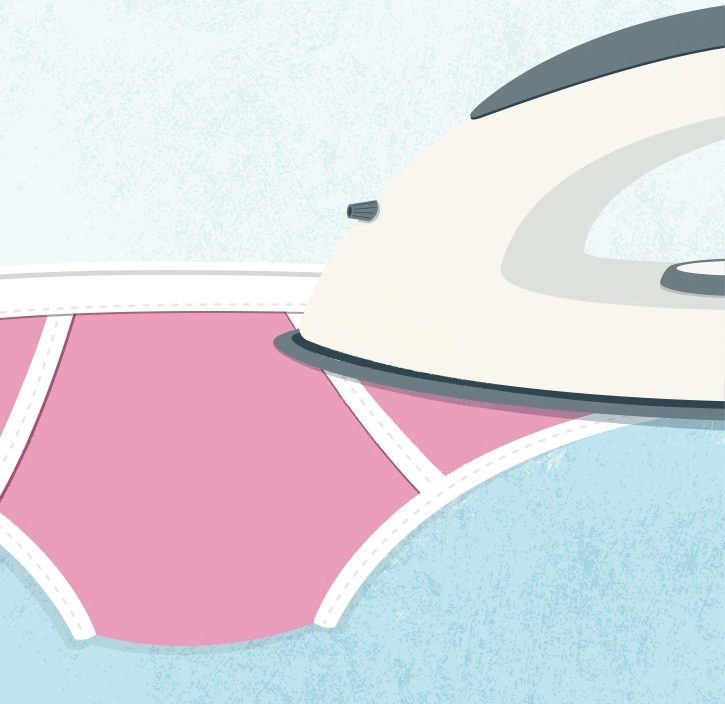 Another side-effect of working at home has been way more long, drawn-out conversations—with my cat—and sometimes with houseplants or a picture of my dad. So far, none of these things have talked back—a pretty good indicator that I am still sane. When someone else comes home, I am so excited to talk to them, but see, they have been talking to people all day, at work or school, so they want some quiet time. I kind of linger around the vicinity, checking in every few minutes to see if I can talk yet.

Getting fat is another work-from-home danger. There is food everywhere and a stove and dinner leftovers. Occasionally for lunch I will treat myself to a cooking show. I mean, my cooking show. I talk to the food and an imaginary audience while I whip a little something up. It reminds me of when I was younger and I imagined myself the heir to Julia Child’s PBS cooking show and performed for my mom, sister and brother. My specialty was a dessert I called Sherter Berter, basically just a well-stirred bowl of ice cream. But now, it’s just me, the cat and the plants. I don’t want to complain, but I’d appreciate a more rambunctious audience. And the cat always acts like she has something better to do.

For all the potential craziness working from home can induce, it is also dreamy. In fact, I like it so much that sometimes I feel guilty. I work longer than I have to and actually write down the time I take for lunch, or if I am distracted from work for more than a few minutes. These people are trusting me, dammit! I will not abuse their investment in my honesty, and so I ultimately spend a lot more time working than if I were at an office, wasting time yapping with people all day. As I’ve mentioned, the cat conversations get pretty dull.

So this is why I have NPR on all day long. I need background noise. Talking noise. And I am so excited for November 9, so I can hear the talking about something besides this insane election. Although, I expect it will be a month more of contesting the election and whatever other nutty conspiracies pop up as distractions. Even so, I see the light at the end of the tunnel. And it sounds even better than it looks.