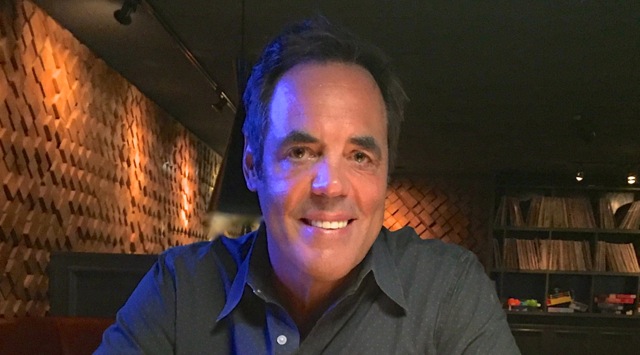 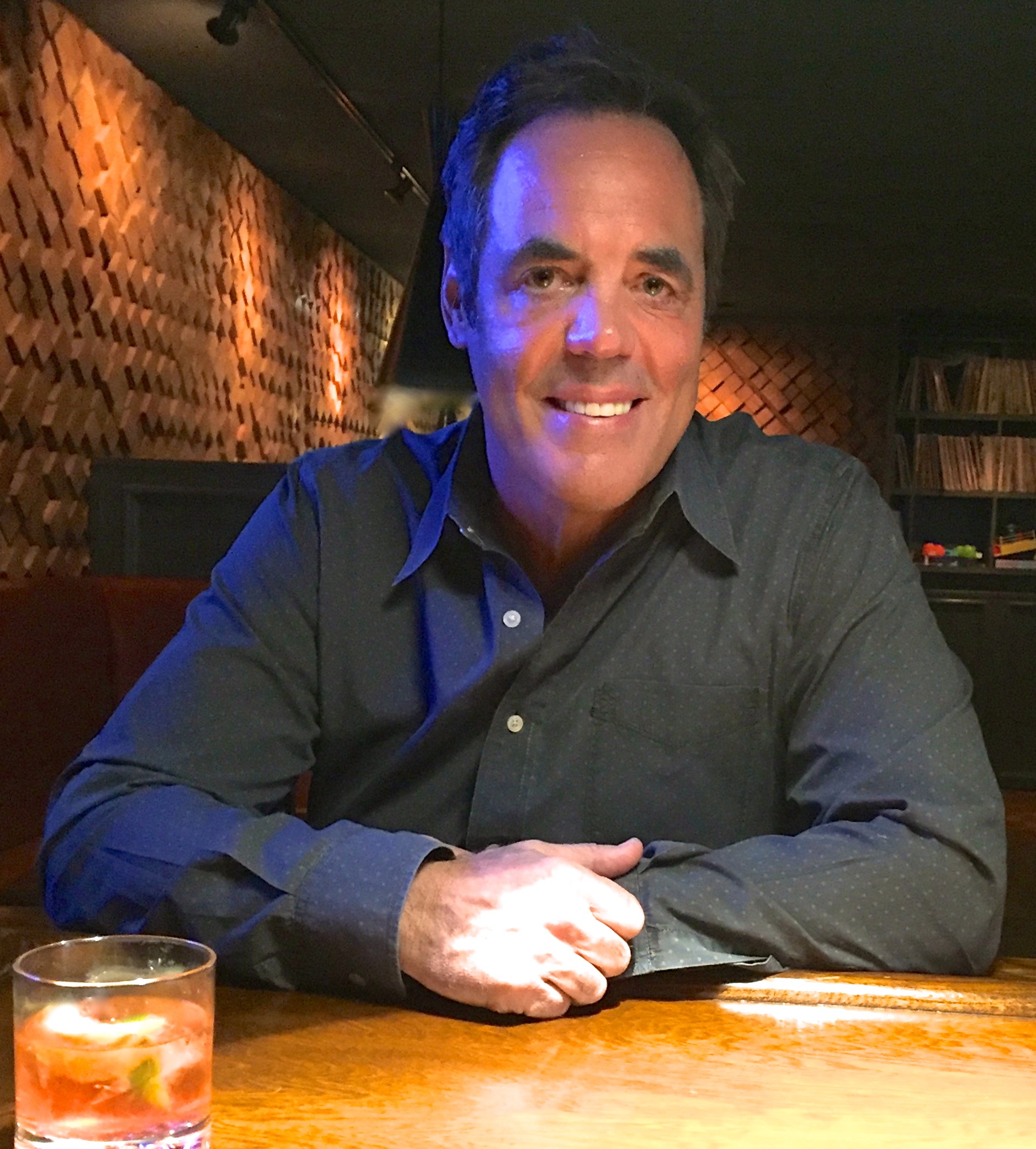 “I don’t want to buy anything.” This is the first thing I hear when I call Tucker Woodbury on a Sunday morning, and based on his deadpan delivery, I feel as though I have reached a sarcastic voicemail. The following chuckle on the other end convinces me otherwise and informs me that it’s just a shtick and that, well, I’m speaking with a human. It also informs me that I’m speaking with someone who is living one hell of a life.

If You Carry Your Childhood with You, You May Never Become Older
Woodbury has an impressive resume. He is a creative entrepreneur who has helped produce some of the most iconic hangouts in Phoenix, physical portmanteaus of old and new. His projects include Valley Bar, Cobra Arcade Bar, The Vig (four locations), The Beverly, Crescent Ballroom, Linger Longer Lounge, The Little Woody and others, with more to come under his umbrella company, Genuine Concepts.

Like many people in Phoenix, Woodbury is originally from somewhere else. He grew up near Boulder, Colorado, and his childhood exemplifies two aspects of his business acumen. His father was an entrepreneur and his mom was a writer. His dad showed him the value of hard work and his mom instilled within him a love of poetry and writing. “There’s a real business side of me from my dad and a creative side of me that came from my mom,” said Woodbury. “I can think creatively to design and build businesses, and can still think creatively in trying to keep them open.” In college Woodbury decided to pursue journalism because it was a major where he could use his creative skills in a way that allowed him to make a living.

Throughout his early adulthood, Woodbury was drawn to hosting and having parties. For his high school graduation, he recalls having a keg (the legal drinking age was 18 at the time) and his mom went to the store to refill the keg for him. Not many moms would do that today, but his parents have always supported his dreams—even if that meant providing elixirs. Woodbury threw a lot of parties in college and enjoyed organizing and coming up with the best way to make people happy. “I wanted people to have the kind of fun that I wanted to have,” Woodbury said.
After graduating, Woodbury moved to New York and worked in advertising, but there was something missing—he wasn’t having fun. He had a friend in Arizona who was involved in the restaurant and bar industry, and Woodbury felt like that would be a good fit for him, so he moved.

Woodbury transplanted to Arizona in 1990 and never looked back. His first major success came with the Rocking Horse, which was a music venue/roadhouse that set the blueprint for Crescent Ballroom. The Rocking Horse was a hot spot in Scottsdale in the ’90s, hosting new and emerging national touring bands. It operated until 1996, when it burned down in a fire.

You Shall Go Through the Fire and Not Get Burned
Though the Rocking Horse burned down, there was a diamond in the ashes. It was that Woodbury had met Charlie Levy, a club promoter at the time. They instantly developed a friendship built around giving people exciting experiences by combining bars and restaurants with concert venues. Woodbury brought the restaurant and bar expertise while Levy brought the concert and booking vision.

After the Rocking Horse burned down, Woodbury decided to go back into advertising. Levy continued

as a promoter. In 2000, Woodbury realized that he missed the industry and decided to leave the advertising world again. Woodbury and Levy’s creative vision fully synthesized in 2011 with the birth of the Crescent Ballroom, which has become a premier cultural bastion in Phoenix. The opening night at Crescent Ballroom was a sold-out show with more than 400 people in attendance. Woodbury and Levy haven’t looked back since.

What’s Past Is Prologue
For Woodbury, a major part of the vision he holds is renovating historic buildings and tailoring venues around unique spaces. “I feel like we have a responsibility to not see cool buildings disappear. Too much of downtown Phoenix has been bladed over. Really those are the kind of places people want to hang out in. You don’t want in the strip centers. You want to find a cool, interesting building that has some architectural significance,” Woodbury said. In that sense, his vision is galvanized toward making sure Phoenix feels like a long lived-in city, one with a significant history.

Efforts like this continue to push Phoenix forward in new ways while firmly entrenching it within the historical context from which it emerged. This merging of cutting-edge entertainment and historic settings especially came together with the creation of Valley Bar. The space it inhabits was pretty much just stumbled upon. One day, Levy, who has an office on the third floor of the building, decided to see what was in the basement. What he found shocked him, and he immediately got in touch with Woodbury to see if they could spin some magic. As is the case with Woodbury and Levy, they often find a cool space and just go for it, no matter how challenging it might be.

“I dig my hole first and then figure a way out of it,” Woodbury said. “We might not have the funding to make it happen, but we proceed believing it will. You’ve got to be that crazy in this business to make it.” The Valley Bar project took a lot of money and several months, but it has been more than worth it. Phoenix now has the iconic basement bar that most every big city has. The bar doubles as an entertainment venue throughout the week, hosting the smaller, emerging national acts as compared to Crescent.

What Dreams May Come
Most people would be satisfied with having two of the most frequented bars in the downtown Phoenix area, but Woodbury is just getting started. He and Levy are looking to create a concert venue that could hold up to 1,500 people in downtown. Central Phoenix doesn’t have a venue this size, and that could change once Woodbury finds a spot that he likes.

Other projects include a new bar where the old Apollo’s was, near Seventh Street and Bethany Home. The bar will be called The Womack and is slated to open in July. It will be an homage to the old Chez Nous, an iconic classic lounge that got torn down to make way for the (now defunct) Fresh & Easy on Seventh Avenue and Indian School. The bar is pretty much an exact replica of the Chez Nous and is named after its founders, Andy and Maureen Womack, who opened Chez Nous in 1963. The Womack crystallizes the blueprint for honoring the past that Woodbury aspires to.

Woodbury is quick to point out that he doesn’t create alone, and he attributes a lot of his success to his partnership with Levy. The two of them are bringing lots of cutting-edge experiences to Phoenix. Woodbury believes in the magic of bringing people together in a third space. “People can let their hair down and have a blast and see their friends [at our venues]. They can meet their future spouse. There is a certain magic that happens at our places,” said Woodbury.

Regarding Levy, he says, “We are great friends. We have a whole lot of fun together. I think we both are idea people. We dream about things; we love to identify cool opportunities that Phoenix deserves. There’s a real kind of shared vision between us. We know where one person’s expertise stops, so we never step on each other’s toes. We know when to back off and let one person take the lead,” Woodbury said.

There are a lot of people trying to make an impact in Phoenix. It’s a city filled with potential and quirkiness, but not everyone has the vision to make changes that are sustainable while honoring the past. The charm created by Woodbury partly comes from his predilection for dreaming. His childhood was inspired by poetry—something created within the pre-existing rhythms of language. 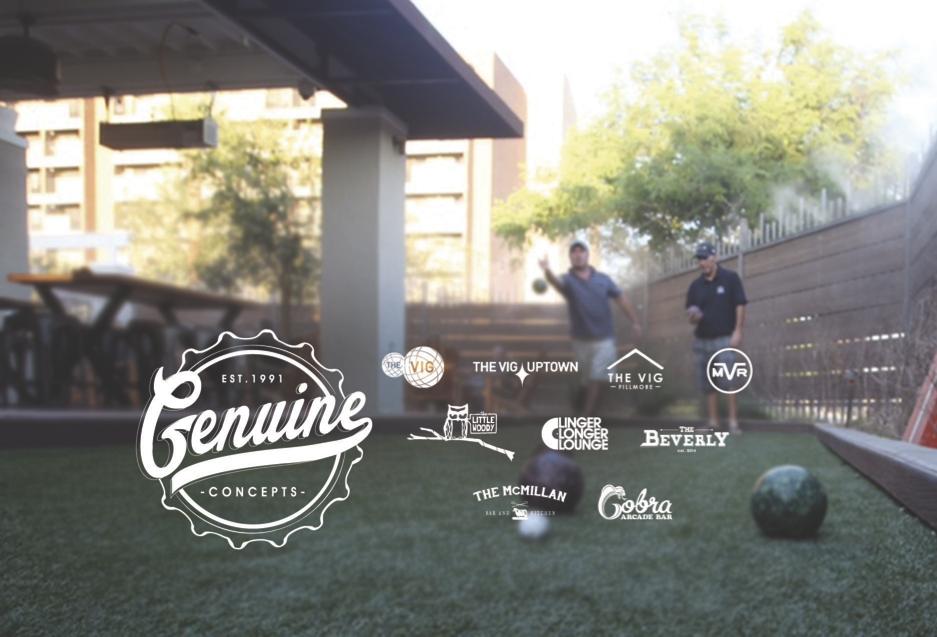