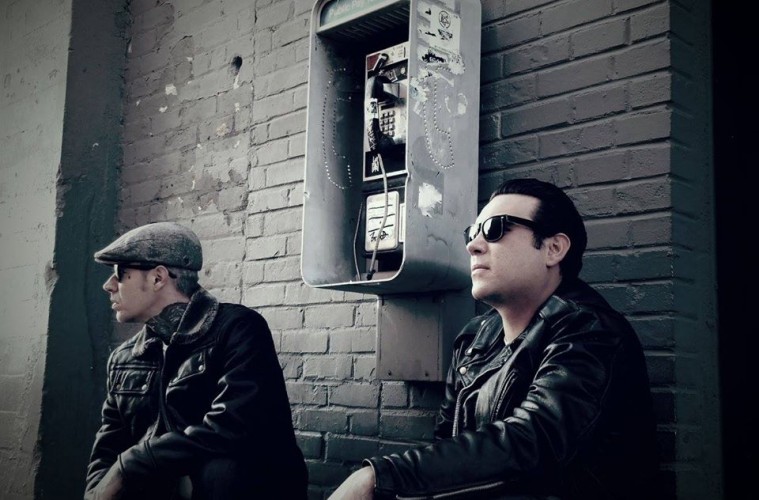 Saints and the Hellions | Brave Words and Bloody Knuckles EP

Saints and the Hellions is the direct spawn of a classic punk tribute band called Anarchy For Hire, and surprisingly it’s only a duo consisting of Vinnie Venom (vocals) and Lokki Saints (guitars, bass and drums). Saints had some riffs and lyrics sitting around while AFH was on hiatus and decided to put them to good use.

While the four songs on their debut EP, Brave Words and Bloody Knuckles, are all originals, it’s clear that the guts are gleaned from the history of punk. These all sound like instant classics that could have been released 30 years ago. Still, there is an urgency and a passion found here that indicate it’s the real deal. Multi-gold and platinum chief engineer John Gray at The Saltmine Oasis in Mesa engineered the EP, so the sound is immaculate. It starts with the revving of engines in “Rat Rod Phantom,” a tale of a ghostly driver behind the wheel of a ’32 Deuce who spreads mayhem everywhere he goes.

The title track is an anthem to getting into it with fists ready, and it’s one of the best fighting songs released in a while. Its sing-along chant will have crowds singing and swinging to the breakneck guitar line. “The Outlaw Rebels,” with its locomotive pace and Johnny Cash vibe, is probably the least punk of all, but it has a rockabilly twist. The EP finishes with “Goodbye My Sorrow,” which sounds like a lost outtake from Social Distortion’s early years. It’s about Saint’s struggle with addiction and his triumphant recovery. It’s the best song on the record, not only because it rocks like hell, but because it carries an emotional punch.