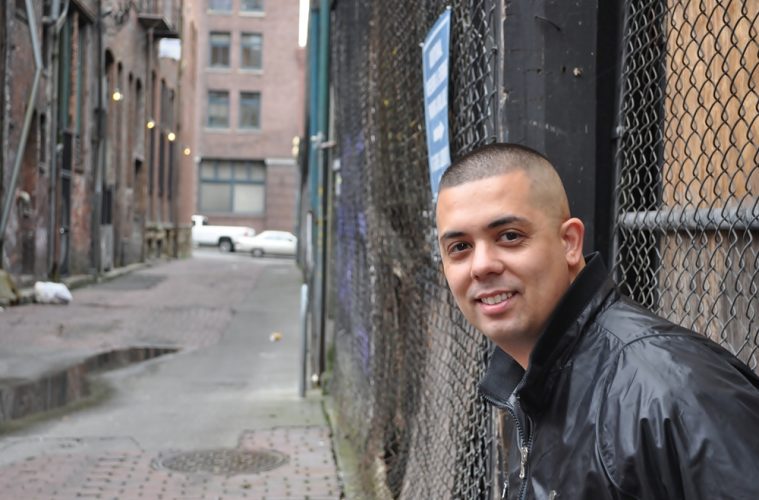 Kaz Nascimento grew up on the mean streets of Oakland. He left a home of neglect at age 16 to try and fend for himself. Abandoned, scared and bullied, he learned some hard lessons as a teen that would help him find meaning in life.

Kaz eventually carved out a niche as a local DJ, first in nightclubs and then making his way onto radio airwaves. Over the next 15 years, DJ Kaz would work with such leading companies as iHeart Radio, CBS, Hubbard Radio and Townsquare Media, in such diverse roles as morning show host and assistant program director. On the DJ tip, he would go on to share the stage with legendary artists Boyz II Men, Tony Toni Tone, and Montel Jordan to name a few.

Kaz relocated to the Valley where he is executive producer of his nationally syndicated radio show New Jack Radio Weekly, which specializes in R&B and Hip Hop with an ’80s and ’90s vibe, featuring interviews with various artists from the era.  JAVA interviewed DJ Kaz about how he went from a rough childhood to make it in radio, and the release of his new book “Reach: It’s All You Have to do in Life,” which talks about what it took to overcome the odds.

JAVA: Please share a few examples of the challenges that you faced growing up in Oakland. Was there a pivotal moment that helped pull you out of the difficulty?

Kaz Nascimento: Some of the biggest challenges I faced were in my home. At times there was very little food, no electricity, no phone, and little-to-no parental supervision, which made it very hard. My neighborhood was infested with criminals and drug dealers and sadly those people were my only role models. I was feeling mentally and physically drained from living like this. I knew that there was more to life and a little voice kept telling me there would be opportunities to better myself. I became friends with a guy named J.C. Solis, who I went to school with. He recognized the importance of education and his focus started to rub off on me, being around him daily really helped.

How did you get into music/DJing?

Growing up, music was always being played in my house. It became my getaway to escape from the realities of everyday life. Music really became a part of me. If I was mad, I would play a mad song. If I was sad, I would put a sad song on. I used to write poetry that I eventually turned into rap songs. I started performing at local venues where I met DJs, and with my knowledge of music combined with a love of performing and being on stage, everything just kind of came together.

What bought you to AZ and how do you like it?

I was always attracted to the Southwest, and I was let go from my last radio gig in Seattle, due to management changes. Ironically, my wife was offered a job in the Phoenix metro area. The timing couldn’t have been better. We decided to start a new chapter in our lives, and it has simply been wonderful. I love the history, the culture and all Arizona has to offer. It inspires me to get up, get out, and explore.

Your press release said you worked on death row. How did that come about?

One of the things that helped me change my life was enlisting in the military. It taught me discipline and created opportunities for me after my service. When I first came to Arizona, I was out of work. I saw they had openings for corrections officers and I had experience in that field from Seattle. I ended up completing academy training in Tucson and was assigned to work at the facility in Florence. A few days out of the week I was assigned to work the death row unit. I always get asked what it was like there. It’s hard to explain, it’s one of those things you just have to be there to understand. My job ranged from escorting inmates to recreation and medical visits, cell extractions, even breaking up fights. It does take a special person to work that job. I feel very lucky to not have been seriously injured. I believe my communication skills worked in my favor, and also my understanding where these people come from based on my own experience.

Talk about your radio show and syndicating it

I am currently the executive producer and host of a syndicated radio show called New Jack Radio. The show takes people back to the ’80s and ’90s playing hits from the new jack swing era sprinkled in with top R&B and Hip Hop hits. The show also talks about the fashion and culture from that era, and features interviews with the artists to see what they’ve been up to these days. The show airs weekly in the Phoenix metro area on Sundays at 9 a.m. on 88.7 FM The Pulse and is currently syndicated in several other markets including Philadelphia, Chicago, Savannah, and Santa Fe and is growing.

Tell us more about your book and what motivated you to write it.

I started to write “Reach” five years ago. I always felt like I had a story to tell, and that it could one day help someone. I was abandoned, unloved, and was told I would never make it in life. The book is my journey about overcoming the odds to become someone. With the current state of events, from the pandemic to job losses, I wanted to try and breathe some hope into people, to encourage them not to give up or give in, to fight another day. I am living proof that you can make it out of practically any situation.

What do you hope to achieve in the future?

Some of my future goals include continuing to produce great radio and expand my show to other markets locally, nationally, and globally. I would also like to do more writing, continue to encourage people to reach for their goals and dreams, and to continue to find that peace and love in my own life.