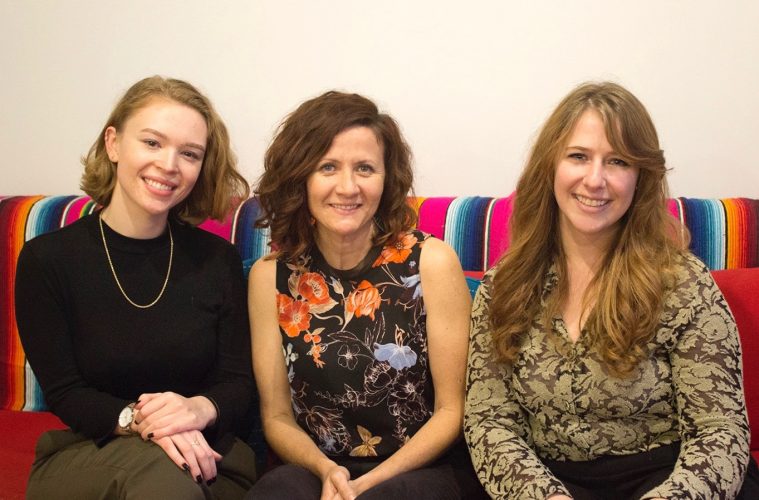 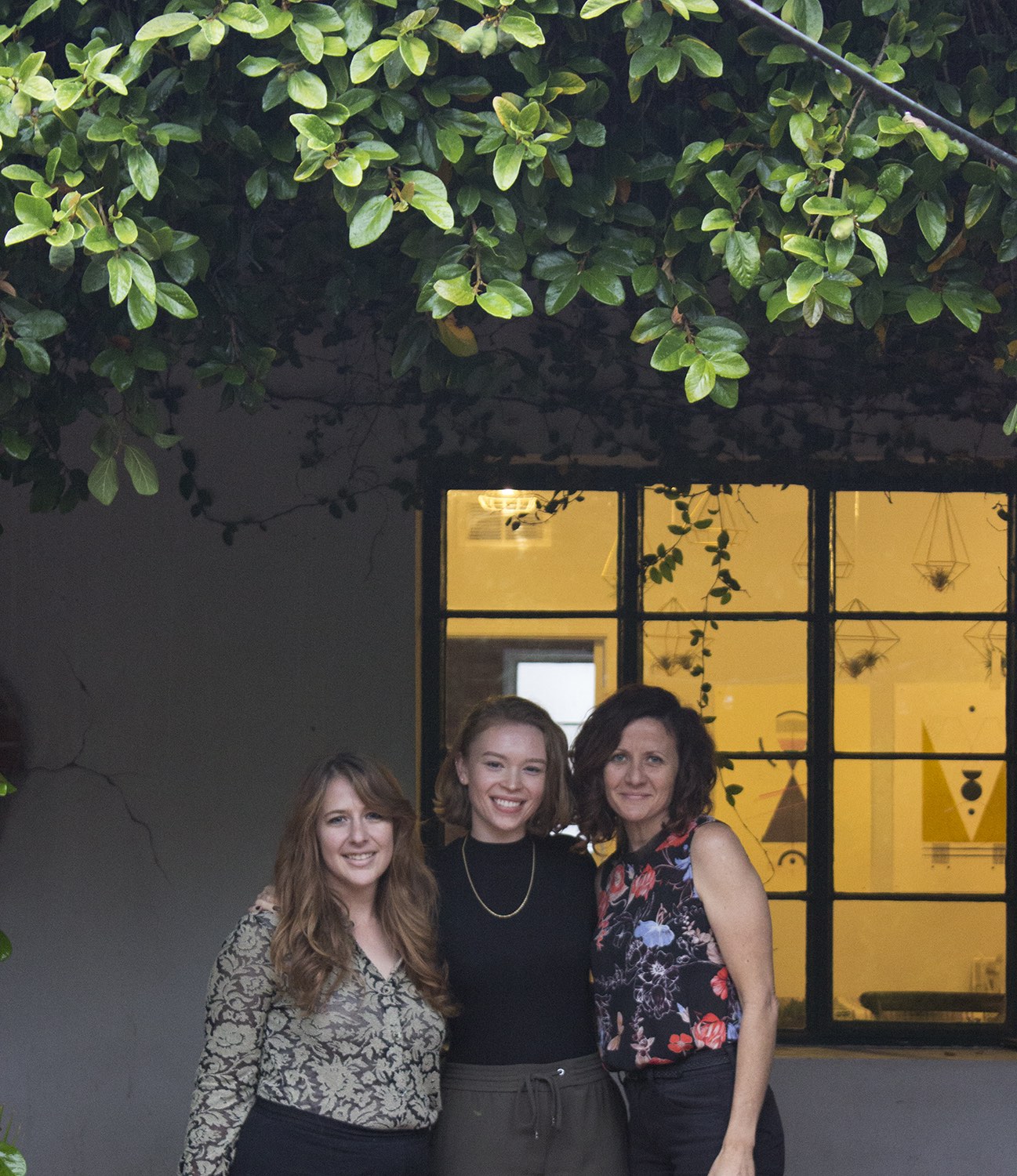 In case you hadn’t noticed, Phoenix is getting hotter. And no, I don’t mean because spring is a few weeks away.

A study by the Weather Channel and Climate Central noted the city’s average temperature has risen by 1.5 degrees over the last century. A number of factors are working to further heat up our already sunny Valley – everything from shifting climate patterns to an increasing urban heat island effect, to the millions of ACs bleeding out warmth, and all of it tucked cozily under the haze of our smog inversion layer.

It’s hard to believe that at one time the Valley’s air quality was touted as a curative for those suffering respiratory issues. On New Year’s Day, the Valley experienced some of the worst air quality in its history. Officials warned people with asthma and related disorders to avoid going outside, and even suggested healthy people avoid outdoor activity.

While there’s no easy cure for all that ails the Valley from a health and environmental standpoint, according to Danielle Corral, tree program manager for the non-profit Trees Matter (TM), increasing the number of trees is one of the simplest ways to help. “We have to do something to counter all of the concrete and cars on the road,” Corral said. “It’s not just shade, not just heat. There are so many other factors.”

According to a document from the ASU School of Sustainability and the City of Phoenix, every year, the city’s trees remove an estimated 1,700 tons of air pollution, sequester 35,400 tons of carbon and produce 89,200 tons of oxygen.

TM’s three fulltime employees and its host of volunteers distribute between 5,000 and 5,300 trees each year through its Utility Shade Tree Program, in conjunction with the Salt River Project. Through its Trees for Schools Program, TM has led the planting of even more. 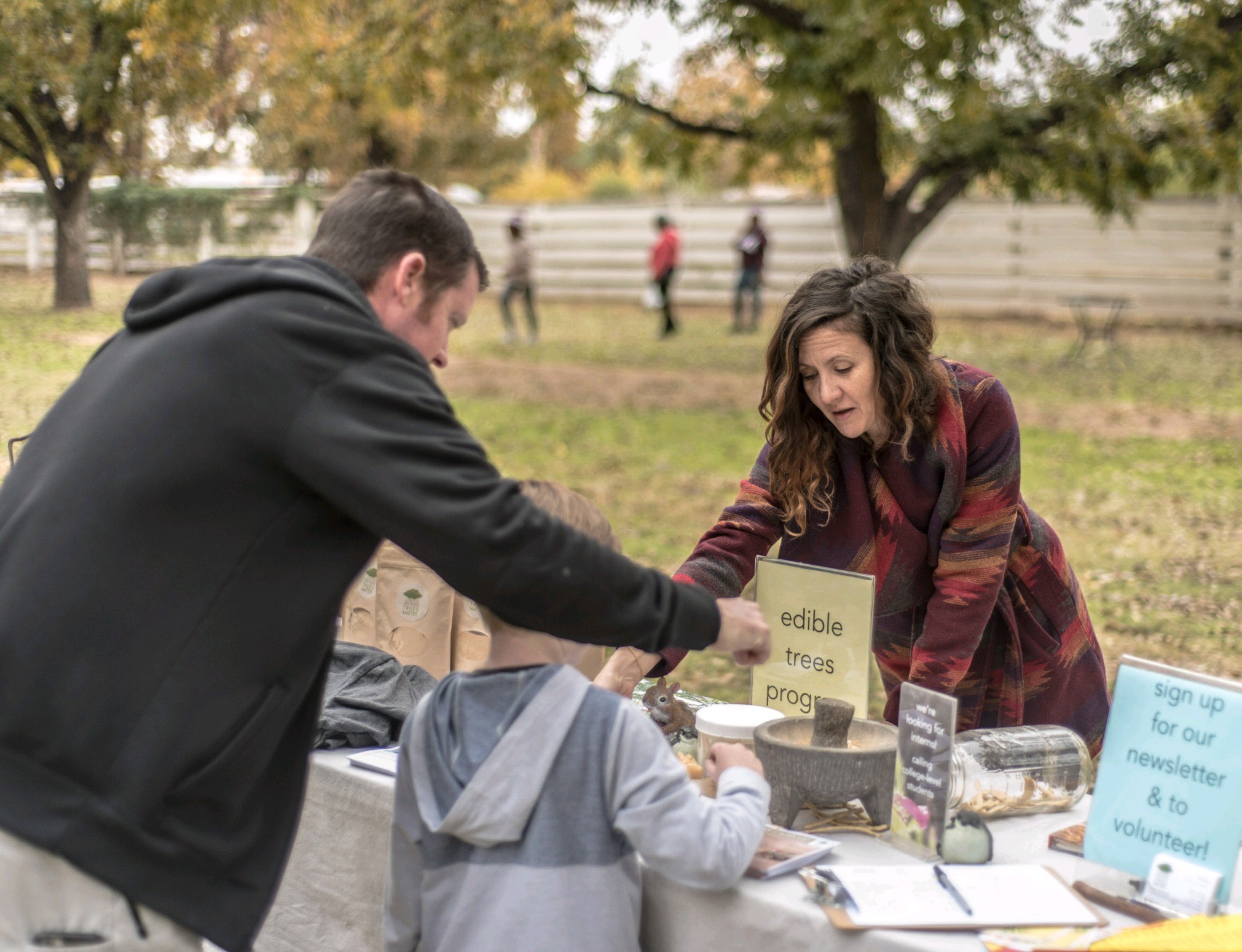 In addition, TM leads a range of classes and workshops, covering everything from the basics of tree planting and maintenance to how to collect and process food products from local plants such as mesquite trees. This last class is part of TM’s Urban Food Forest program, formerly known as the Edible Tree Series.

Aimee Williamson, executive director for TM, explained that the group was founded in 2007. Originally known as the Valley Permaculture Alliance, in 2016 the group decided to transition into a tree-focused organization because of “an understanding of the importance of increasing the tree canopy across the Valley.”

“It keeps getting warmer, and there’s data that shows that urban areas are losing trees every year,” Williamson said. “It’s an issue on a national scale, and no other organization was filling the need within this community.”

Williamson explained that increasing the tree canopy not only mitigates pollution but also protects commuters who walk or use public transportation, in addition to contributing to a community’s sense of mental well being. There are a lot of studies that show people are happier around trees.

“The Maricopa County Health Department is now measuring heat-related illness and death,” Williamson explained. “They’re taking that data and seeing that we need to address people walking during summers and also people waiting at bus stops. It’s a health issue, not just about beautification.”

Despite the transition to more tree-focused programming, Williamson said they “try to honor our permaculture roots.” During the transition, rather than seeing some of the Valley Permaculture Alliance’s old programs discontinue, they transferred them to other organizations. The seed library was given to the Mollen Foundation, which is currently using it to help with the planting of a community garden at Garfield Elementary School. The Phoenix Tour De Coops, a tour of Phoenix backyard chicken coops, was handed over to Your Farm Foods.

The Utility Shade Tree Program is TM’s most impactful program in terms of increasing tree canopy. It allows homeowners who complete a free workshop to select two trees to plant on their property. To help teach the class, TM brings in certified arborists and master gardeners who explain where to plant specific trees and how to care for them and answer any other tree-related questions participants have. 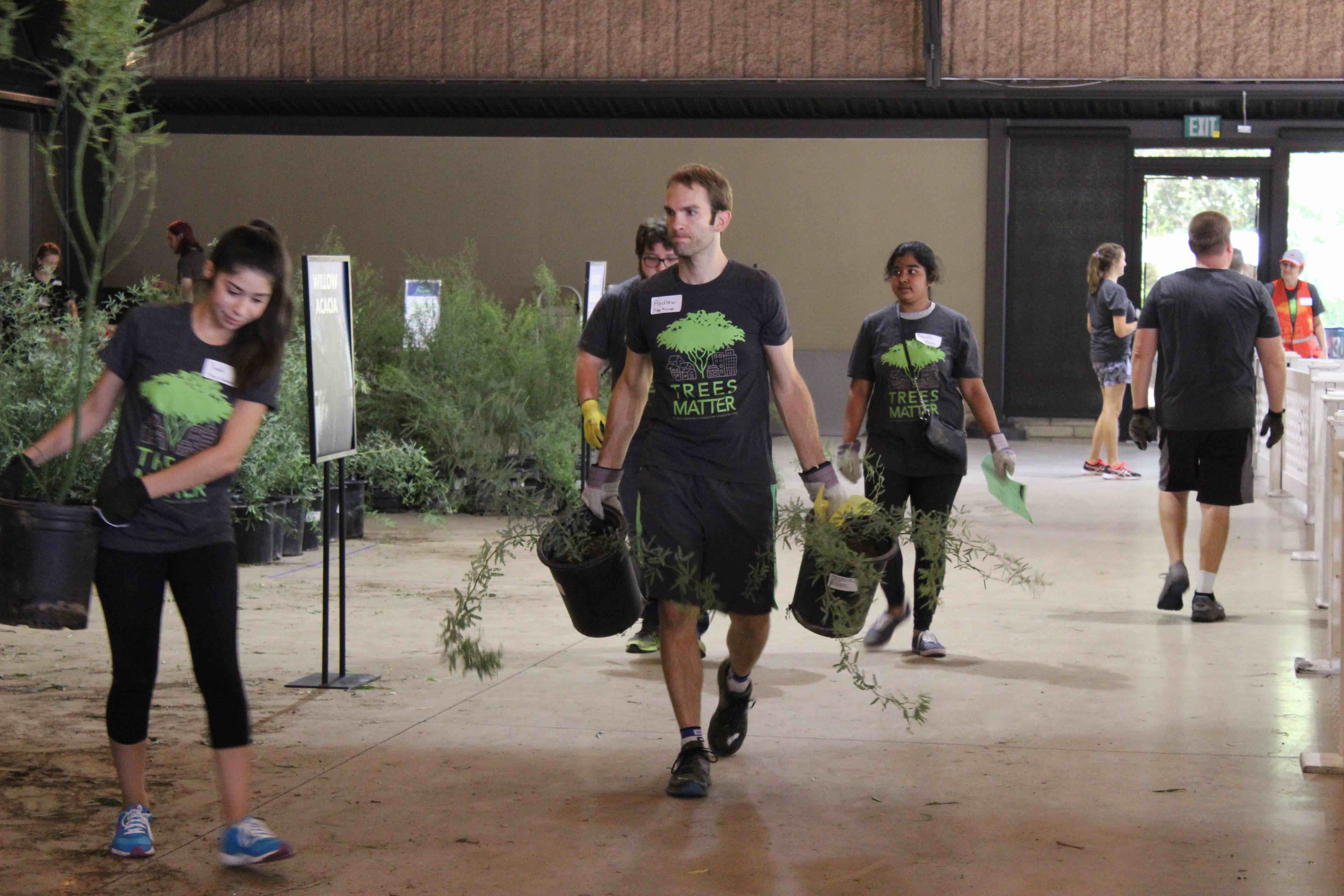 “This is something that permaculture teaches – when you plant trees strategically, you can reduce the amount of energy you use,” Corral said. “If you have a deciduous tree, it’s great to plant on the south side. These trees will actually reduce the need to use air conditioning. Many people don’t realize that air conditioners put additional heat into the environment. While you’re trying to cool down your house, you’re actually making it hotter for everyone else.”

Participants in the workshop create maps of their properties and have experts advise on where to plant specific trees, which helps in deciding what trees to select. Corral said that the trees TM distributes though this program are desert-adapted varieties such as mesquite, palo verde, desert willow and willow acacia.

Williamson explained that many of the participants are new homeowners who have recently relocated to the Valley and are unfamiliar with the intensity of the local environment.

“We created the ‘ask an arborist’ website forum and Facebook group where you can ask any question about trees,” Williamson said. “We have two volunteer certified arborists who answer the questions. We want to make sure that the people who are getting these trees are able to have follow-up support so the trees succeed.”

On March 10 at 10 a.m., TM will host its fourth annual Tour des Trees, where professional arborists lead a tour that explores eight unique trees on ASU’s Tempe campus. The event is free to attend and funded by the Arizona Department of Forestry and Fire Management.

“At each station there will be a really interesting tree to discuss,” Williamson said. “People can look at trees they don’t see every day and, with the more common trees, there will be arborists on hand to talk about them.”

Another upcoming TM event focuses on the mesquite tree – a class and harvest demonstration to take place on May 30 at the Rio Salado Audubon Center. Ariel Stone, volunteer coordinator for TM, explained that the class will cover how to determine which pods are edible (emphasizing that you should never harvest them from the ground), how to harvest and process them properly, and the uses and benefits of mesquite flour. 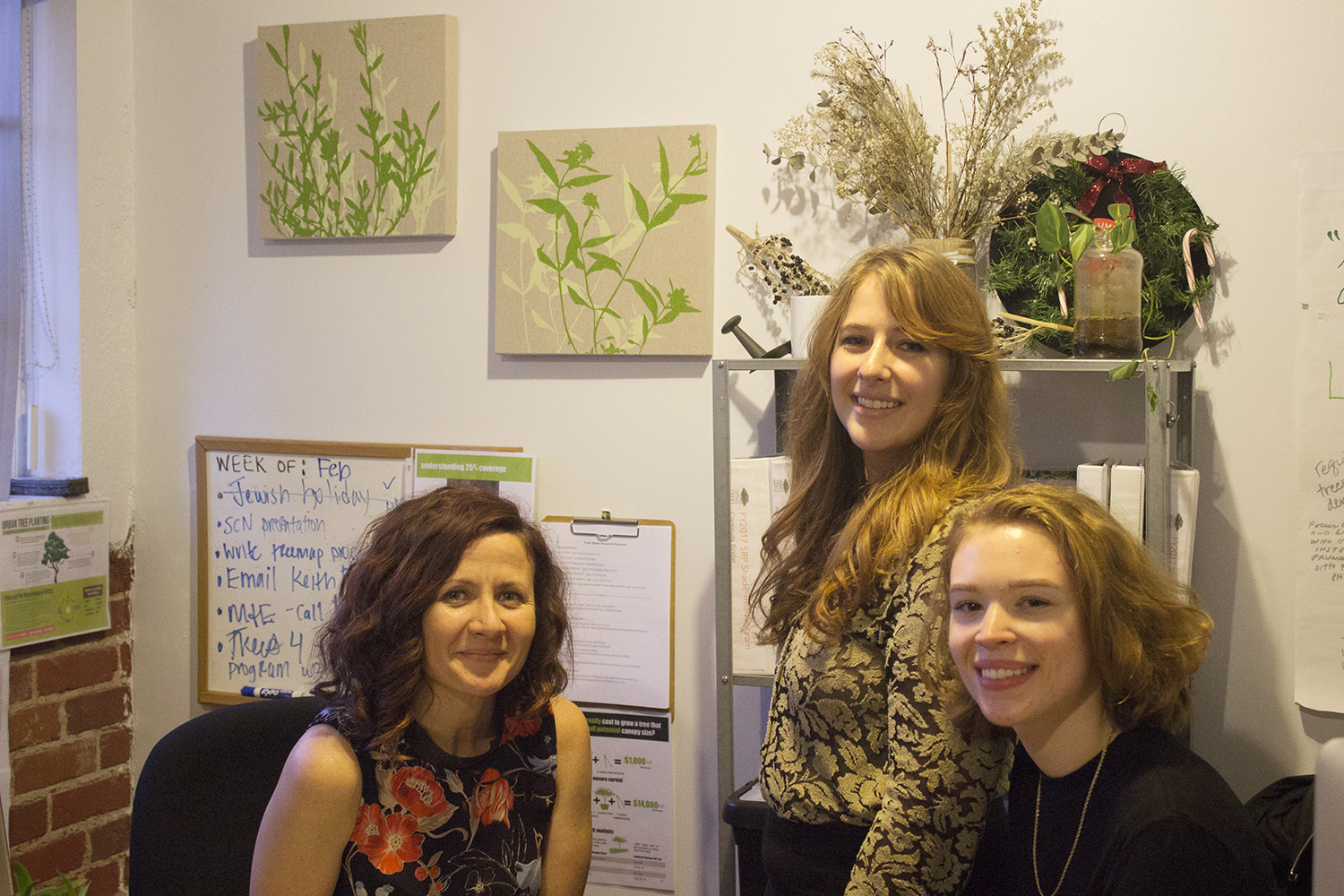 “It’s a chance for the community to come and learn how to harvest mesquite pods for food,” Stone said. “It’ll be taught by Peggy Sorensen again this year. She’s a forager and has been harvesting mesquite pods for years. She really goes into detail about how go from taking them off of the trees and into your kitchen.”

Mesquite flour, often referred to as a super food, was once an essential element of life for indigenous peoples and can be used to make baked goods such as pancakes, mesquite bread and even desserts. The pods themselves are quite sweet, with a slightly nutty flavor.

One of Corral’s personal favorites is a drink called mesquite nectar that she described as the “coconut water of the desert.” Corral, who is also a nutritionist, said mesquite has a number of health benefits. Despite its sweetness, mesquite flour has a low glycemic index. It is gluten free and high in dietary fiber, a significant source of protein and rich with minerals such as calcium, magnesium, potassium, iron and zinc.

After we had marveled over mesquite, Corral produced a quantity of another often overlooked edible, the fruit of the desert fan palm. As I snacked on the tiny, dark fruit, which was sweet, if mostly pit, I pondered the City of Phoenix’s Tree and Shade Master Plan, which declared the goal of having 25 percent canopy coverage by 2030.

With the current number standing at 6 percent, the chances of achieving this goal seem somewhere between unlikely and impossible. However, smart investment and strategic placement can make a significant impact, especially in economically disadvantaged areas, which typically have the fewest trees. This becomes obvious when you compare Phoenix to its wealthier suburbs, such as Paradise Valley, which has 16 percent canopy coverage. 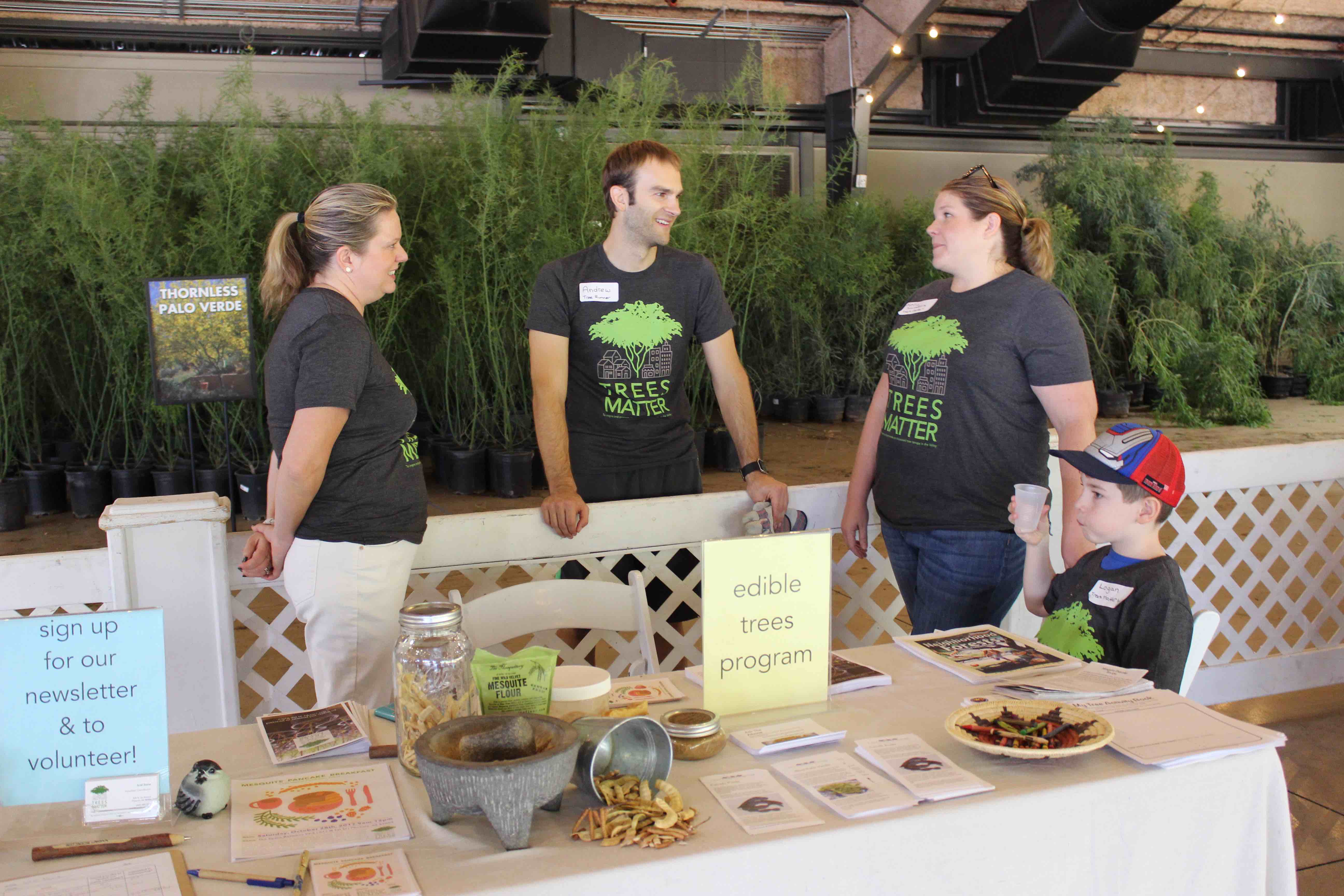 Williamson is quick to point out that since the majority of Phoenix land is not in City hands, partnerships and projects like TM’s are vital for efforts to increase canopy coverage significantly. She stresses that preserving existing trees is as important as planting new ones.

Through its various programs, TM is like Johnny Appleseed, spreading knowledge and awareness while also literally spreading and planting trees by the thousands. For more information or to find out more about upcoming events, visit TM’s website at www.treesmatter.org