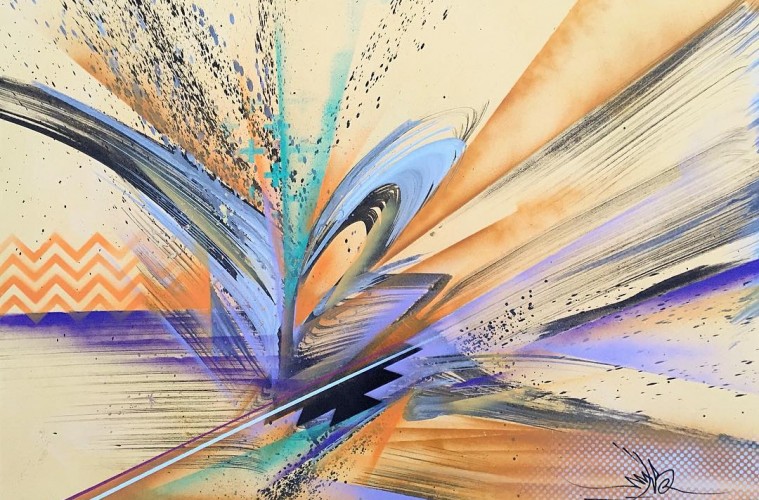 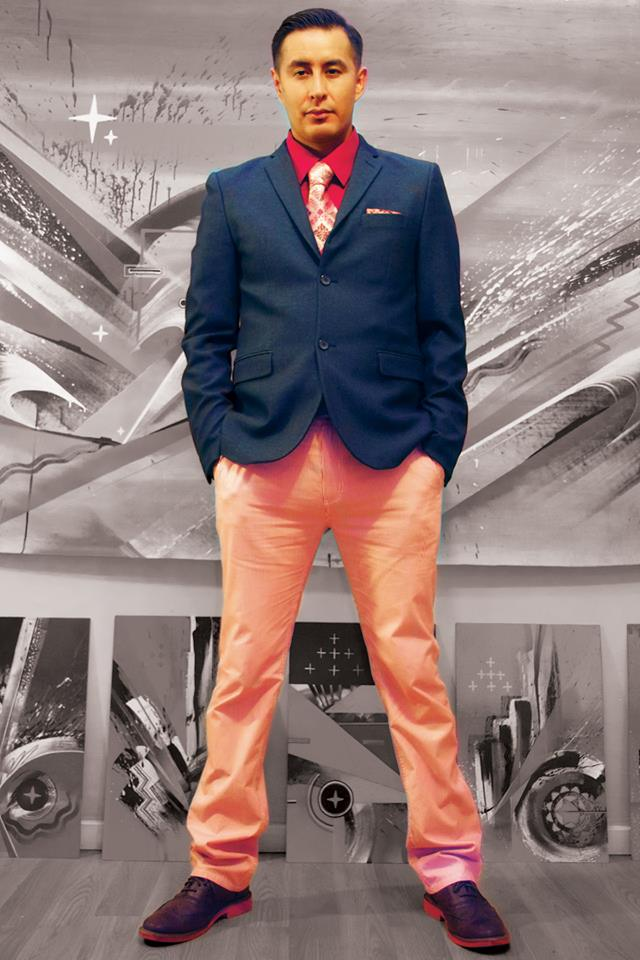 Navajo artist Randy Barton, raised in Winslow, Arizona, is a man on the move. His inherent need to travel is something that mixes with his pervasive desire to create art in various forms. Though his journey has had him living in cities like Phoenix, Las Vegas and San Francisco, he has found his way back to Winslow, where he has opened up the Pntd Dzrt Art Boutique, and most importantly can be near his teenage daughters and other family members. 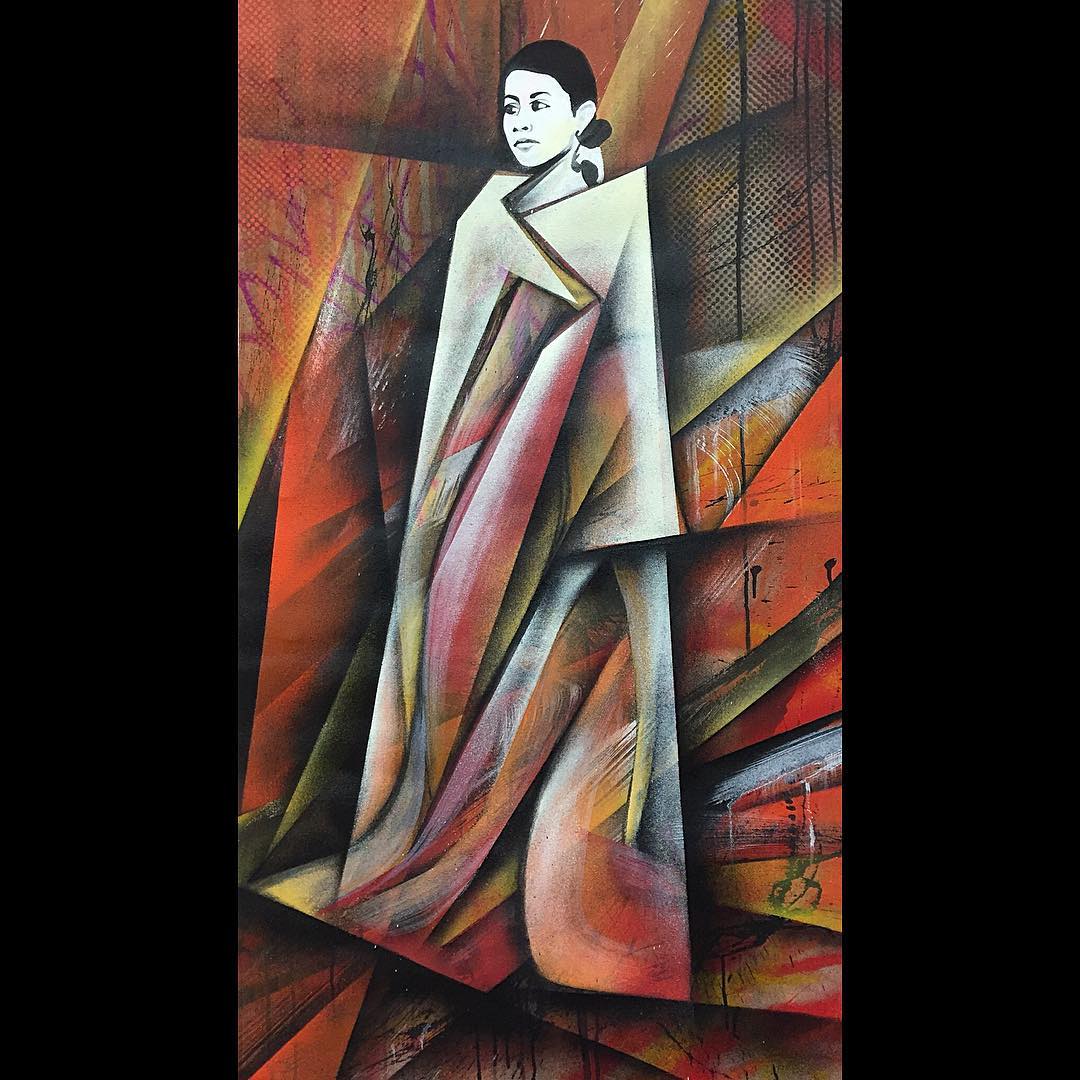 Painting is a sizeable portion of how Barton spends his artistic time. His abstract works, sometimes featuring a palette related to the desert and other times richer and less earthy-hued, are infused with Native American symbolism that is meaningful to him. His big brush strokes come from growing up as a graffiti artist, and that sensibility of working with spray cans is a part of his art and always will be.

Before hitting the road, Barton went to graphic design school in Tempe and honed his skills for a career in commercial work. After school, he went to San Francisco for a few years, but says he later “went back to Phoenix because it’s where I came up in the arts.” He opened a few studios in the downtown area, trying different locations. 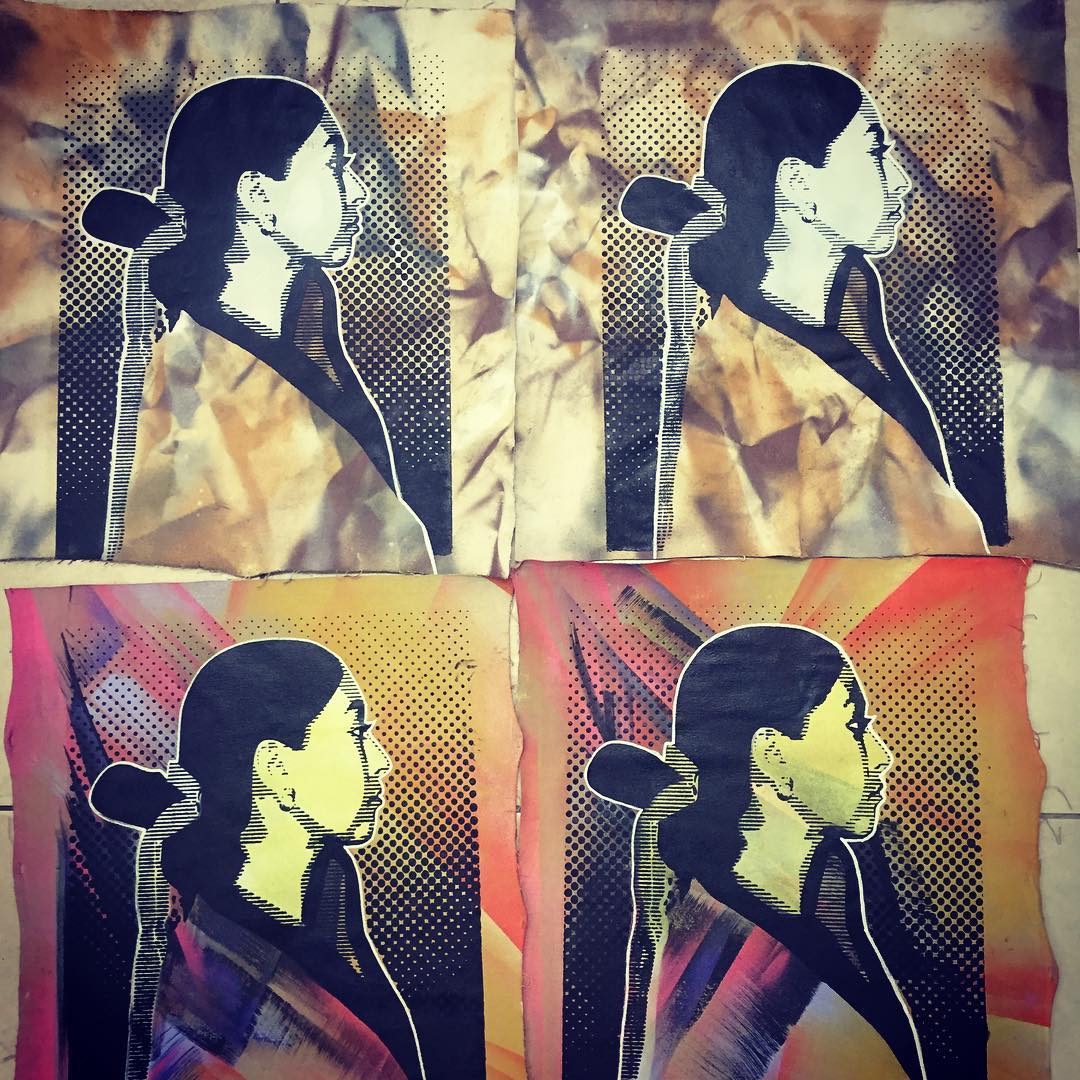 The need to wander hit him after a year or so and he went to Las Vegas to open another studio, but found that the town wouldn’t be his ultimate destination. He headed back up to San Francisco and felt like, at that point in 2014, things really started falling into place.

“I was going to Miami to DJ at a friend’s art show during the annual Art Basel event,” said Barton. “I let the people at ArtBattles.com know this, because they’d previously been wanting to bring me to NYC to do something. They asked if I wanted to battle. I did, and I ended up winning the live-battle competition. The word got around about that and led to more opportunities.” 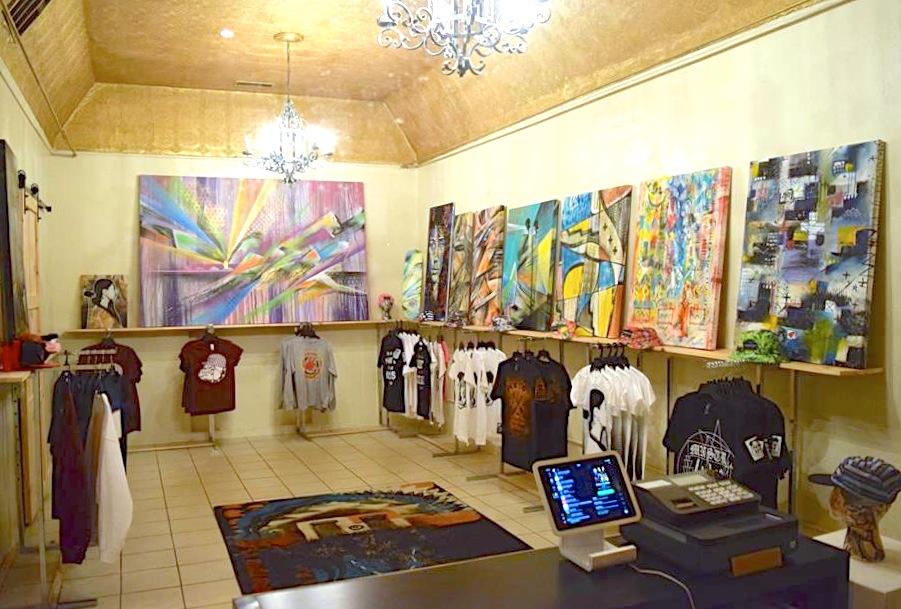 One of those opportunities was a commission from the owner of Albuquerque’s Eldorado Hotel to create 80 paintings for the venue. This was a result of Barton receiving a fellowship from the Southwestern Association for Indian Artists to create an artist’s guestroom at Nativo Lodge. During this same time period, he also won a first-place ribbon at the Santa Fe Indian Market.

Barton is happy to be surrounded by family and to have a solid base in Winslow. He’s right across from the famed La Posada hotel and says his Pntd Dzrt Art Boutique sees a nice mix of out-of-towners and locals. The retail portion of the place features fine art and clothing based on his designs, as well as wearable art made by other artists whose work he likes. “Pntd Dzrt is a good place to see the whole picture of what I do,” Barton said. “My paintings, my work space, the store, the place I create beats, my entire aesthetic—it’s all here.” 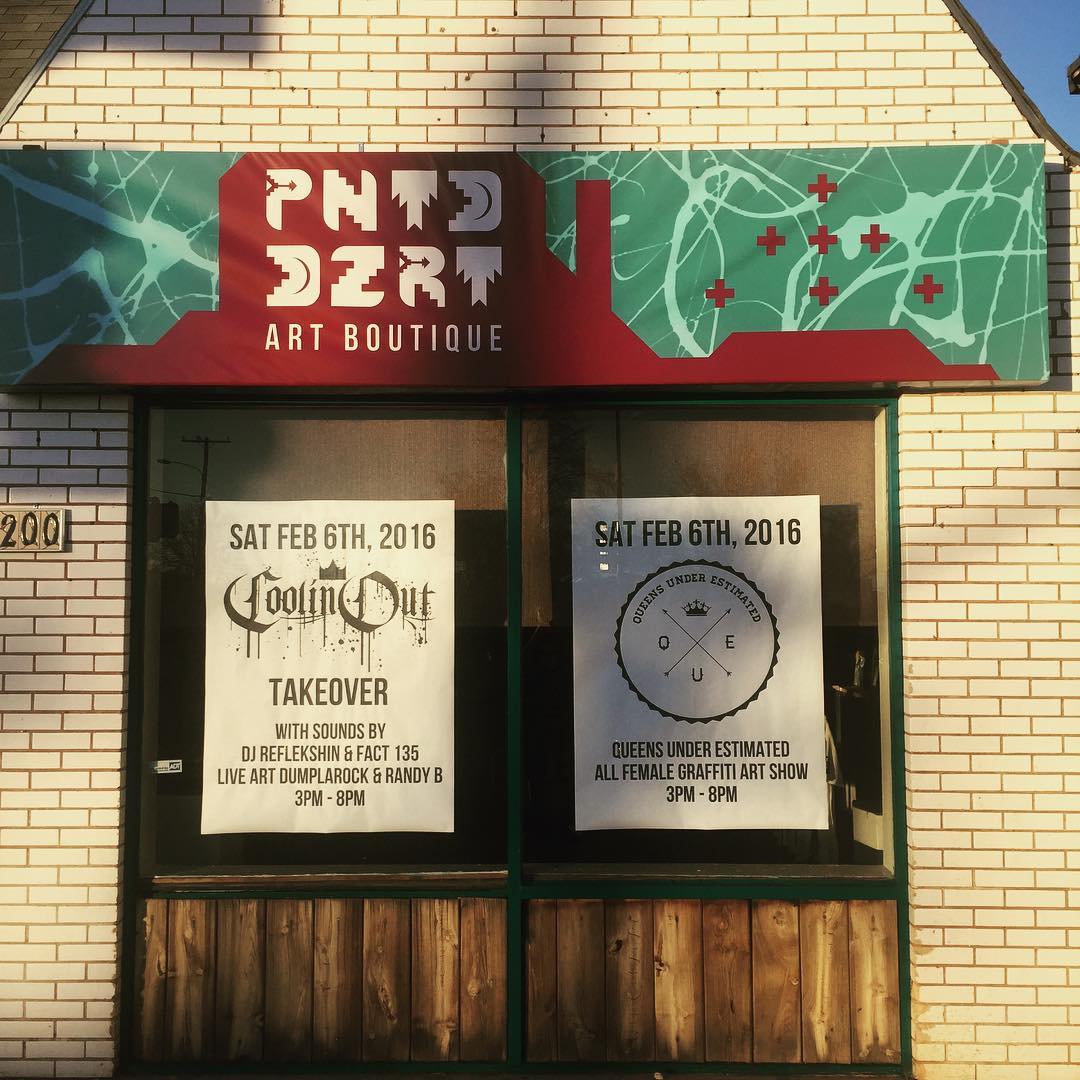 The busy artist is part of the Medicine Paint live art crew, and in addition to some out-of-town events they are planning, he’s hoping to have a crew event in late May in Winslow. Next up, though, is a solo show at a new gallery in Taos, New Mexico, in mid-April.