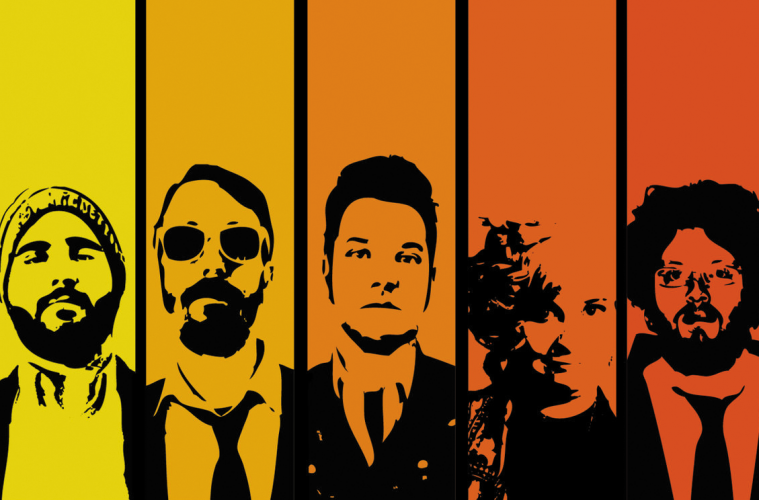 Years ago Anthony Fama was the frontman for one of my favorite local groups of all time, Doctor Bones. After his departure, he laid low for a while before emerging with his new project, The Redemptions, about two years ago. With Danger Paul Balazs (The Psychedelephants), Spencer Ferrarin (Something Went Awry), and Kostantin Bosch and Solo Lounsbury (both of The Woodworks), this collective has come together with Fama as frontman to produce the long overdue debut EP, Broken Hearts & Shattered Glass.

They had well over an album’s worth of songs, but clearly picked their five best as a calling card to the world. “Stay” is an absolute stunner of an opener and a favorite from their live set, catchy as hell and something that’s been hanging in my mind since it was released as a preview single. This is followed by the dark and brooding “There with You,” which sounds like it was pounded out of the desert heat. It’s a beautiful, complex number, and Fama has never sounded better, with a near Elvis croon happening.

“Walls” was another preview single, and it has a loping rockabilly feel, with Fama evoking vocals from a cache of ’50s records that he must have stashed somewhere. The live ambience on “Seventeen” distracted me when I first heard it, but on further listens it became a favorite track. The interplay between Bosch’s drumming and Balazs’ bass pulls the whole thing together. The record ends with “Secret.” After repeated listens, I realize why this may end up as one of my favorites of the year.