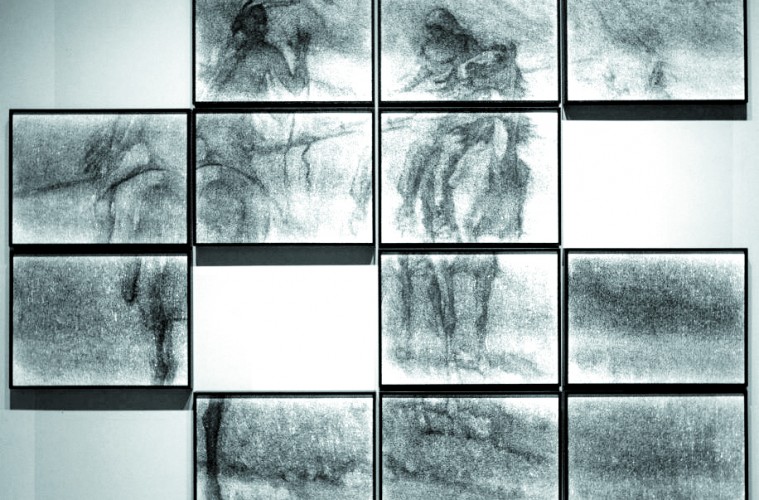 Amy YoungJanuary 31, 2016
Art0 Comments
0
0
0
0
0
0
0
Superflex is a Danish artists collective that was founded in 1993 by members Jakob Fenger, Rasmus Nielsen and Bjornstjerne Christiansen. The trio refers to their intensive projects as “tools,” and many of the Superflex tools have been economics-focused endeavors, looking at the social science that factors into the creation, production and distribution of goods and services, and in turn, the results of those processes. Their work keenly examines past and current methods and events to promote the type of thought that inspires productive thinking and beneficial change.

ASU Art Museum’s artist residency in downtown Phoenix allowed us to invite Superflex to the region to develop a project that emerged from the local conditions and looked at larger issues of value, authenticity, regional identity and the intersection of art and science

Currently, you can see one of their intriguing projects, Superflex: Superfake/The Parley, at the ASU Art Museum, which examines the value of art on multiple levels, as well as the cultural ideas and misconceptions that are derived from, or shaped by, depictions of historical events. The exhibition is built around an 1898 piece titled “The Parley,” by Frederic Remington, whose fame comes predominately from his depictions of the American West. These storytelling images have served as a historical guide, with a perceived accuracy, for many throughout the years. In the early 1990s, the painting started undergoing processes to test its authenticity; Superflex eventually became a part of the process. The piece was ultimately revealed to be a replica.

When you reach the second floor at the ASU Art Museum and enter into Superflex: Superfake/The Parley, it’s impossible not to feel an unusual mix of anxiety and curiosity, buttressed by a weight in the room’s air. It is immediately haunting. Large portions of the walls are empty, but if they were simply untouched, that would be one thing. However, in this case, the walls are adorned with the outlines of previously hanging works that have been taken down. In some cases, the descriptive tags are still in place. That initial greeting in a museum setting instantly implies chaos, and given the circumstances surrounding the Remington piece, feeling unsettled is more than appropriate.

“The Parley” greets you from across the room. The piece is in your face, not just forcing you to ask questions but reinforcing the “what now?” sentiment that comes with a veil being lifted, crumpled and thrown away. The Superflex team has been in the Museum’s residency program, making visits over the last couple of years to help answer that question and create the elements needed for this exhibition.
ASU Art Museum Director Gordon Knox says, “Superflex operates methodically and with the long-term in mind; ASU Art Museum’s artist residency in downtown Phoenix allowed us to invite Superflex to the region to develop a project that emerged from the local conditions and looked at larger issues of value, authenticity, regional identity and the intersection of art and science. We felt that providing the Phoenix region with access to the work and thinking of Superflex was an important gesture, as this region has the potential to emerge as a leading self-directed, alternative urban reality, but simply needs more examples of how collective agency and challenges to the status quo can in fact open pathways to a rejuvenated future.”
Especially brilliant is the crew’s video reenactment of “The Parley,” which uses slow motion to bring together the painting’s central figures, a Native American on horseback and a frontiersman. The intentionally slow pace is a driving factor in considering historical accuracies, as you watch the two figures come together. You’ll also see other scientific data and documentation utilized to distinguish the painting in view from the original. 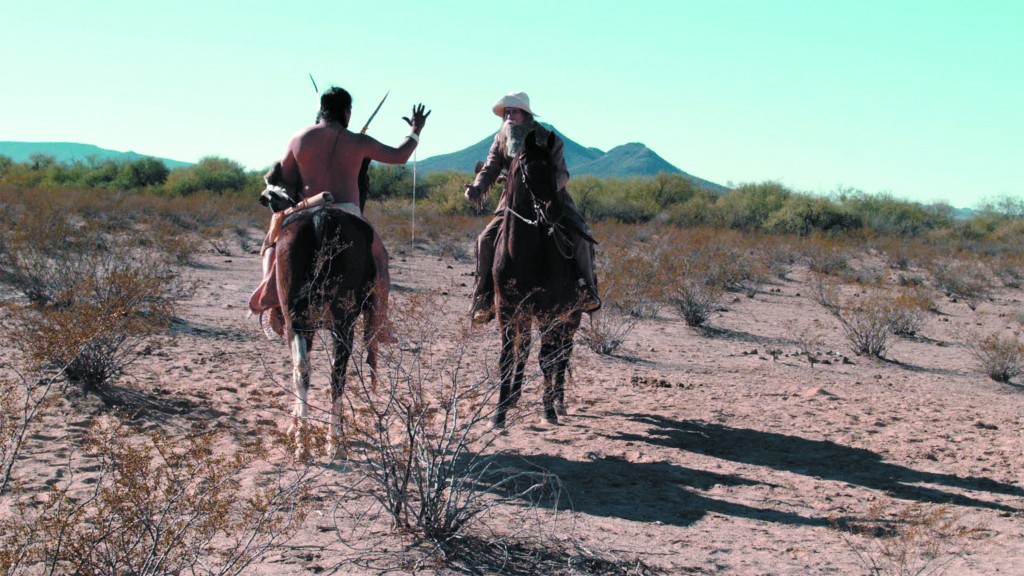 Video still from Superfake/The Parley, courtesy of the artist and 1301PE Gallery