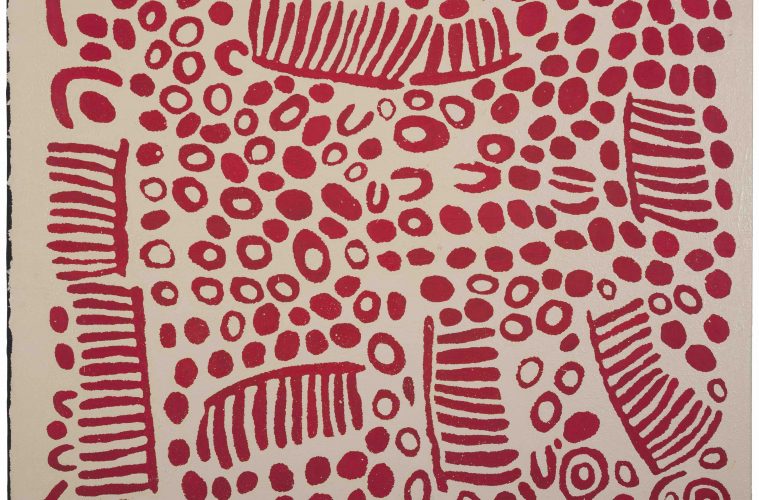 Marking the Infinite: Contemporary Women Artists From Aboriginal Australia is one of the current exhibitions at the Scottsdale Museum of Contemporary Art (SMoCA). It brings together work by nine contemporary artists hailing from remote Aboriginal areas.

This work by artists Nonggirrnga Marawili, Wintjiya Napaltjarri, Yukultji Napangati, Angelina Pwerle, Carlene West, Regina Pilawuk Wilson, Lena Yarinkura, Gulumbu Yunupingu and Nyapanyapa Yunupingu is on a national tour, with this leg including the full spectrum of the collection—70 works in total, many of which are on loan from personal collections, marking the first time they’ve been on public view.

The exhibition includes several of Australia’s most prominent artists, some of whom have works in the Australian National Museum collection. What is tremendously vital about Marking the Infinite is reflected in its title. It is a testament to tradition, drive and perseverance. This work hails from a culture where only since the 1980s have women been able to sell their artwork—and that was only after work by their male counterparts was already in the market. 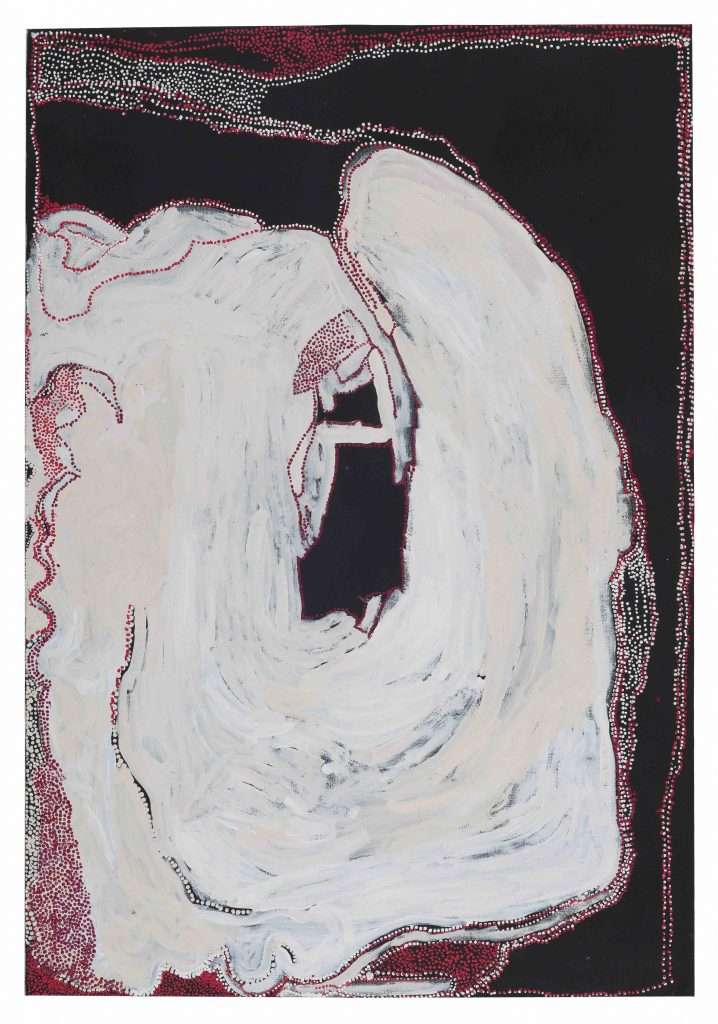 This work shows each artist’s respective strengths and outlines the artists’ personal and cultural histories. This is a dynamic group of women who have numerous achievements among them. Nyapanyapa Yunupingu has exhibited at the Sydney Biennale, and her sister Gulumbu Yunupingu has work in the Musée du quai Branly in Paris. The sisters took their artistic cue from their father—a cultural leader and painter—who encouraged them to follow suit and study him as he practiced the technique of bark painting.

Lena Yarinkura, from the central Arnhem Land, began crafting with lessons from her mother, a weaver. Together, they wove baskets and created fiber animals, building on that familial tradition. But Yarinkura’s need to evolve found her expanding on those initial techniques to play with new stitching and shape combinations. Painting and sculptural work became a part of her artistic toolkit, and she has gone on to utilize some non-traditional methods to create large-scale installations that tell stories of the people from her region.

It’s the intricacies in many of these works that make the exhibition so engaging. There is an attention to detail that is meaningful. Regina Pilawuk Wilson’s large Sun Mat features synthetic polymer paint on canvas that invites you to take a slow journey to its center. That inner point, either an origin or a destination, doesn’t seem to signify a finality, but an option that lets you know exploration is a key part of your trip. Her work has been shown at the Moscow Biennale.

Wintjiya Napaltjarri’s Women’s Ceremonies at Watanuma, an acrylic painting on linen from 2007, shows her ability to make a strong statement through simplicity and starkness. Using a deep red paint on the white backdrop, her delivery is thick and solid. The depth and intention she gives to each of her individual shapes or designs add intention to the inherent conviction. Each design in her work is like a puzzle piece that unites with the others to ultimately form a meaningful pattern. Her heedful compositions come to life, jumping from their canvas homes. 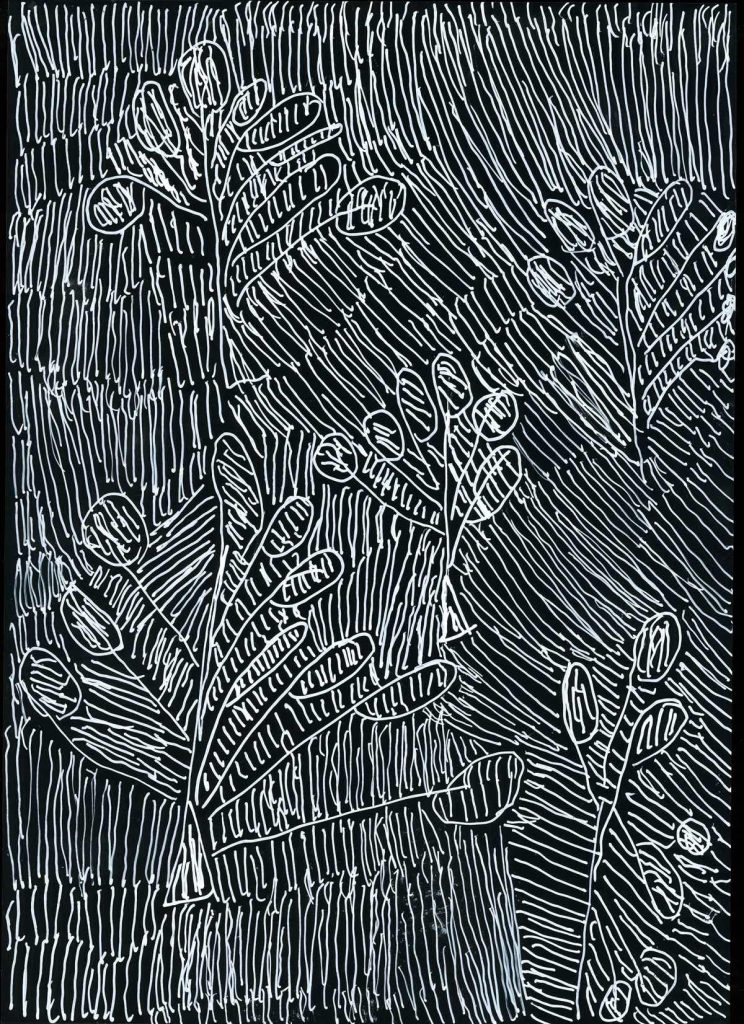 Nyapanyapa Yunupingu’s Light Painting, 2012, Light (or animated white paint pen on 110 acetates) is another work of intriguing starkness. Where Napaltjarri’s aforementioned piece was bold in its starkness, Yunupingu’s piece is equally, if not more haunting. That is partially due to its subtler nature. Filled with loosely precise straight lines that subtly mingle with curvier and motion-filled shapes, there’s a sense of chaos and mystery that is both undeniable and unforgettable.

As we live, we create stories, we observe stories, and we tell stories. This deeply poetic exhibition is an immersion in cultural storytelling through artwork by a fascinating group of women who have embraced cultural and familial traditions. Each one of the artists exhibited here has taken her respective roots by the reins. Each one is an innovator who has expanded on the traditions of her life. They show the value in old stories, they create new stories and important messages, and they explore and develop new processes with the mediums they utilize.