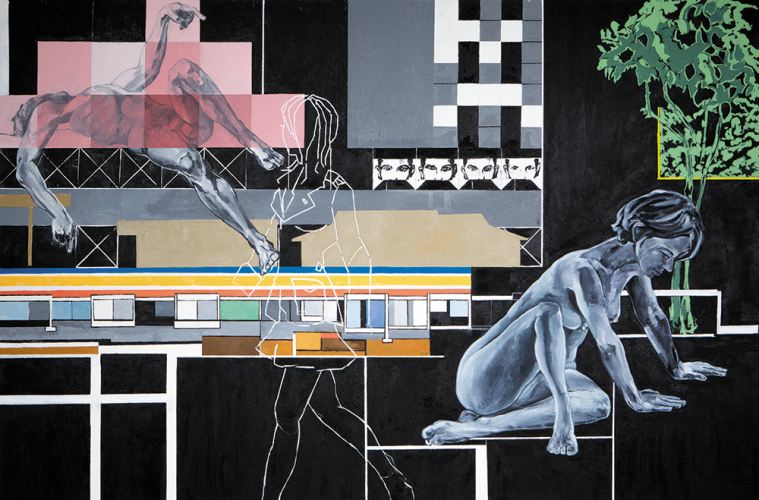 Jenna DuncanJanuary 30, 2016
Art0 Comments
3
1
1
1
1
0
2
There couldn’t be a better time for a critical conversation about community, humanity and the way we fit into the spaces we occupy. Artist Chris Maker opens a show called People, Place and State at the Shade Gallery at monOrchid on Feb. 5. This retrospective covers Maker’s paintings and sketches produced between 2005 and 2015.
For the first few years after Maker completed his master’s degree in architecture (he studied at Taliesin West), not much was happening. Because the field is so project driven, a downturn in the economy can make it difficult to assemble a portfolio. “It’s one of those things where I have yet to see one of my architectural projects fully realized,” Maker says. But the downtime allowed him to create and explore other art forms, namely painting.

These items don’t actually exist in the real world, yet within this one frame—on this imaginary plane—they can.

Maker seems to envision spaces where people move freely and really get the most out of their experience. This is an ideal that stems from the New Urbanism movement, a way of thinking in urban planning that is meant to maximize walkability and the use of public space.

“What I am concerned with, in architecture, is all of the big points: improving people’s built environment, quality of life, elevating daily perceptions, and bringing value out of the environmental context. Further than that, I’m interested in ideas about the creative manifestations of space. I think most people’s idea of architecture is that it is very static, and I am very much into maintaining openness, an open dialogue.” 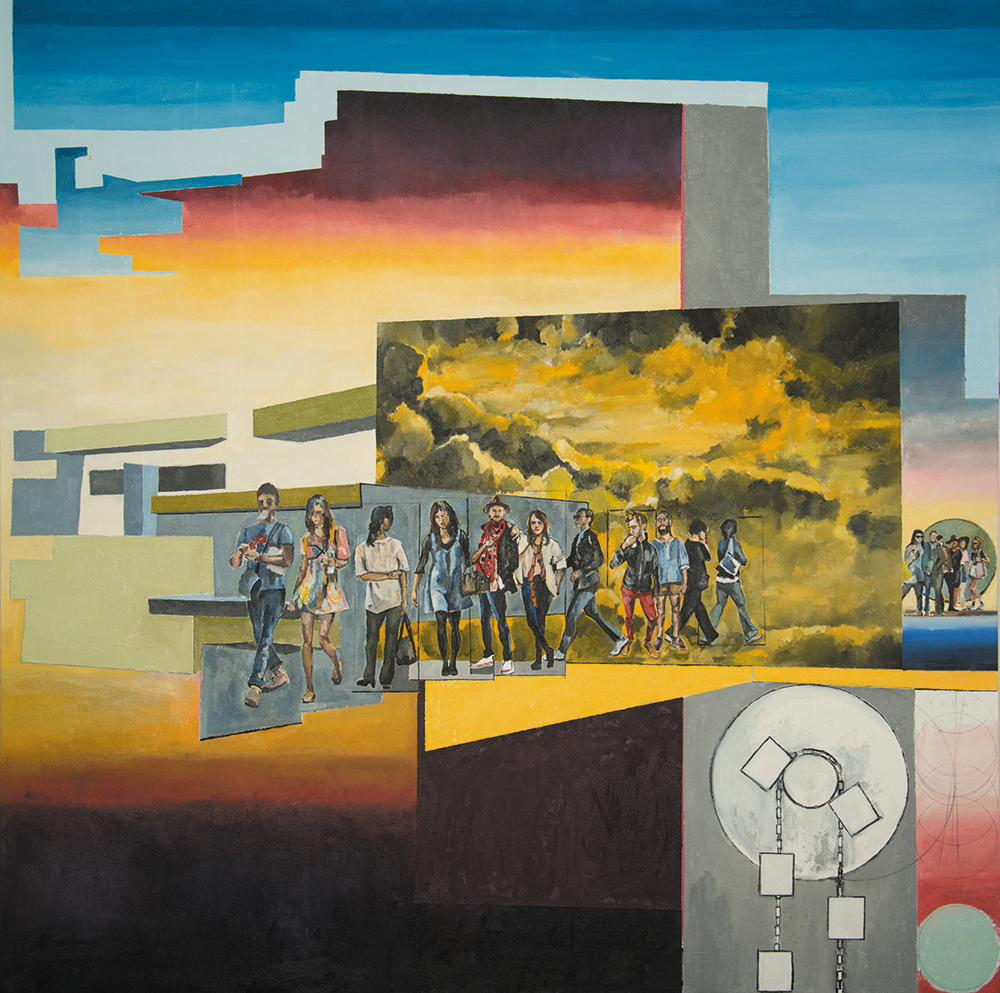 A response from his own reflection and analysis came when Maker was working professionally as civil servant shortly after completing his first master’s degree, in urban planning, in 2004. “This series of works is called Plan’dscapes, which I began after graduating from the University of Cincinnati and moving to Florida to take a job as a planner,” Maker says. Art can be used for examination, observation and analysis, Maker notes. “It’s the first series in which I began to critically examine my own activities as an urban planner.”

In his next series, Maker seems to challenge the very question of what a painting can be. He says everything that went into the first series was very intentional. But in newer works, he allowed himself more openness. Some paintings take three-dimensional renderings—images produced for his work as an architect—and turn them into something new. For example, in one painting, a 3-D rendering of a row of shops on a regular commuter street is straddled by a very polygonal Godzilla who is facing a gigantic Mr. Pac Man. These items don’t actually exist in the real world, yet within this one frame—on this imaginary plane—they can. 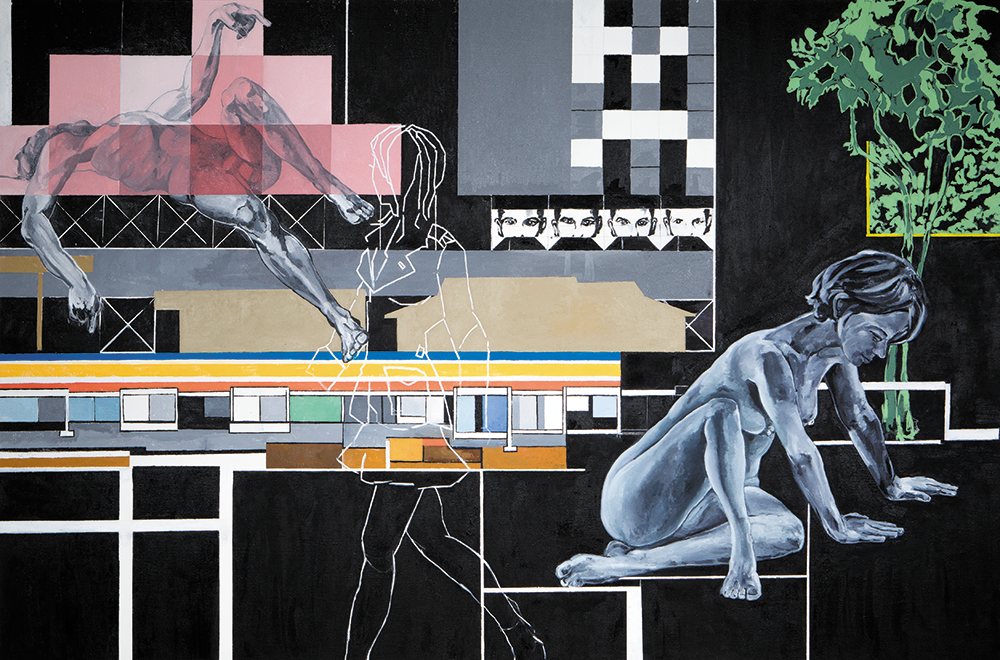 Maker says he has been spending time thinking about the concept of a picture plane—an ancient idea. It’s a problem that goes back to perhaps the beginning of all art: How does an artist take a two-dimensional space and use it to best represent the subject? The difference in Maker’s new work is that it’s a lot more additive and loose. He might have an idea to start, but isn’t locked into how it will end, or what elements might end up on the canvas. Maker’s retrospective will also feature a selection of his sketches and process drawings.