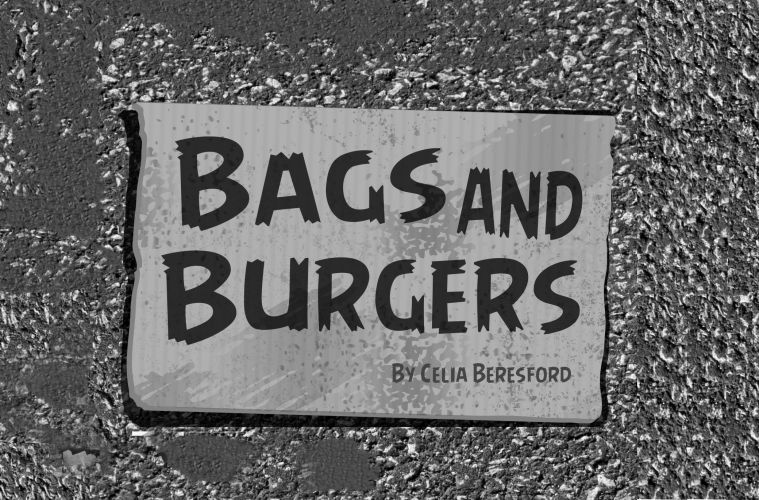 It has been cold for us Valley people this winter. I do not like having to wear coats and cover plants and all the other things people in cold places have to do. So I was really happy the other day when I could drive with the car windows down. Then, the worst thing happened. I was driving along, enjoying the sweet breezes and I saw a plastic bag in the middle of the road with remnants of who knows what on it. It danced in the air, and kept on dancing, right into my window and landed in my lap.

Okay, the truth is, it didn’t really get inside—a swift wind saved me at the last second. BUT, I watched it lift off the road, sway and then come straight toward me. It was like a monster coming my way, and I couldn’t move from my seat because I was driving. It came right to my door and the thought of the grossness almost caused an accident. It was like an inch from coming into my window, this bag possibly filled with leftover grease or smudges of dog poop.
The contamination factor was pretty overwhelming. It was a near miss, so it was like it actually did come in. I think I may have mild PTSD from it.

It came right to my door and the thought of the grossness almost caused an accident. It was like an inch from coming into my window, this bag possibly filled with leftover grease or smudges of dog poop.

Here’s the thing, I was such a baby pants over this bag trying to be my friend like a lap dog, but I shouldn’t have. I honestly acted like a freak for about an hour afterward, thinking about all of the potential grossness instead of the fact that nothing actually happened. Such is our privileged life; it’s kind of pathetic. I happen to have been driving to yoga, so I figured I would sort these issues out while getting deep as hell into some poses.

On my way home from work I always pass a Burger King but the smell doesn’t seem strong enough to permeate my clothes. On the corner, there is a man with a sign that says “Just hungry. Anything will help.” I see him every single day on the way home. It makes me sad. And every day I’m like, today’s the day I’m going to give him the apple or orange that I didn’t eat for lunch. But every day I get all shy and nervous and don’t give it to him.
Am I supposed to call him over and say “here’s some fruit”? I can’t help but think he’d be disappointed. I know he says anything will help, but I think that he’s looking for something more like a Fry’s gift card or like a half-sandwich or something. I’m thinking, maybe I can just gently toss the fruit from the car, but that just seems rude, even with my best intentions. He makes me nervous—not in a scary way—but nervous that I’m going to let him down with whatever I give.

There are a lot of sign holders now. Back in the day, it seemed like they were only on Mill Avenue. Now they’re everywhere—a sign-holder epidemic. When I first graduated college, I had a job at a woman’s DV shelter. Some of the ladies who came in told us the way they generated income was from “flying a sign,” and most times there was a pimp-ish person who would assign them different spots and then collect the money. Ever since, I’ve been hip to the lingo. When I see someone flying a sign, I feel like I know the backstory. But this guy at Burger King, and all these people on corners, definitely do not seem pimp-connected.

I know the good thing would be to give the man a sandwich or some cash. When I thought I might win the billion-dollar Powerball, he was an important part of how I planned to spend my winnings. I was like, okay, the Burger King guy is going to get a nice chunk and he can do whatever he wants. He seems like he might have a little mental stuff going on, so I worried about him squandering the cash. Still, I decided it was his to do with whatever he decided. Then I imagined him getting some mental health services, we become friends and maybe one of us writes a book about our unlikely friendship. Maybe there is a kitten involved.

That would be a very nice ending to everything: The bag never makes it inside, and the Burger King man gets a cute apartment. Unfortunately, I didn’t win the lottery, so I can’t give him an apartment. Next week, when I drive home I am definitely going to give him something. It won’t be a hamburger or a kitten, but it also won’t be a scary plastic bag.