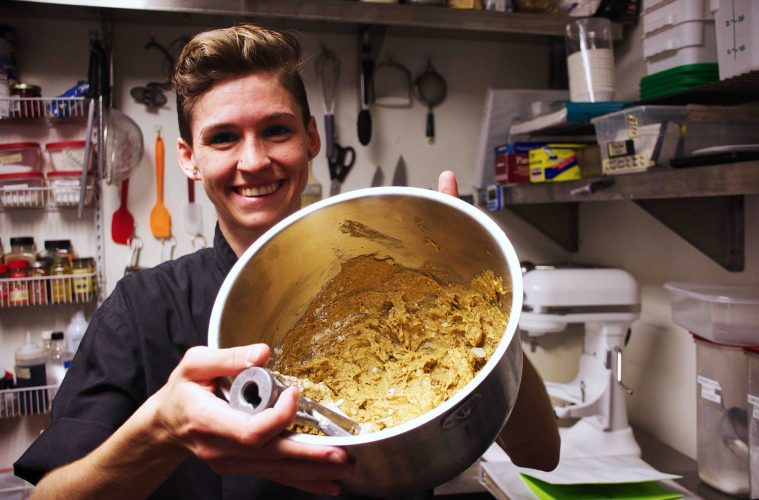 Annalisa Macaluso took a roundabout path to discover her love of baking. With degrees in fine art and small business, Macaluso transitioned to working in several local bakeries, making American-style breads and pastries. Her current love is experimenting with naturally leavened bread. Instead of using commercial yeast (which is reliable and fast but adds very little flavor to a recipe), she uses sourdough starter to create her bread.

Sourdough has an unfair reputation for being overly acidic. So Macaluso is currently testing recipes for a new organization that she can’t name just yet, experimenting with ratios of different types of flours to get a balanced, complex flavor profile that tastes more like its source flours than its sour starter. Her tiny countertop is lined with flours, including Bob’s Red Mill, King Arthur, and locally grown Hayden Mills. She’s recently added malted barley flour to her list of staples because it adds an anchoring bottom note to the bread. 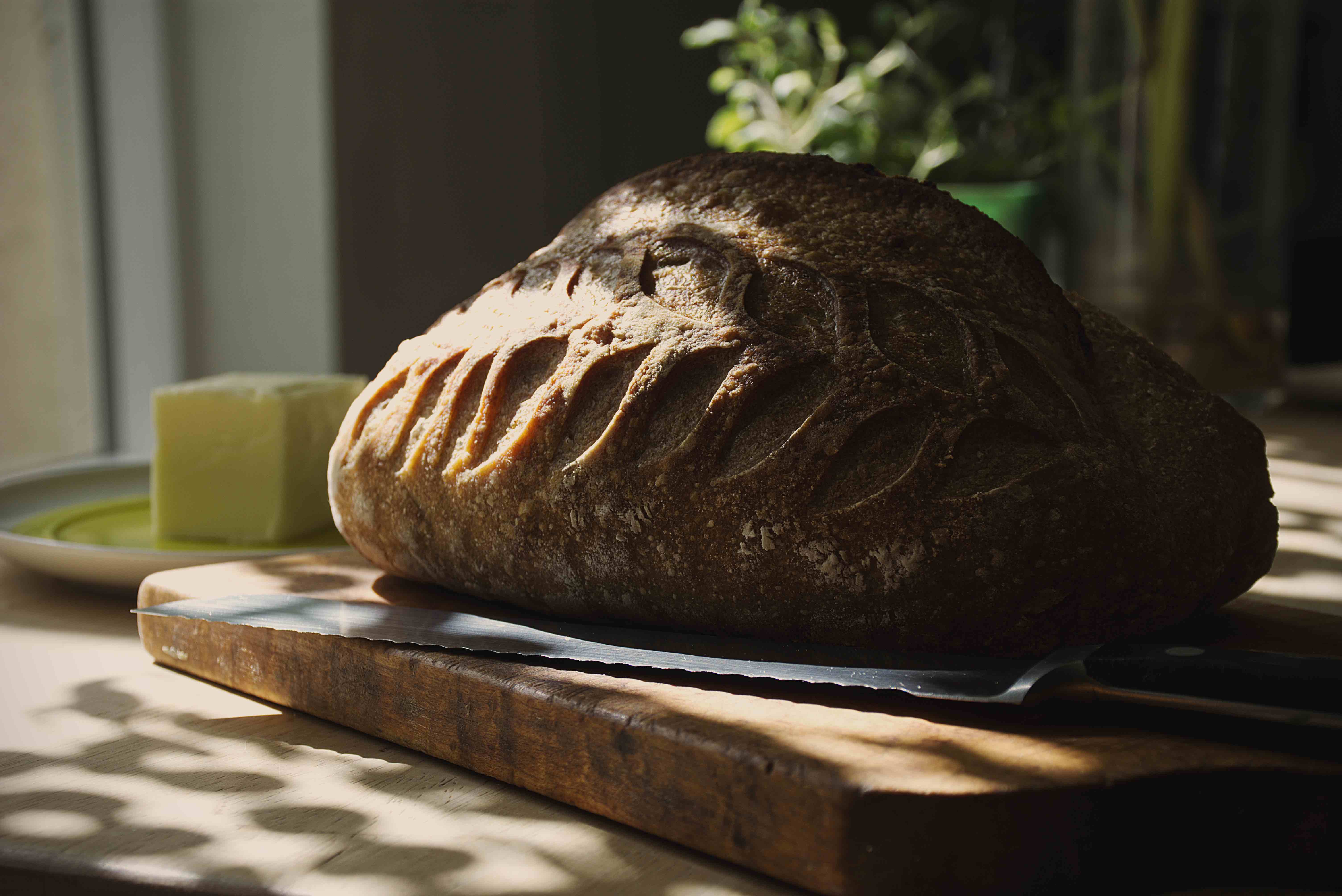 Macaluso has a three-day process for creating her sourdough bread loaves. Over a couple of days, she feeds her starter about 50 grams of flour seven different times to get the starter’s yeast microorganisms activated enough to raise the bread. Once the starter is fully active, she creates an autolyse, which mixes the water and flour, while omitting the salt that would slow down the micro activity she’s built. The autolyse phase can last anywhere from an hour and a half to eight hours. During that time, the dough sits fermenting in her home kitchen’s refrigerator, developing a mellow flavor that Macaluso calls “cereal-y.”

“That comes from working with Ian Lowe, who says all your bread should fall on the Kellogg spectrum. Bread should taste like the flours you use,” she says. Macaluso took a three-month trip to work with and learn from Lowe, who used to live in Phoenix but now runs Apiece Bakery in Tasmania. Lowe is a world-recognized authority on naturally fermented breads. 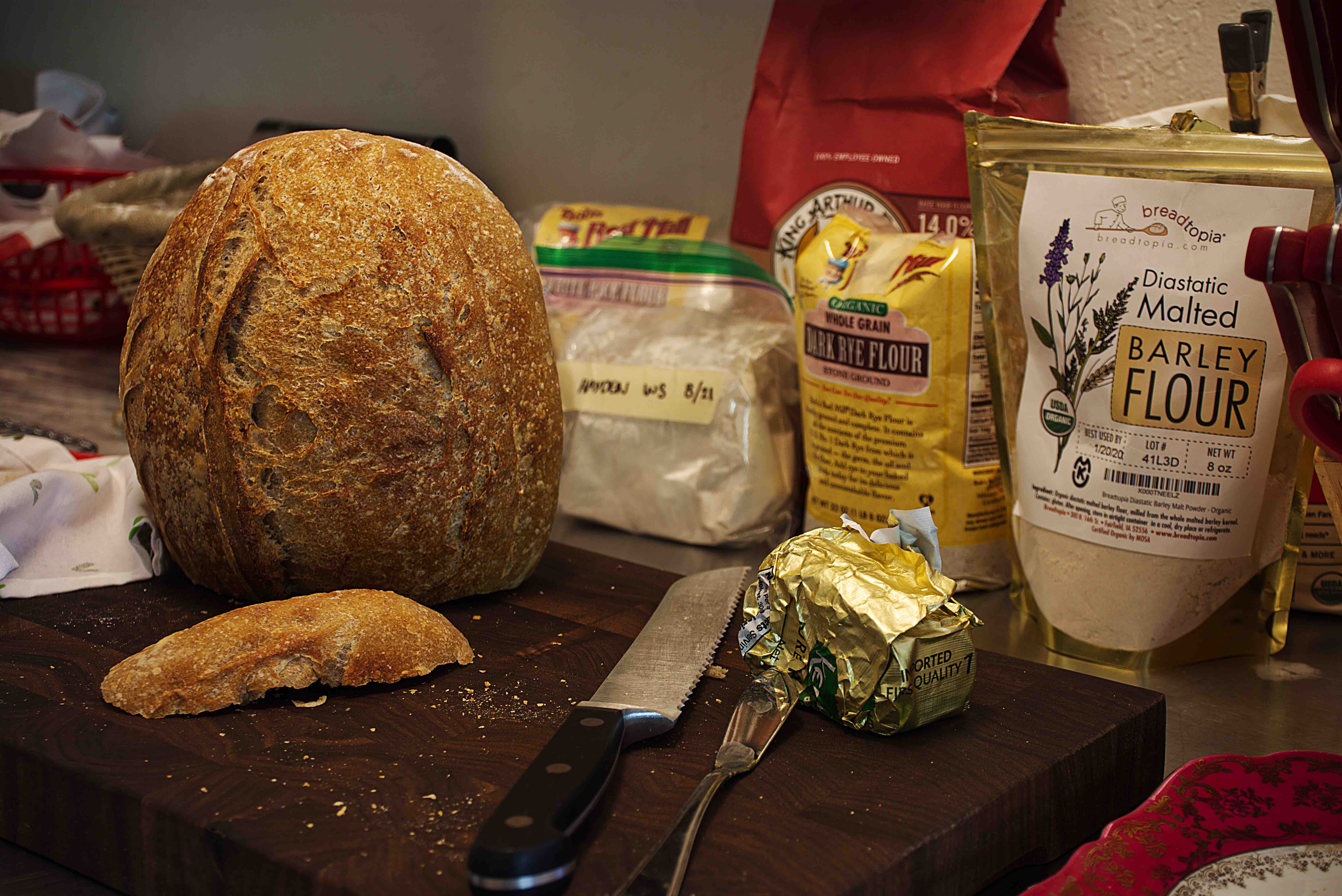 Using an autolyse to create flavor has another benefit, according to Macaluso. It can reduce or even eliminate the necessity of kneading the bread. Instead of using friction to develop strength in the dough, giving it a delicious chewiness and lightness, the autolyse uses natural chemistry to develop dough strength. This is especially important when you’re working with whole wheat loaves because the wheat bran and other non-soluble fibers interfere with dough strength and can give it the heaviness some people associate with whole wheat bread.

After the autolyse period, Macaluso adds any remaining ingredients and then forms the loaves. When the loaves are ready to go into her home oven, Macaluso preheats it and a covered cast iron Dutch oven that will help the dough retain moisture while it finishes rising in the hot oven. Macaluso removes the cover halfway through to let a crispy crust form on each loaf. The result is a loaf with a crackly crust and a tender crumb that smells rich and earthy. And although she uses no preservatives, her careful natural leavening process means her loaves will last for days.

The lines at La Belle Vie Bakery’s booth start forming before the Gilbert farmers market opens at 7 a.m. “People tell me they know I won’t be ready to open for a while. They want to make sure they get their favorite viennoiseries,” says Nathas Kraus, La Vie Belle’s owner and baker. 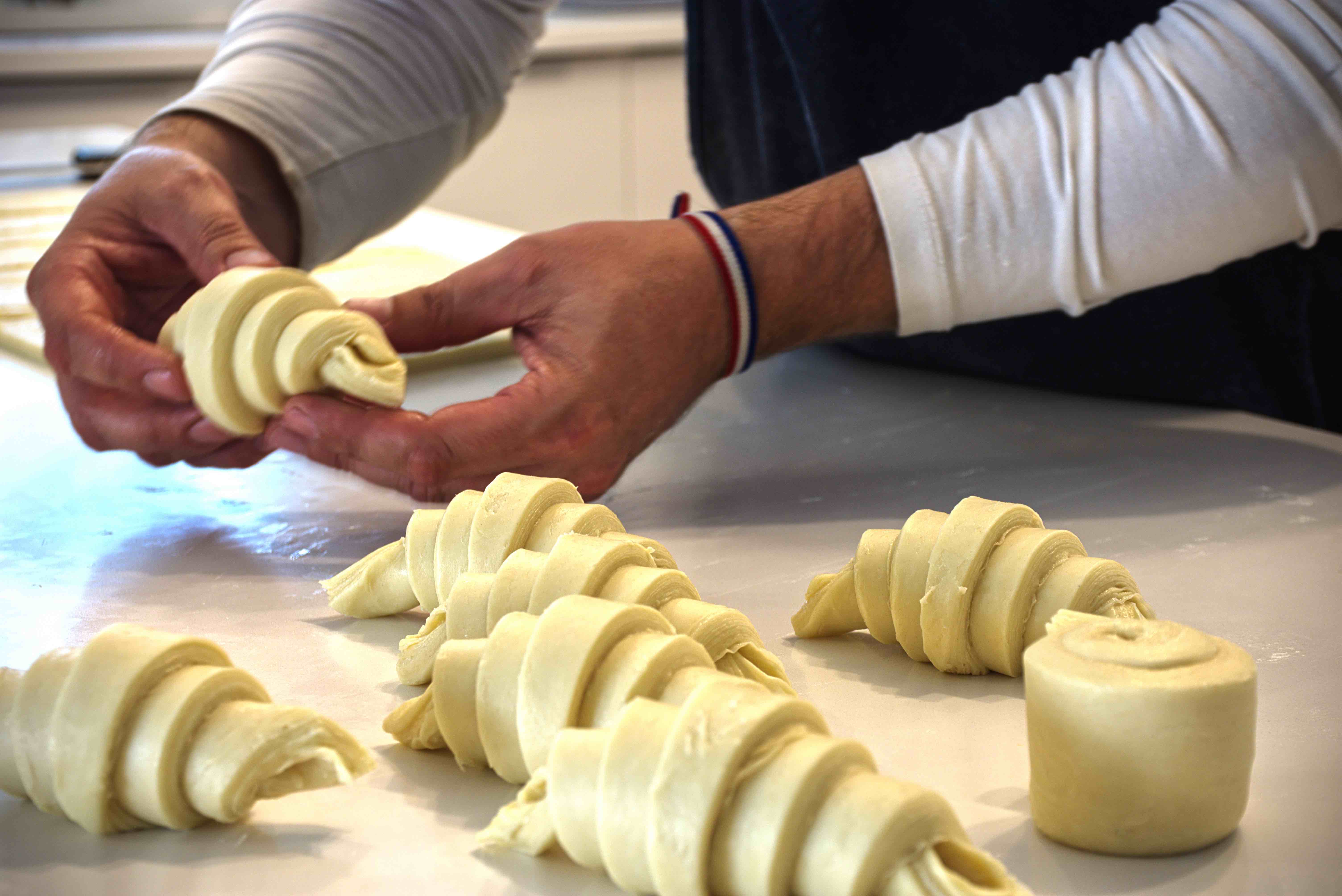 The line is steady all morning, at least until just after 9, when the nearly 500 pieces Nathas has single-handedly created are all but gone. Patrons chat with each other about their favorites. As each customer happily departs, often cradling multiple bags, remaining customers crane their necks to count the remaining pieces. The lucky customer who snagged the final almond croissant didn’t gloat, but was visibly, understandably delighted to have the last of a pastry that, when done correctly, takes four days to make.

Everything at La Belle Vie is done correctly, with a mixture of respect for tradition and a love of modern flavors – despite the fact that Kraus isn’t formally trained as a baker. Like so many mid-life career switchers, the path to doing what you love can seem circuitous at first, but streamlined and inevitable in retrospect. Kraus was a Swiss national working in finance in France when he met his wife, Kim, a multigenerational Arizona native who was also living there. Shortly after their son was born, they learned he had a rare genetic mutation that was difficult to treat in France.

“It was easy to decide to move to the United States, because he could be treated more easily here. My biggest concern was whether I could find good cheese,” Kraus said. Turns out that the cheese was the easy part. “I couldn’t find good bread.”

So Kraus started baking his own baguettes at home. He was burned out on finance work but needed something to occupy his time while he decided on his next career move. “When I put my hand in the dough, I was hooked. It changes you. There wasn’t a week where I didn’t improve.” 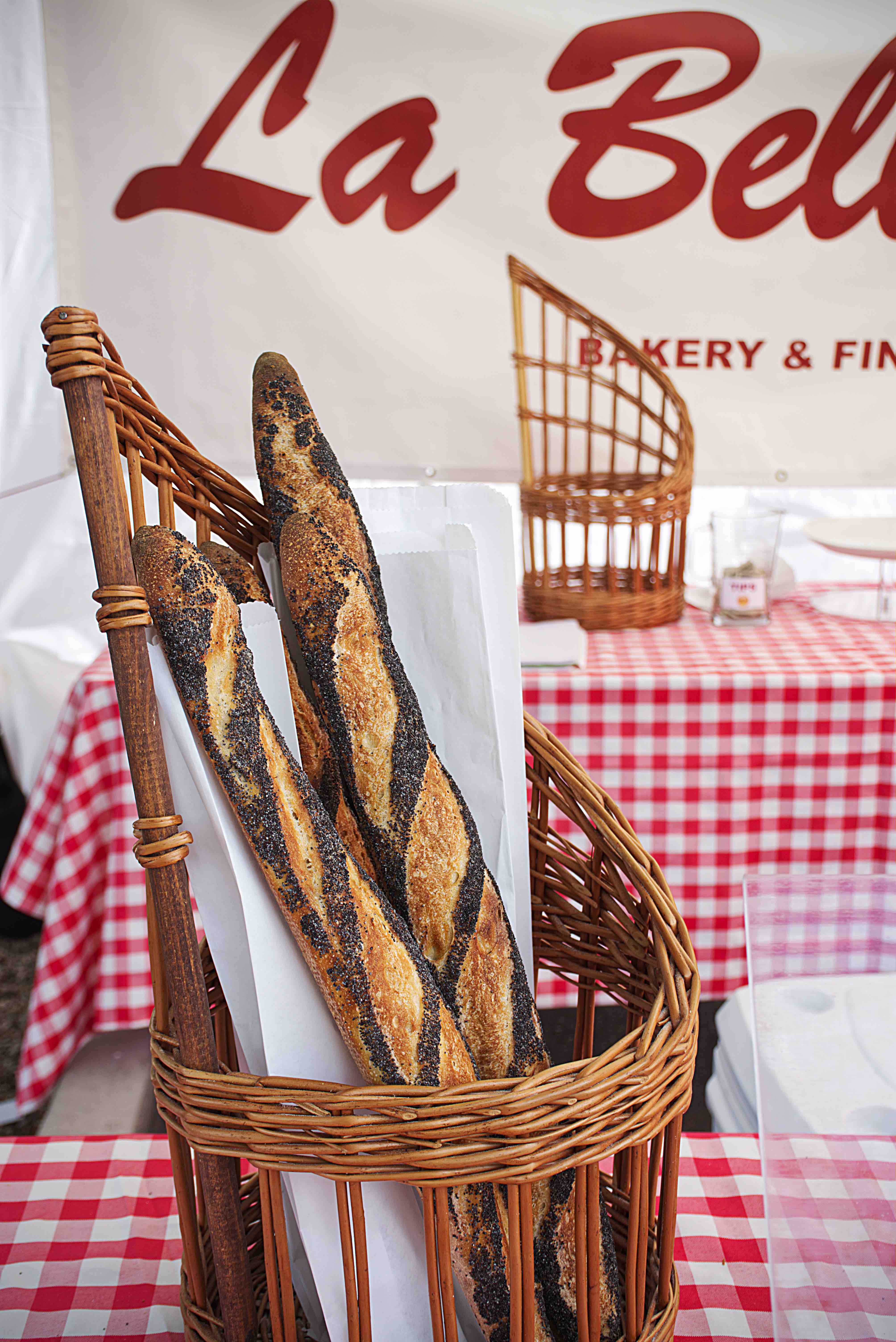 Kraus applied Swiss accuracy to French methods to come up with techniques he could apply in his home kitchen, while also experimenting with different flours and recipes until the bread met his standards.

After perfecting the baguette, Kraus moved on to a bigger challenge – laminated dough pastry, called viennoiserie. The most well-known of these pastries is the croissant, but bakers create a whole family of pastries by forming the dough into different shapes and adding toppings or fillings to create a variety of delicacies.

“The croissant is the king of pastries,” says Kraus. “That’s because of the technique, but also because you can’t hide technical problems or bad ingredients with a filling. You can know everything about a baker by their croissants.”

At La Belle Vie, the process takes three days. Dough is made on the first day. The second day is for lamination – pounding butter into shape and layering it with the dough – and shaping and filling the pastries. The third day is for baking. While you could make small batches of pastries in a single, very long day, it’s the hours of resting between each process that let the dough relax and remain tender. Plus the extra time allows the pastries to develop the distinct, complex flavor that comes from using simple, excellent ingredients.

Kraus was determined to use American ingredients to showcase his French pastries. American butter, with its high water content, doesn’t stay solid in the oven long enough to let the layers rise properly. Kraus tried several European-style butters with lower water content, but they didn’t give him the results he wanted, either. He finally found a locally sourced butter that performs well with his choice of flour. Finding flour with the right amount of protein for stability that still produced a tender croissant was another adventure that fitted in with Kraus’s admitted OCD tendencies. 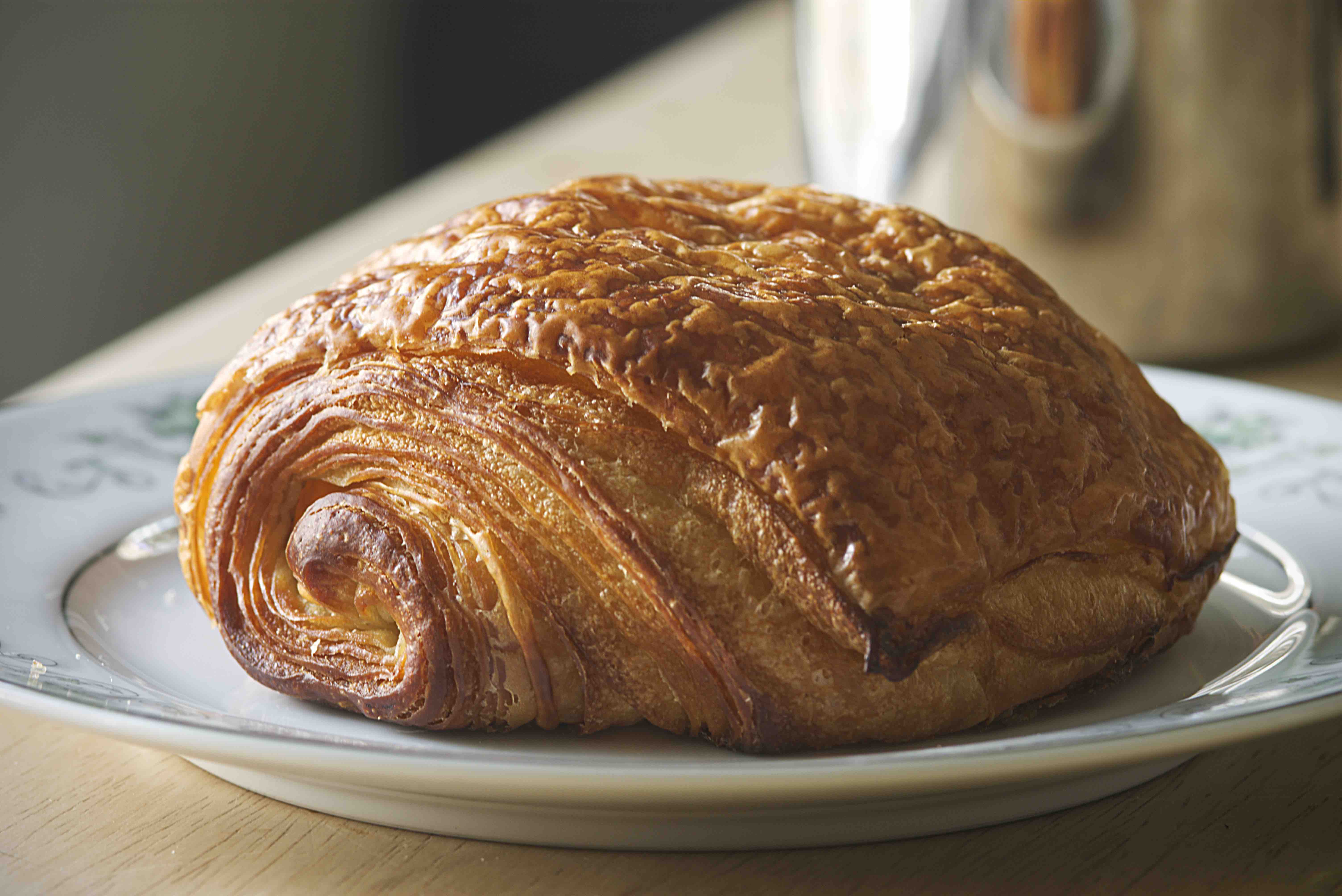 “It’s necessary to be really precise. I want people to know that we can create great pastry using only American products. It’s an excuse to say that you can’t make excellent viennoiserie without using French ingredients.”

Kraus’s results were so good that friends encouraged him to sell his work. La Belle Vie Bakery was born in early 2018. Over a year and a half later, Kraus is still working from his home kitchen, where he meticulously adheres to the “cottage food” laws that regulate food handling and approved products.

“It’s like playing Tetris. I’m constantly moving things around so they fit. I know that I could do so much more in a commercial kitchen,” he says. But it’s a big leap from working alone to hiring people and paying rent on a retail space. So he’s currently considering several options, including moving from Scottsdale to a city like Tempe that allows garage baking, or finding a commissary kitchen to share.

As the lead baker at Songbird Coffee and Tea House, Sydney Allen also works out of a tiny kitchen that forces her to be efficient. Not that she appears to need much prompting in that direction. Her movements are quick and precise, and the kitchen is well organized, with everything in arm’s reach. 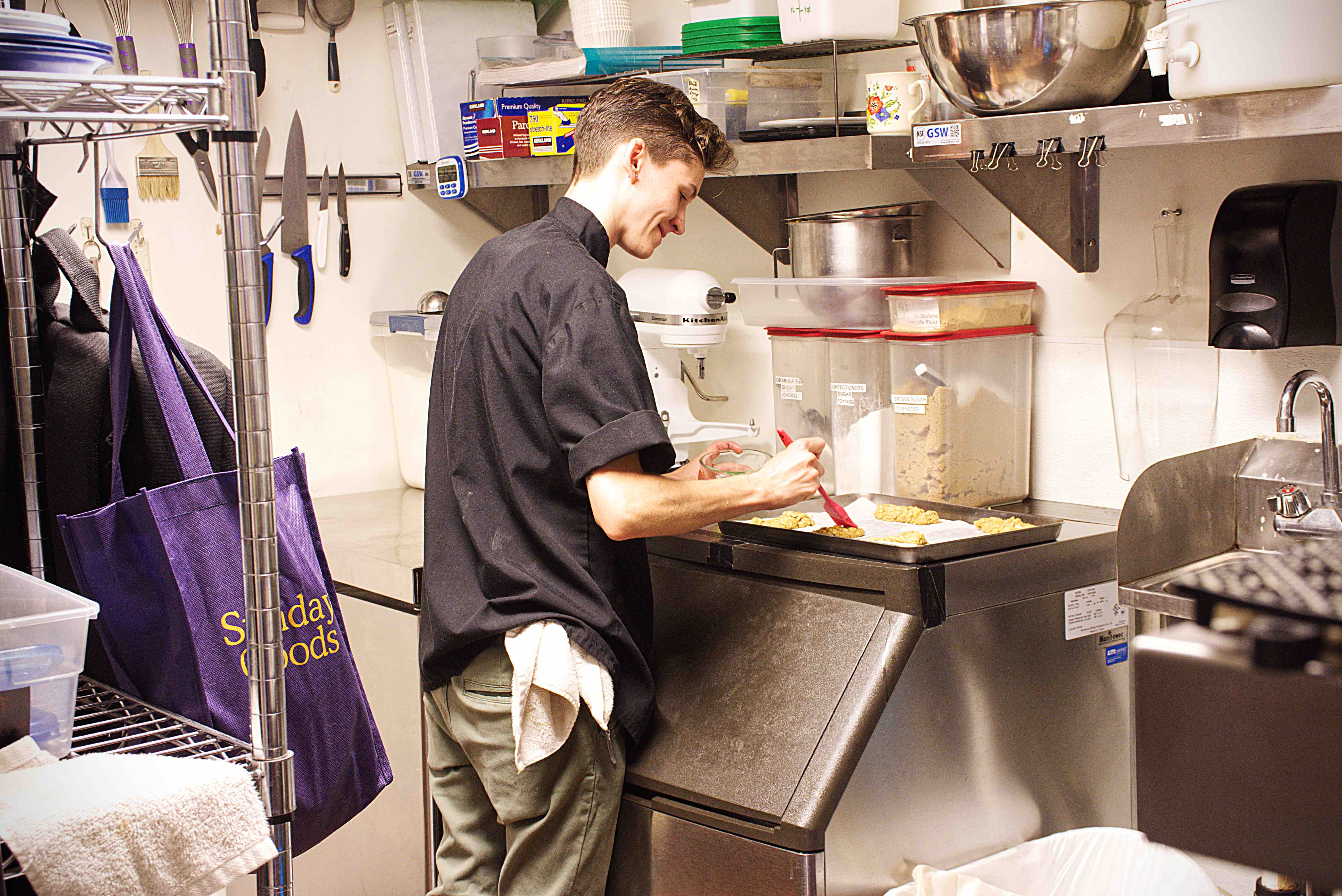 Sydney Allen in her Kitchen, photo by Susan Allred Prosser

“The space here is my biggest challenge. I have every other resource I need. My boss [Erin Westgate, Songbird’s owner] asks me what ingredients I want, and she gets them.”

Allen says her focus is on creating interesting flavor combinations. Mixing the ingredients for a batch of biscotti made with mesquite flour and almonds, she says, “I try to do something different than people might see other places. I’m looking for comfort, with an interesting twist.” 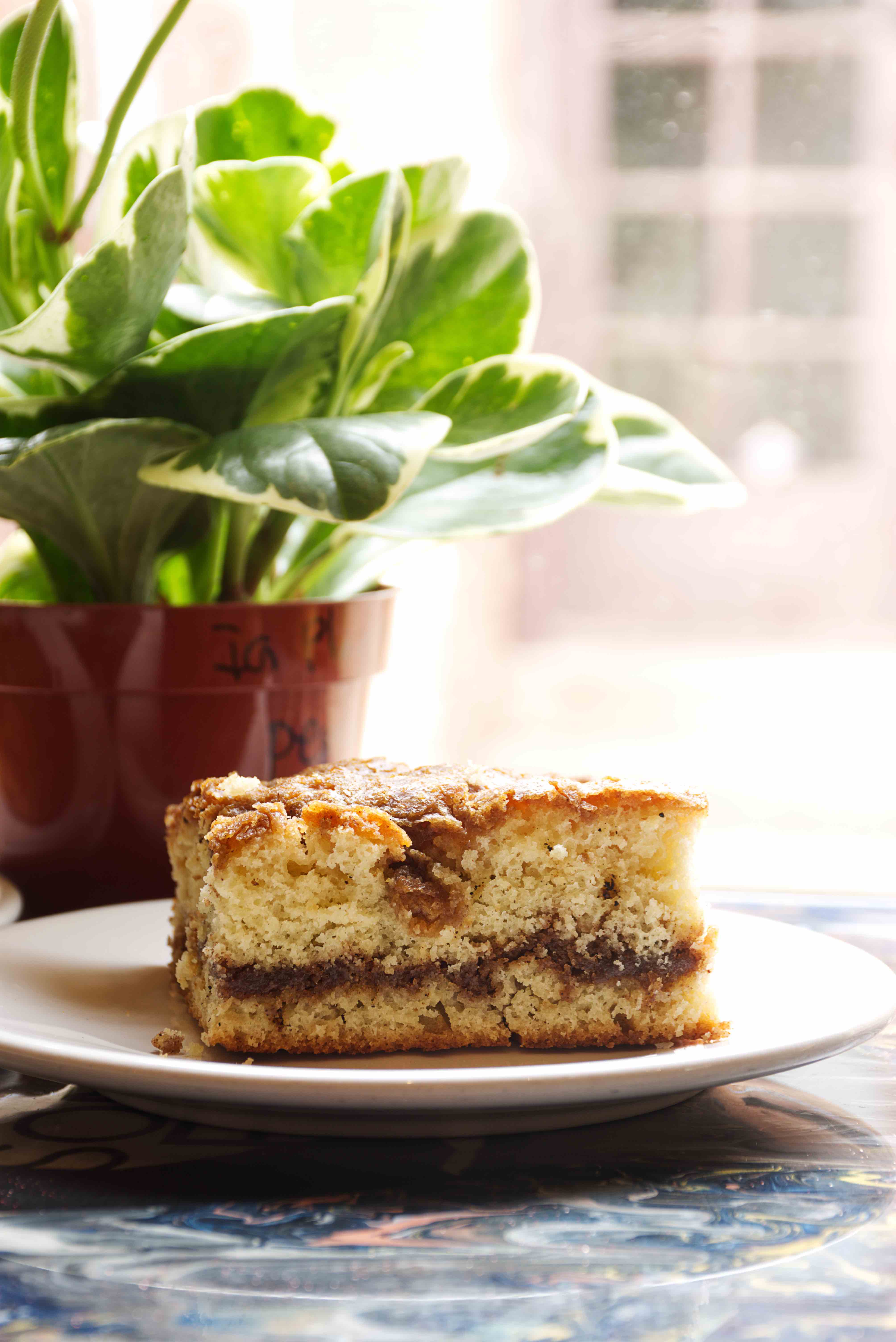 Like Kraus and Macaluso, Allen loves baking for its mix of science and art. “I fell in love with baking in culinary school,” she says. “It’s all about chemistry.” Using interesting ingredients like the roasted tomatoes and charred onions for her savory scones, Allen might have to tweak the recipe a few times to get the taste and texture she wants.

There’s ample opportunity for tweaking, since all Songbird’s products are made in small batches that Allen replenishes throughout the day. In the morning, Allen makes fruit turnovers, brown butter coffee cake, and Nutella pop tarts. Brown butter is also used in Songbird’s chocolate chip cookies. Allen finishes them with Malden sea salt flakes, which have a mild, clean flavor. 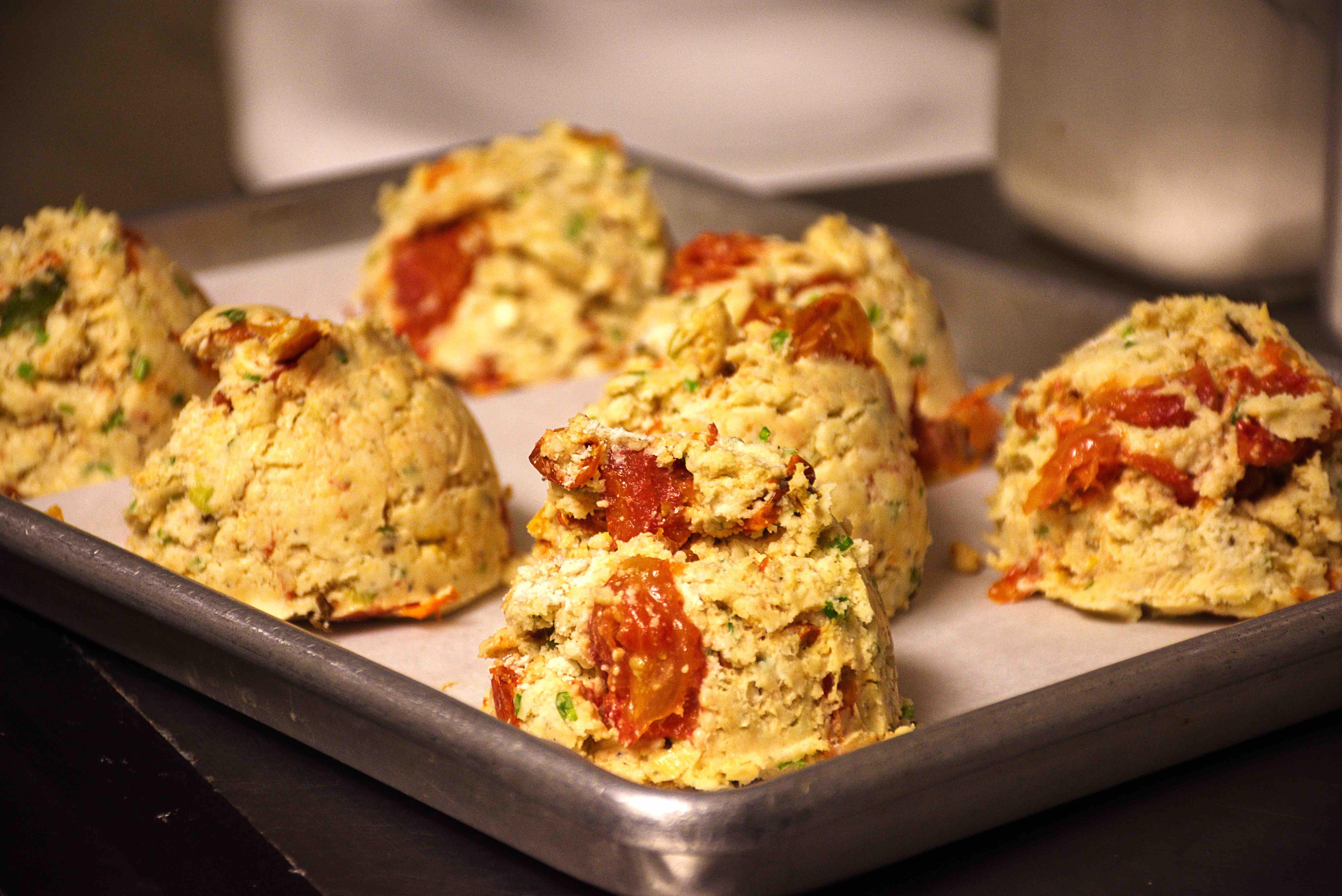 Though she’s only been baking at Songbird for a few months, Allen has plans for expanding the product line and paying more attention to sustainability in the kitchen. She’s researching ways to store ingredients without using plastic wraps. And she likes to source local products, like the La Madera Mesquite Flour, from Tucson, that she uses in her biscotti.

Macaluso, Kraus, and Allen prove that whatever your specialty, you don’t have to take a traditional path to elevate the baking arts. You can go to culinary school, but that’s not a requirement. You can work for a big operation, open your own cottage business, or freelance with established restaurants. You definitely don’t need a huge commercial kitchen. What you need is passion and a respect for tradition. Just as important is an understanding of how to tweak tradition to make great products that satisfy your customers.