Here it comes again. I can hear the sleigh bells ringing and the cash registers clinking; Christmas is here again. I love Christmas. On Halloween I get sad because no little kids wear homemade costumes, and on Thanksgiving I have an ethical quandary with the whole “let’s eat, then we’ll kill you” part. But Christmas? No way. Christmas is 100% fun. Maybe it has something to do with the intersection of all things great—food, friends, family and presents. And don’t forget wine.

I have written about some of the things I did as a kid for Christmas, most memorably, the “quarter pull” where drunk relatives gathered to watch my siblings and I dig into a glass jar of quarters to see who could pull out the most money and subsequently try and steal from one another. The pull gave us money to buy presents for family and friends. One of my favorites, a note pad covered in purple plastic that said “Gag Me With a Spoon.” I gave it to my friend Lisa Billingsley. Everyone was pretty jealous of that one, obviously.

As a kid, writing Christmas lists was basically the highlight of the entire year, and I don’t know about you, but I certainly spared no desire. I had no limit to the number of items, and cost was no object in my mind—clearly, because one year I asked for a golf cart. And I was serious as hell. Let me tell you now, this idea was ahead of its time. People didn’t roll around on carts in the hood the way they do now. Although I approached my Christmas list in the vein of “ain’t no mountain high enough,” my parents did not feel the same and I did not get a golf cart.

I think I know what the kids are going to be asking for this year. You know, there is always the hot-ticket item that parents are throwing themselves at the mercy of the crowds to get their grubby mom-and-dad hands on, hoping that their kids might like them more, which I understand. They weren’t my proudest moments, but I have resorted to buying my daughter’s love on holidays—especially as she’s gotten older and isn’t so impressed by me anymore. Anyway, here is what the kids want: hoverboards. But here’s the thing, I am not OK with: calling them hoverboards.

There is always the hot-ticket item that parents are throwing themselves at the mercy of the crowds to get their grubby mom-and-dad hands on, hoping that their kids might like them more.

Here’s why: Marty McFly and Doc promised hoverboards to us in Back to the Future 2. They said we would have them, and we saw Marty zipping and hovering all over the town on his. It was fast and fun. It literally did hover. And, it did not have wheels. Marty’s hoverboard did not look like these current fancy skateboards that are prancing around, masquerading as hoverboards. These things should be called lazyassboards because you can walk or ride a bike faster than getting around on these things.

In Back to the Future, the hoverboard moved Marty’s ass around at top speeds. That thing looked fun as hell. The word “hover” implies you will be sort of flying, but just really low to the ground. It’s like we’re not quite ready for jetpacks, but working on it with the hoverboard—or we should be. These fake hoverboards we see people around on today are a total misappropriation of the word.

What are we going to do when real hoverboards get invented? Call them SuperHoverboards? No, that’s not right. And P.S. I have not seen anyone but semi-fatties on the fake hoverboard. All I’m saying is, we all need the exercise people. Rolling along slowly on a sideways skateboard is not helping anything. Can very big people ride the lazyboards? Or will it just stop and seize up? There must be a weight limit or something. You know, it’s not a jet engine in there. It sounds like a remote control car when a fake hoverboard goes past. It’s a low-pitched whining sound. You can actually hear the engine crying about having to roll these people around. 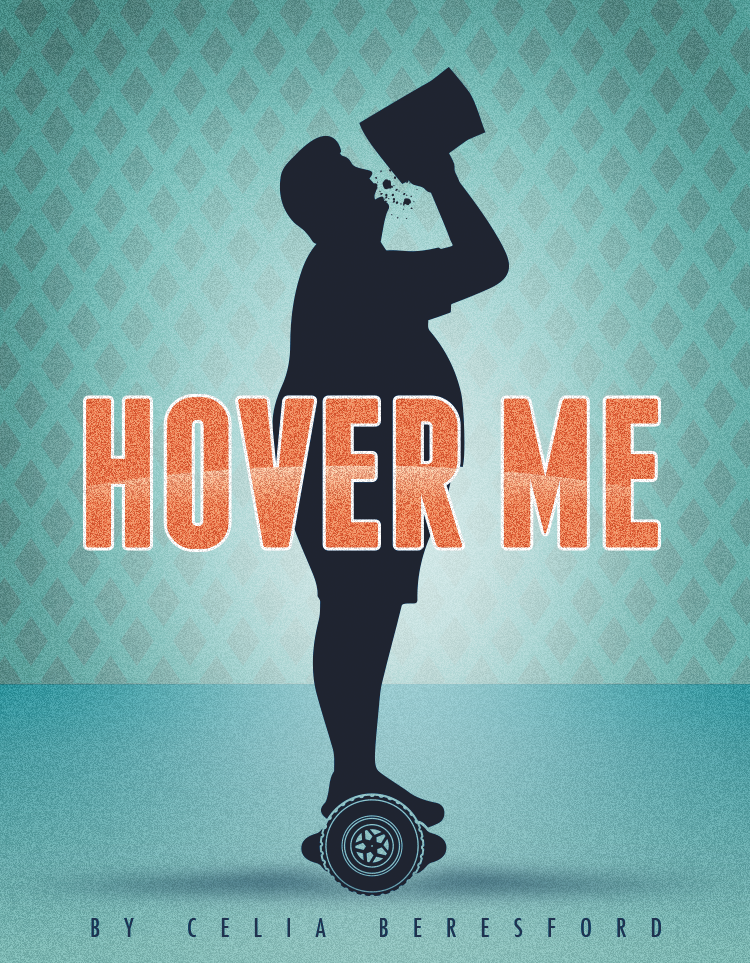 Besides all this, aren’t we supposed to be happy we can walk? I thought that not being able to walk was a thing that we did not want to happen. I need to clarify here, that if it was a hoverboard like the one that Marty McFly had, I would not be in such a twist. I get it, wanting to be fast and fun; it’s just that this contraption they are promoting for the holidays is not that. And what happens when you’ve scooted yourself to the store and your power pack runs out? A real skateboard won’t let you down like that. The current fake hoverboard doesn’t even have a back-up option.

So, you know what everyone else wants for Christmas, but not me. If you were wondering, I am still hoping to gather funding for my golf cart. The only thing is that I want it to be solar powered. That way, I can go fast but avoid getting stuck at Fry’s due to a battery situation. If I see you riding on your flashy hoverboard, I will pick you up and make you watch Back to the Future with me, so we can talk about how to move forward on the production of a hoverboard that Marty McFly would be proud to ride.