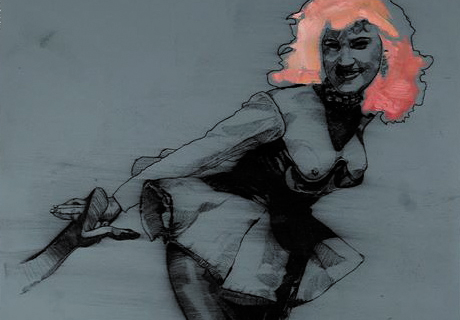 Bisbee, Arizona, is a former mining town and home to a small community of artists and freaks who enjoy a colorful nightlife.

It was a shock to many members of the community when Kasper’s figurative paintings were slammed by some locals as too “pornographic,” and the landlord of the Windows Gallery ordered gallery co-owner Meggen Connolley to take them down.

Especially surprised was the artist, Eric Kasper, who opened his show in Bisbee Nov. 14. “Everyone thanked me for bringing it down there and told me how great it was,” he says. “I left Bisbee thinking it was great.” But actually not everyone thought it was so fantastic. In fact, within 48 hours of his opening, someone passed by the gallery windows and was aghast at what she saw. She took her complaint to the landlord, and he and the owners called a meeting.

In the meeting, building manager Scott Ries demanded the painting come down.

Gallery and small business owner Connolley refused. Ries then demanded six more drawings and a painting also come down. Again, she said no. “She said if you try to force me, I’m not going to rent from you anymore,” Kasper explains.

“Essentially what happened with Eric [Kasper]’s show was that Scott Ries, who represents the building management, came into the meeting and wanted seven of Eric’s pieces removed. And there was no compromise,” Connolley says. As a response, Connolley and her husband, Eric Meyer, decided to close the gallery.

Connolley is a clothing designer who ran a boutique, Magnetic Threads, out of Copper Queen Plaza for years. Windows Gallery had not been around Bisbee for that long. Their first show was in June of this year. “We started renovating the space in March, which took a couple of months. We had the first show in June and then the last one November 14.”

The painting in question is called “Photograph.” It depicts a grown man and woman with children on leashes. “The female child is in a very submissive position,” Kasper describes. “The boy looks like he’s about to mount her.” But the painting was meant to be something of a joke.

“I tried to use the image to get attention—which I guess it did!” But Kasper had hoped people would look at the painting a little more deeply instead of sparking feelings of disgust and offense.

To him, the image contained many personal as well as political messages that he feels the painting’s detractors overlooked. “This painting is about close-mindedness in a religious upbringing. It’s about fighting gender roles that are assigned at birth. And it’s about the homosexual struggle.” 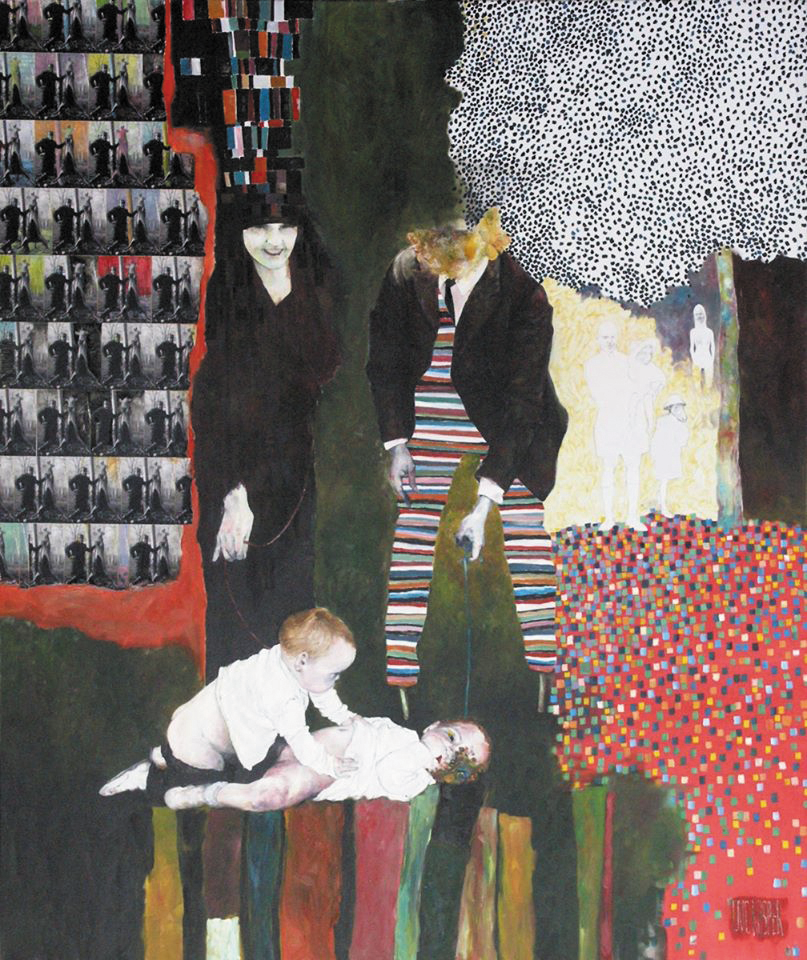 Kasper says that he is disappointed that the community’s battle over his painting and drawings resulted in the gallery shutting down. “That was their dream, you know? They open this art gallery and think everything is fine, and then they’re faced with this censorship,” he says.

Kasper describes another viewer’s almost polar-opposite reaction to the painting at the opening. She was drawn into the painting so deeply that she sat on the ground and cried for about 10 minutes, he says—purely out of appreciation.

“It’s strange that you could get two completely different reactions just days apart. But I guess that’s what I love about art.” 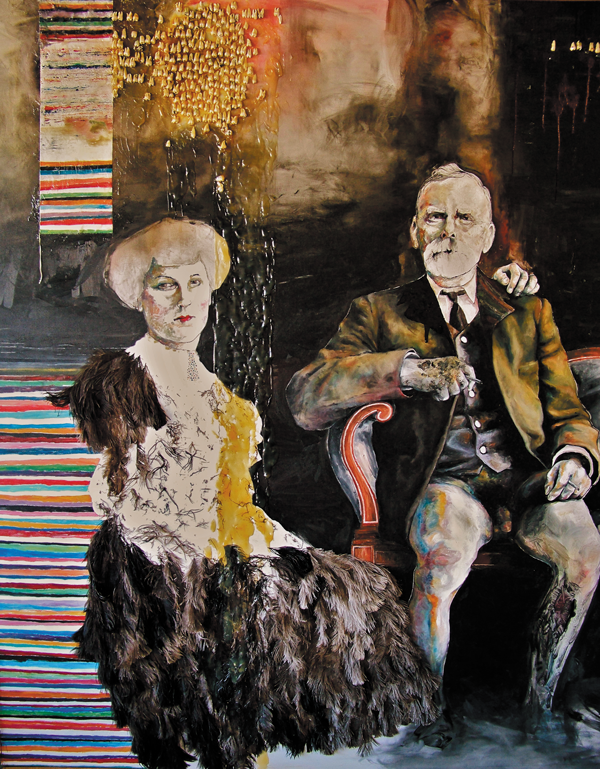 Eric Kasper is a working artist in Phoenix and a native. He’s been making art for about 10 years and was previously represented by monOrchid gallery. He plans to show in Phoenix sometime in mid-2016.