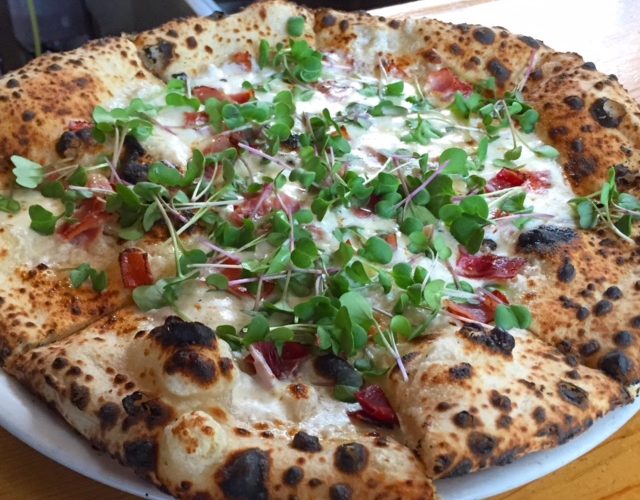 Flagstaff Foodcation: An Insider’s Guide to Eating, Drinking and Being Chilly 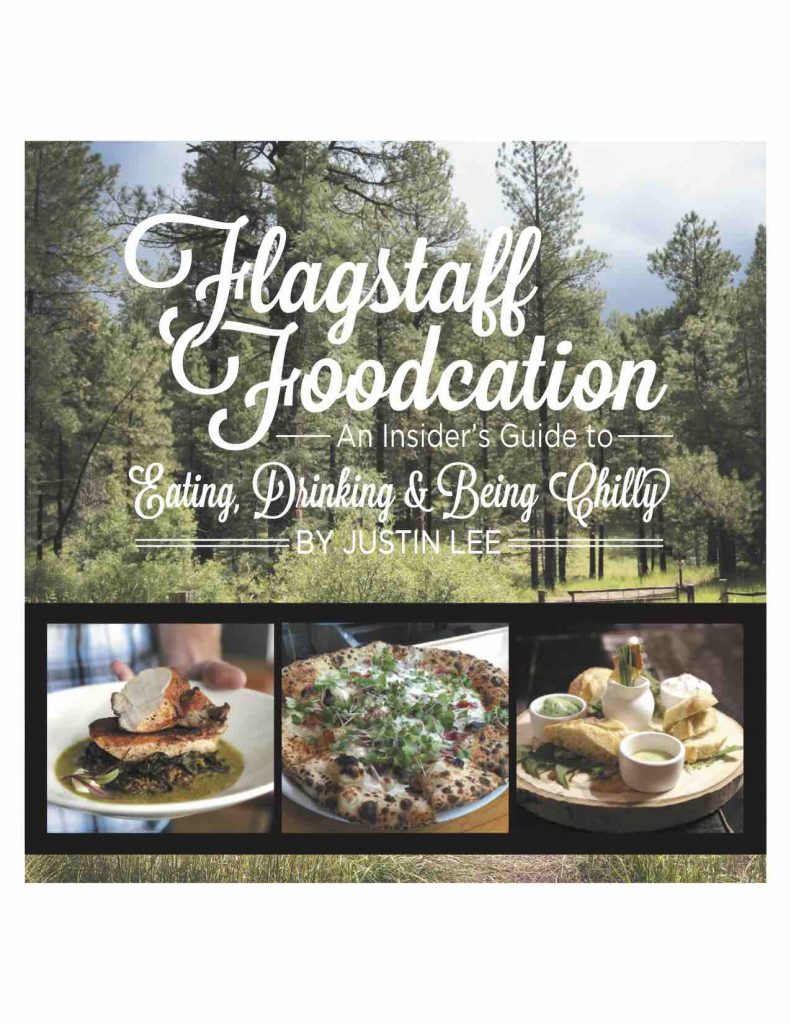 Something happened to Flagstaff.

Once a repository for all-too-familiar roadside eateries and any-town franchises catering to unconcerned lowlanders on layover, Flagstaff is now enjoying a very big moment in food. From dining to booze and of-the-moment culinary culture, if you don’t already know—go. It’s an insider’s paradise no more.

The corporate dining scourge along the city’s main drag, Milton Road, remains inescapable for those who eschew thoughtful effort, but a few turns off-track open up a high-spirited mountain city on the rise. Restless, talented young chefs, resourceful culinary minds, and forward-thinking entrepreneurs are gravitating and taking root in a community once established as a dining afterthought, even for locals. 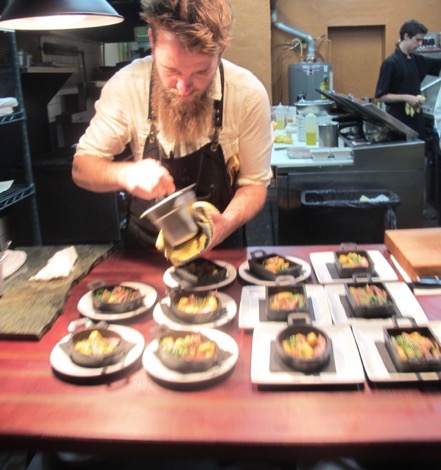 For weekend pilgrims throughout Arizona, particularly those from the Phoenix area, Flagstaff has always been the effortless promised land: a quiet, even-tempered alpine go-to that is both a high-altitude shield to the summer’s frying sun, and a winter reward when 85 degrees in December feels like punishment for our sprawling suburban sins.

Where Sedona feels exploited, Prescott is swamped in nostalgia, and the White Mountains in the eastern part of the state are, well, not ready for prime time, Flagstaff has always been the youthful, approachable choice in the middle—a simple transaction, the reward being the escape, and the contrast being the scenery and weather. Now, it’s also a dynamic place to eat and drink well. 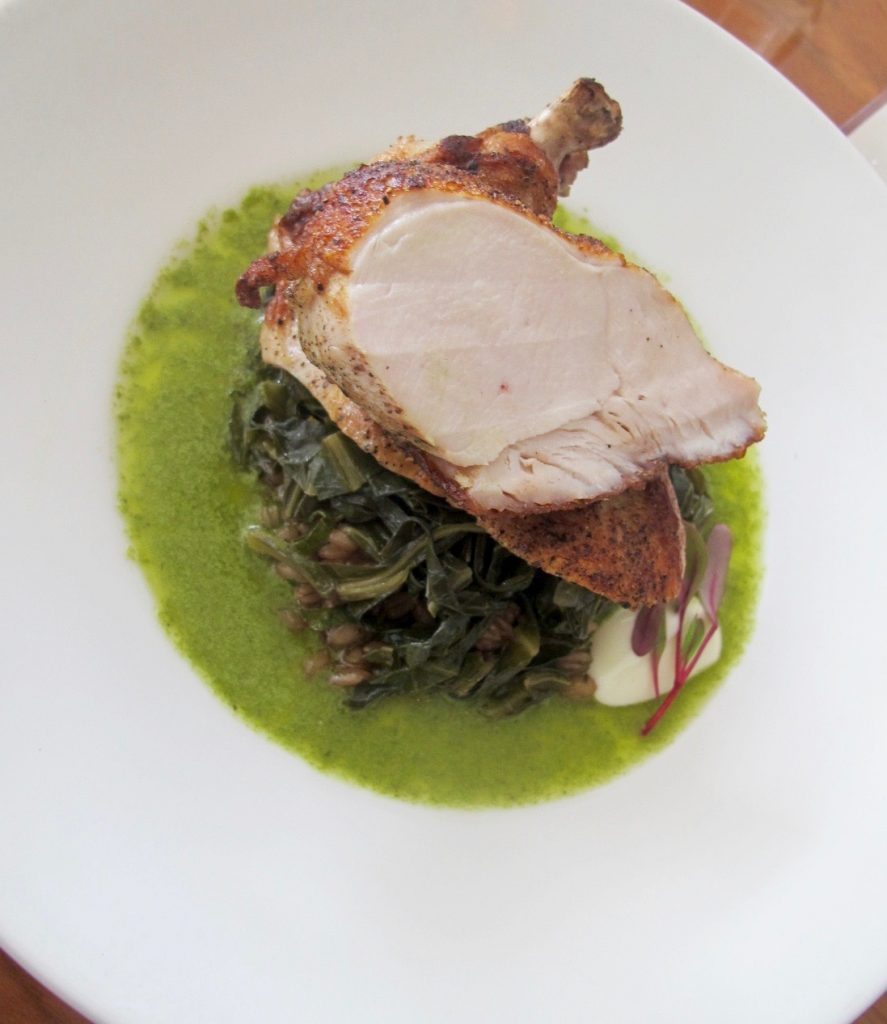 One commendable, if not oversold, trend at restaurants in buzzier markets is the idea of farm-to-table. At many of Flagstaff’s most relevant restaurants, both high-end and everyday, before your food ever touches the plate, there’s a good chance that it isn’t just sourced in Arizona—it’s likely grown, foraged or plucked from within a few miles of your table. This fundamental ethos of food sourced locally and ethically is thankfully much more than menu rubber-stamp in Flagstaff.

Beyond customary staples like local produce or farm-raised meats and poultry, Flagstaff chefs and restaurants want more to play with—from increasingly popular late-monsoon mushroom foraging to ingredients more fragile and temperamental, such as bitter greens, wild berries, edible flowers and, yes, crayfish. As the seasons change and bloom, it’s now a sport among top local chefs to explore the nature that surrounds them in a sort of rigorous experiment to find out what “Flagstaff food” truly means.

Flagstaff’s most revered fine-dining altar to what can be used, deliciously abused and reimagined when it comes to northern Arizona’s bounty, Coppa Cafe has become a case study in tireless culinary creativity and experimentation. With menus that change as often as the weather outside, chef and co-owner Brian Konefal, along with his enthusiastic team, orchestrates one of the state’s most influential foraging programs. Konefal, in an act of bright-eyed determination, rummages neighboring foothills, valleys and forests almost daily for inspiration. Ingredients that don’t make that night’s cut often become laboratory-like fodder for discovering what can be finessed, pickled or otherwise transformed for debut another day. 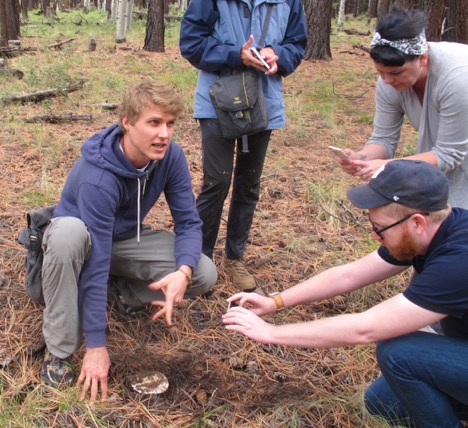 Up the road in the progressively cool Southside neighborhood, just off the railroad tracks near downtown, exists ground zero for what represents Flagstaff today—and where it can go tomorrow. A patchwork of pre-war warehouses, mid-century motels and turn-of-the-century houses is reincarnating into new independent businesses, restaurants, bars, breweries and more.

Case in point: Pizzicletta. Already one of the city’s dining firebrands, the popular pocket-sized pizzeria is now one of the most celebrated pizzerias in the country. Wedged inside a thoughtfully restored 1920s flatiron, Pizzicletta has become hallowed ground for impassioned pizzaiolo Caleb Schiff’s ideally chewy, wood-charred, Neapolitan-inspired pies. Traditionally, leavened dough, made without commercial yeast, is the secret to their signature pockmarked pies. Thirsty? Swing around the corner to the famous, and rightfully so, Mother Road Brewery pre or post Pizzicletta for their prize-fighting parade of distinguished, handcrafted beers on the patio. 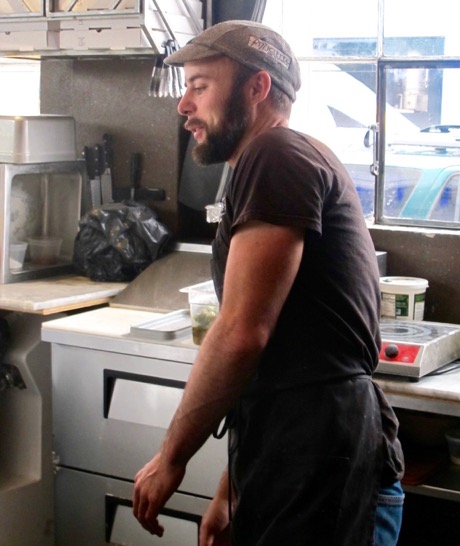 For dinner in the neighborhood, any visit to Flagstaff would suffer without the inclusion of Tinderbox Kitchen, the indisputable pioneer among the city’s new wave of tent-pole dining over the past decade. Pushing local boundaries early and forcefully, Tinderbox Kitchen’s forward-thinking menus are steered by talented rising chef Derek Christensen, who sharpens the restaurant’s focus squarely on the same hyper-local sourcing that the ever-unfolding backyard of Flagstaff provides. Or opt for slightly more straightforward comforts at next-door Tinderbox Annex cocktail lounge, where you will find well-curated booze, a capable bar staff and a limited chalkboard food menu featuring colossal charcuterie boards and one of the city’s best, if over-the-top, burgers. Sorry, Diablo Burger. 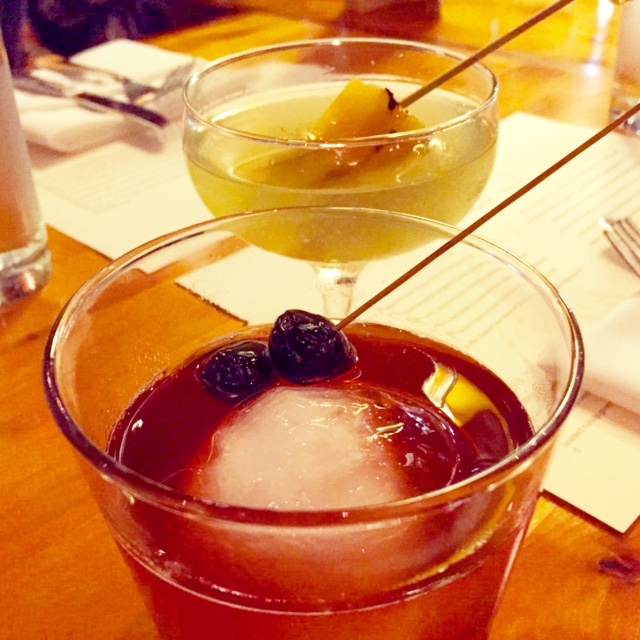 Longtime Flagstaff chef David Smith, whose star-studded resume lists some of the state’s top restaurants, has helped launch what must be the city’s most talked-about new spot: Root Public House. This stunning two-level destination along South San Francisco Street spearheads what could be described as the city’s latest wave of high-minded dining. It features a modern if not eclectic menu of comfort foods, both global and closer to home, as well as a smart, seasonal cocktail program. Tip: the rooftop bar at sunset is a matchless local experience.

While the Southside neighborhood monopolizes most of what’s new and compelling in the city, downtown Flagstaff is also enjoying a renewed lease on life beyond the sundries, gimmick shops and hum of rudderless tourists. Must-dos are the lineup of new watering holes, like the stylish, re-tailored upstairs wine bar, eatery and bottle boutique FLG Terroir. Also, The Commerce, located on the former site of Flagstaff’s storied Commerce Hotel, has quickly become the city’s terminus for serious craft cocktails, featuring a menu that incorporates largely Arizona-distilled spirits. 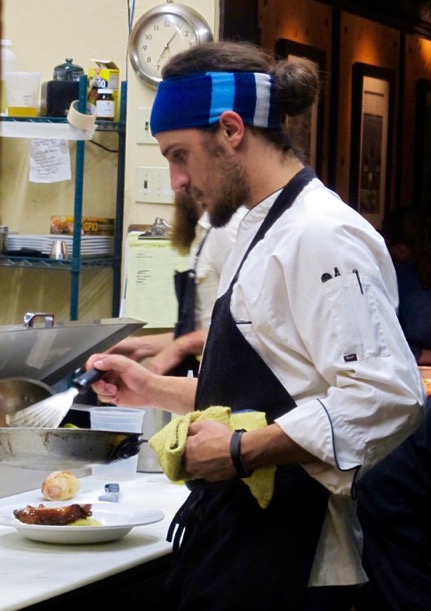 For sunrise seekers, solace, caffeine and sugary morning carbs can be secured at Tinderbox Tourist Home, the latest concept by T-box owners Kevin and Scott Heinonen, in the Southside neighborhood. For something more sinister, spicy and south-of-the-border, wake up at downtown’s classic diner, MartAnne’s, over a plate of their infamous and oh-so-glorious chilaquiles. “Christmas-style” and another cup of coffee, please.

No longer in the shadow of Phoenix, Flagstaff has quietly changed. What used to be a high-elevation playground for locals in the know—artists, activists, students, outdoor enthusiasts—Flagstaff hasn’t just come of age, it’s come due. This is no more visible than from a seat at one of the city’s most sought-after tables. 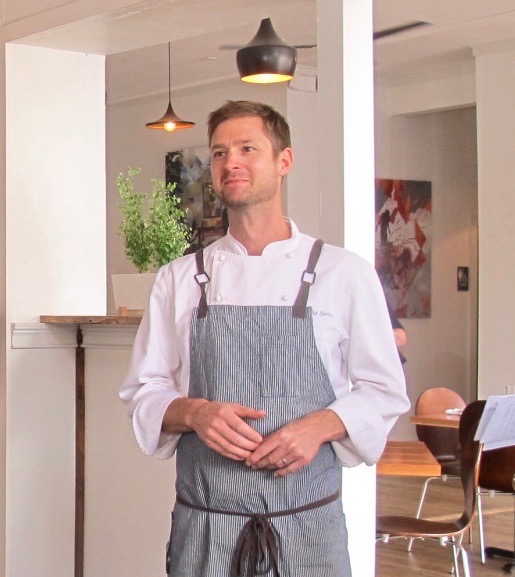 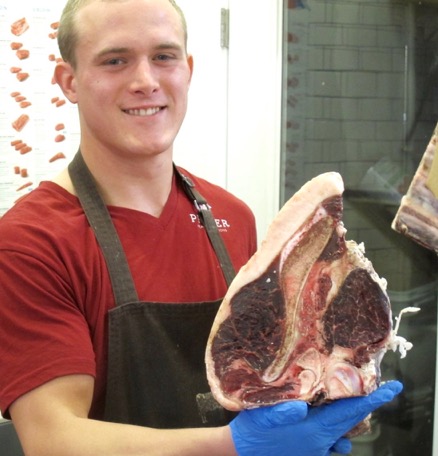 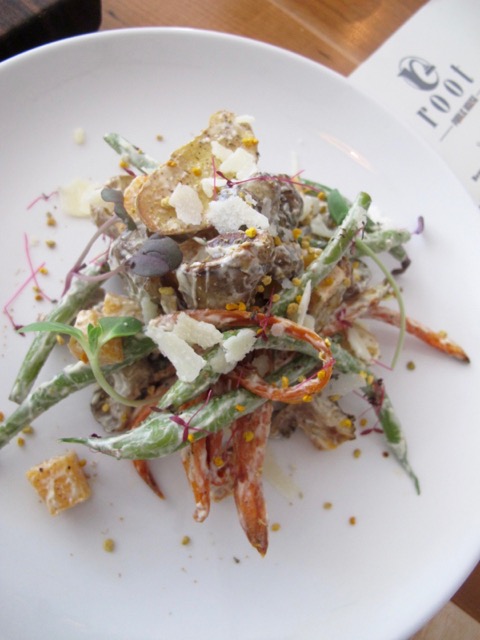 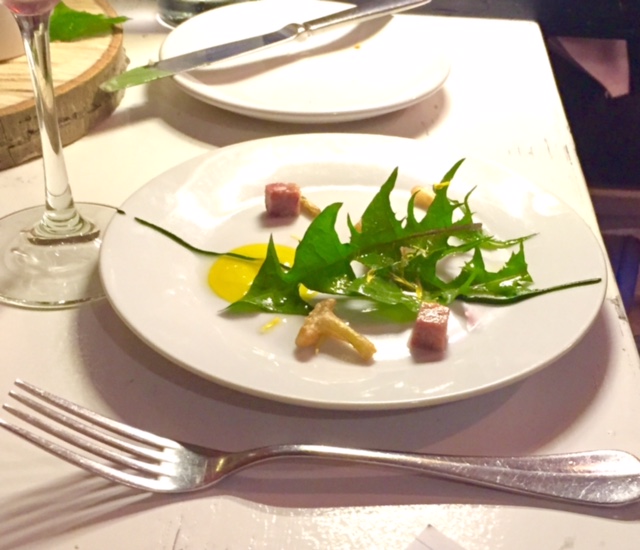