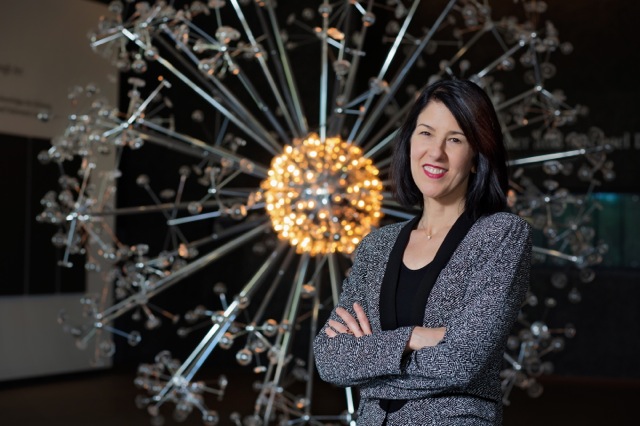 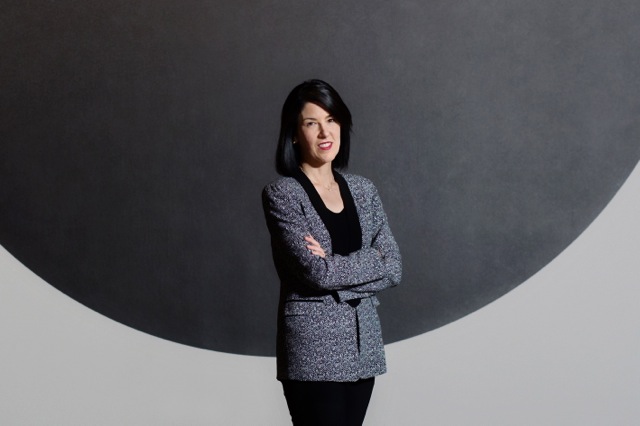 Amada Cruz has lived in many different large cities and worn many hats, career-wise. But the main artery that runs through her entire curriculum vitae is simple—it’s art. About a year ago, she was named Sybil Harrington Director of the Phoenix Art Museum (PAM).

Cruz was recruited to PAM from her previous position at Artpace in San Antonio, a large artist residency program (not to be confused with Artspace, a different program based in North Carolina). Artpace, founded by Texas philanthropist Linda Pace (lindapacefoundation.org), is 21 years old. The program supports three artists per year: one local, one national and one from abroad, for specified periods of time. Cruz served at Artpace for two years, first as a guest curator in 1996 and again after she was asked to return a couple of years later to work full-time.

Prior to working at Artpace, Cruz served as program director at United States Artists in Los Angeles, a non-profit organization—supported by the Ford, Rockefeller, Rasmuson and Prudential foundations—that awards unrestricted grants of $50,000 each to dozens of working artists in the United States each year. 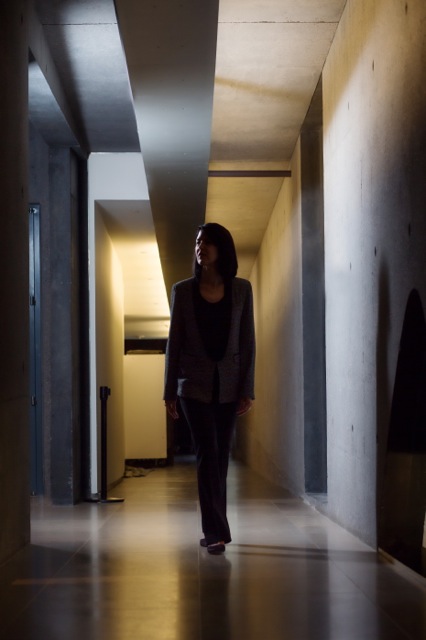 “It was fascinating. I did that for seven years, and I feel like I got this very privileged view of art across many disciplines,” she says. She served on many panels for these grants and reviewed countless applications. This helped inform her of what was really going on in the trenches of contemporary visual art. She worked to balance the list of nominators with experts from many different disciplines. “People who run regional grant programs often have a very specific expertise that we could utilize,” she says. “It was interesting.”

Cruz also served as an executive director at Artadia: The Fund for Art and Dialogue in New York City. “After I left that job, I realized that I had a much more interdisciplinary approach in terms of what I consider good art,” she says. “I should reword that: an appreciation for interdisciplinary practices. For example: someone who is a dancer who is also a spoken-word artist. I didn’t realize how much of that hybridity was actually happening in all these artistic fields. And I gained a much better appreciation for that.”

Working with a myriad of interesting contacts and perusing the Internet for research, Cruz says she’s constantly assembling new plans and ideas for PAM. For example, this year the museum will launch more docent-led talks in Spanish. The entire museum is already in the process of updating its signage and displays to bilingual. 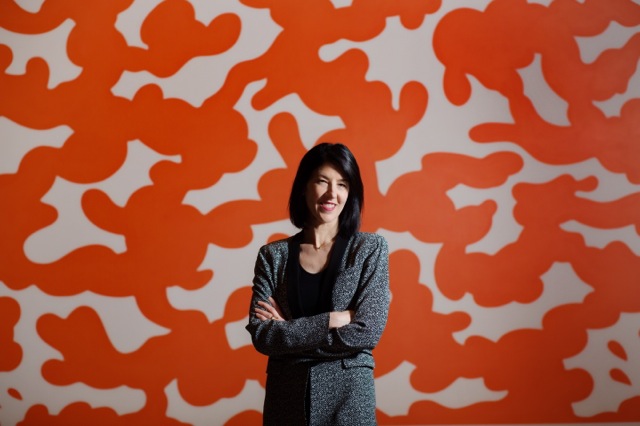 Cruz keeps her ear to the ground and takes in feedback from sources far and wide, but she especially enjoys working with artists. “You have casual conversations with artists that you know,” she says. “It’s nice to have those resources—those people I can call. I have a lot of artist friends. And when I started working in the museum world, I worked with many young artists on projects and commissions. Dialoging with living artists is exciting to me. I don’t know how Velázquez created Las Meninas, but I know how these living artists create their works.”

Cruz was born in Havana, Cuba, and emigrated with her family when she was only nine months old. She received exposure to the arts at an early age because her family believed that having cultural experiences was important. She grew up on the East Coast, living in proximity to Boston, Washington D.C. and New York City. Her parents are both attorneys. She says that in her household there was an appreciation for many forms of art, from live music to visual arts, theater and ballet.

Cruz interned at the Guggenheim Museum part-time while she was a student at New York University. “My very first job was as a lowly intern working on a show called New American Artists,” she says. “It was during that time I realized that it would be possible to make a living doing something that I loved.”

“At NYU I had a really important art history professor named Edward Sullivan,” she says. According to Cruz, Sullivan’s passion led many students toward a very deep interest in art. He helped her uncover and connect with contemporary work, as well as the classics. Sullivan’s teaching at NYU sparked Cruz’ interest in the golden age of Spanish art: Diego Velázquez and Francisco Goya. Her interest only grew as she entered the art world as a professional.

After graduating from NYU, Cruz traveled in Europe for a year. When she returned to New York City, she was hired back at the Guggenheim, full-time, as an assistant to a curator. After her time there, she was hired on by the Lannan Foundation to help establish a museum in Lake Worth, Florida. At this job she was “thrown into” the business part of the art world. “I was essentially starting this funky, private museum,” she says. She had to figure out everything from mounting art on the walls to filing taxes and hiring staff. This was also where Cruz met her husband.

The Lannan family eventually asked Cruz to move to Santa Fe to help them open a space there. But instead, she decided to move to the Hirshhorn Museum in Washington D.C., where she became curator of exhibitions. Next she went on to the Museum of Contemporary Art in Chicago and was part of the team that moved the entire collection to its current modern location—the space that it is well known for. Cruz talks about the connection between Phoenix and Chicago and how many people move out here from Chi-town. “This seems like a very familiar crowd to me—I love Midwesterners,” she says.

Cruz recalls a temporary installation that she helped orchestrate, done in the sky above the Chicago museum, with New York City artist Gary Simmons. It was a skywriting project where Simmons wanted the pilot to draw stars in the daytime sky. It took a very long time to locate a pilot who could actually do the job, because in the late 1990s skywriting was a dying profession.

“We found someone out of Boston who had to fly his little plane out to Chicago,” Cruz says. “But what we forgot is that Chicago is known as the Windy City for a reason!” When the wind came up, it smeared the stars across the sky, so they ended up looking a little more like starfish, she recalls. “It actually became part of the piece,” she says. The spectacle left an impression on residents of the city, and for months after, when Cruz gave tours of the museum and she’d mention the project, people would remember having seen it.

As a director, you have to multitask. The fundamental thing is to have a strong vision of what you think your institution should be doing.

After her time in Chicago, Cruz was hired at the Center for Curatorial Studies at Bard College in Annandale-on-Hudson, New York, just an hour and a half outside New York City. Here she led the staff of the center. Most of her work involved running the exhibitions, but she also had the opportunity to teach graduate-level curatorial practice.

The era had a breadth of experimentation. Cruz was introduced to Takashi Murakami, and this was where he had one of his first American exhibitions. Cruz was at Bard for five years, and the proximity to New York City provided an ample audience for her work. “It was far enough away that when I’d invite an artist, there was a little less pressure,” she says. “I think I got more experimentation.”

One of Cruz’ first moves at PAM was to hire a new chief curator, Gilberto Vicero, from the Des Moines Art Center. He was secured with the monies from the Selig endowment. Cruz’ initial goal at the museum is increasing attendance. She also hopes PAM’s website upgrade will be completed by the end of the year. “As a director, you have to multitask,” she says. “The fundamental thing is to have a strong vision of what you think your institution should be doing. My vision is of a really open space, metaphorically speaking, of course—accessible and welcoming. I manage staff and work with the board and donors to make it open and accessible to all.” 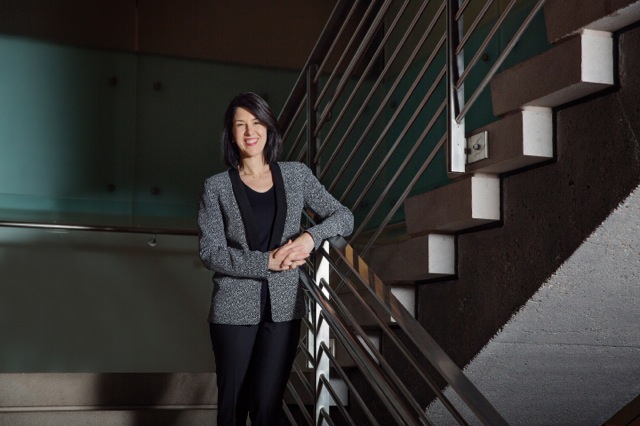 Her first challenge as new director was to get to know the collections quickly. PAM has a unique mix of Asian, Southwestern, and Contemporary art, as well as fashion. It is an enormous and very diverse collection. When asked about the museum’s tradition of showcasing local artists, she said, “I am happy with showing art from here. But I want the BEST art.”

Later this year, Cruz will bring the Cuban artist Terasita Fernandez. Fernandez has shown in Miami and was recently named a MacArthur Award Fellow. Her installation piece Fata Morgana provided shade over walkways in New York City last summer. Kehinde Wiley’s show New Republic, which was exhibited at Brooklyn Art Museum a few years ago, is also coming to PAM this fall.

Later this month, Cruz promises big surprises with Phoenix Rising: The Valley Collects, opening April 16 and running through May 29. She says this exhibit will feature many selections of work borrowed from local Valley art collections, including contemporary works, Asian and Latin American art and much more. Many of these items have never been shown publicly, Cruz says.