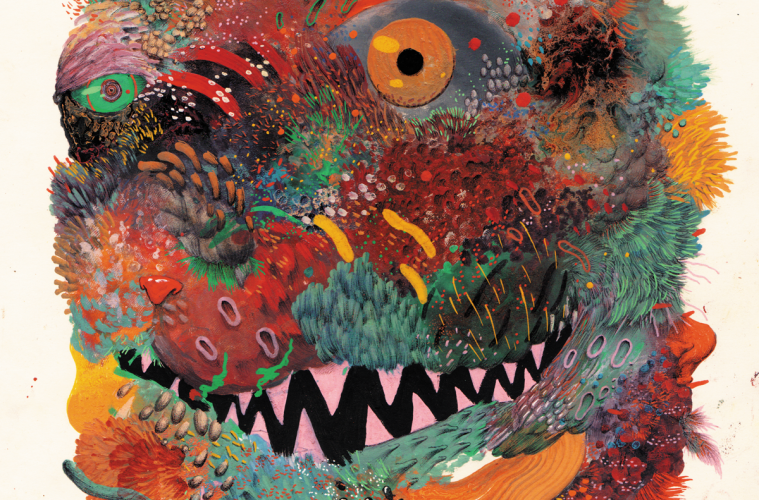 Josh Brizuela will be the featured artist in the opening show at the new Palabra space. He is tasked with delivering the new—embarking on an emerging tomorrow—and there’s probably nobody better in Phoenix for that right now.

Brizuela was raised in the greater Phoenix area. In high school he didn’t talk much at all, but he created a vocabulary of communication between himself and his peers through his sketches. “I would listen to kids who were just talking without recognizing what they were saying,” said Brizuela.

“It felt like a snapshot of time. I would turn their words into art. I was literally translating a moment through drawing, which was the only way I really expressed anything.” 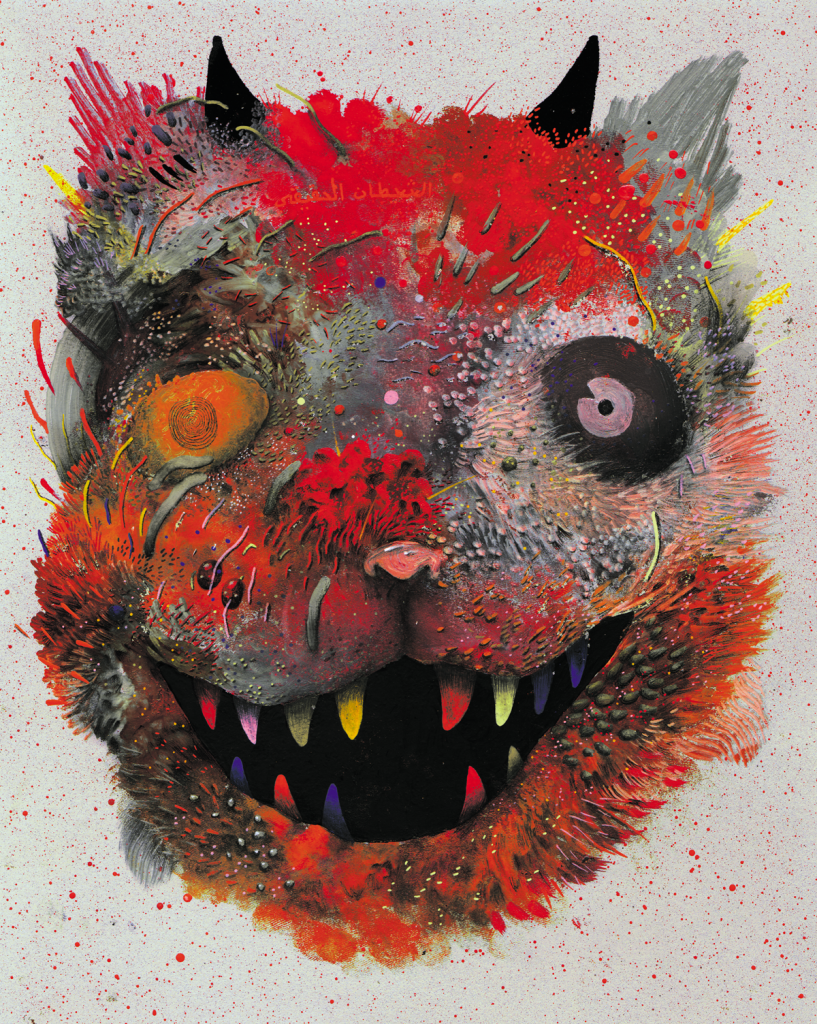 People were connecting with his art in school, so Brizuela decided to start Bask, an online gallery and t-shirt design company that prides itself on giving the artists all the profits from their sales.

Brizuela’s upcoming show is titled “Out of the Blue,” and it really speaks to both the artist stepping out of a depressive summertime funk and Palabra embracing a new chapter in its new space. There will be a live jazz band and a new performance series, which Palabra plans to continue in the future. 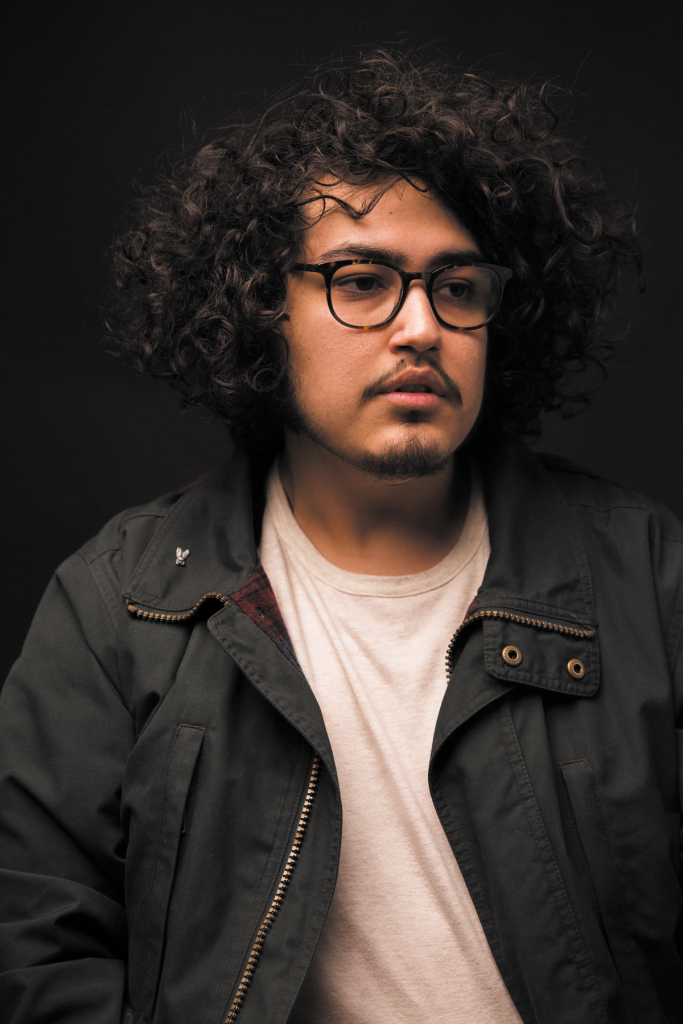 For Brizuela, this show is about finding balance in everything. He hasn’t experimented with colors for very long, but he isn’t holding back, implementing a wide assortment of hues and even colored backgrounds. His first show with Torres was in 2013, and the two have built a great deal of trust. Brizuela feels as though Torres is someone who respects the potential of youth (Brizuela is 21 years old) and the undiscovered.

“I think a lot of the older cats are afraid of learning. Jorge is not scared. It’s just a matter of bringing new ideas through Phoenix. It’s all just risk, but I think in terms risk.” 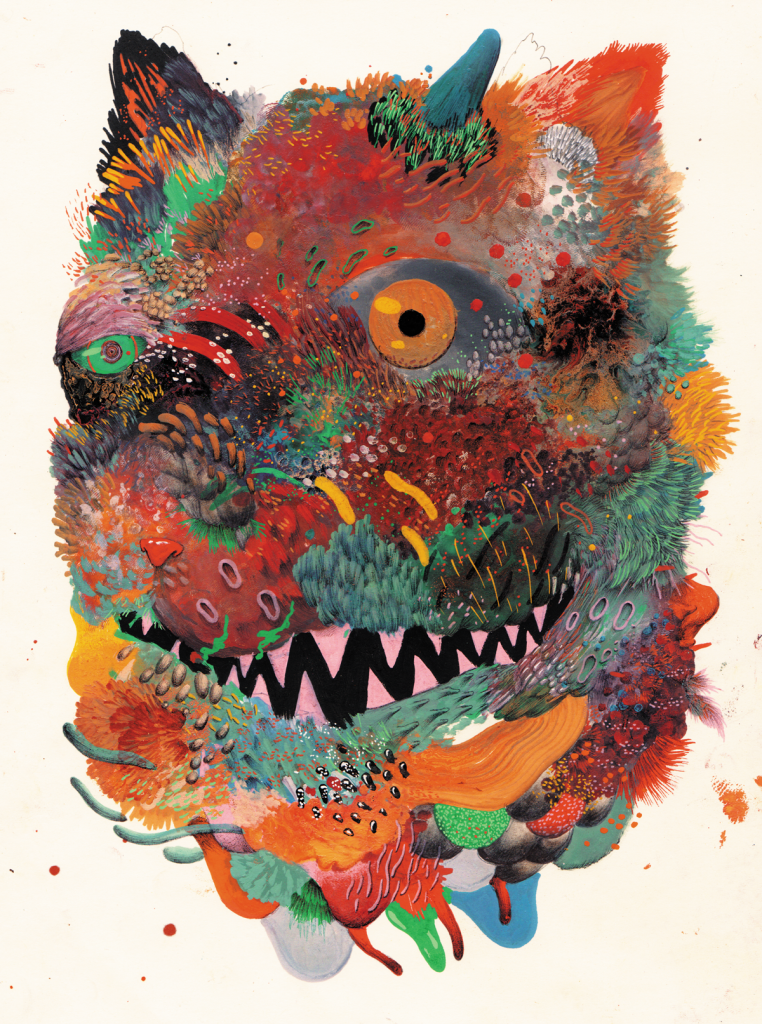 Brizuela fits perfectly in the branding of Palabra—especially in light of the new space. He considers himself an underdog in a scene that often caters to artists based on reputation and ability to network rather than on talent or growth. He feels that the youth can be the arbiters of talent, with the Internet acting as their gallery.

With Brizuela, Torres is trying to bring together youth and the mainstream in a way that will challenge Phoenix. Torres believes that the future of Phoenix rests on the shoulders of the youth and those in the shadows—not necessarily the people already in the spotlight. An important component to curating for Torres is keeping artists in Phoenix. He wants to develop and create an underground culture in Phoenix for artists of all types to thrive and feel welcome and ultimately remain here.