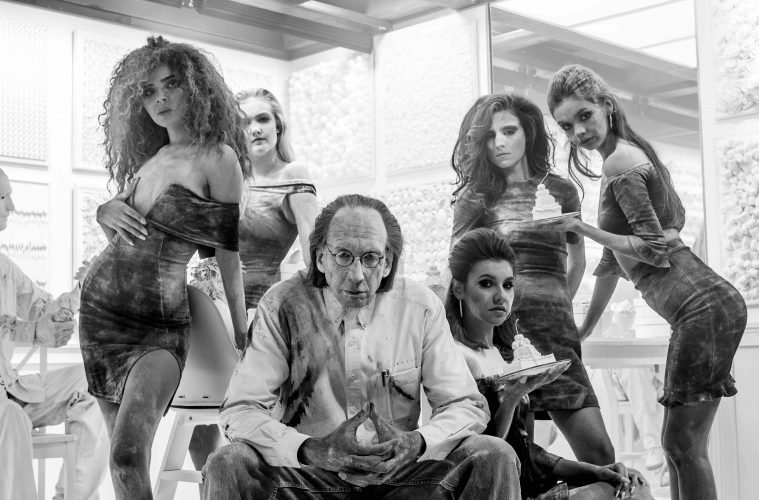 Bill Tonnesen Flushes Out the Lavatory 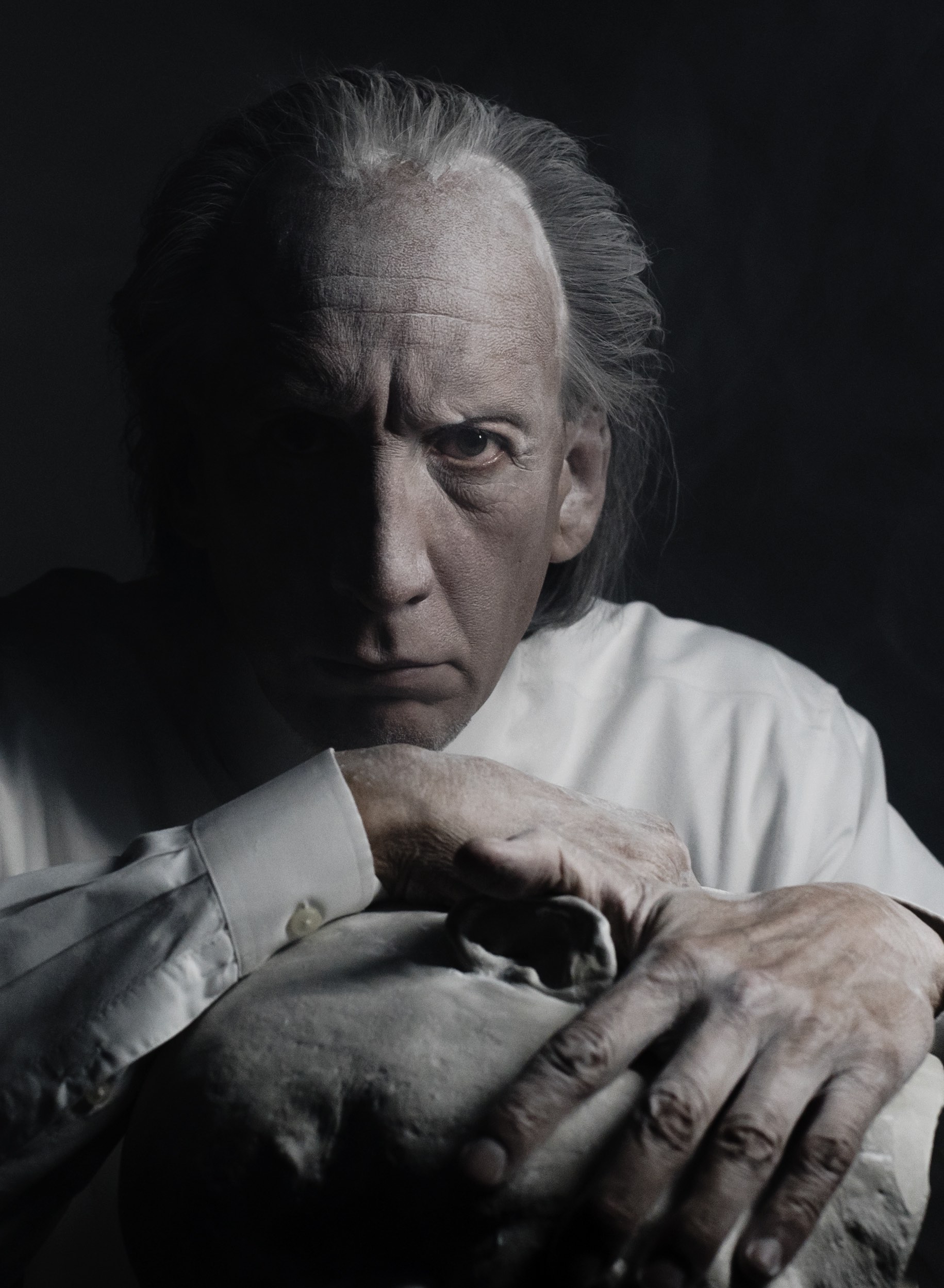 Within a large subterranean interior space, a tall figure guides people toward a light under the floor. The picturesque group is dressed in matching white jumpsuits; white powder covers their faces. The figure tells them to put their hands over the orb of light, and they follow his direction without question. The atmosphere is one of religious piety and is visually mesmerizing. This is not a cult gathering that we are witnessing, but a photo shoot at a new immersive art installation called the Lavatory. The person overseeing it all is artist, designer and developer Bill Tonnesen.

It’s hard to pin down exactly what the Lavatory is or what it will ultimately become. One thing is for sure; the Lavatory is undeniably direct from Tonnesen’s mind. His unflinching vision, and the past controversies that have arisen from his relentless pursuit of said vision, have been well documented. Never one to back down from a challenge, Tonnesen is undertaking his newest and boldest project yet.

Tonnesen’s current obsession was sparked by a wave of immersive art exhibits that have popped up nationally and internationally. This new form of entertainment runs the gamut from blissed-out selfie factories such as Happy Place or Candytopia, to more high-minded projects like Meow Wolf or teamLab Musuem. The Art of Ice Cream Experience opened last year in Scottsdale (not to be confused with the more well-known Museum of Ice Cream that took place in Los Angeles and other major cities). “I was introduced to the idea of these kinds of destinations,” Tonnesen said. “That’s what got it going. As I investigated, I realized that I wanted to jump in with both feet and do it myself. I feel like I was born to do it.” 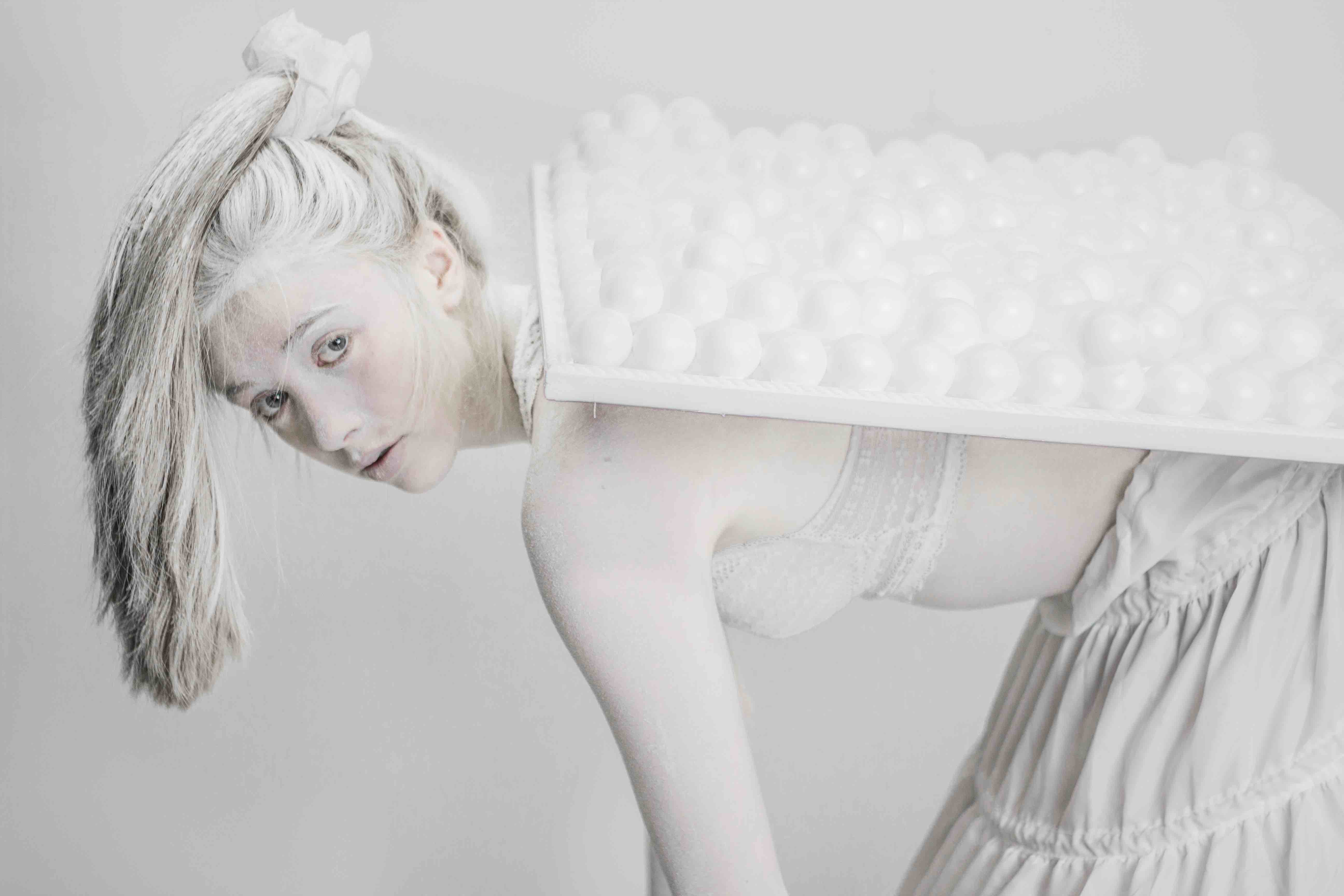 These immersive art spaces have their genesis in the installation art found within the fine art world. Popular exhibits such as Yayoi Kusama’s Infinity Mirrors or Random International’s Rain Room have given us inventive museum-quality experiences, as well as Instagram-ready visuals.

Most of the recent pop-up exhibits are far from fine art, though. As millennials continue to eschew the consumption of objects and seek out more real-life experiences, these interactive art installations are literally popping up in metropolitan areas around the globe.

One large-scale exhibit garnering media attention is Happy Place. Visited by more than 100,000 during its sold-out run in Los Angeles, it then moved to Chicago over the summer and will open in Toronto in November. The company’s website describes Happy Place as a “massive pop-up experience filled with larger than life size installations, multi-sensory immersive rooms, and dozens of moments curated to Capture Your Happy.” Aspirations for places of this ilk are to create lasting experiences, but most visits turn primarily into a quest for the perfect Instagram moment.

At the far end of the spectrum is the MORI Building DIGITAL ART MUSEUM: teamLab Borderless, which opened in Tokyo this summer. A team of interdisciplinary artists, made up of professionals who specialize in programming, animation and engineering, has created the first all-digital art museum. Their end goal is more ambitious than the typical pop-up art environment, with an interest in exploring the relationship between humans, nature and technology. Nevertheless, the project provides opportunities for killer selfies.

Somewhere within this spectrum is the Lavatory, where Tonnesen aims to turn the notion of the selfie factory on its head. These temporary exhibits inspired him, but make no mistake, he is motivated to do something completely different and much closer to his own sensibilities. “I’m not after the bright colors, the fluorescent lights. They’ve got a lot of interesting components, but that isn’t what I would do,” he said. “There was a common thread when I went to see the Happy Place and the Museum of Ice Cream. What I saw was a candy-coated Barbie-land, and I’m going the opposite direction. The Lavatory is not for everybody.” 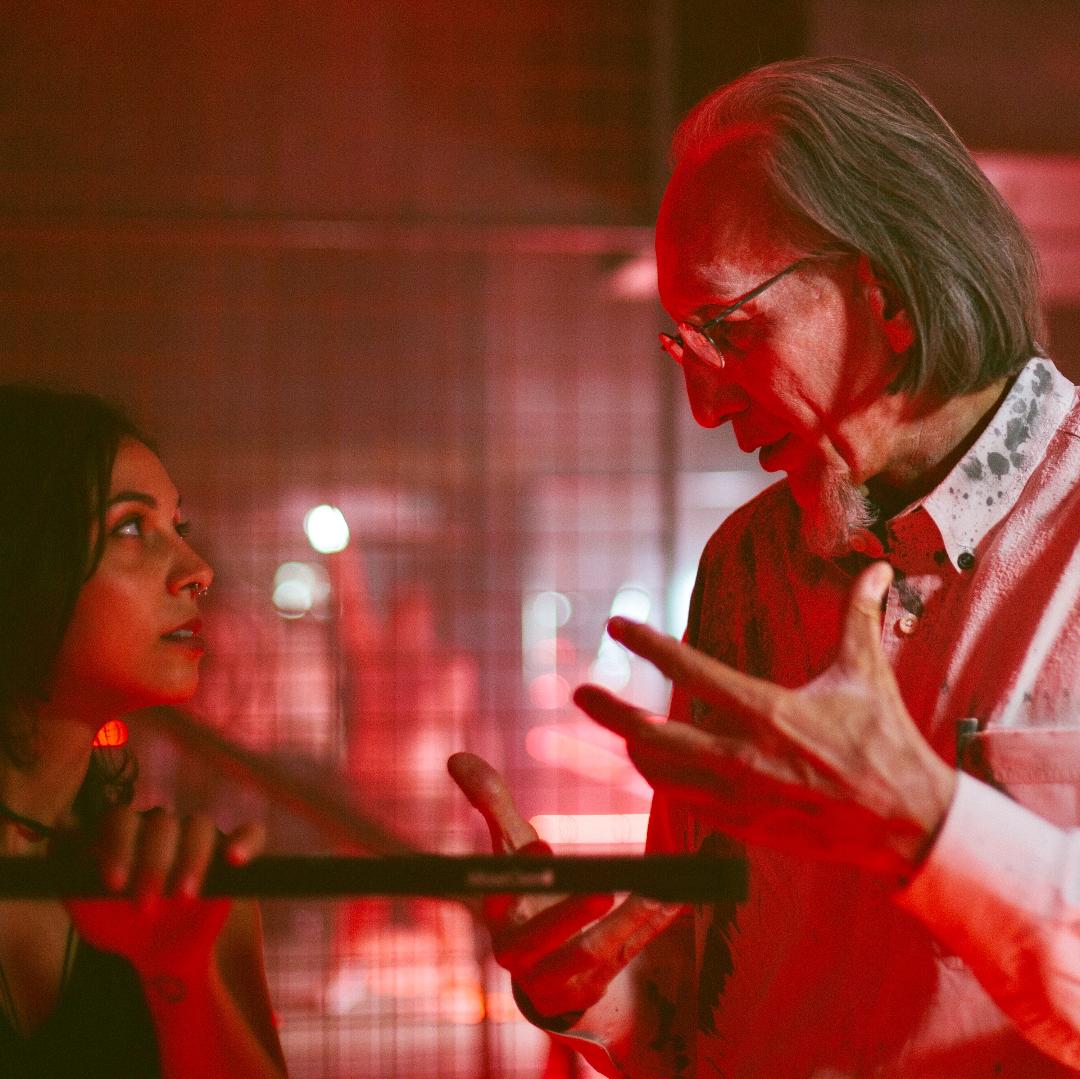 Many of these immersive art installations are temporary and travel to different cities. Tonnesen is developing the Lavatory to be a permanent destination in Phoenix. Currently, the interior space is cavernous, with raw block, unfinished surfaces and exposed wiring and ductwork. There are glimpses of his eventual vision throughout the space. The cast sculptures of human figures that he is known for are strewn about. Reams of toilet paper rolls adorn a wall like some kind of minimalist bathroom shrine. One can only imagine the finished results, but for now Tonnesen is too busy having fun creating in the moment to really care.

The Lavatory is being fashioned gradually as thoughts of art, sugar, cash, urine and even feces permeate Tonnesen’s mind. At any given moment, he can think something up, create a sketch, and by the next day his crew is busy bringing it into existence. This method of creation can be both challenging and rewarding. “There’s the good and the bad,” he said. “The good is that when an idea surfaces that has merit, we move quickly, because we control everything. We’ve got the men, the materials – we have everything. The bad is that you can end up spending yourself into oblivion.”

The final outcome of the Lavatory is still up in the air, but certain features are firmly in place. We know it will have several thematic rooms. A blindingly all-white room with endless textures, featuring sculptural figures sitting at some kind of game table, appears the closest to being finished. There are plans to fill the floors with mounds and mounds of sugar. There’s the Gallery, where notions of scarcity in fine art are questioned with the use of mirrors. There’s a room filled with portable toilets similar to the ones found in outdoor music festivals. Their interiors will contain surprising enhancements, and they might even act as portals to other unknown places. 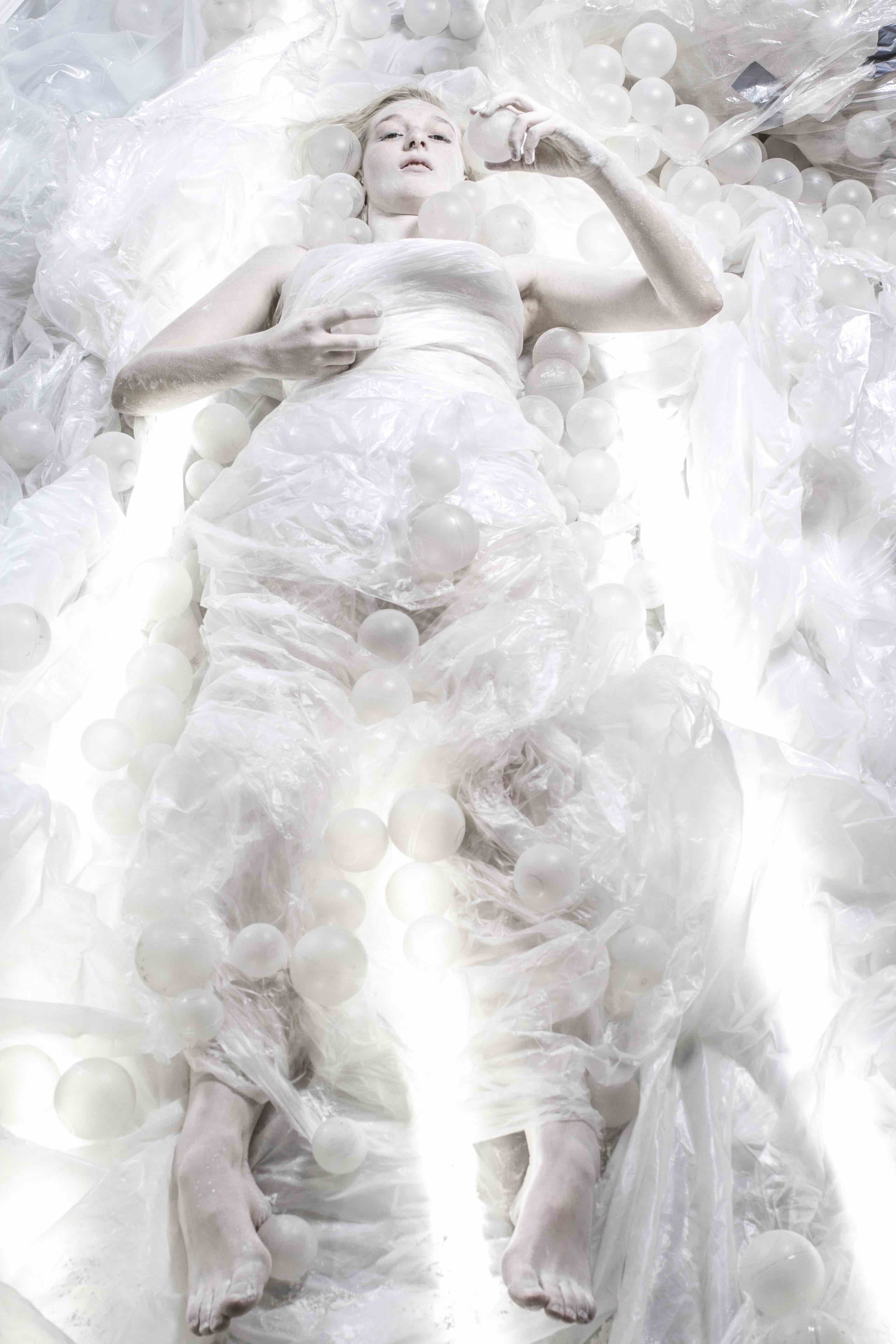 Another room will require all visitors to sign a non-disclosure agreement in order to enter. The secretive nature of the room is due to a surprise element that Tonnesen wants to preserve. “I’m trying to create the most memorable experiences, room by room, that I can,” he said. “So it’s been an ongoing process. There’s been an evolution. Every single room has gone through changes. When we see a need, we act on it right away.”

The most ambitious and largest room is the Pit. Tonnesen doesn’t want to give too much away, but it’s precisely what it sounds like. It’s a large underground chamber in the main room that required excavating 300 tons of dirt from under the building. He plans to have a mechanism that discharges 120,000 clear plastic balls pneumatically onto a giant net that will hang over visitors, so that conceivably the balls will cascade down and engulf them. There is a large turbine that will enable Tonnesen to produce different moods and generate the environmental condition he chooses.

“What I want to do in the Pit is create a kind of instrument,” he said. ”Meaning, I want to give people the tools to create an experience. What I’m thinking about is the atmospherics, the lighting, the movement of the balls, the mirrors, sound undulation and the temperature, all of those things.” The Pit is already remarkable in its unfinished state and is sure to be a visual spectacle when completed. 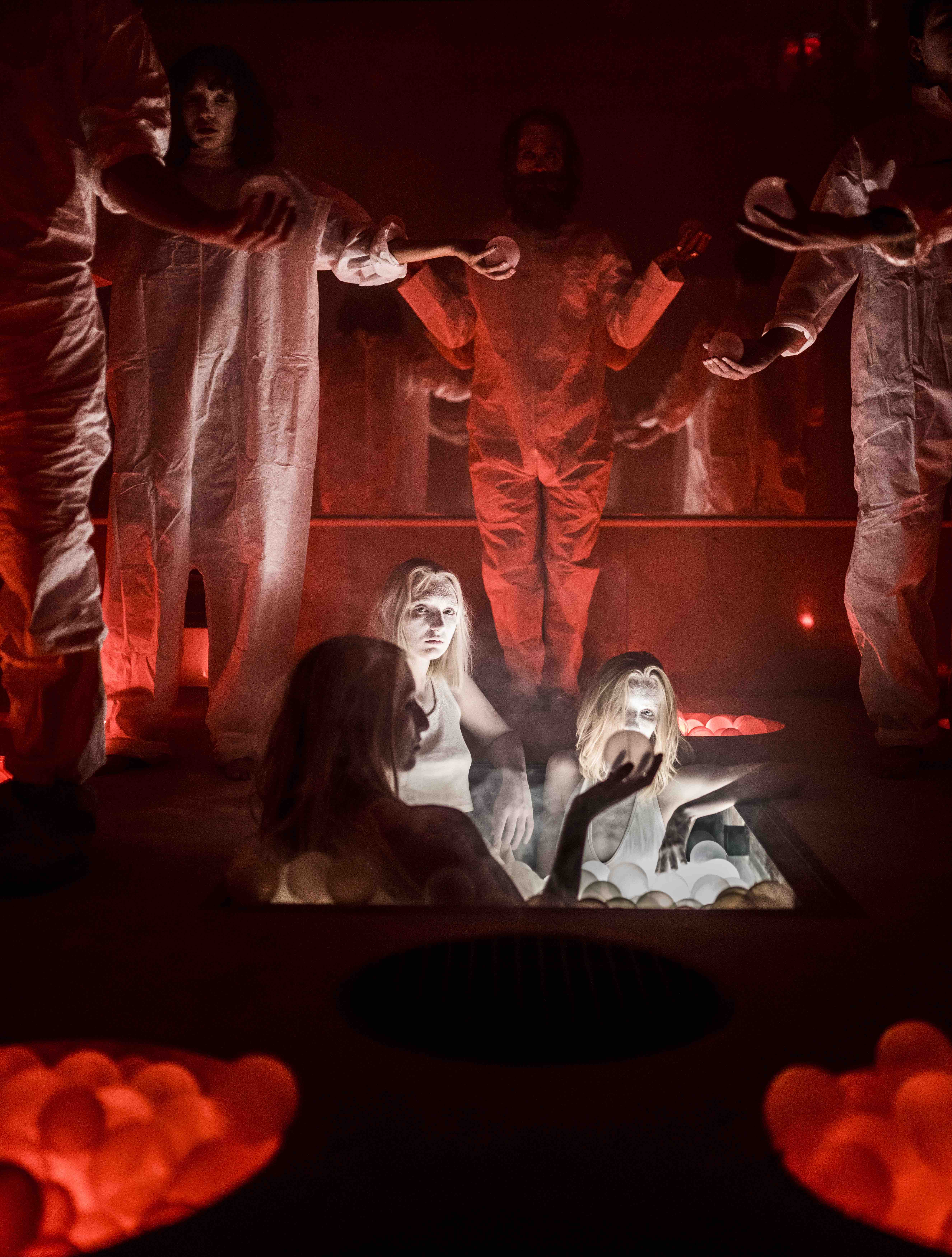 An essential and distinct aspect of the Lavatory in relation to other exhibits is its theatrical component. Unlike other immersive art installations, Tonnesen is recruiting professional actors to complete his vision. He wants visitors to not just look but be engaged and possibly provoked. Actors will be interacting with visitors in a way that will make them think. In this sense, Tonnesen is truly curating an experience, not just a selfie opportunity. “I want to create a dramatic experience that is unexpected,” he said. “That’s the bottom line. At every turn, the more unexpected, the better.”

Mikey Butzine and Michelle Meyer, both Phoenix artists, have come to the Lavatory to take part in the aforementioned photo shoot and are excited about the ongoing project. “The ambiguity is what is beautiful, because you can look at it and just be pleased, or if you really want to get involved, you can,” Butzine said. “We both are trying to figure out what this place is trying to be. To this day, I still don’t totally get it, and that’s one of the most enticing things and why I’m so intrigued by it,” Meyer adds. “Enough people in the network have already jumped into the buzz about what’s happening within these walls. But there is a mystique because there isn’t a clear definition of what you’re going to experience here.”

How popular the Lavatory becomes will not be the decisive indicator for its success. The fact that we have Bill Tonnesen even attempting such an audacious project is. We might not know the final outcome for a while, but the journey is guaranteed to be more compelling than any art project we’ve seen in the Valley for a while.

Next up for Tonnesen is the Dumpster Show slated for October 26. He will be working with Weezy’s Playhouse to produce a fashion show featuring trash as the medium and the Lavatory as the runway. 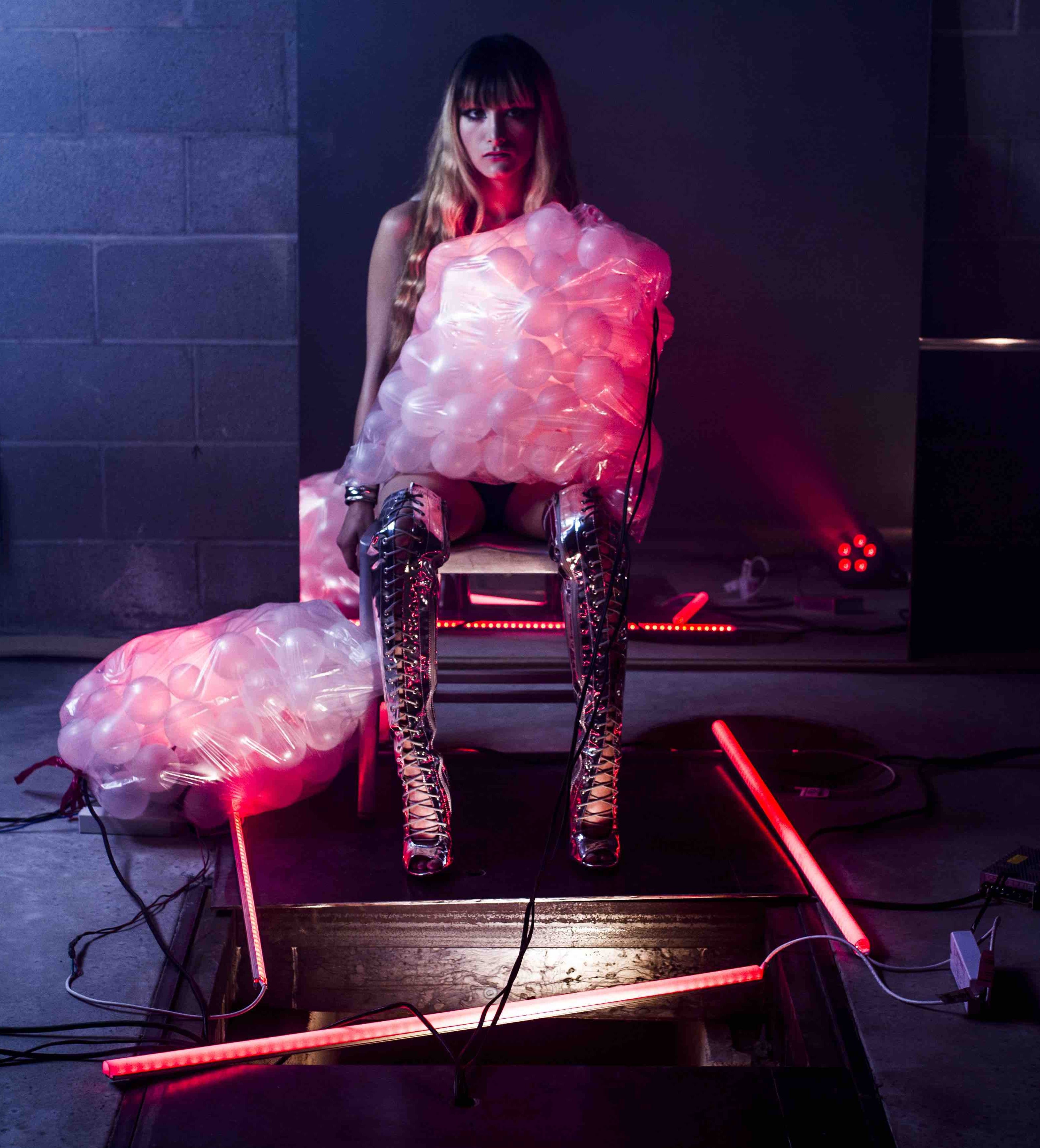